Well, in most cases, anyway.

We’ve stayed put here at Ellesmere, it’s handy for the visitors we’ve had. Val and John came over yesterday, bringing Val’s iPad with a cracked screen, and a replacement sourced off good old ebay.
I’d not changed one of these before, but there’s a handy video on YouTube…

Getting the old one off was the hardest job. 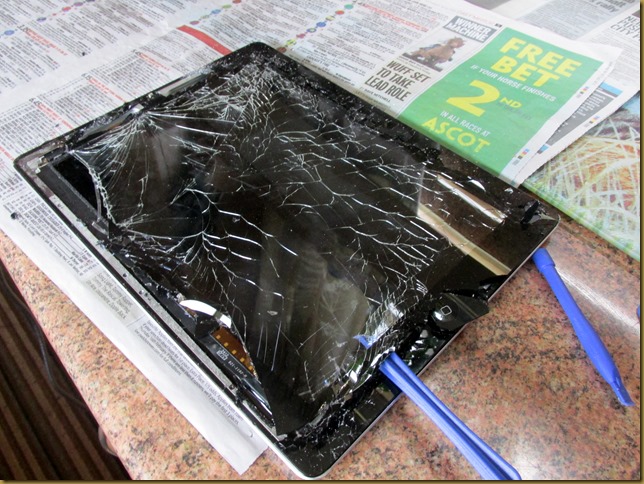 Finished and working again, what a relief! 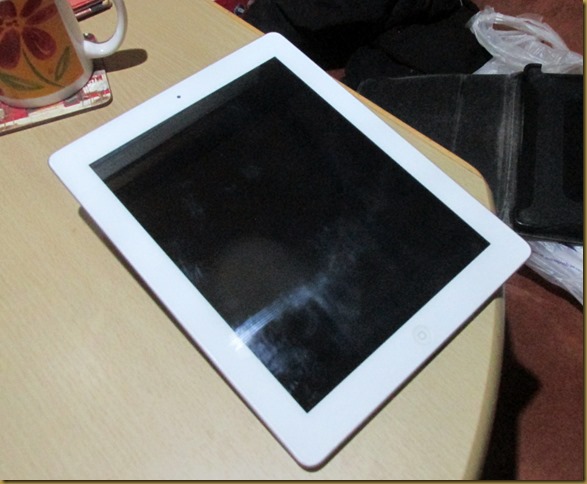 I’ve also serviced and tested the Webasto Thermotop water heater, now set aside as a spare while the Eberspacher remains reliable after it’s recent rebuild. 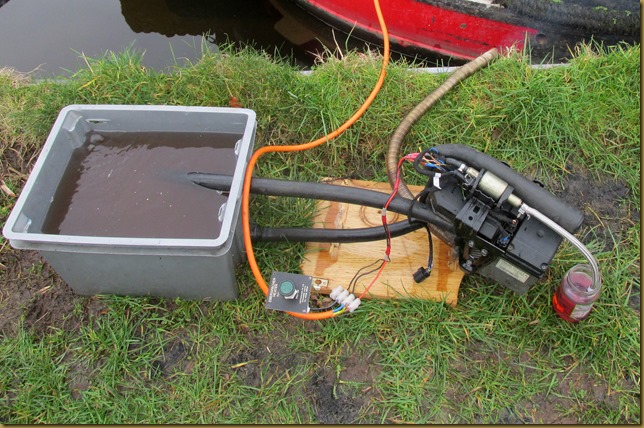 And finally I’ve recovered my Eric Clapton blues CD from a new radio/CD player that was faulty and refused to give it back!

Our old radio died with a smell of burning, pretty terminal I guess. So I thought I’d get a replacement off ebay (again!), new but cheap. Too cheap, I guess, it didn’t work!
Well, it did, partly. But none of the buttons on the removable front panel did anything, the functions only worked from a remote control unit that came with it. I put the aforementioned CD in the drive to check that out, without realising that the eject button was one of the non-functional ones on the front!
I’d bought it from a UK supplier, but my emails were replied to from the head office in Hong Kong. With the time difference this meant that a meaningful dialogue was somewhat sporadic, with their office hours being our early hours of the morning. But they eventually agreed to refund the cost in full, and also told me they didn’t want the unit back, so I could happily dismantle it to get Eric back… 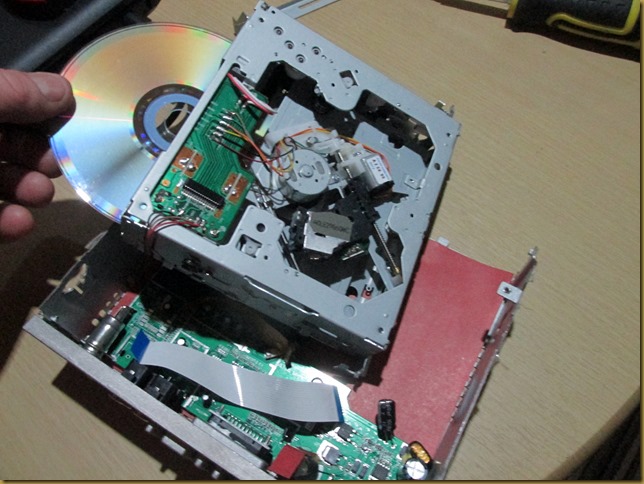 I had a look at the connections to the front panel while I was in there, but couldn’t see anything obvious and I’m not a radio engineer anyway. So it’ll get it recycled at the next opportunity. It cost me nothing but time, after all.

A couple of weeks ago we got in touch with one of Mags’ god-daughters who she hasn’t seen for – well let’s say – a lot of years! She came down from Manchester to see her again, and an enjoyable afternoon of catching up and gossip kept us all entertained. 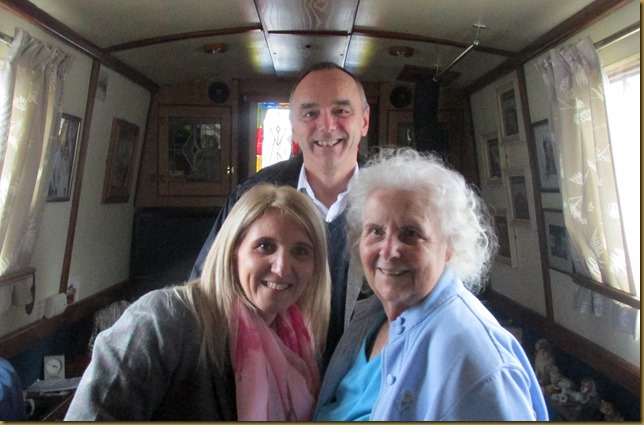 We’ll not leave it so long next time!

We were planning to move today, but with Storm Doris now making us bounce around we may hold off another day.

Hilarious that you mended the iPad on a copy of the racing pages...
guess you must have been betting on a successful outcome then? LOL

Great picture of Mags with her special visitors too :)

Hope it's not been to choppy for you both today!