We’d been in Llangollen’s mooring basin for 10 days, so thought it was time to leave. It’s been a pleasant stay here, the new rules whereby 48 hour moorings became 14 day moorings through the winter means you’ve time to spare. The weather’s not been particularly good, a bit mixed with the odd sunny day mixed in with with misty damp ones. But we are in February – and Wales!

Looking upstream from Dee Bridge, Llangollen Station on the right, the Corn Mill on the left and the Methodist Church just left of centre… 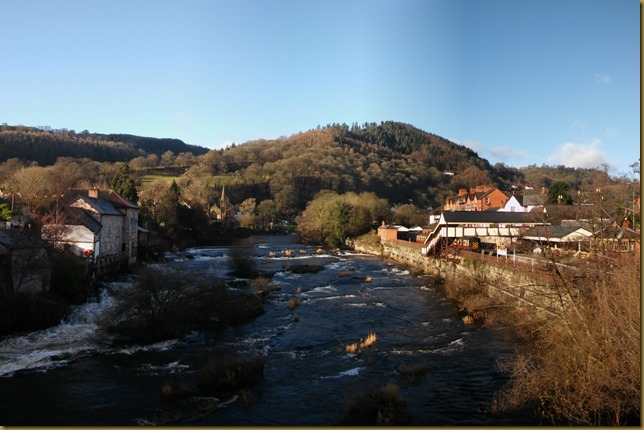 The Eisteddfod Centre across the canal from the mooring basin. 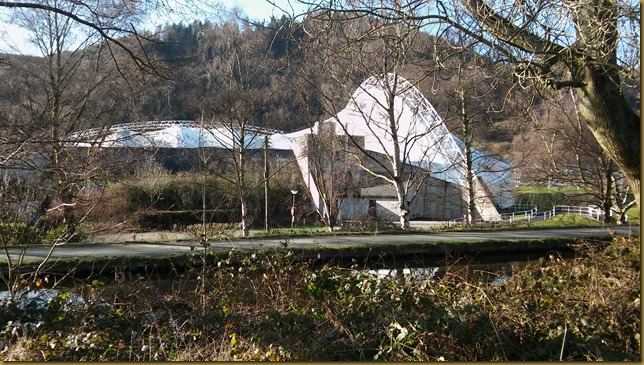 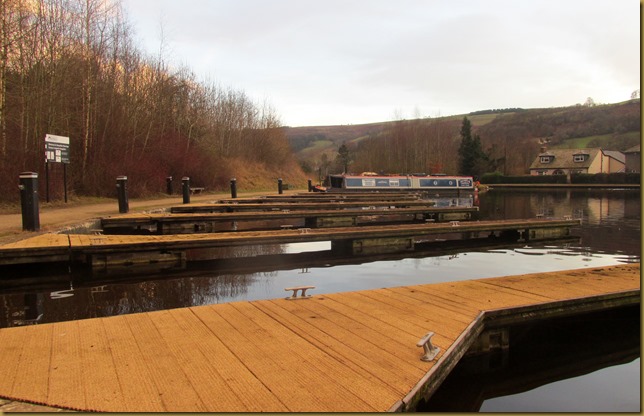 There are moorings for 33 boats here, last night there were just two…

The town is well worth the trip over here, a bit touristy but not too bad. Two butchers and at least three bakers are still independent of the three small supermarkets. And it’s the only place for a decent shop this side of Ellesmere! That drag back up the hill, laden with groceries, is a bit of a pain, though.

This morning, after topping up the tank and getting rid of the rubbish and recycling at the bins here in the basin, we reversed out of our berth and set off back “downhill”. 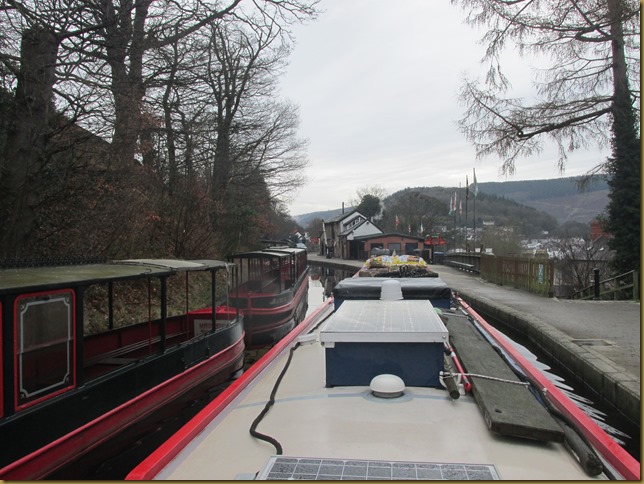 The two boats on the left are the Thomas Telford and the James Brindley. These are the horse drawn trip boats that take tourists up towards Horseshoe Falls where the canal draws it’s water from the Dee. They’re double-ended as there’s nowhere to turn around up there.

When we came in, over a week ago, there was quite a bit of timber alongside the towpath on the embankment the other side of the linear moorings. Most of it has now been snaffled, but I still managed to get a fair bit to supplement the solid fuel.

We got through the narrows without meeting anyone, not that we expected to. While we’ve been in the basin one other boat has been and gone, and two others, that were there when we arrived, have left.

We pulled in just after Llandyn Lift Bridge, where there’s a gap in the trees for the satellite dish to aim through. 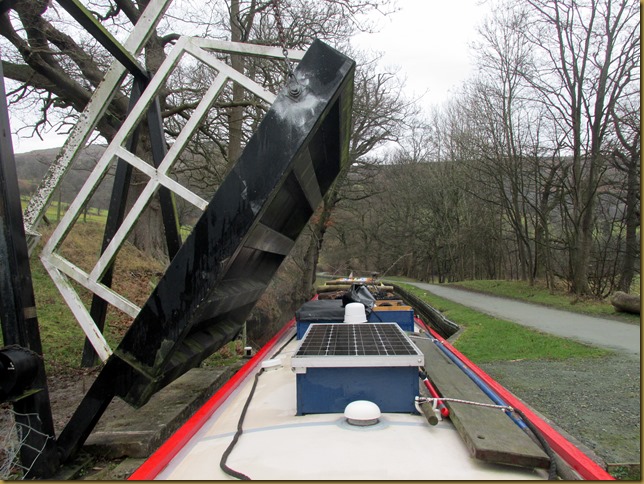 I managed to get the logs sliced before it rained, but got wet chopping it up.

We’ll be here for a couple of days, we’ve got company coming for crossing Pontcysyllte Aqueduct, but that’s not until Sunday.

With Val and John acting as post-people for us, we’ve had deliveries there, so I’ve got a new lift pump on the engine, and a service kit for the Webasto heater which currently resides in bubble-warp in a rear locker. With considerable helpful advice from Ed of Four Counties Marine Services I’ve got the old Eberspacher running well. It’ll stay on now till it conks out again. Meanwhile I’m going to set up a test rig for the Webasto after I‘ve serviced it. It’s just too difficult swapping them over hanging upside down through the counter hatch more than necessary, so I want to make sure it’s running properly before I do… Maybe I’m getting paranoid.
Locks 0, miles 1¼
Posted by Geoff and Mags at 8:38 pm

Just a quick question but is the power on in the basin in winter. I am loving your photos too Diane NB Ferndale