Back to February weather, and back into Wales.

We’ve had wind and drizzly rain again today. Not windy enough to make cruising difficult, though.

We were on the move by half-nine, I knew we’d be hanging about in the chamber of New Marton Bottom Lock and didn’t want to hold anyone up. 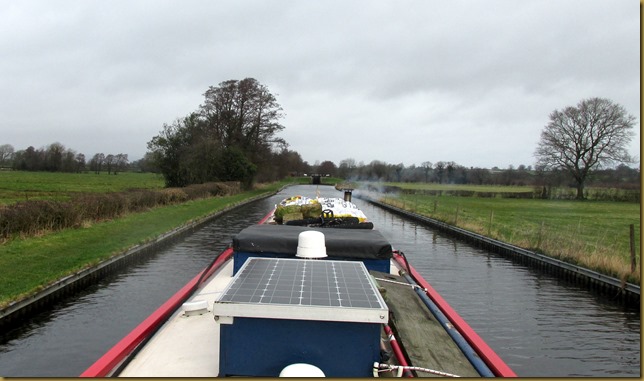 There was this pile of wood you see, on the other side of the lock bywash… 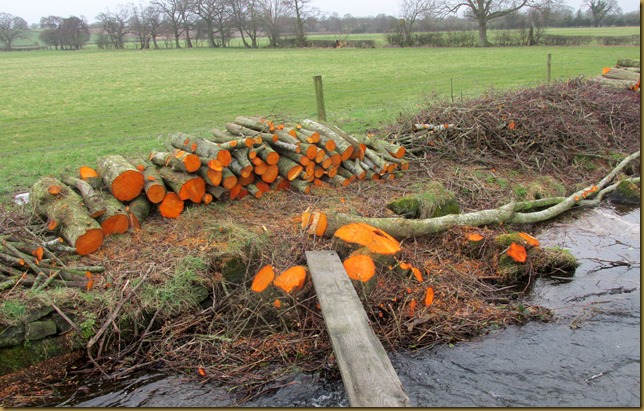 …which had a specially prepared space on our roof! 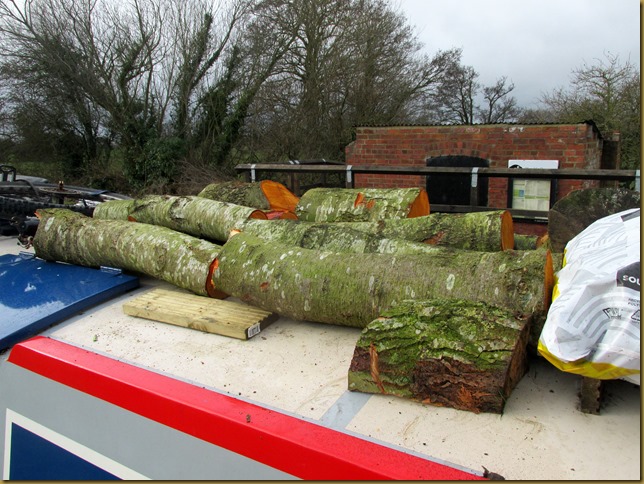 There’s still plenty there, but you’ll need your boarding plank to get to it!

Mags took the tiller coming up the two locks. 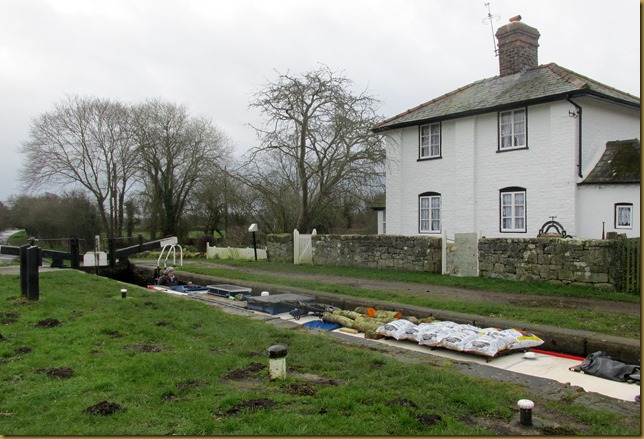 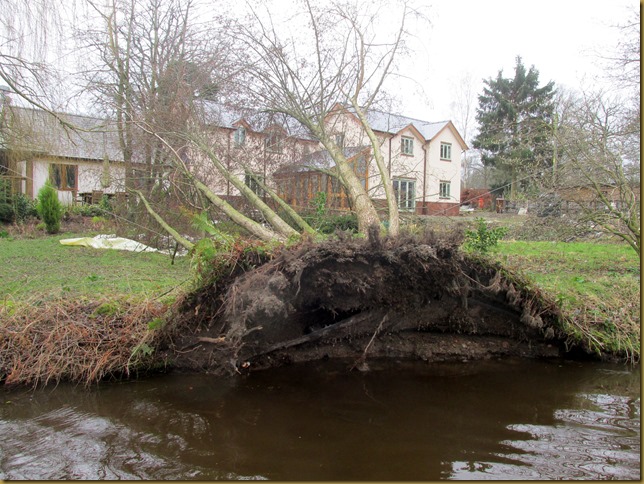 The email notifications from CRT yesterday morning were full of closures due to fallen trees. Fountains, the contractors, will have been busy.
We passed one tree yesterday, partly blocking the navigation, but the crews were already on hand to tackle it.


Good, no-one coming the other way on Chirk Aqueduct 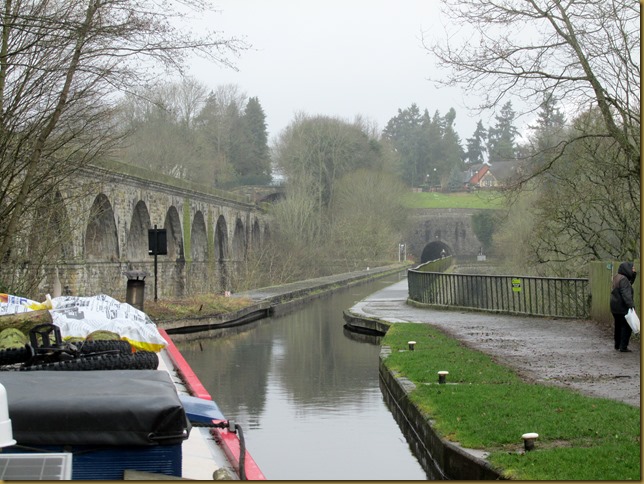 Some nasty weather moving in from the west… 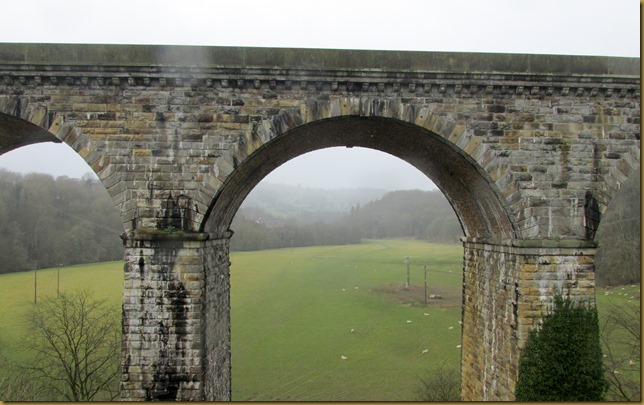 Over the border yet again! 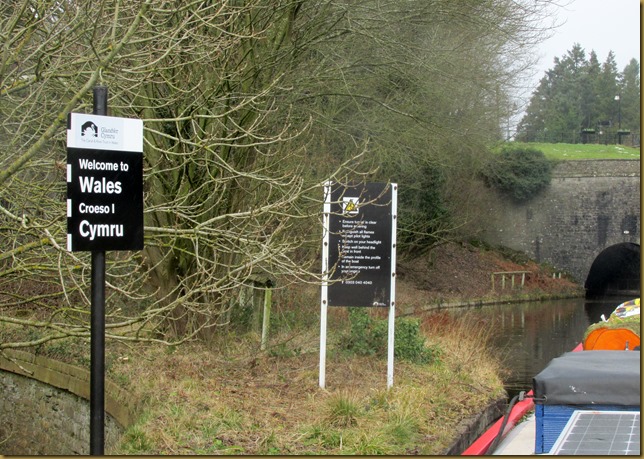 We pulled in just beyond Chirk Tunnel so I could have a quick trip up to the shops, then carried on through the cutting. 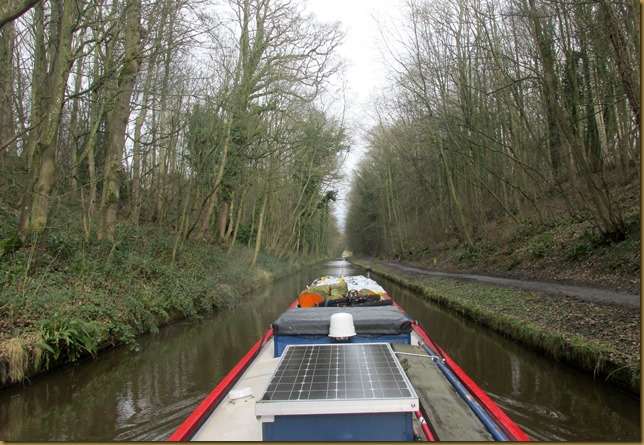 I thought our luck had run out when I saw this across the channel…. 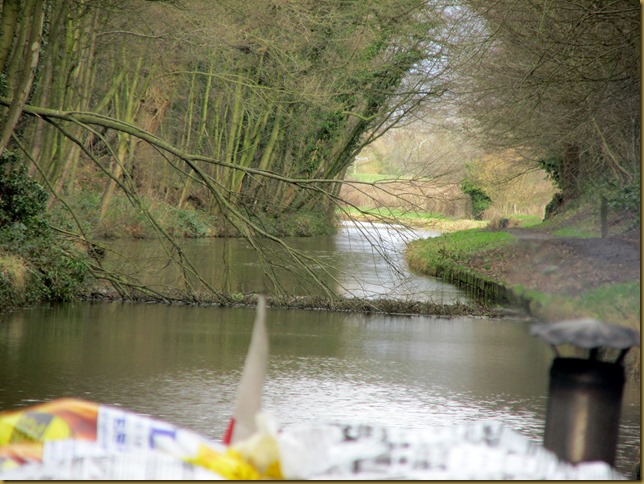 …but we’d passed two boats going the other way so there must be room to squeeze through.

And there was – just! 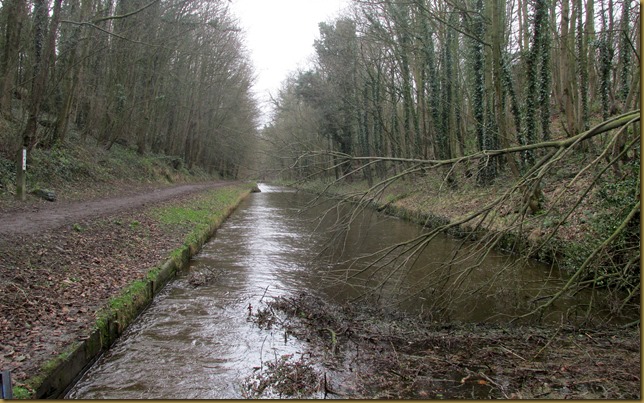 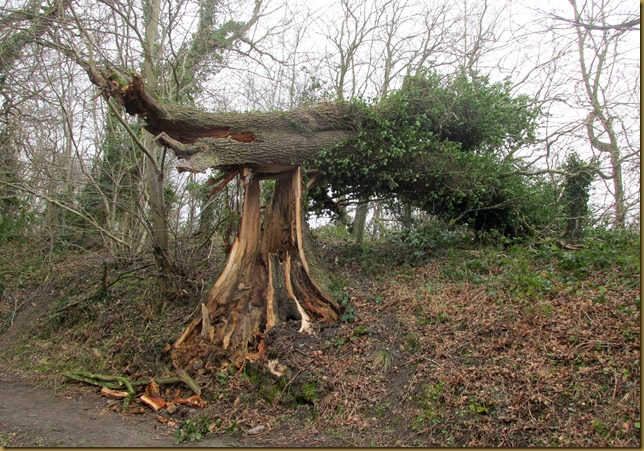 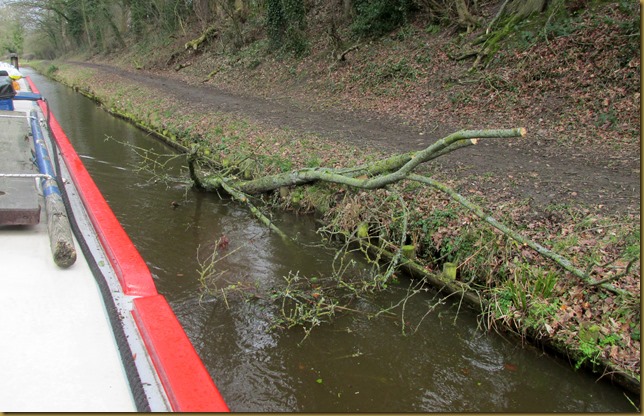 We pulled in on the visitor moorings just before Chirk Marina, had a spot of lunch then I set to and cut up the latest addition to the fuel stores. At this rate we’ll be carrying several bags of smokeless fuel around all summer!

Just a short day tomorrow, mooring either before or after Fron Lift Bridge. Not decided yet.

Geoff said... "At this rate we’ll be carrying several bags of smokeless fuel around all summer!
Kevin said... I hope your weather predictions for a warm Spring are correct :)