A chance to top-up the cupboards.

We took two days to get to Ellesmere, stopping overnight at Frankton Junction above the locks.

A fine day as we head towards Lower Frankton 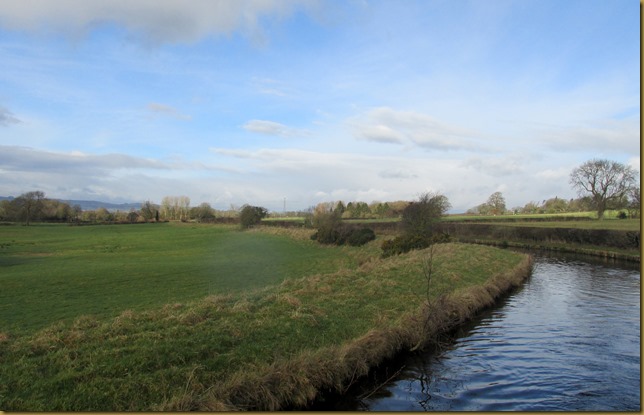 It wasn’t to last though. By mid afternoon it had turned to showers. We only had less than a mile to go to the junction, where we met Brian off coal boat Alton. 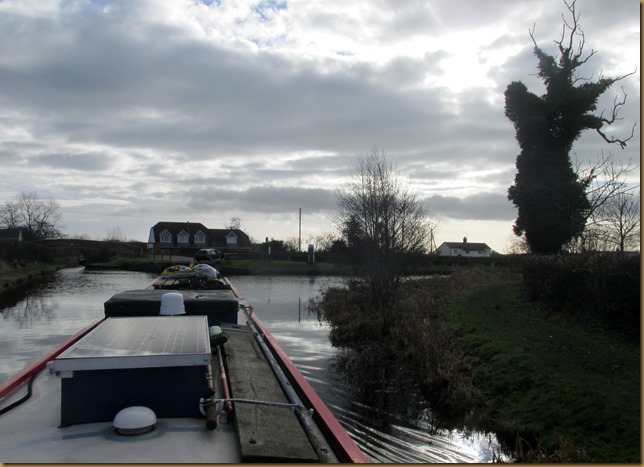 About once a month he deliveries on the Llangollen, but by road rather than boat. We could have used the local coalman like we did on the way up, but we needed a gas bottle as well as solid fuel, and while we were at it I ordered some diesel as well. He’s been delivering on here since ACCCo. ceased trading last April, hoping to keep their customers for a buyer for the working pair Mountbatten and Jellicoe. No sign of one those at the moment, though. It was good to see him, it’s been a while.

So this morning, now weighing in at 300-odd kilos than we did when we arrived, we set off on the 3½ miles to Ellesmere.

The top of Frankton Locks this morning. 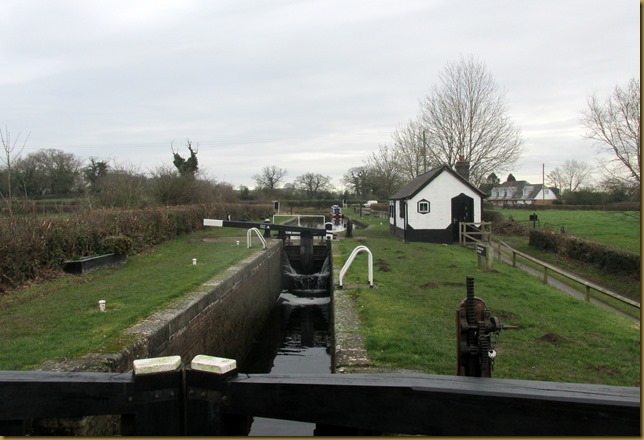 It should have taken a little over an hour, but we had a hold up…

The veg-trimming contractors have been busy along here, not just grass and hedge cutting, but also lopping back some of the overgrown trees on the offside. If I’d known I may not have got 10 bags of smokeless off Brian, but then again, it may look like an early Spring, but it is still only February…

Couldn’t get near the side for these… 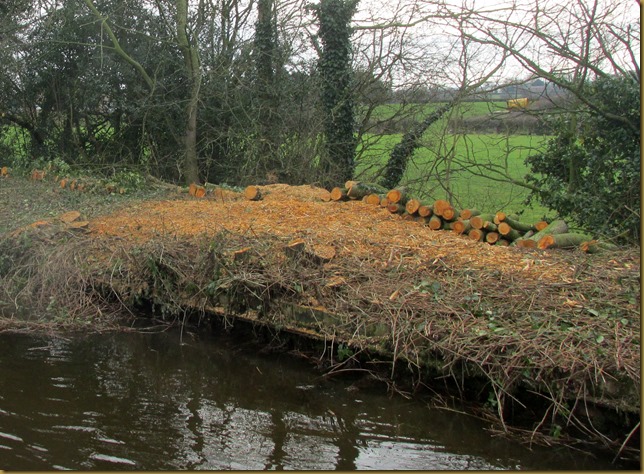 …but got close enough for some of this. 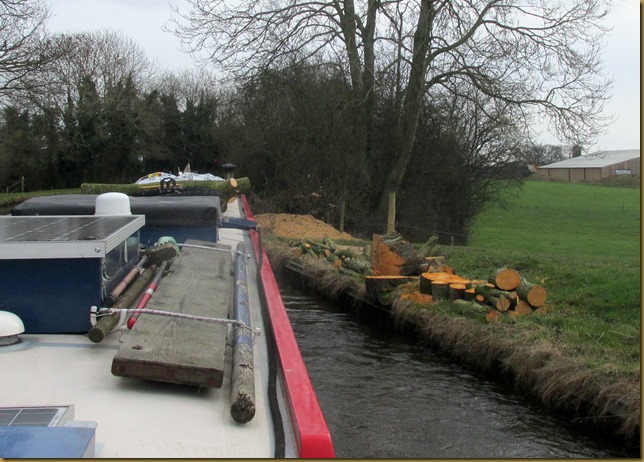 There’s lots to be had, if you’re prepared to use a plank to get ashore, but we weren’t greedy, and anyhow there wasn’t a lot of room on the roof!
There was some more on the towpath side just before Bridge 66, so I collared that and pulled in on the moorings here to get my booty cut up.

That done we set off again, arriving at the services at Ellesmere Wharf at around 2 o’clock.

The overcast start cleared to leave us with a beautiful sunny afternoon, the flowers on the gorse bushes near Val Hill almost glowing in the bright light. 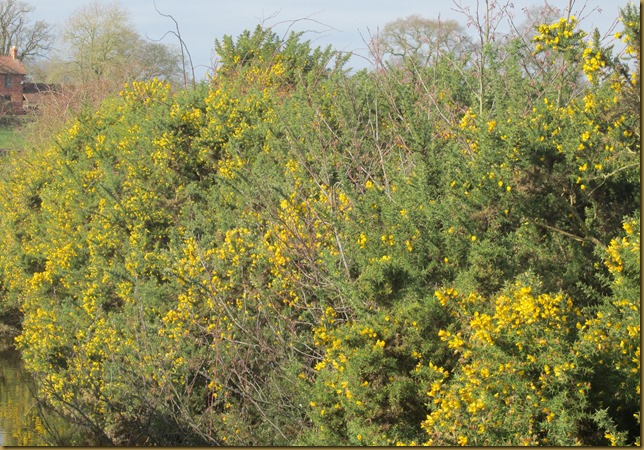 I hope the contractors carry on up towards Ellesmere, there’s a lot of overhanging stuff on the offside that needs removing… 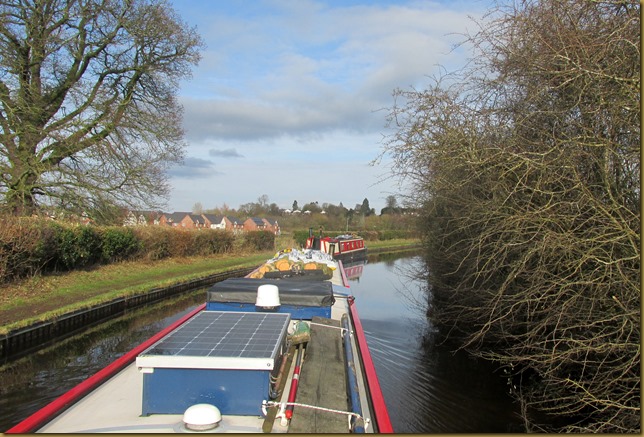 We filled the water tank and disposed of rubbish and recycling at the wharf, then just pushed across the navigation to moor up. We were planning to moor down on the arm, but a boater leaving told me there wasn’t a lot of room left. So we chose to stay here.

First trip to Tesco has been done. There be another couple yet.