We’ve been steadily heading generally eastward, taking Friday and Saturday to get to the Poacher’s Pocket, just over the border into England.

First time for ages, Mags on the tiller through Fron Lift Bridge! 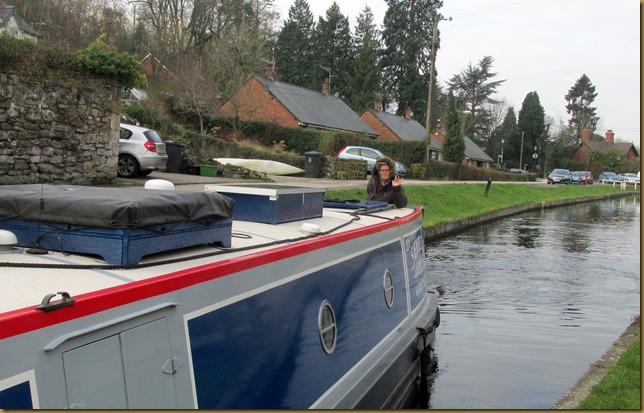 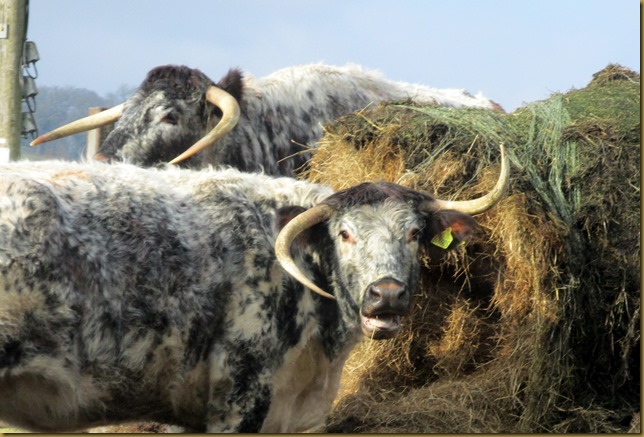 Moored for the night opposite Chirk Marina. 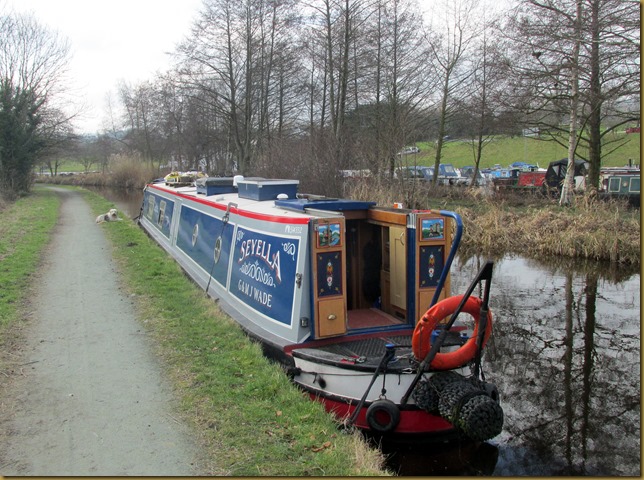 Back into England over Chirk Aqueduct on Saturday 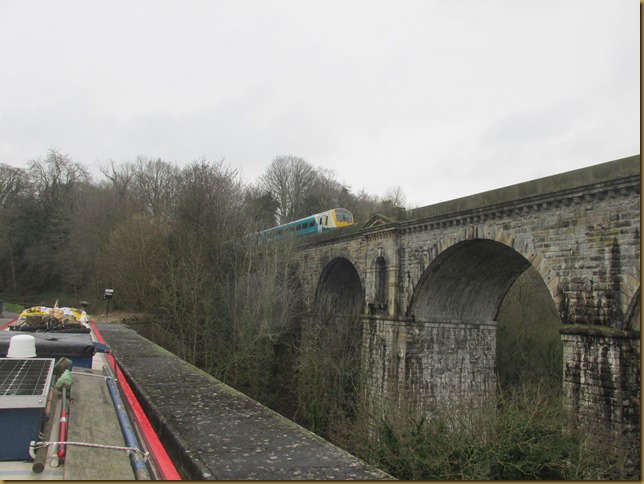 Daffodils! It must be nearly Spring! 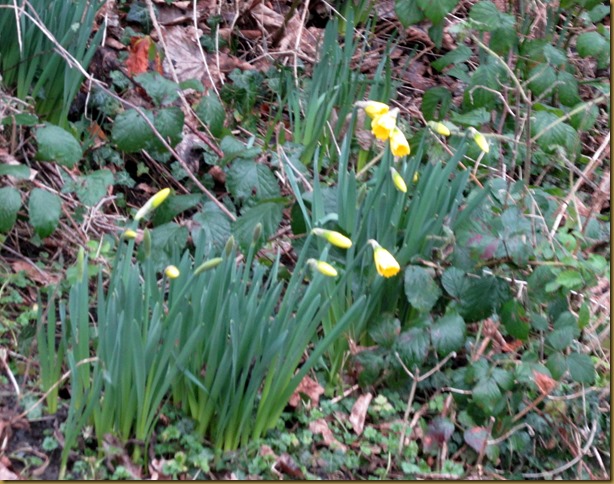 On Sunday we had guests. John and Val had walked across Pontcysyllte Aqueduct, but never crossed it by boat. We intended to correct that omission…
It was a cold damp day, so warm clothing was in order…

Having a brew before we set off – and John nearly smiled! 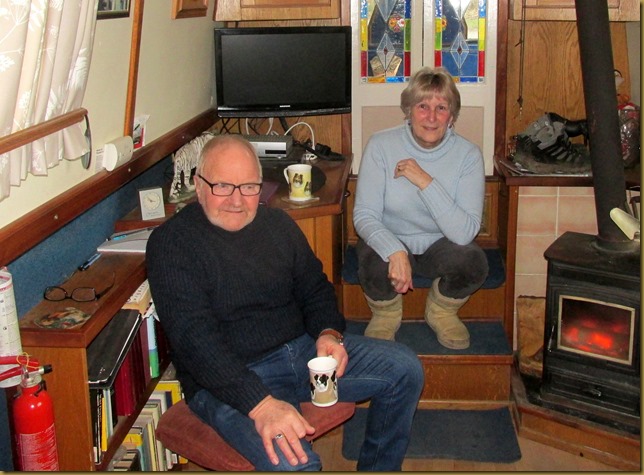 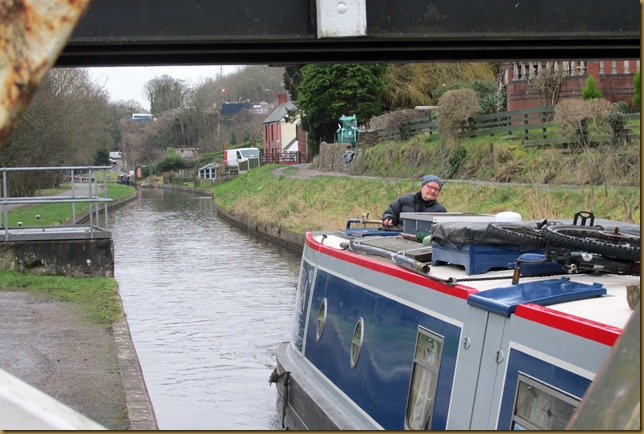 We crossed over the aqueduct, turned around at the entrance to the Trevor Branch, then came back again.


Val, John and Harry the dachshund on the way back over. 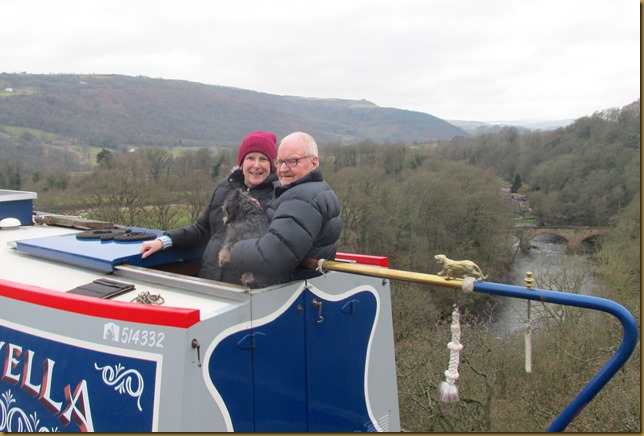 I had to struggle through crowds on the short bit of towpath that’s currently open to get the last picture! 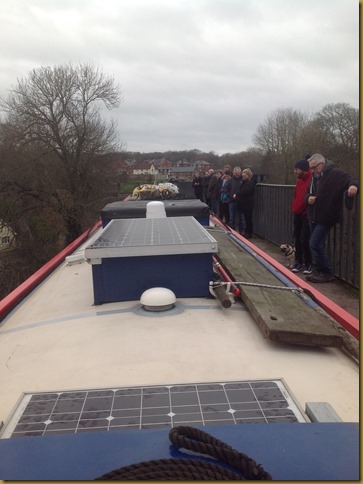 The only other moving boat we saw all day, and it had to be at the congested bit at Fron Limekilns! 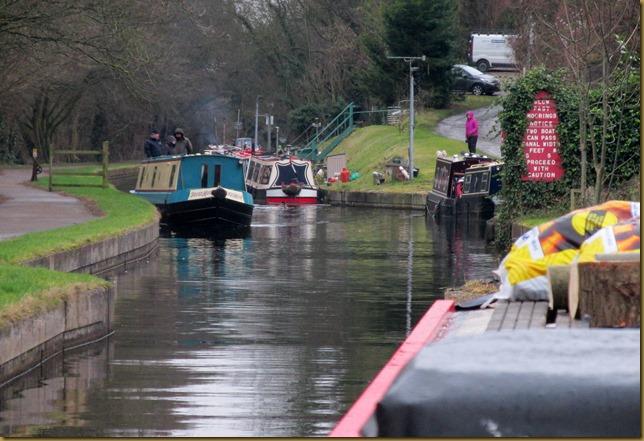 We stopped for Sunday lunch on one of the mooring lengths above the Dee, then pressed on to return to the pub moorings. Odd drizzly showers blew over, but the heaviest sleety rain occurred while we were eating, so that wasn’t too bad. All in all a good day, one which we all enjoyed. And the longest day’s cruising we’ve done in a while!

It’s a pity we couldn’t have done the trip on Monday, it was a far better day. But while work is going on on the towpath, the aqueduct is only open all day on a Sunday.

Yesterday we were off again, in warm sunshine. 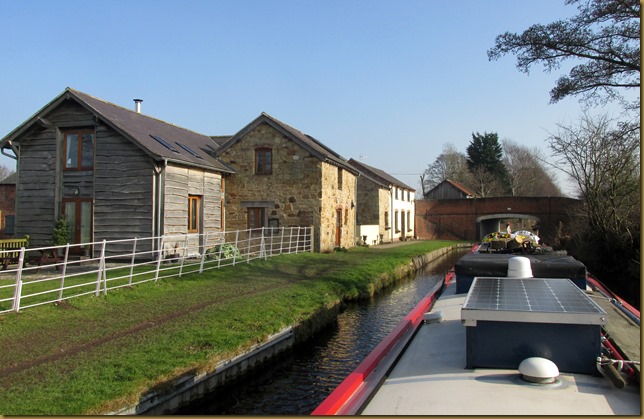 But the temperature dipped sharply in the shade…

Unlike when we came the other way, you could see across the moor… 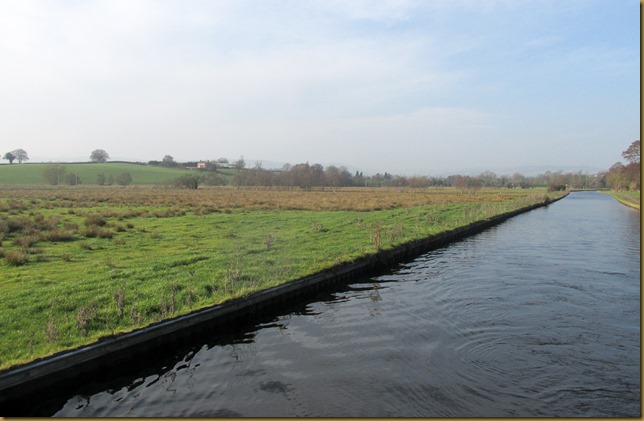 …and we didn’t have to defrost the water taps above New Marton Locks with a kettle of hot water! 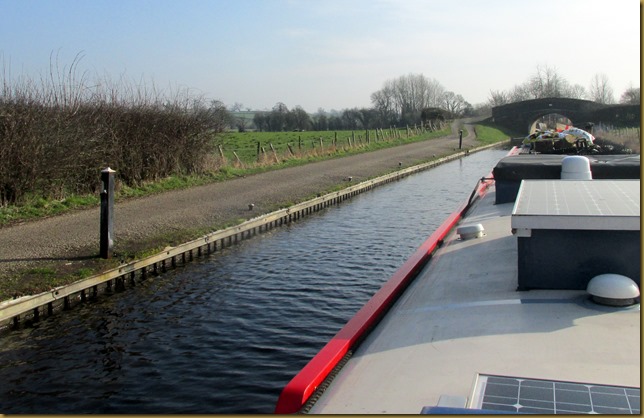 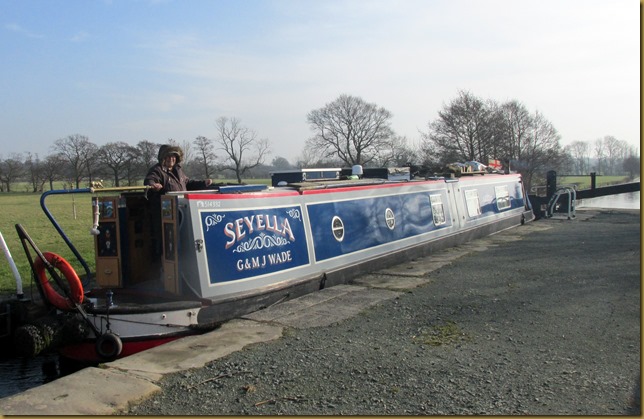 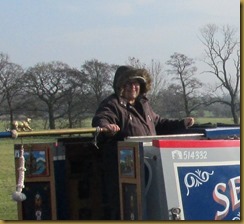 It’s great to see her back again!

We pulled in for the night below the locks. I had a new radio to install, after the old one went into melt down. But it didn’t work properly, so I‘m now in conversation with the ebay supplier… I’m sure we’ll resolve the problem amicably.

So, on to this morning and we’re back to the cold, overcast weather we’re more used to. No locks so Mags could stay in the warm, but not so far to go anyway. 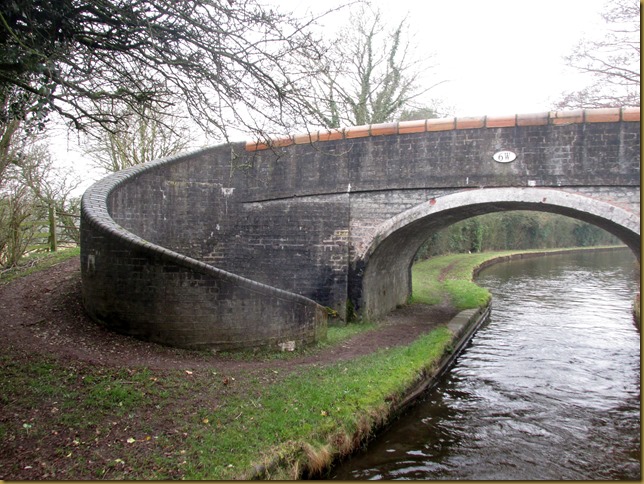 This elegant design allowed the boat-horse to cross the canal, where the towpath changes sides,  without having to unhitch the tow. Different regions have different names for them.

We stopped just past Bridge 4W, the moorings here are nice and open, and the towpath is grass and tolerably dry. Always good at this time of year! I think we’ll be here a couple of nights, before moving on to Frankton to meet Brian and Ann Marie for fuel, then on to Ellesmere for the weekend. The cupboards and fridge are looking horribly empty.

Hi Diane, Ray. Your question about Llangollen mooring basin - Yes, while we were there, there were several of the service bollards that were live. Three opposite the entrance, and another three at the upstream end. Not sure whether they are supposed to be, however. You'll know what I mean when you get there. The water was still on, too, a tap at the end of each pontoon. And as an added bonus, during the winter you don't have to pay the mooring fee, and the 48 hour moorings become 14 days! Result!
Thanks for the kind comment about the pics. We aim to please.

Nice to see the 'Tiller Girl' back on duty again and with a big warm smile too :)

Great to see you up and about again Mags ;)

Brilliant to see Mags on the tiller looking happy under her hood too. Great pics.
Ade