Away from Ellesmere – back to Wales!

We’d managed to get moored at the end of the Ellesmere Arm on Wednesday morning for Andrea and Chris to come to see Mags. I’m glad we did, even in this fairly sheltered spot Storm Doris certainly made her presence felt! 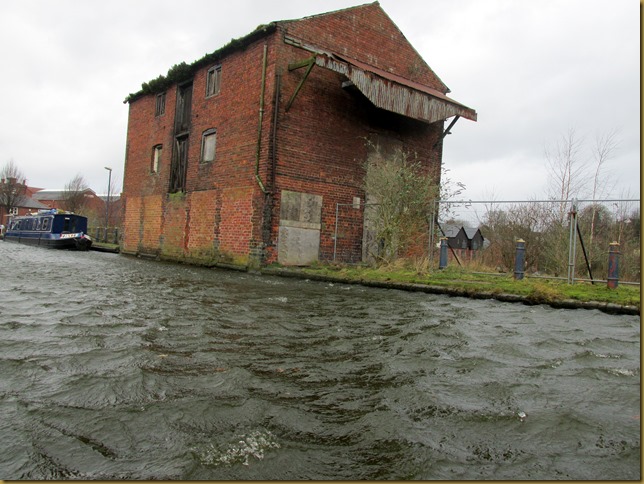 It’d didn’t seem to bother the ducks, though… 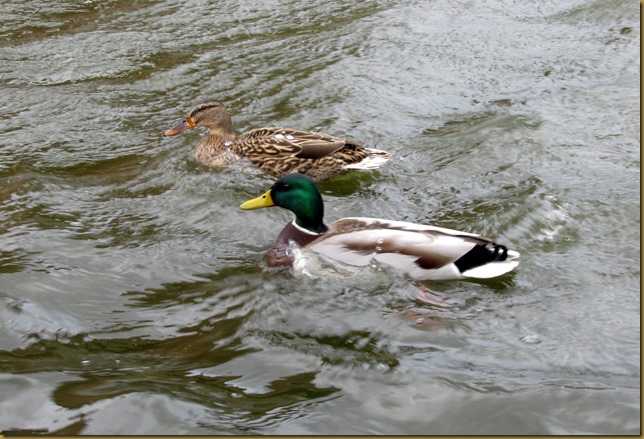 …they just jauntily bounced around on the waves!

It was a different world this morning, blue skies with fluffy white clouds, and a cool but gentle breeze. 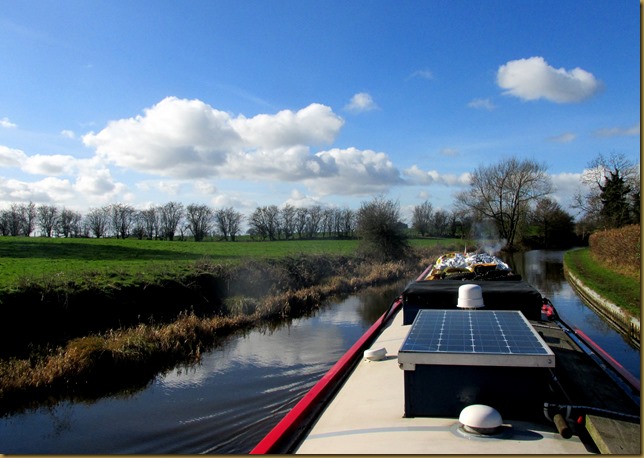 The veg-cutting contractors have been busy further upstream. Mats of gorse cuttings and small branches kept fouling the prop and collecting around the stem. 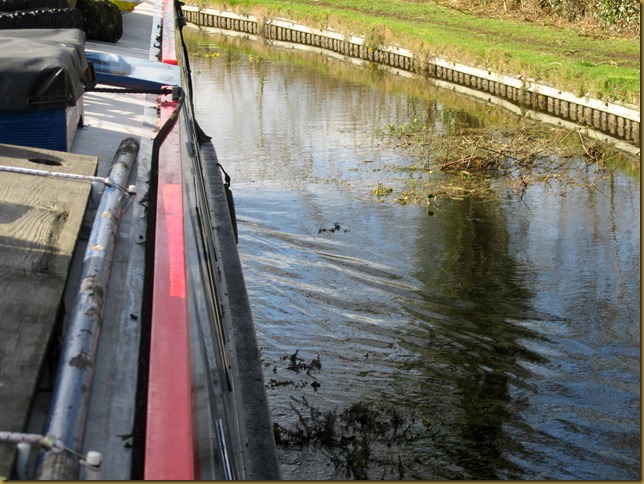 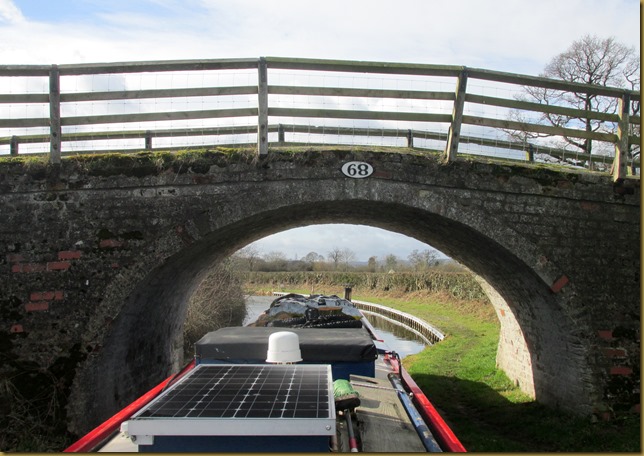 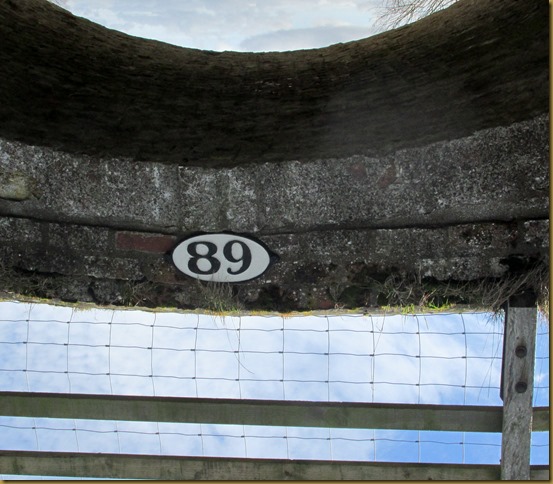 I think I know where it’s from. I’ve mentioned before that the originally planned main line started below Bridge 1 as it joined the Shropshire Union at Hurleston, and ended beyond Bridge 158 at Newtown, the latter section from Bridge 69 at Frankton being now known as the Montgomery Canal. Bridge 89 on the unrestored section of the Montgomery was a railway bridge, now demolished. But it looks like they saved the cast iron number! 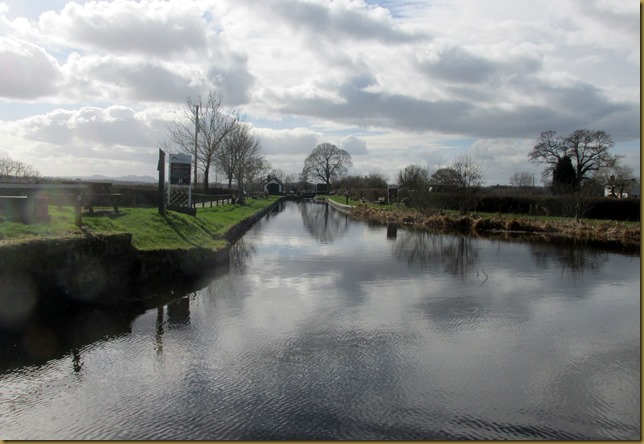 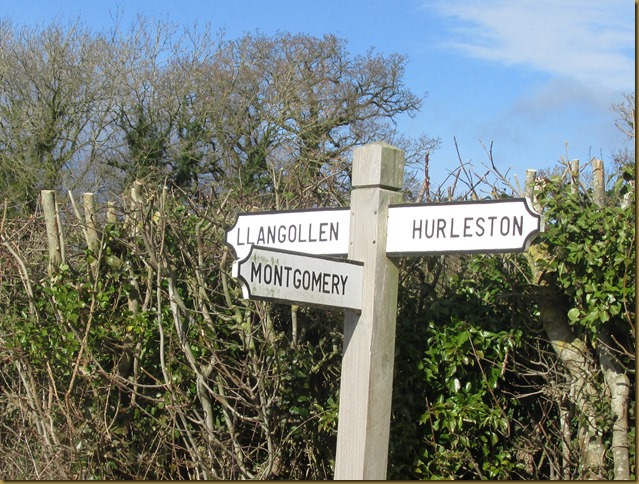 Cormorant taking off as we get too close 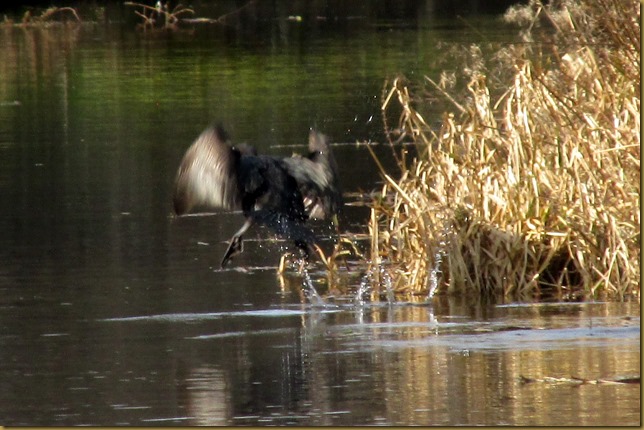 It was a very pleasant and uneventful cruise, ending below New Marton Locks in a quiet spot after the hustle and bustle of the metropolis of Ellesmere.

The awkward turn under Maestermyn Bridge 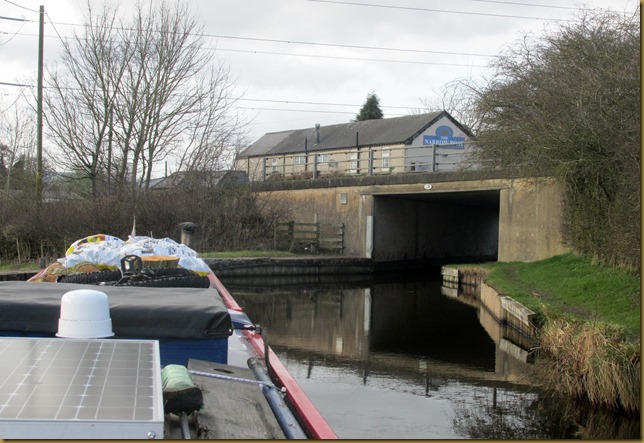 While we’ve been at Ellesmere I’ve just chopped enough wood to get by day-to-day, because of the number of folk about. I caught up with the remainder when we stopped, stacking it in the cratch. We’ll need the roof space…

Now then, why are we heading Wales-ward again, instead of making our way steadily back to the Shroppie? Well, there’s this good friend of Val and John’s who was unable to join us on the last trip across Pontcysyllte Aqueduct, but she’s free on Monday.  So we’re going to do it again. Lovely.