Yesterday morning we were off early, looking at a long day around the fringes of Birmingham. Little did we know it would turn out to a bit longer than planned... 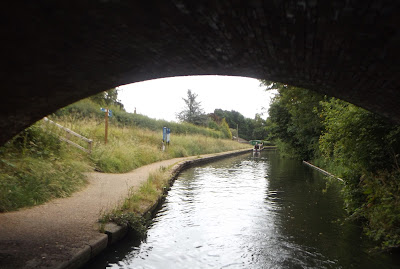 Considering we're running into England's second city it's a surprisingly rural green corridor, at least until then first of the locks are encountered. 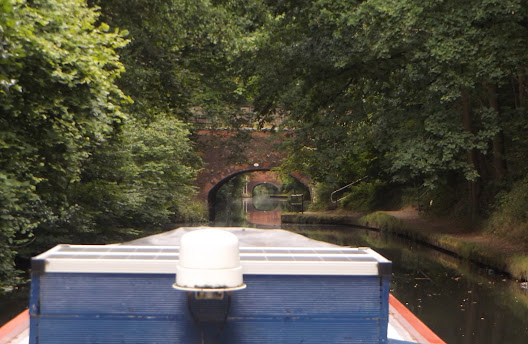 Leaving the big houses of the affluent 'burbs behind, the canal enters the light industrial zone, with light industry and affordable housing mixed together. 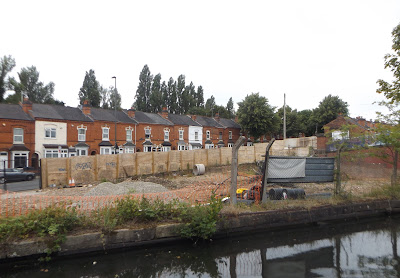 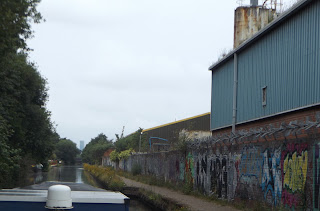 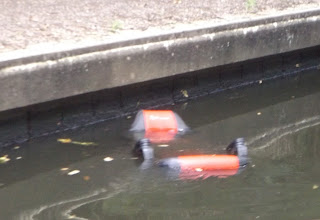 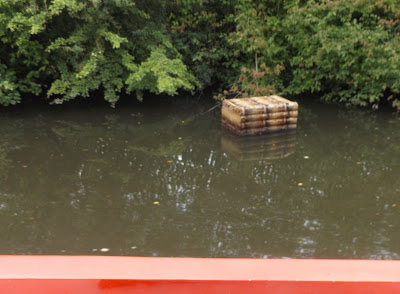 Heavier industry, now gone, has left it's bones in the form of several now redundant factory arms which must have once bustled with boats loading and unloading. 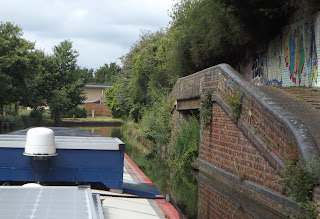 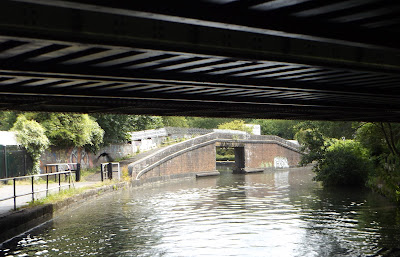 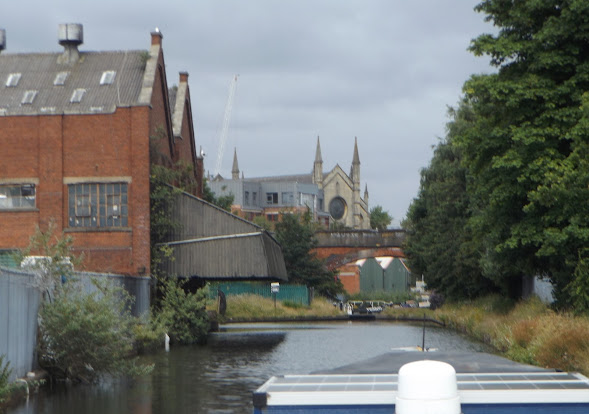 With two boats having left ahead of us I expected to have to turn each lock, but they're pretty quick and having left the last of the broad, upgraded locks behind at Knowle, these are narrow. 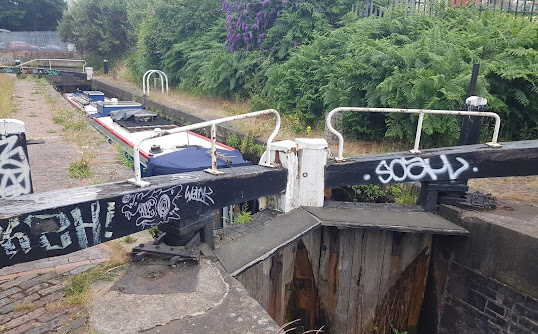 I worked steadily down the next couple then - what's this, I've caught with with boats ahead at Camp Hill Bottom Lock, No 6! 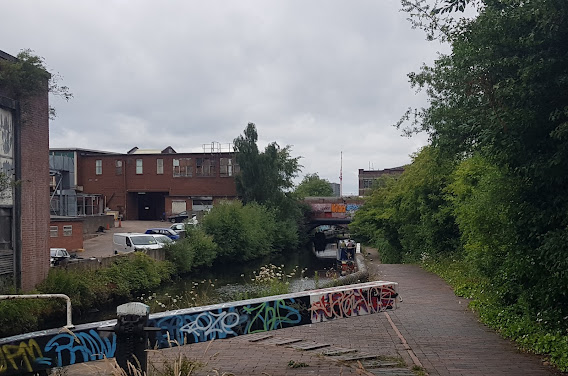 The lock wouldn't fill, a bottom gate paddle had failed and there was no way to pass the lock.

Initial examination and much sucking of teeth resulted us being advised that it could take several days to fix. Not wanting to hang around in this less salubrious area of the city I reversed back up two locks, turned around and toddled back to Catherine de Barnes, followed by the other two.

At least the locks were all set for me now! I lifted a bottom paddle as I left each lock to help the following boat. 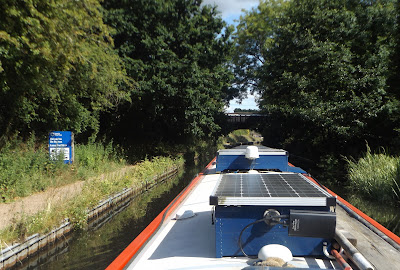 Today I decided to head back to Lapworth. We could have waited at C de B to see what the outcome was but I wasn't confident it would be a good one, so reconciled myself reluctantly to the longer, heavier locked route up and over, through the city centre.

As it was it was the right move...

We've now assessed the damage, and unfortunately it's not something we've been able to quickly fix.  The good news is that our reactive response team have a clear plan for repair, and are working to get this done and the locks reopen as quickly as possible.  We expect this to take a few working days, and will provide an update on the works and an expected reopening date by the morning of Friday 8th July.

For those looking to reach or leave Birmingham from the south, we recommend a route via Kingswood Junction on the North Stratford and Worcester & Birmingham Canals.

I'm not holding my breath for a rapid resolution...

So we left at around half nine this morning, heading back to drop down the five locks at Knowle that we'd come up two days before.

Back at Knowle, unfortunately no helpful hire boat crew today. But I did have a lady CRT volunteer who set the locks ahead for me, a big help. 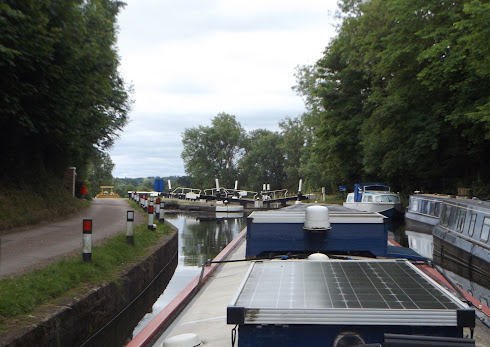 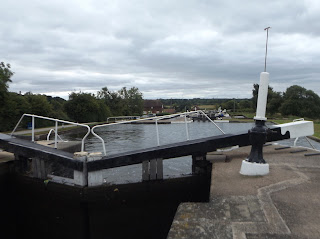 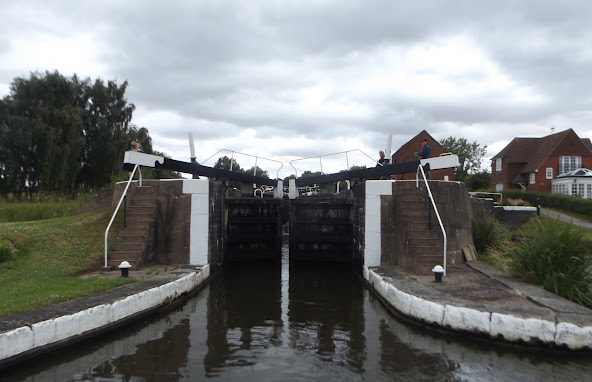 Leaving the locks behind I had a steady hour and a bit back to Kingswood Junction and the turn onto the North Stratford. 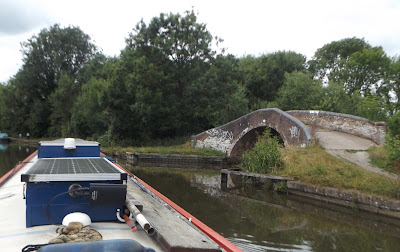 Having not seen a boat all morning it was suddenly busy, a boat coming out from under the bridge without warning, and another wanting to turn in from the opposite direction! 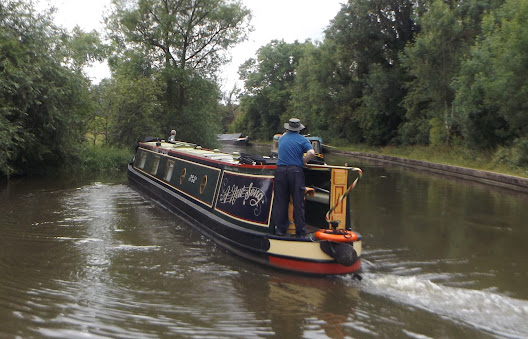 All accomplished without incident, just a bit of manoeuvring, then we got tied up in pretty much the same place we'd left on Saturday morning.

Now we know what's what we'll be heading up Lapworth Locks and towards Brum tomorrow.

Sorry about the weird background effect on some paragraphs, can't seem to get rid!

I was particularly enamoured with the Knowle flight when we were last on the boat in 2019. Spectacular countryside so close to a conurbation and an amazing piece of engineering.

I'm not sure where you are planning on going, but we loved mooring at Edgebaston - across the cut from the University, a beautiful area with lots of trees.

I am envious! But we plan to be back next April - as long as the pandemic recedes enough for travel to be okay again. 24 hours on planes is not that good for maintaining access to fresh air ...

Hi Marilyn
Not going that way this time, though if they'd not got the lock on Camp Hill fixed so quickly we would have been!
Yes, the Knowle flight is very pretty, and easy locks (for broad ones) to work too.
Hope you manage to get across next spring.
Take care.