Having caught up with the shopping and enjoyed a take-away on Saturday evening there was nothing keeping us in busy Alrewas, so I pulled pins and set off through then village to drop down Alrewas Lock onto the short river section. 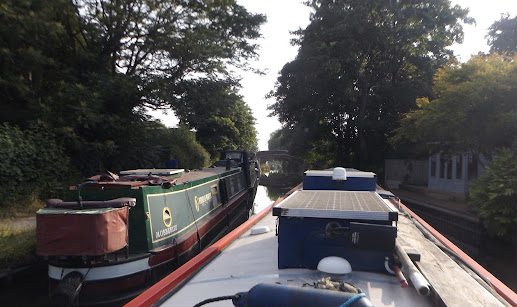 A quarter to eight on a Sunday morning. A glorious way to start the day, but others had the same idea and at least three boats were on the move before us!

The red sandstone of Wychnor St. Leonards glows in the morning sun. 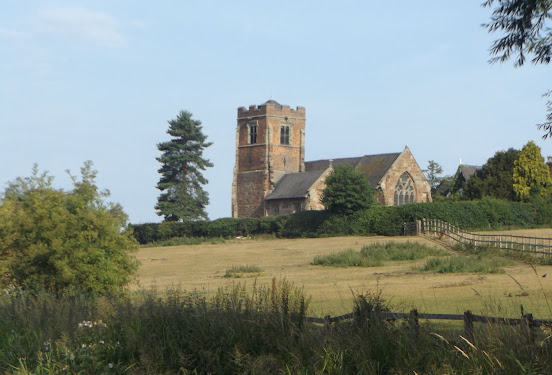 The hamlet is listed in the Domesday Book, and the earliest portions of the church date back to the 12th century. 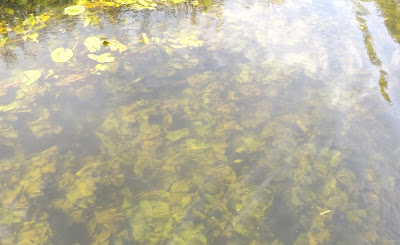 We pulled in just past the small footbridge above Wychnor Lock. That'll do for the day! 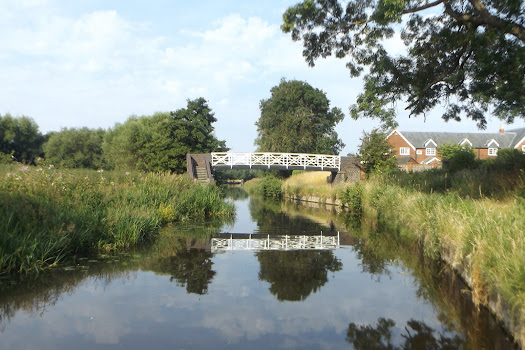 After a lazy day yesterday I wanted to push on, but with the temperature expected to climb into the high 30s it meant an early start. So we were in and through Wychnor Lock by 07:45. 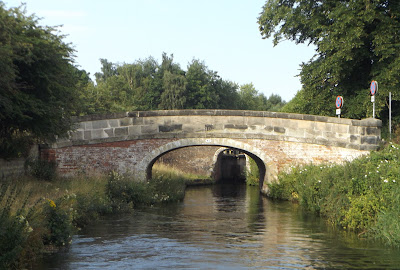 A boat was coming up as I arrived and another was waiting to go down behind me.

This set the pace for the rest of the 5 locks passed today, apart from the last. I didn't have to fill them or close the bottom gates until I got through Burton on Trent. 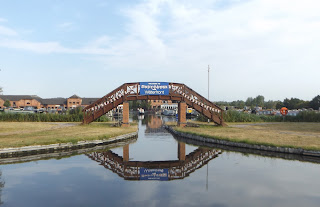 Below Barton Lock I filled the water tank, made a brew and we toddled off, past Branston Water Park and in to Burton.

It looks very peaceful but what you don't see (and hear!) is the busy A38 on the right and the gravel quarry wagons on the left! 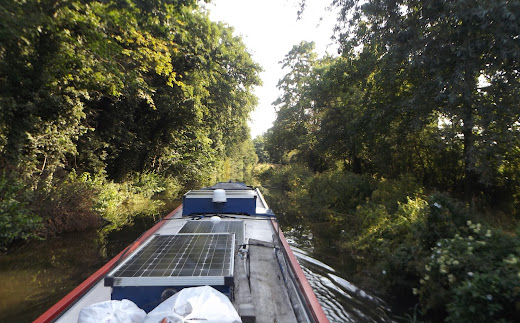 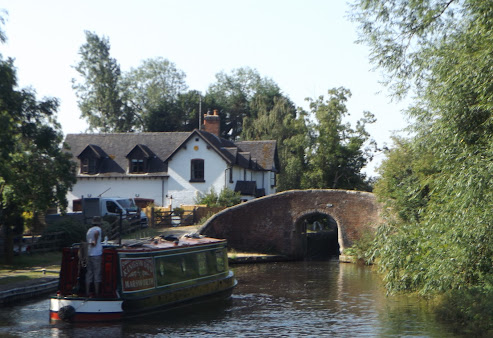 Heading into town there's an awful lot of commercial building going on. New warehouses popping up like mushrooms after rain! 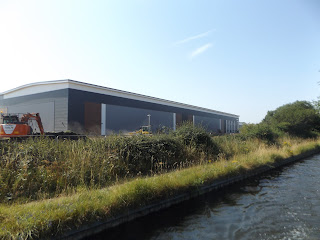 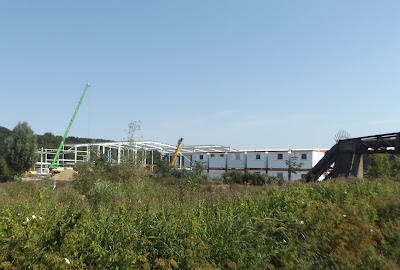 Shobnall Basin, at the top of the Bond End Canal. 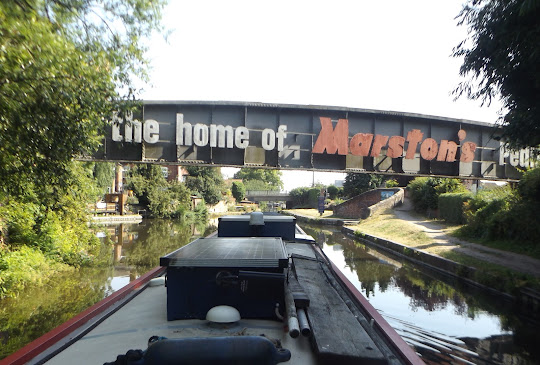 The top hundred yards or so of the canal is Shobnall Marina, the remainder down to the River Trent has been built over.

The last of the narrow locks, Dallow Lock, and I had to do this all on my own! 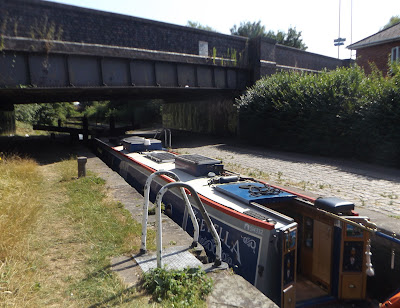 Not exactly "proper", you might say, but there's no denying that steel lock gates last longer. 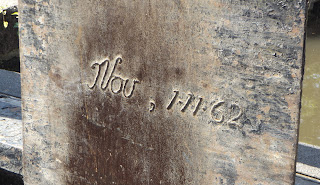 Wooden ones have a life expectancy of around 25 years...

Below the lock is Horninglow Basin, the limit of navigation for broad-beamed craft when the canal was built. Below here we've 6 wide locks to the Trent. 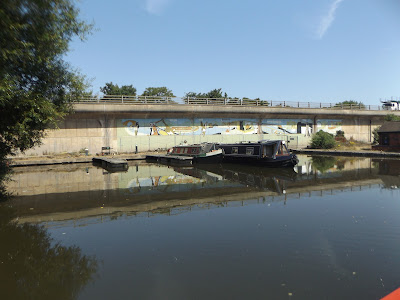 When Brindley surveyed the route he decided, much to the Trent Navigation Company's dismay, to build to broad gauge from Wilden Brook to Burton. An Act had been obtained in 1699 to make the river navigable up to Burton, and the leaseholders ran a monopoly insisting that goods be carried only on their own boats and unloaded at their own wharves. They enjoyed considerable commercial success, but the seasonal variations in water levels was always a problem. Then Brindley's canal opened in 1777... They tried to get him to start his Trent and Mersey Canal in Burton so traffic still had to use the river navigation, but he was having none of it. In fact, to rub salt into the wound, the canal up to Horninglow was built to take barges, in direct competition to the river.
Only 30 years later trade on the river had declined to such an extent that the then owners, the Burton Boat Company, admitted defeat and closed the navigation.

The River Dove looks low but still inviting for a paddle. 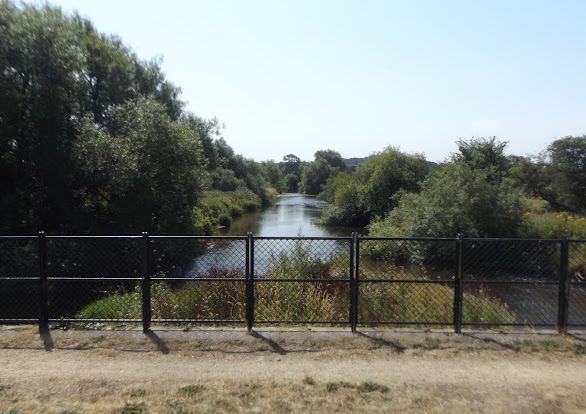 We moored only a half-mile or so past the Dove Aqueduct, in  a mainly shady spot, just where I'd intended. Four hours and it was just getting very warm.

Hang on -- you left us last time at Sutton Road Bridge, and then picked up at Alrewas! I feel short changed!

Sorry Adam. Short changed again on the next post, too. Too warm to be sat inside typing. That's my excuse anyway!