Slightly cooler temperatures over the last couple of days has made locking and cruising a little more comfortable. But the cloudier skies meant that it stayed warm overnight, making sleeping more difficult.

Shouldn't complain though, at least it's not raining!

From the moorings next to The Cuttle Inn it's only a mile or so to the top of the 11 locks dropping down from Curdworth.

Curdworth village itself sits above the canal similar to those at the south end of the Shroppie, the moorings in a gloomy cutting followed by a short tunnel. 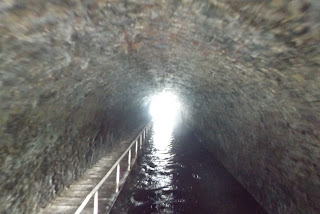 Curdworth Lock 1, and a boat has arrived at the bottom to open the top gate for me. 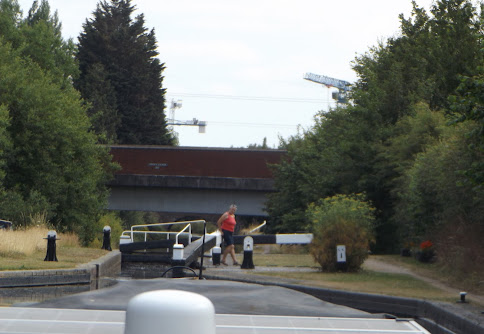 The bridge beyond carries the M6 Toll motorway.

I pulled in for water and to clear the prop of accumulated Birmingham rubbish, which took some time, and Ian and Caroline went past. I caught up with them above Lock 4, a paddle had failed at the bottom end of the lock, making it slow and expensive on water to fill. Caroline had already reported the problem to CRT by the time I got down, after scraping the bottom to get into the chamber. 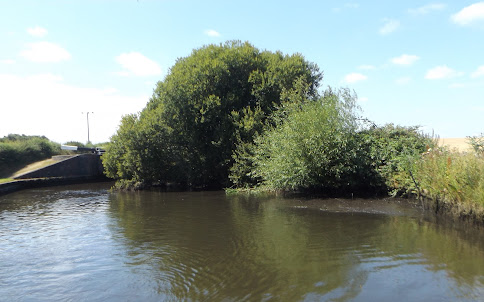 Got in there though... 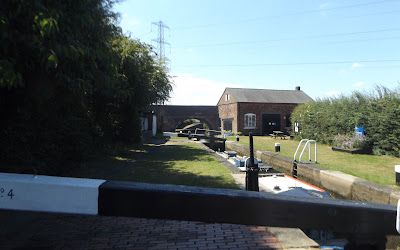 They closed the lock completely later in the afternoon after boats got stuck above and below the lock.

We were lucky to arrive when we did, else it would have been another Camp Hill...

We dropped down another three locks and tied up for the rest of the day below Lock 7.

Fields of ripening wheat on the left... 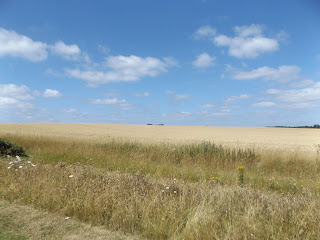 ...and groundwork for the construction of HS2 on the right. 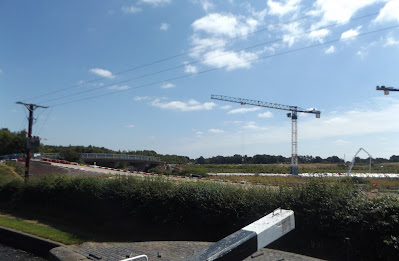 I decided to push on through to Fazeley today, our food stocks were getting badly depleted and I needed some engine oil for the next service, so wanted to moor near the Ventura Retail Park.

Ian and Caroline are in no rush, they're booked in to a local marina in a week or so, and so can take it easy now.

We left them behind when we moved off this morning... 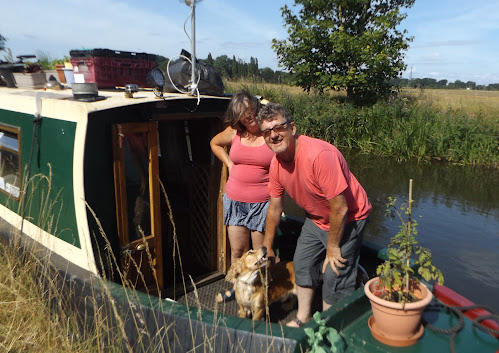 Cheers guys, been great traveling with you.

Just four locks today to finish off the Curdworth flight, and with L4 closed no-one else was on the locks. 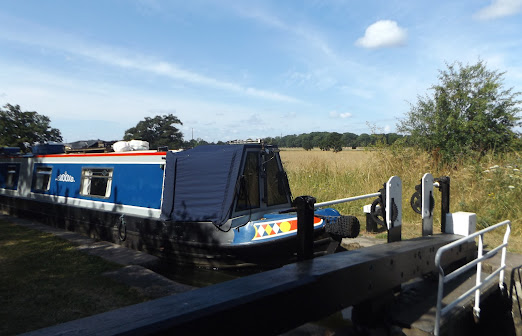 I reached the bottom lock, Lock 11, soon after eleven o'clock, and pulled in to make a brew and for Amber to "stretch her legs". 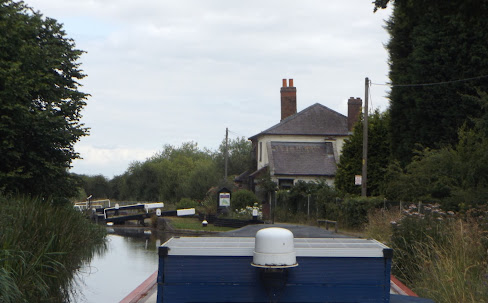 That's the locks done for the time being, it's 14 or 15 miles to Fradley Junction and the Trent and Mersey Canal.

The first three or so take the canal to Fazeley Junction where the Coventry Canal arrives from the east. 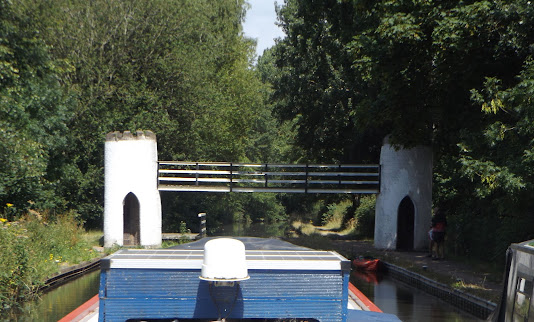 Approaching the junction, the 1886 Fazeley Mill on the right. 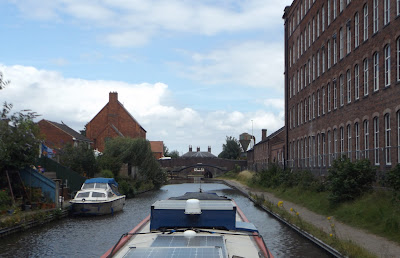 The Coventry comes in from the right, we go left. 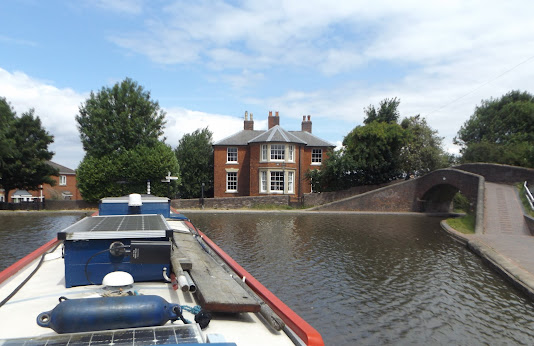 There are good moorings here, but I pushed on for another twenty minutes to stop near Sutton Road Bridge for my shopping excursions.

Another shopping run in the morning, then off to Fradley.