Heading up the Grand Onion

It's been really quiet on the water for the last few days, today we've only seen three moving boats, and one of those we shared locks with!

Anyway, looking back to last Friday. We left Lowsonford at around half-nine, a couple of boats had left ahead of us so there was no rush.

The locks come regularly now, every five or ten minutes as the canal climbs to Kingswood Junction. 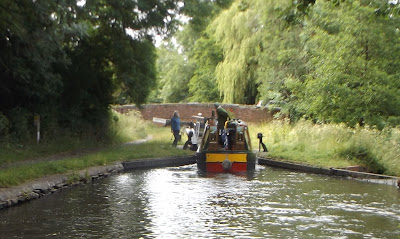 Railway enthusiast at Lowsonford Halt on the dismantled Lapworth to Henley in Arden branch line. 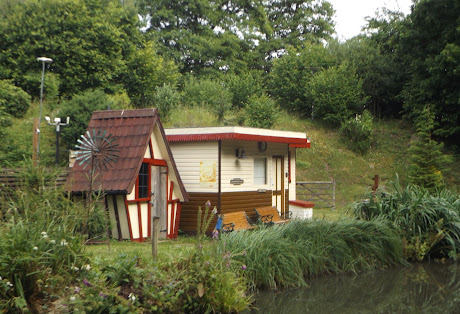 We made steady progress, most locks in our favour as boats came down, some not. 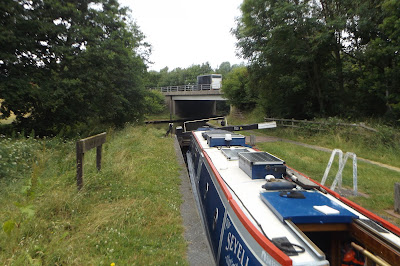 Between Lowsenford and Lapworth there are 9 locks over 2¼ miles.

We reached Lapworth Junction at around noon, topped off the water, emptied a loo tank and disposed of rubbish and recycling before making the sharp right turn into the Lapworth Link.

The northern length of the canal, from here to Kings Norton Junction was completed first, linking the Worcester and Birmingham Canal to the Warwick and Birmingham Canal (later to become part of the Grand Union network) at Kingswood Junction. It opened in 1802, 10 years after the Act of Parliament was granted.

The southern section from here to Stratford Upon Avon wasn't completed until June 1816, and, as I mentioned in an earlier post, was built under severe financial restraints.

At Lapworth Junction the southern section connected to the northern a couple of hundred to the west of the earlier link to the W&B, requiring boats  joining the W&B to ascend one lock then turn right and descend another to reach Kingswood Junction.

This was wasteful in terms of time and water, so a short cut (literally a shortcut!) was made to bypass the one up one down situation. It's only about 50 yards long but saves 45 minutes and several hundred gallons of water!

The last lock before Lapworth Junction 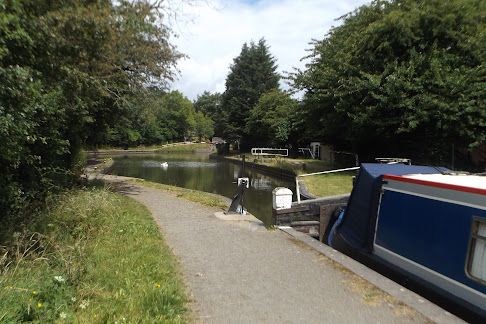 Ahead is the "thick" of the Lapworth Locks, 18 of them in less than a mile, but our route is to the right, just past the white cottage. 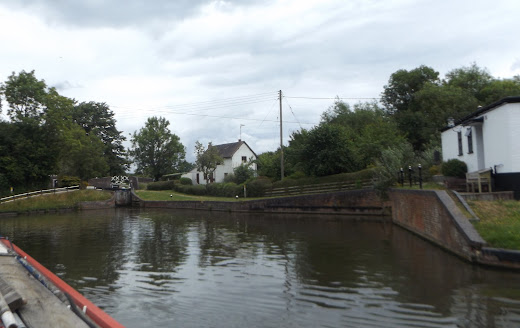 Turning into the Lapworth Link. 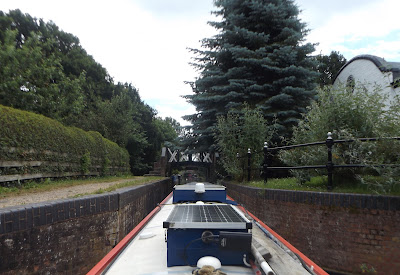 We pulled in on the moorings before Kingswood Junction, and I had a good chat with Chris, proud owner of Elektra, an all-electric boat (apart from the diesel gennie to charge the large battery bank). Interesting spec, though. Website here.

Saturday saw us turning left onto the Grand Onion under damp, gray skies. 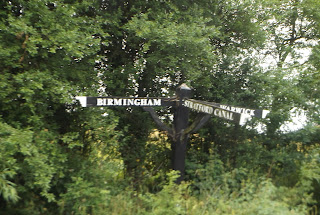 In 1929, facing increasing competition from the road and rail network, the Grand Union Canal Company was formed. The idea was to gather the disparate sections of canal that made up the route from London to Birmingham under one umbrella, improve the navigation to high standard and win back trade. It had limited success, but it leaves us with a broad and deep (mostly) navigation 135 miles long.

The canal was widened and narrow locks replaced with modern, rapidly filling and emptying wide ones. The concrete copings tell the story... 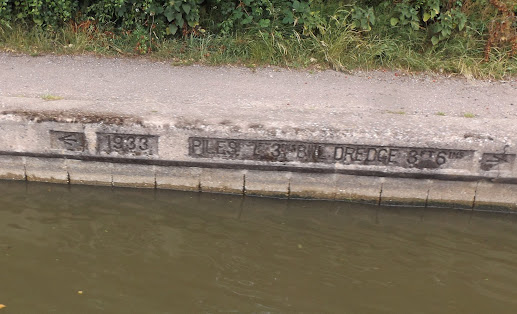 It was raining quite heavily by the time we pulled in opposite the under-construction marina near the Black Boy pub. 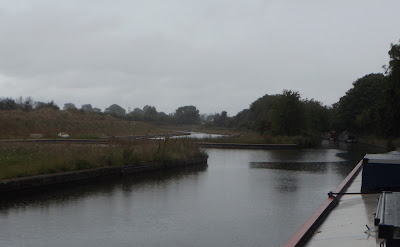 I watched the very wet qualifying for the Silverstone Grand Prix in the afternoon, then yesterday afternoon watched the eventful race itself. Interesting action on the first corner, though I don't think the Chinese driver Zhou Guanyu would describe it that way... 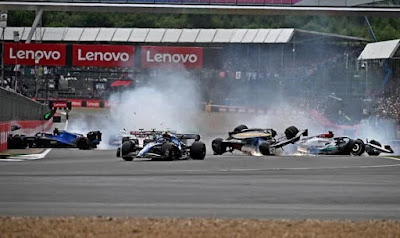 Today, under far brighter skies than of late, we set off with the five Knowle Locks a mile ahead. In the distance, as we passed under Black Boy Bridge, I could see a hire  boat heading away. We caught up below the locks, and they invited me to share. Not an offer I was going to turn down! 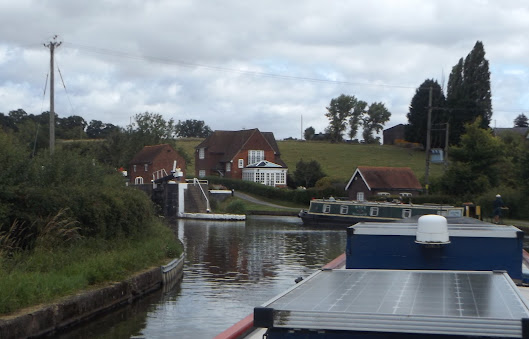 We gelled immediately, working as a team we did bottom to top in 45 minutes! 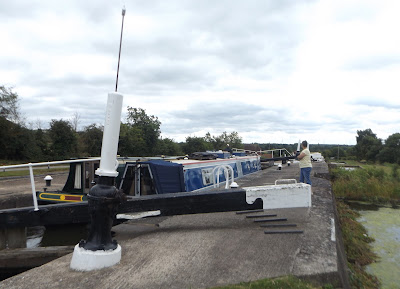 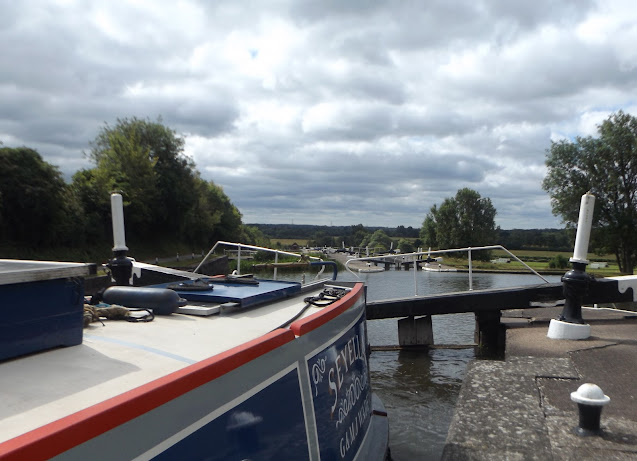 An uneventful hour took us to the moorings at Catherine de Barnes. 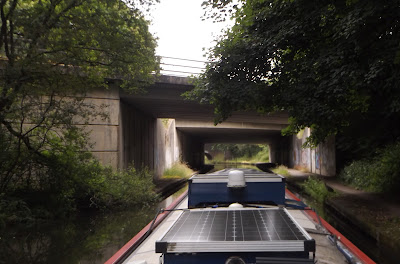 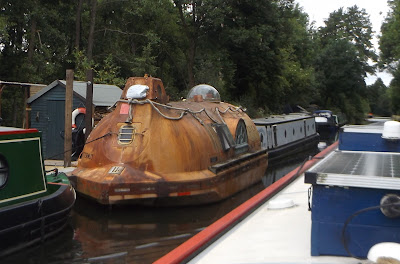 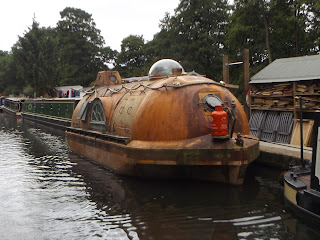 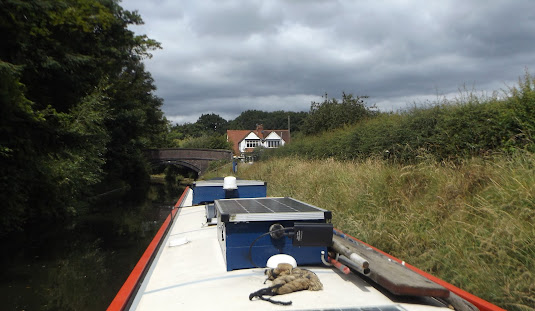