The last time we came this way we stopped at Worcester the first night, then ran all the way downriver to Gloucester. It was a long second day, 29 miles which took 7 hours or so. We had to contend with a Spring Tide below Upper Lode Lock, which didn't help matters.

So this time I thought we'd split it into three, with stops at Worcester again, but also at Tewkesbury. It didn't quite work out that way...

Anyway, we left the pontoon mooring at Stourport yesterday morning at around half nine. Amber and I had spent some time mooching around the historic basins over the weekend. 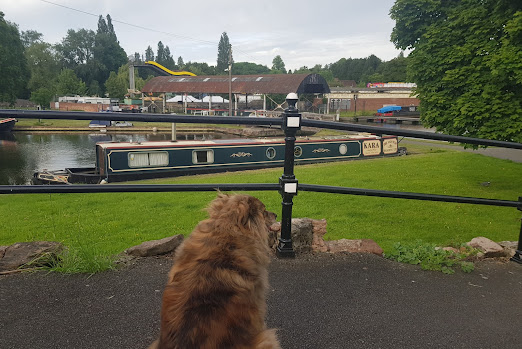 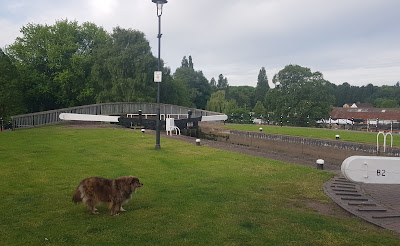 The Severn is low at the moment, but that's not always the case... 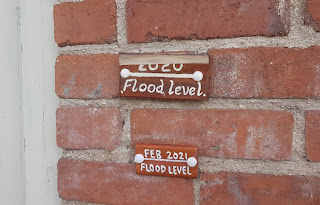 These are mounted on a wall just here... And we're off, heading towards our first Severn lock, Lincomb. Some big boats down here! 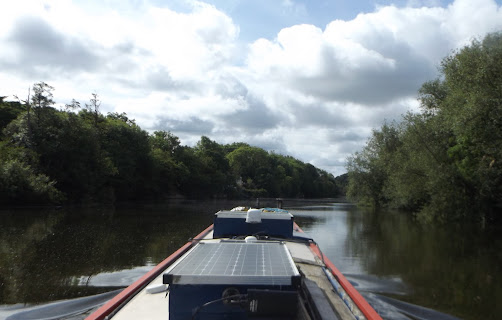 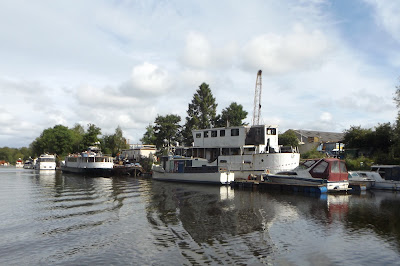 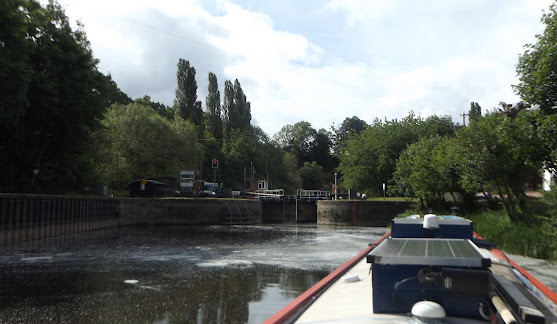 There's not much in the way of settlements along the river, but there are regular riverside pubs, most with customer moorings. 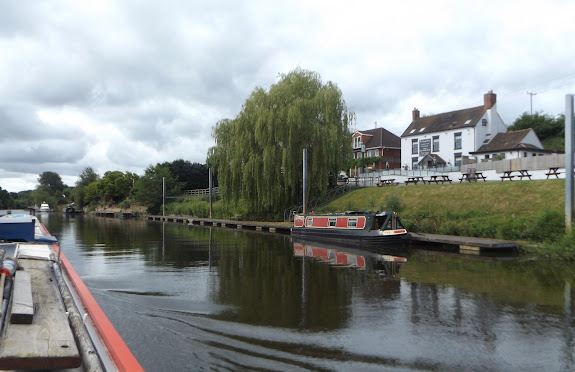 The next lock down was Holt, and, like at Lincomb, I'd called ahead to the lock-keeper so it was ready for me. In and out in 10 minutes. 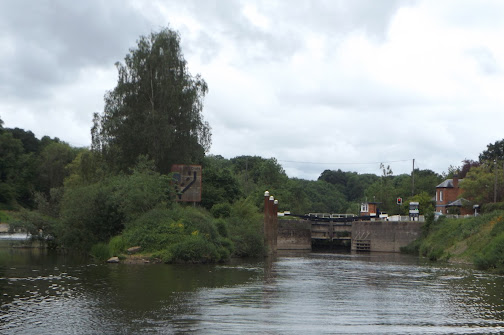 Bridges are few and far between, so passing under one is event worth recording!
Holt Fleet Bridge, carrying the A4133. 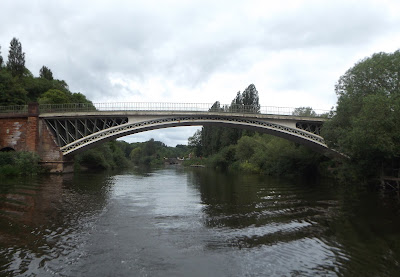 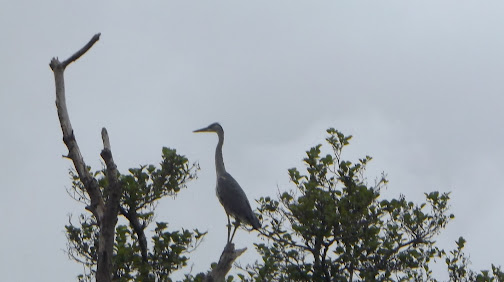 After passing the entrance to the Droitwich Barge Canal at Hawford Junction, and Bevere Lock, we came into Worcester.
More bridges here... 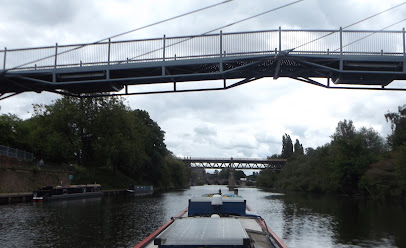 ...and the iconic cathedral. 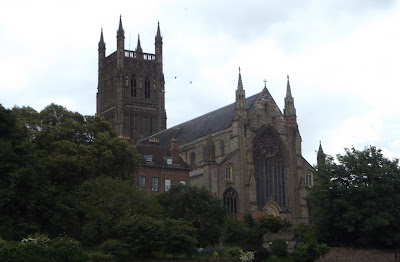 Started in 1084 and finished in it's current form in 1504, it's an eclectic mixture of architectural styles.
We'd passed the moorings near the racecourse, hoping that there was space on the pontoon near Diglis Junction, and by golly there was! 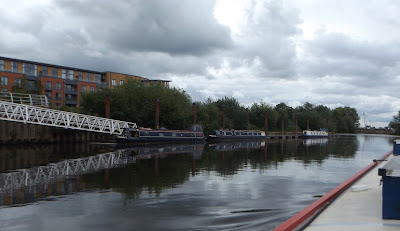 Diglis Junction is just out of shot to the left. It's the connection to the Worcester and Birmingham Canal, one option for us to head back north.
We had a quiet but wet night here, but the rain had cleared by the time we got going this morning. A boat had left the moorings just ahead of us, and they were already waiting in Diglis Lock when we arrived.
Past the Oil Dock where tankers discharged fuel for after coming up from Gloucester. 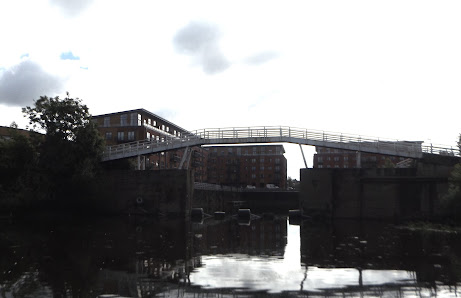 The dock was made redundant with the construction of a pipeline, but now the storage facilities are gone, replaced by blocks of apartments.
Diglis Lock. 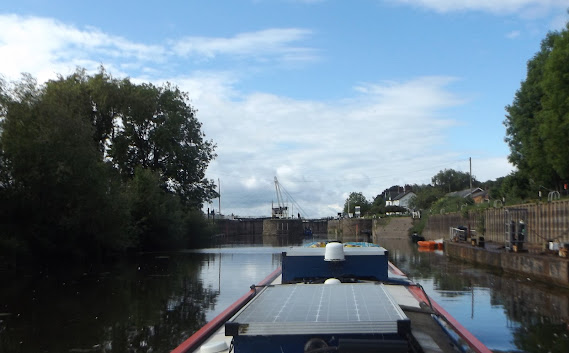 Today's plan was a bit weather-dependant. Heavy showers were forecast, so we decided to see how it went.
Carrington Bridges. 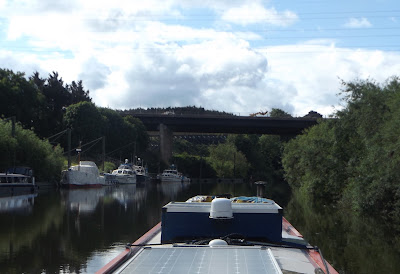 Below Worcester the river banks pull back as the valley flattens and broadens. The Malvern Hills were sometimes visible in the distance. 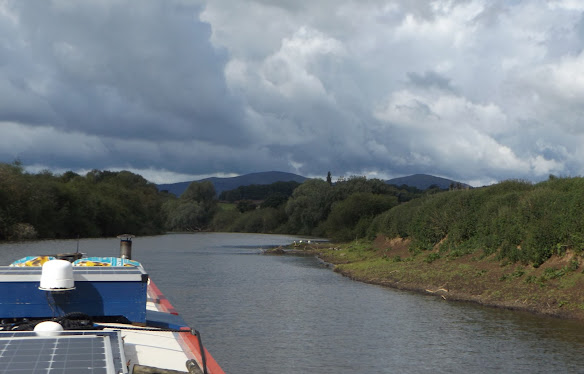 The clouds have started to build now as well, heralding the start of those heavy showers...

The Edward Elgar hotel boat, one of the few boats we've seen today. 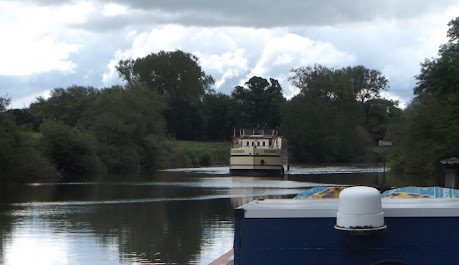 I was trying, unsuccessfully, to find out what this large house on the hill, is. Any suggestions? It's a mile or two upstream of Upton. 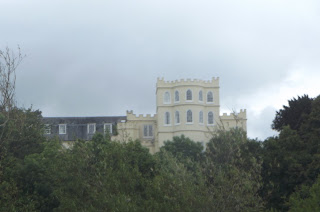 There was space on the pontoon at Upton so I took advantage of it to get Amber off for a comfort break and to put the kettle on for a brew. Then we pushed on again. 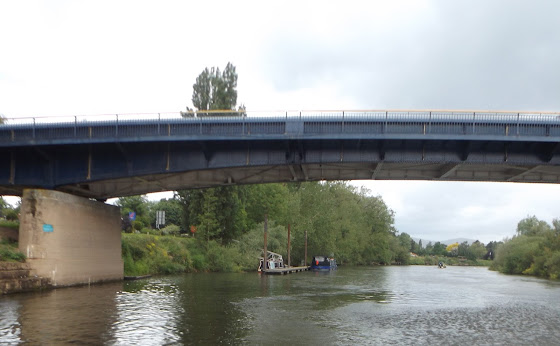 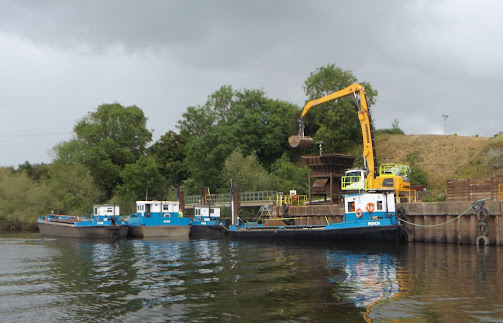 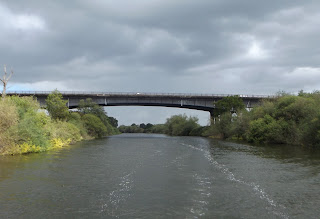 Another bridge, another age. Mythe Bridge, upstream of Tewkesbury. 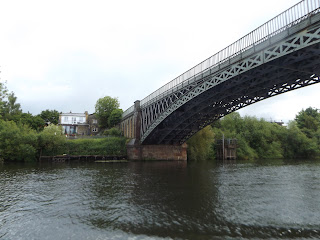 Arriving at the confluence of the River Avon we turned off the Severn, planning to moor below Avon Lock for the night. The moorings were a bit grim though, a high wall so I had to lift Amber up, and a sticky, muddy path. I had a word with then lockie with a view to spending the night above the lock, but in the end decided to have a bite of lunch then press on.
Back out onto the Severn. 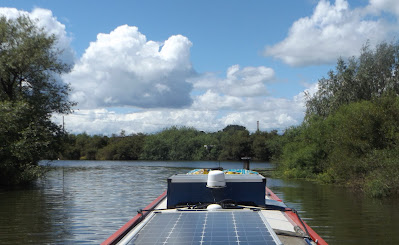 Upper Lode Lock is only a quarter mile downstream, a huge lock built to accommodate a tug and train of barges.
Big lock, little boat. 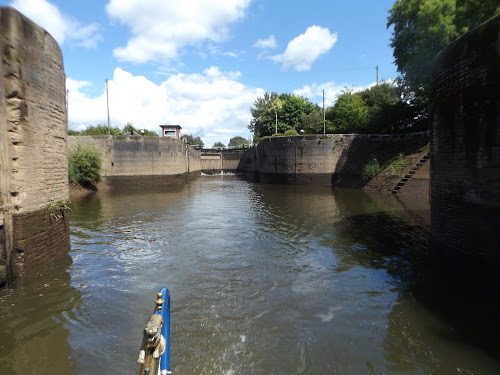 I thought of pulling in at Lower Lode or Yew Tree, but the pontoons here are really for customers of the adjacent pubs, so we pushed on, finding an invitingly empty pontoon at Haw Bridge.
Wide river, bright but with a cool breeze picking up. 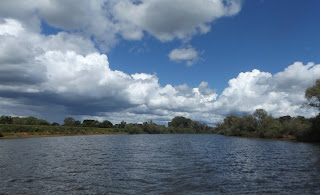 Typical on the flood-prone Severn - rise and fall pontoon moorings and park homes on stilts! 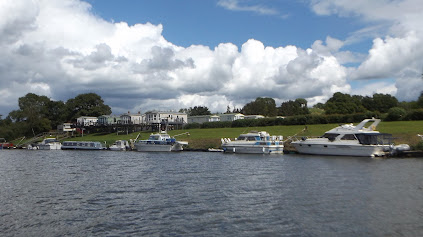 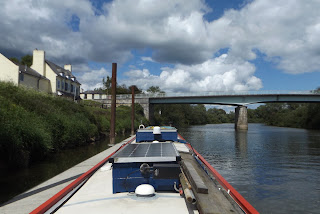 We should be in Gloucester Dock by lunchtime tomorrow.
Locks 5, miles 33¾

Wow what a trip! Remember the failed attempt we made trying to get onto the Severn years ago when the lock at Srourport was well under water and the tree trunks were travelling down the river at a high rate of knots? Sending love and hugs from both of us. Stay well and safe. x

and a link to the photo of the submerged lock...

See here http://nbalchemy.blogspot.com/2018/10/hawford.html for when I last tried to find out about that house.