Down to the river.

Well we're here, moored on the Severn at Stourport.

We dropped down through Kidderminster on Thursday, with just three locks and a couple of miles to do we were tied up again above Falling Sands Lock by noon. And that included a visit to Tesco in the town!

The tower of St. John the Baptist, Wolverley, rises above the trees. It was consecrated at the same time as the canal was opened, in 1772. 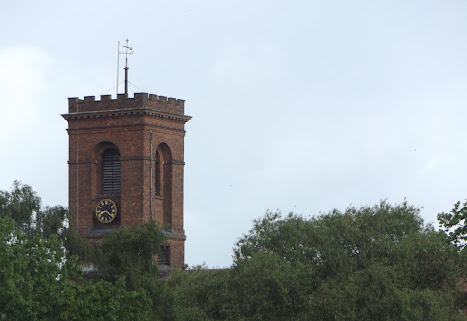 First of the day on Thursday, Wolverley Court Lock. 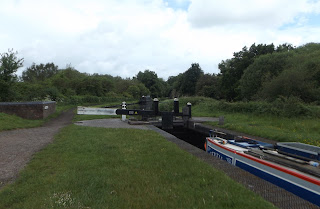 Good moorings here above the lock, but only room for a couple of boats. From here it's obvious that we're approaching Kidderminster, new housing starts to appear along the canal corridor. 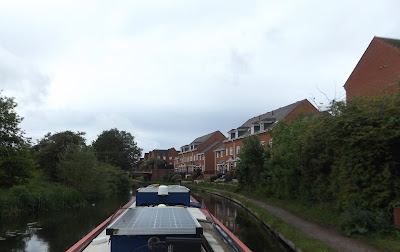 The classic shot of Kidderminster Lock with St. Mary and All Saints in the background. 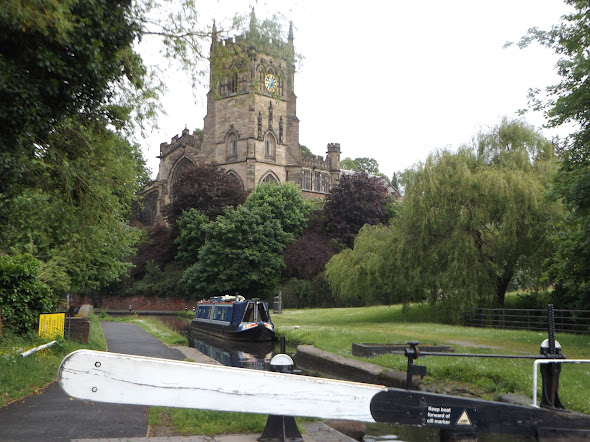 While waiting for the lock to fill (slowly!) I got chatting to an elderly local chap who's great-great grandad was born on the boats and used to run coal from the Cannock collieries down to Stourport. An enjoyable 20 minutes listening to the stories...

We stopped for that visit to the handy Tesco I mentioned earlier, then pushed on, arriving just right at Caldwell Lock, with a boat waiting to come up but the lock in my favour. So they dropped me down. It was a very nice inspection barge waiting below... 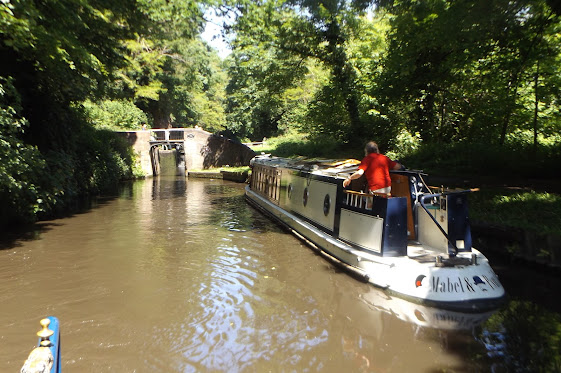 These well-appointed craft were used to carry company shareholders and other dignitaries on tours of inspection. I suspect this is a replica though. 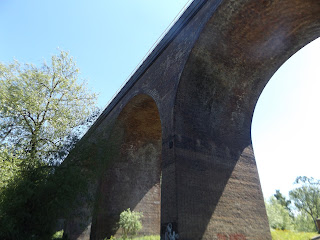 The viaduct was opened in 1878 and carries the restored Severn Valley Railway over the canal and River Stour. It was the subject of a major renovation project in 2020.

We stopped shortly after the viaduct, in a pleasant spot just before Falling Sands Lock. 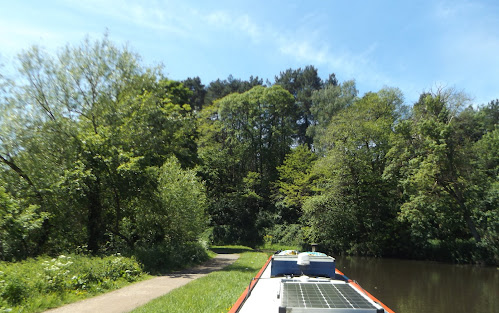 After a quiet night we had a lazy start on Friday, dropping down Falling Sands Lock after 10. 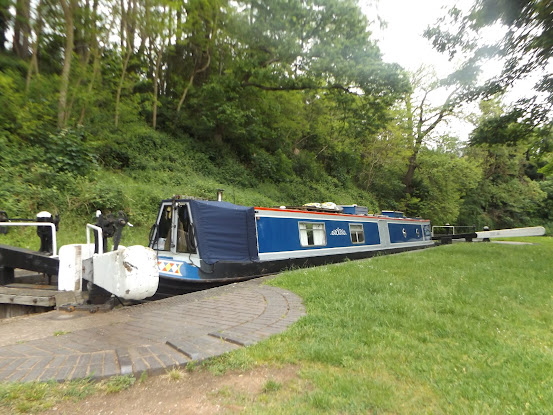 The lock is alongside an unstable bank, hence the name.

Oldington Bridge, backed up against the sandstone ridge. 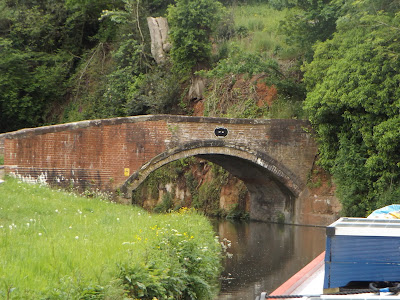 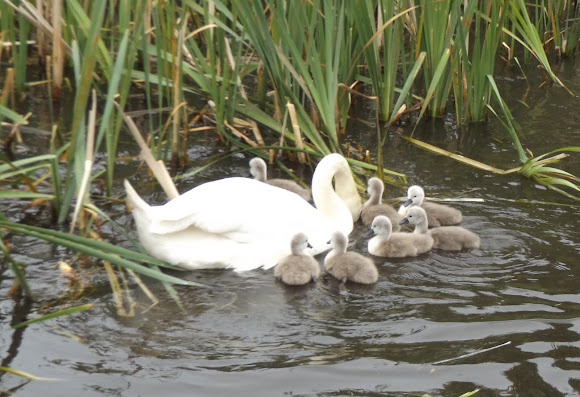 It looks like the Bird in Hand and the canal cottages have had a lick of paint. 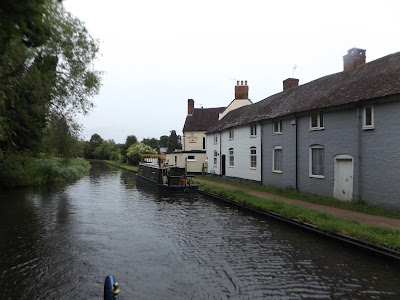 We pulled in on the moorings above York Street Lock, had a brew then I walked down to suss out the mooring situation in the basin. There was a space right next to the services, so then donk was fired up again and we dropped down into the and got tied up handily. 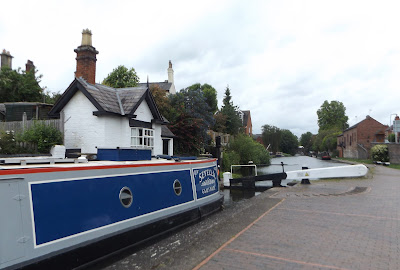 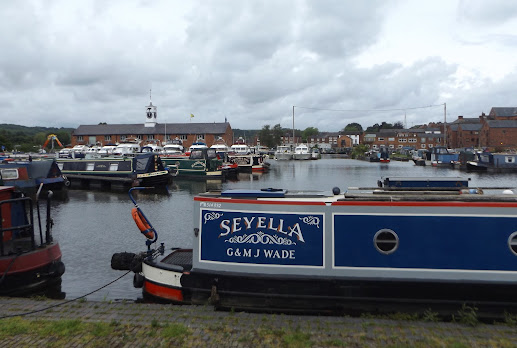 I filled the water tank and emptied the loo in the evening so we could get an early-bird start in the morning. Not that we were going far, just across the basin, down the two  double staircase locks to the river, and onto one of the river pontoons to moor.
Across the basin... 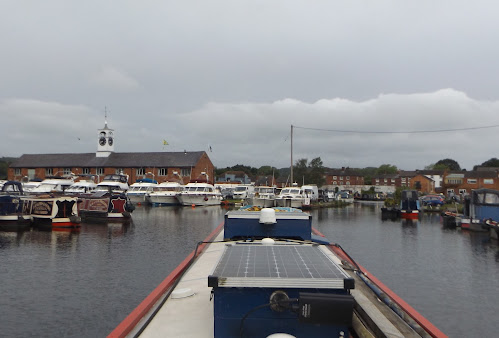 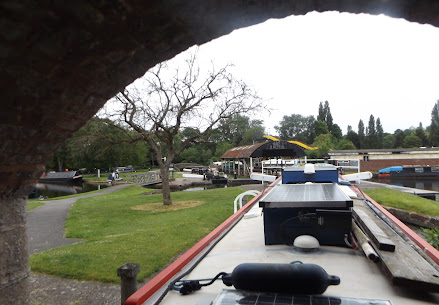 and out onto the river. 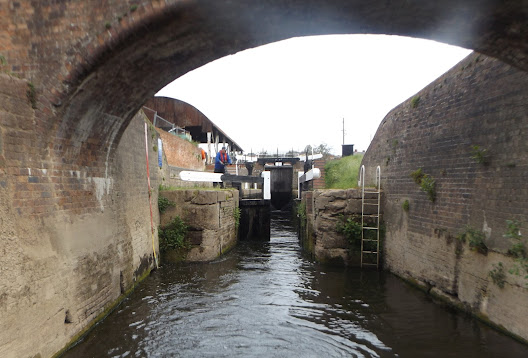 At the top lock a very helpful CRT chap turned up and offered to do the locks for me, an offer I accepted with alacrity! That's him, closing up the bottom lock behind me.
Our mooring till Monday morning... 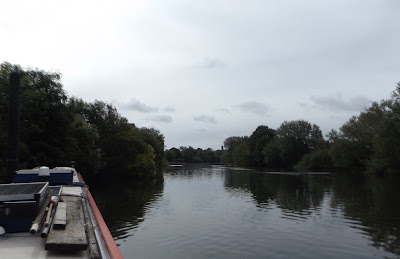 The sun came out later in the morning, and with it the crowds... Not so much on the river but the parks and pubs were busy.
Off downstream on Monday morning.
Locks 9, miles 6¼
Posted by Geoff and Mags at 9:09 am

Enjoyable reading your journey down to the Severn. Just caught up since you left bratch.
Some great moorings you picked there, excellent photos too. Nice to see Mags at the tiller.
Brings back great memories of hiring up there.
Cheers
Ade