Dave got held up on Tuesday so didn't get to do our Boat Safety examination in the afternoon, but he was knocking on the cabin side at ten past eight yesterday morning. Good job we knew he was coming!

Anyway, all was well, I'd have been surprised if it wasn't to be honest.

So at ten we were on our way back towards Great Haywood. 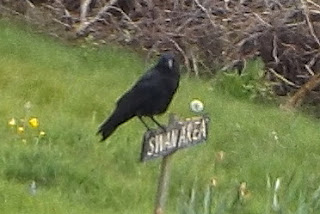 Cannock Chase rising to the south of the Trent Valley. 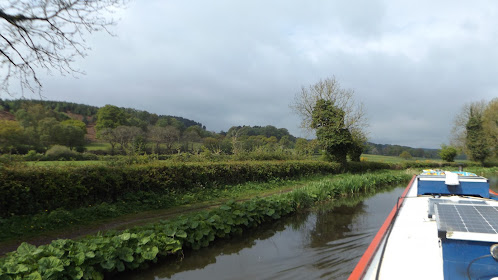 We had a short wait at Colwich Lock for a boat ahead of us, and the same again at Haywood Lock. But the longest queue was for the water point just past the junction. 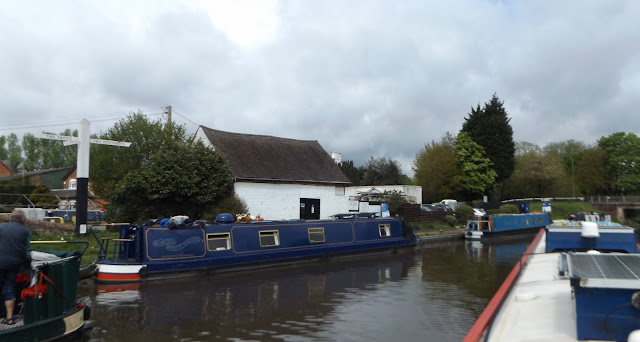 It was about an hour before we'd finished and were able to reverse to the junction and duck under that fine arched bridge to join the Staffs and Worcs Canal. 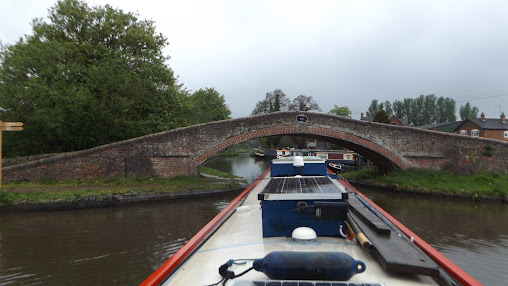 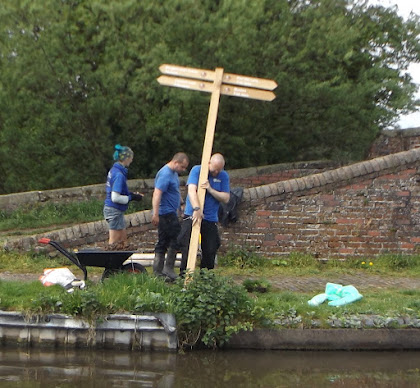 The weather had looked more and more dodgy through the morning and then it let go as we approached Tixall Wide. Busy here too on these popular moorings. 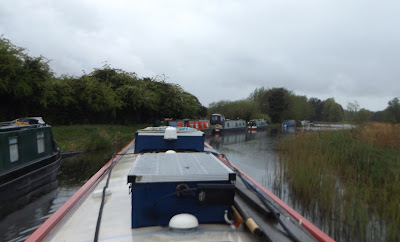 Tixall Gatehouse on it's low hill. 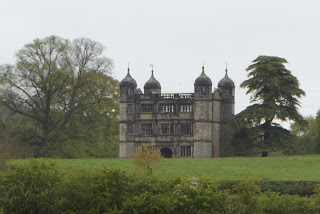 It used to guard the entrance to Tixall Hall, but the hall, the second to carry the name, was demolished in 1928. The gatehouse, built around 1580, fared rather better and is now a holiday destination managed by The Landmark Trust.

The rain had eased by the time we were heading up Tixall Lock, it's still an attractive spot though even in the damp. 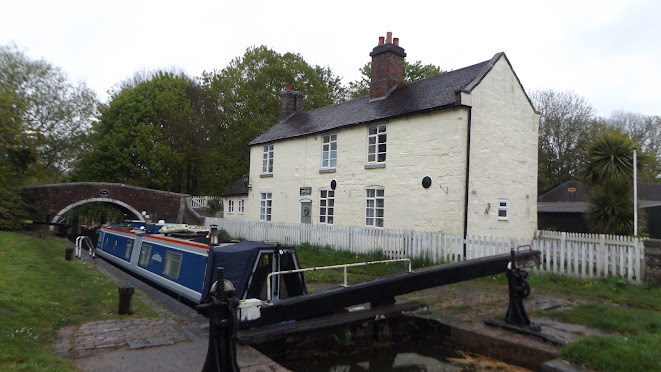 We pulled in above the lock for the night.

Today dawned dry, bright and sunny. We were ready to go at half-nine, so started up, untied and set off. 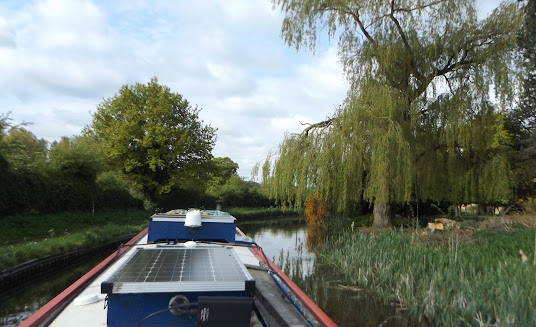 At this point the canal follows the valley of the River Sow, having crossed and left behind the Trent at Great Haywood Junction. Although it's ultimate destination is south, it's heading north-west at the moment, skirting the northern flank of Baswich Hill, the western extremity of Cannock Case.

Pretty along the Sow valley. 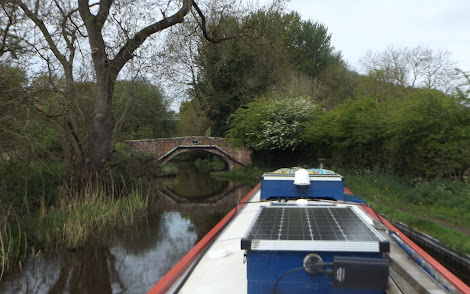 What you can't see though is the busy railway line off to the left...

Stafford was once served by a short river navigation, based on the Sow. This fell into disrepair and was officially abandoned in the 1920's. But work is afoot to restore the route, slightly amended and running from a small basin linked to the Staffs and Worcs Canal near St Thomas Bridge, No.101. https://www.stafford-riverway-link.co.uk/ 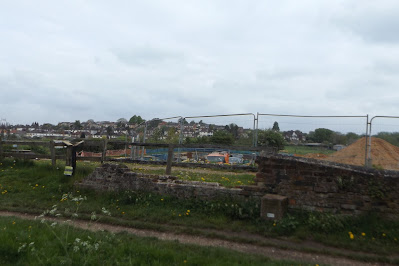 At this point the canal turns sharp left around the end of the ridge and heads steadfastly south (ish).

Radford Bridge is the closest the canal gets to Stafford until the link is finished. 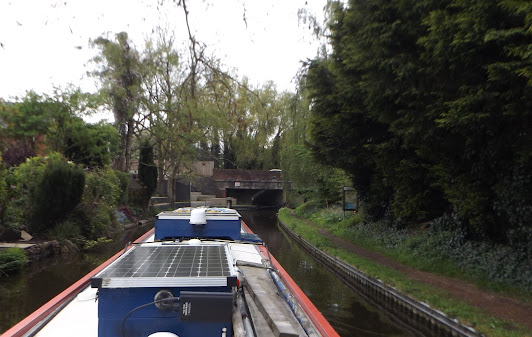 By this time we were following one boat and being followed by another. At Deptmore Lock I offered the hire boat crew behind us the opportunity to go up first. They usually like to get on, especially if they're doing the Four Counties Ring. But they declined, they had a fortnight's hire so plenty of time. In fact they were so pleased with the offer they actually worked the lock for me!
Deptmore Lock 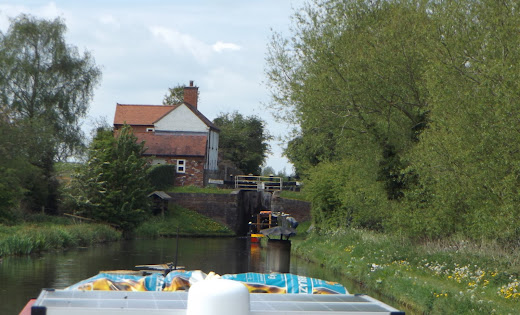 We passed through the dormitory village of Acton Trussel, now much enlarged from the small hamlet recorded in the Domesday Book, and moored just beyond, a half mile from the next lock.

It's pleasant here, and the continuous hum of traffic from the nearby M6 is soon ignored.