A short day today saw us leave Haw Bridge at 10 and tied up in Gloucester Docks before noon. I was quite glad it was a short trip, most of it was into a fresh wind, and it was decidedly chilly!

Wide waters and grey skies as we set off this morning. 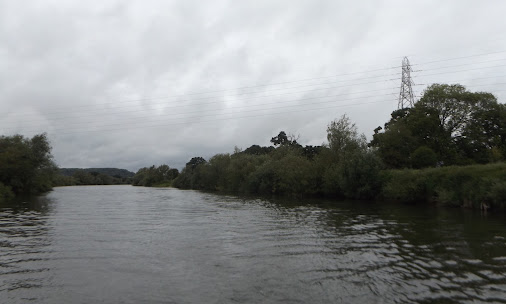 I had a welcome respite from the wind as the river was turned to the west under the lee of the appropriately named Sandhurst Hill... 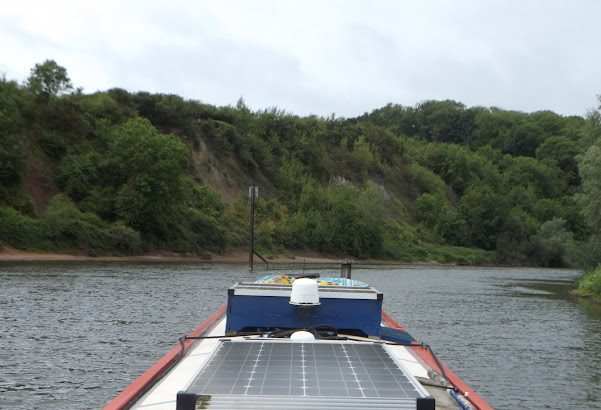 ...but then we were right into the teeth of it as we swung around the end, heading south. 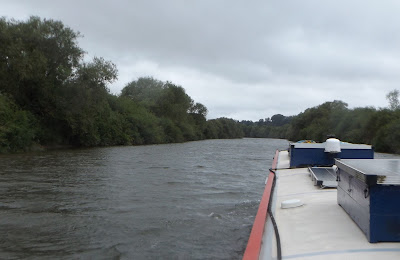 Just over an hour after setting off we reached Upper Parting, where the river splits into the East and West Channels. We turned left here, down the East Channel which heads to the lock up into the docks about 3 miles downstream. 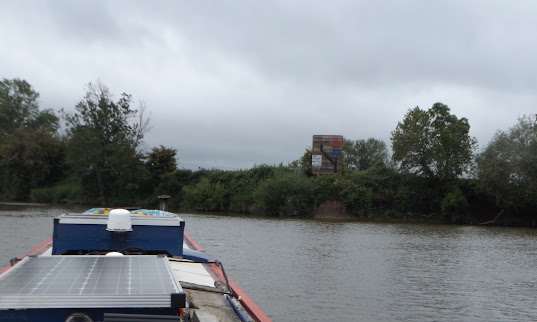 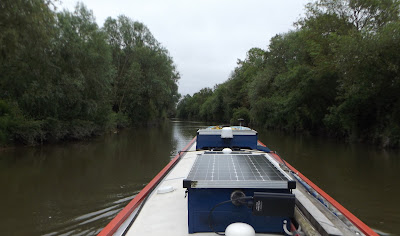 It's amazing how quickly you get used to cruising wide water, even though we only left the narrow canals less than a week ago.

Under the ring-road at Westgate Bridges. 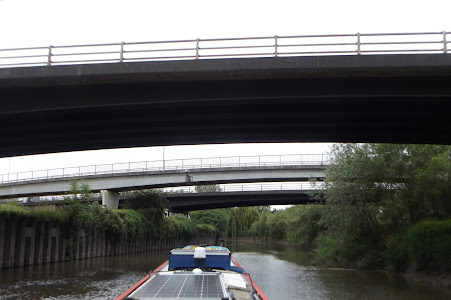 I'd rung the lockie from Upper Parting to let him know we were on the way. It's difficult to hold off below the lock with the weir stream going off to the right. 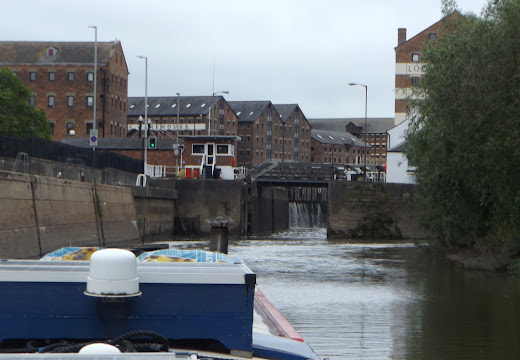 He'd obligingly opened the gates ready for me, so I could cruise gently in.

A lot less relaxed the last time, with an outgoing spring tide running rapidly off to Llanthony weir past that concrete wall to the right and one gate obstructed by a tree! 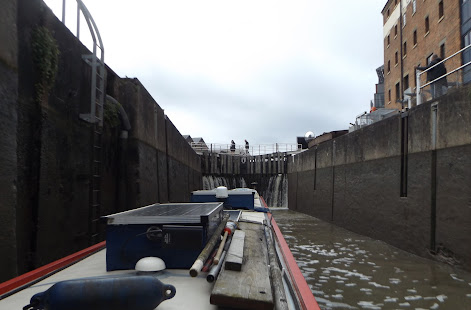 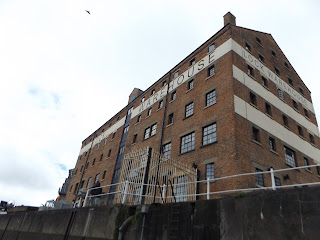 The lockie gave us a very gentle fill taking nearly 15 minutes, then we were up at dock level. 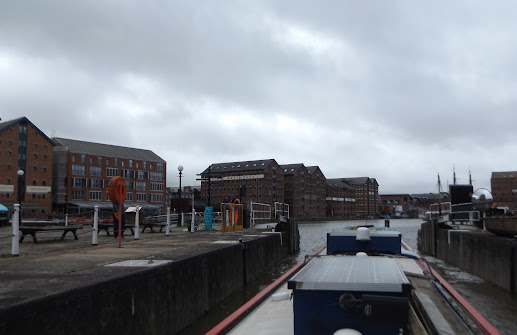 There was quite a bit of space on the visitor moorings, but I struggled to get onto one of the pontoons with the wind blowing down the open water. I'd have been better off aiming for the mooring to the left out of the lock. 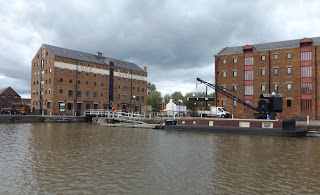 Still, we're tied up and we'll only be staying one night anyway. It's not good for a dog that'll only "ablute" on grass...

Enjoy the sound of the seagulls

Hi Geoff,
when we were moored in Gloucester docks the 'quick' walk was down the west towpath past the moorings where there was a green open space near Llantony Priory. We also walked across the bridge to go down to where the east and west streams join, good dog walking, finding an old lock and watching the bore. Telford's Over Bridge is around there, we may even have walked over it unaware. I also went to parkrun, if you go to the lift bridge and turn east there is a park where Amber could also have a run around.
You have made us keen to return to Gloucester! We are awaiting survey results and hope to be afloat again soon.
Best wishes to you both,
Debby