The Staffs and Worcs Canal drops steadily down towards the Severn, currently following the Smestow Brook, but shortly to meet up with the Stour valley. We're mooching around the western fringes of the Black Country, avoiding climbing up onto the massive dome of coal and ironstone-bearing hills that give the area it's name. It was contemporary with the Trent and Mersey that it joins at Great Haywood, being completed in  1772. Indeed, it was surveyed by the same chap, James Brindley.

It remained financially viable and in private hands until nationalisation in 1948, mainly carrying coal, ironstone and the production of the potteries. Some of the place-names reflect it's industrial heritage, for example Greensforge.

As it skirts the built up area it's mainly delightfully rural, often with heavily wooded banks.

We had a short day on Saturday, mainly to leave the busy towpath at Wombourne behind. Our first locks were the double staircase at Botterham. 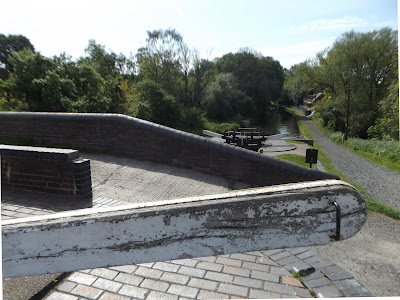 Unlike Bratch Locks this is a "proper" staircase, with one chamber dropping directly into the next. Only two chambers though. 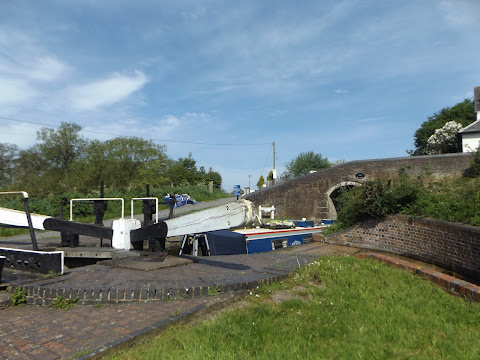 The village of Swindon is growing outwards, both Marsh Lock and Swindon Lock now close to housing. There are moorings below Swindon Bridge but we pushed on a little further, mooring above Hinksford Lock. 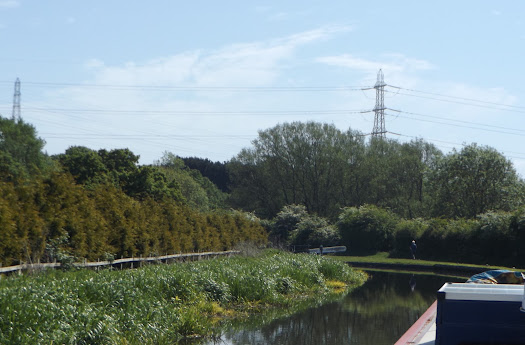 Sunday is usually the day when we catch up with family on the phone and by video, so we stayed put, moving on again this morning.

Below Hinksford Lock and wharf a large Victorian pumping station was opened in 1900. 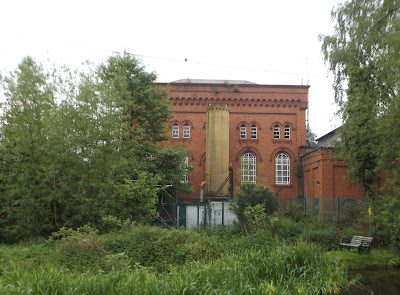 It was constructed as part of an ambitious project to provide fresh drinking water to the still expanding homes and industry to the east.

Canal boats supplied coal for the pair of steam pumping engines that lifted water from Smestow Brook to the reservoirs.

We needed to use the services at Greensforge, past the long line of permanent moorings. There was a hire boat on the wharf but enough room for us too. We'd filled and emptied while they were still showing no signs of leaving so pushed on ahead of them.

Greensforge Lock and the Navigation Inn. 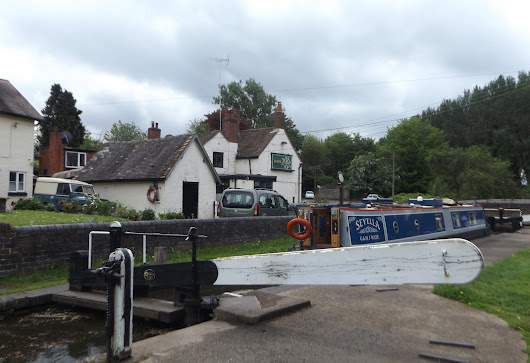 It was a good move, with boats coming up I didn't have to fill another lock.

Below Greensforge a branch led off to the northwest, formally Ashwood Basin, now Ashwood Marina. 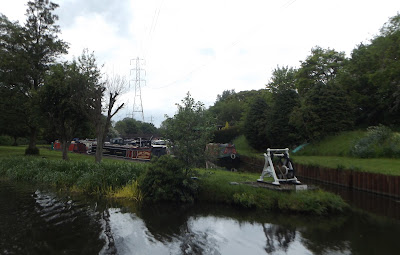 It was opened in 1829 to connect to a mineral line servicing collieries and ironworks over towards Kingwinsford.

A little further on is Ashwood Nursery, with then splendid John's Garden alongside the canal. 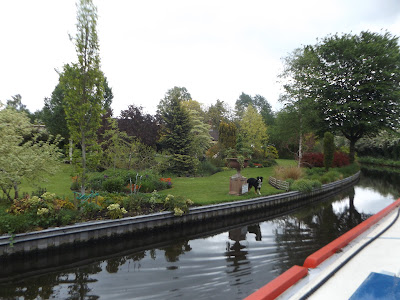 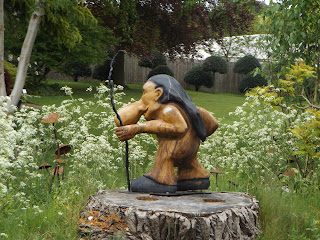 Rocky Lock and Gothersley Lock are close together, the former named for the sandstone outcrop which had to be excavated for the construction. We intended to push on a bit, maybe to Stewpony, but the towpath below Gothersley Lock looked inviting so we called it a day there. 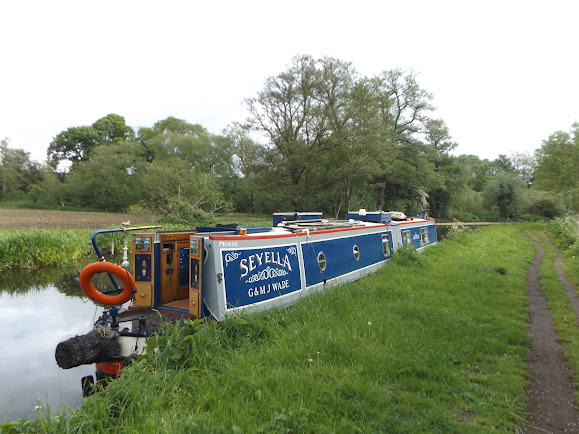