A touch of Spring in the air..

What a bonny day it’s been! It started out cool, but warmed up as the sun rose. Cooled down a bit early afternoon as a bit of cloud rolled in, but by teatime it as sunny again.
It was chilly out of the sun, but still mild compared to this time last week. 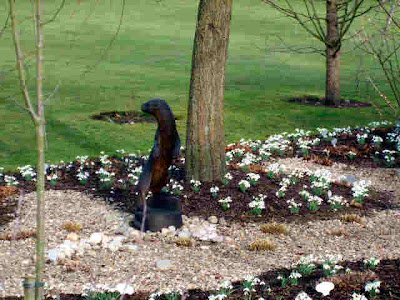 We were off at just before 11:00 this morning. Climbed up Whittington Lock then under the pretty Whittington Horse Bridge.

This was only built wide enough for foot (or hoof) traffic. 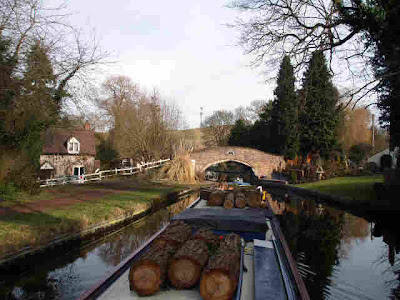 We didn’t stop in Kinver, I’d already walked up with Meg to get essential bits like bread and milk, so we kept going.

Coming out of the village is Hyde Lock, with a well-maintained cottage alongside.

The owner has carried the canal theme into the garden….even including the controversial square bollards! 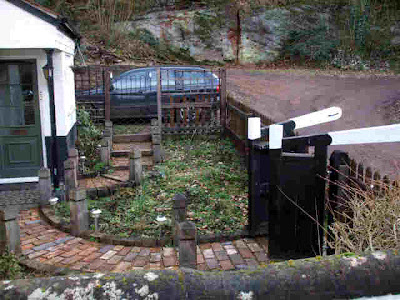 We nearly met the BW tree fellers under Prestwood Bridge. The boats had been moored for the weekend at Gothersley Lock, but had taken all the cut logs with them. Shame.

There’s a nicely decorated boat just through the bridge. 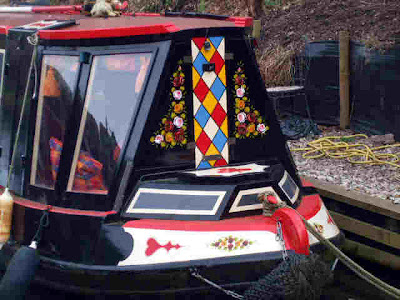 We carried on, with a stop at the services at Greensforge, to moor just above Hinksford Lock. On the way down we’d moored a ½ mile on, near Swindon. But TV was almost non existent there. It’s much better here.

In the field alongside there is a flock of sheep, with lambs. One of the mums has 2 black youngsters. I’ll try to get a picture tomorrow. It was too dark tonight.

On the opposite side of the canal a pair of swans are setting up home. I reckon the Cob doesn’t want us around… 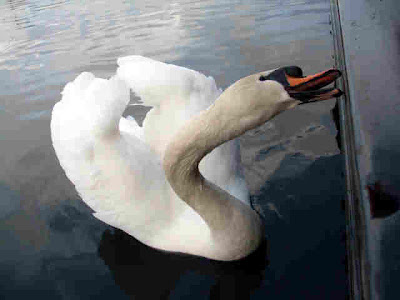 such an idyllic life u guys lead :0
fancy corn on the cob!

Wade. What a great surname. Kevin I Debbie, great fans of the NP bolg.