Today was another fine day after an overnight frost. 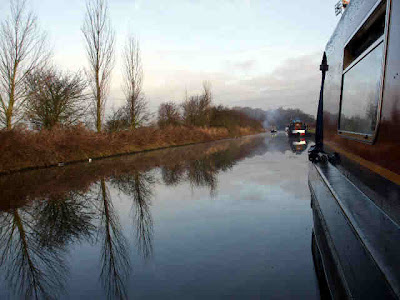 It was warm in the bright sunshine, and cold when we ducked into the shade of one of the cuttings. A bit like one of those Scandinavian saunas, where you cook in a steam room, then run outside and roll in the snow… 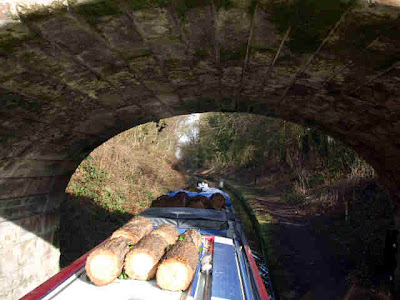 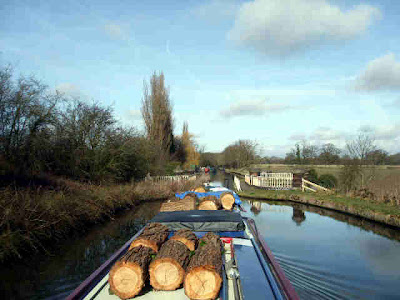 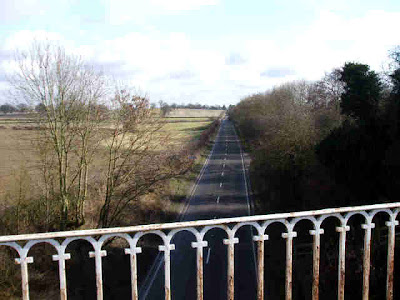 The original route runs from Dover to Kenchester, near Hereford on the Welsh border, via London. A distance of 276 miles. And we have the temerity to call it the "A5"

Kingfisher dozing in the sun. A bit fuzzy. I got the Mbyte setting wrong. 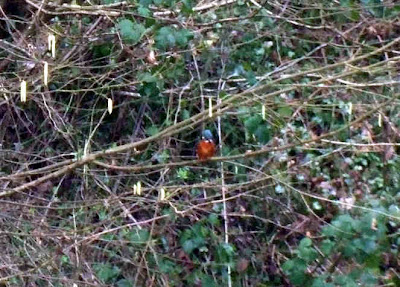 We had a busy time at Wheaton Aston. First it was onto the services for water and rubbish and loo emptying…

Waiting for the tank to fill, and enjoying the sunshine. 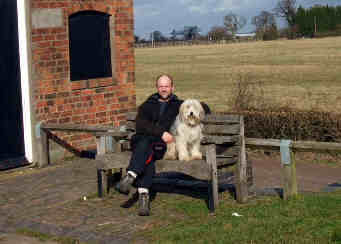 Then under the bridge onto Turner’s wharf for diesel and a gas bottle. Still 51.9p for a litre of the red stuff. 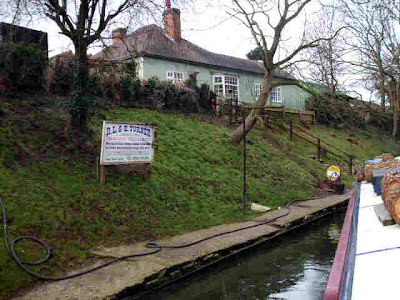 And finally across to the visitor moorings so I could make a trip up into the village. Mail collection at the Post Office, and a few groceries from the Spar shop.

In common with Brewood, the towpath alongside the moorings in the village is a bit grim, so we’d already decided to push on out into the countryside to stop. It was only as we were moving out I realised we’d been moored just a few yards from Chas and Ann on Moore 2 Life!
Chas was waving out of the window. I hope he didn’t think we were ignoring them. Sign language between us told me that they were turning round and heading north again, maybe tomorrow. So we’ll probably see them over the weekend.

We moved on a couple of miles to Little Onn Bridge, pulling over just clear of Rye Hill Cutting. It’s a pleasant spot here, with good TV. The farm opposite is a little aromatic at times, though. Good country air!

We’ve been joined by Ted and Jenny on NB Conway. Had a chat, found out that this is their favoured mooring on this stretch. And that the tree cutters are busy at Gnosall, with plenty of wood available for the taking. They can’t see over the stack on their roof!

I meant to give my views on the southern half of the Staffs and Worcs yesterday, but got distracted. So here they are today, for what they're worth.

If you're in the area and have a few days to spare, head off to Stourport on Severn. Even if you've no intention of dropping down onto the river, it's well worth the visit. Even though the sections through Wolverhampton and Kidderminster are not that inspiring, the countryside in between is well worth seeing. The villages of Kinver and Wolverley are a delight. And the climax, the basins at Stourport, are an impressive and interesting destination. The locks are mostly in good condition, with a few leaky gates but nothing serious. Bratch is an interesting flight to work down and up, and you get a sense of history here and at the junctions with the BCN.

We must have passed you somewhere near Bratch on 18/19 Feb.
I have only just found your blog. I'll add you to my blogroll at www.justheaven.org.uk