The snow turns to rain, the towpaths turn to mud.

The snow lasted through most of the night, but disappeared rapidly under the twin onslaught of rain and warmer temperatures. Monday’s rain was persistent and heavy at times. We moved down to just above Wolverley Court Lock to improve TV, but had to use the dish as aerial reception was still very poor.
We joined Paul on NB Free Spirit at the lock. He’d moved down from above Wolverley lock earlier, so he could get a mobile phone signal. We’d seen the boat a couple of times, at Kinver then at Wolverley, and were a little puzzled by the fact that, although it’s a hire boat, it doesn’t seem to be going anywhere very fast!

Talking to Paul explained this odd phenomena. He hired the boat from Worcester over 6 weeks ago, and is on his way to Stourport to hand it back on Friday. The reason for the extended hire is to see whether the lifestyle suits him. Hiring and cruising during the coldest winter for 20 years should certainly answer the question! As a freelance writer and photographer, he could work from a boat. You can read his exploits on his blog.

By the way, the boat is one of the Gdansk built Aqualine ones. It’s the second of these I’ve seen, and, apart from some quirky design features, am impressed.

So yesterday it rained all day, washing all the snow away and turning the frozen towpaths to mush. Back to a normal winter, then.

This morning I walked back to Wolverley for some milk from the village shop. What a fascinating place it is! The church is Italianate in design, and stands proud on the sandstone ridge that dominates the village. This rock, being easily worked, has in the past been utilised to accommodate stores, a forge and a pen for wayward animals!
There are some fine buildings, the school and Court House for example. More info on the village here and here. 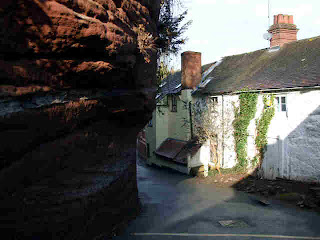 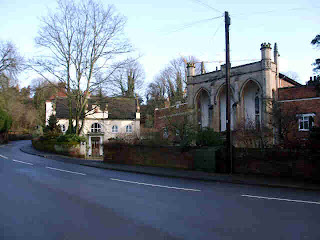 Church builders around here certainly liked to keep the parishioners fit. The churches of Kinver, Cookley and Wolverley are all on steep hills! Maybe the plan was to ensure worshipers were on their knees by the time they got to the service…. 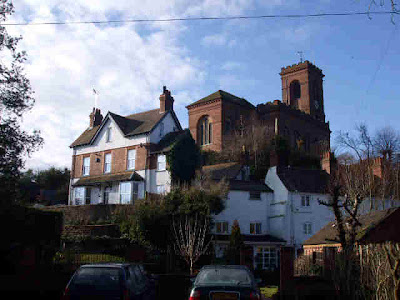 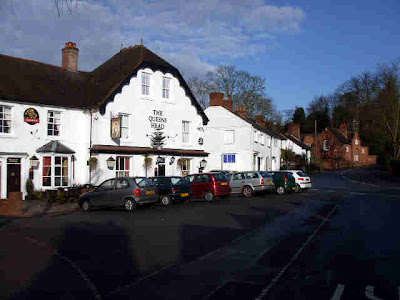 After slicing up some logs, it was nearly noon by the time we got away today. The day was much better than yesterday, bright sunshine but with a cool wind.

Wolverley Court Lock. Sunshine instead of snow for this shot. 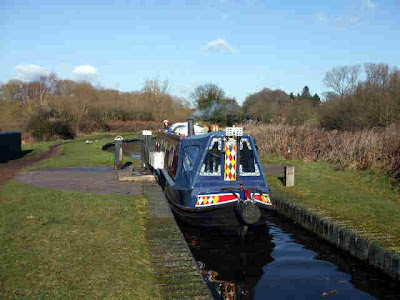 We entered Kidderminster soon after. Those boaters reading this who use Nicholson Guides will recognise what I tried to achieve with this photo approaching Kidderminster Lock…. 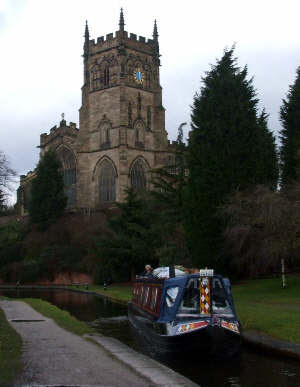 The canal through the town is not so bad, with retail parks and residential developments lining the route.

Though with no activity obvious, I think this development may be a casualty of the economic downturn… 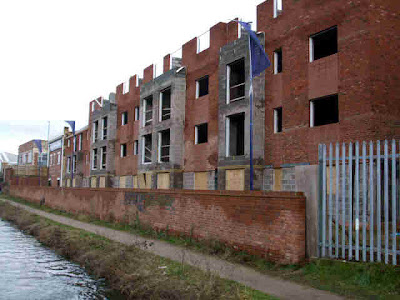 There are moorings at several locations through the town, but this might have been a bit dodgy outside Tesco. Shopping trolleys and boat propellers don’t mix. Or I should say, they do, and with disastrous consequences!

Tesco off their trolley? 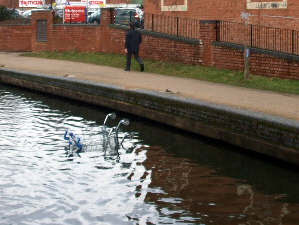 Leaving the built up area, the picturesque Caldwell Lock is reached, with that sandstone cliff still doing it’s best to intimidate passing boaters. 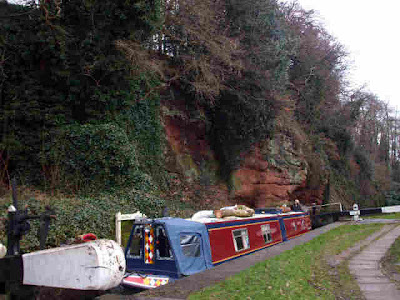 Then, 20 minutes later, there’s Falling Sands Lock. I wonder if they had problems with the excavation here?

Over at Wilden, a ½ mile east of the canal, there used to be an extensive ironworks. It looks like the site is now occupied by a modern industrial estate. Anyway, the River Stour was made navigable for a mile or so to the works, and linked to the canal via a lock at Pratt’s Bridge. No sign of the link remains, though, just the bridge carrying the towpath over the arm. 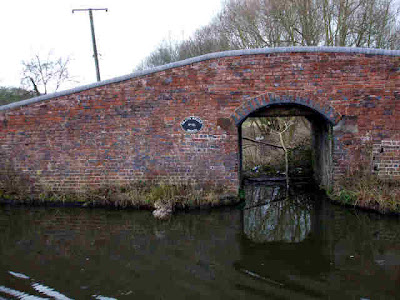 We pulled in behind Free Spirit just short of Bullocks Bridge 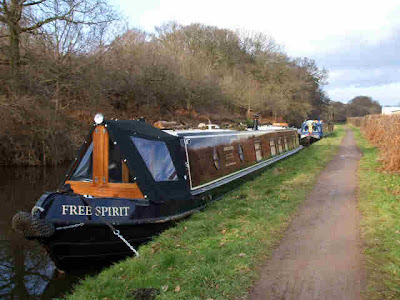 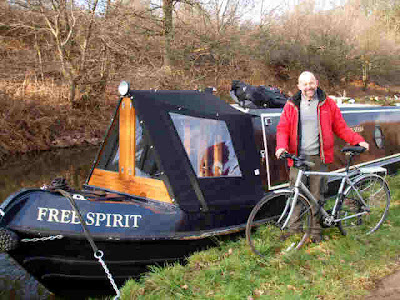 This gave me a chance to walk the last mile and a bit down the canal to Stourport Basins. I wanted to check out the mooring possibilities before arriving. The wharfage just above York Street Lock looks OK, but I think we’d prefer being in the basin. I couldn’t find anyone to ask, but I’ve got a phone number to ring.
I took quite a few photos, but will do a post about the area tomorrow, after we arrive. I think this one has gone on enough!

nice to see the sun shining and a bit of blue sky. here in jersey we had sunny day too.

have to go to the dentist tomorrow for root canal treatment. will think of you when im in the dentists chair wishing I were on your canal.

Ouch!
By the time you read this I guess you'll be feeling pretty sore, eh.
I sympathise, anything to do with dentists makes me shudder!
Frosty night last night, but sunny this morning. Heading down to Stourport in a while.

thanks...bit numbed but least its done. thought of you guys couple times as I dreamed away the drilling.

always look forward to your blogs :)