A long weekend off, then a longer than planned cruise.

We stayed near Little Onn till today. I fitted a new chain (collected with the mail) to the saw, and made short work of slicing up some of our log collection. Meg and I had some good long walks, I had some good hard runs on the local minor roads, and Moore 2 Life arrived from Wheaton Aston and stayed till yesterday. Chas and Ann came aboard and we caught up with the news.

Pics while out walking….

A better shot of that elusive kingfisher 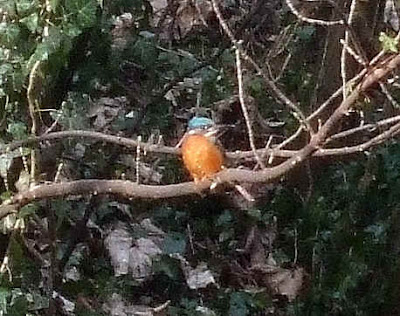 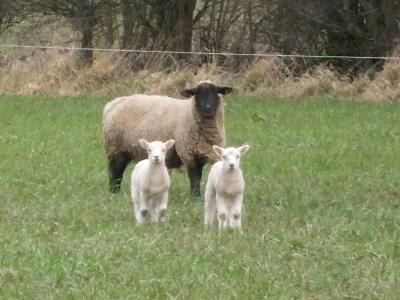 Ted and Jenny set off under Bridge 23 yesterday 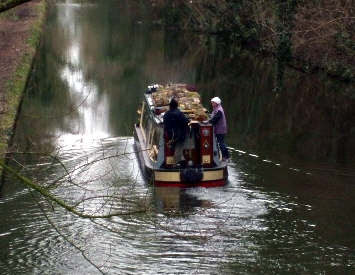 At one time we had 6 boats on this popular spot, but by this morning all but ourselves and the chap on NB Sparrowhawk had moved on. We left him on his own at around 11:30 this morning. Had a very gentle cruise to Gnosall, past High Onn Wharf and to bridge 25, where the towpath swaps sides. 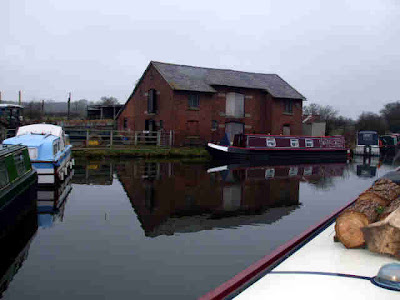 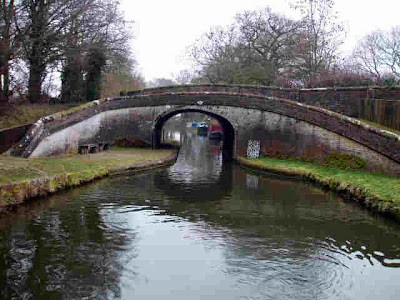 Up to this point there’s about a ½ mile of permanent moorings on the offside, and the sign on the bridge asked boaters to slow down as they are going “passed”…..

Cowley Tunnel comes soon after, entered at the end of a long, damp cutting. Apparently, this cutting was supposed to be part of a 690 yard long tunnel, but instability in the rock led to it being opened out, leaving a short 81 yard length.

Lush vegetation on the cutting wall 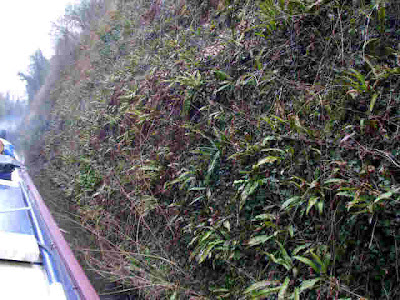 Probably not a good idea to put a couple of logs on the fire just before the tunnel…. 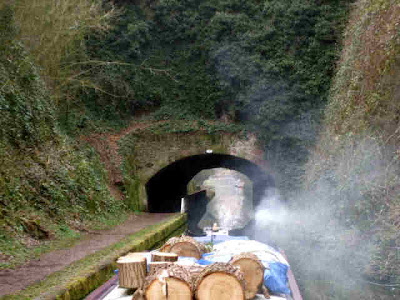 In the tunnel – cough! 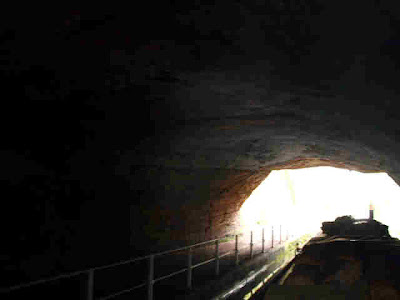 Fresh air at the northern end. 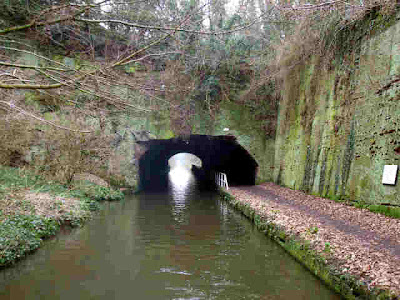 Gnosall visitor moorings were pretty busy, but we weren’t intending to stop here, just through the village and out into the country would do.
But the plan went awry as I couldn’t get the boat into the bank, though I tried in a few places before we hit Shelmore Embankment. 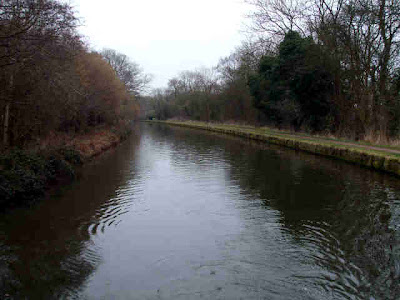 This structure proved to be a major headache for the engineers, as time and again the slopes collapsed. It was the last link in the navigation to be completed, taking nearly 6 years and millions of tons of earth and rock to be shifted from Woodseaves Cutting, a few miles to the north. About a mile in length, it stands up to 60 feet above the surrounding farmland.
The sides are now wooded, affording only brief glimpses of the view to the west, but helping to stabilise the steep slopes. 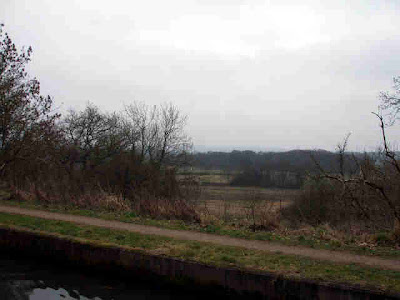 We ended the day moored on the visitor moorings just south of Norbury Junction. 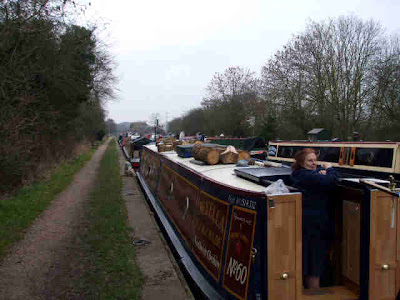 Not our usual sort of spot, busy with boats fore and aft, and permanent moorings opposite. But I’ve got to make a visit to the chandlers tomorrow. Then we’ll shove off for points further north.

It’s not been a bad day, starting drizzly but drying up by mid-morning. Quite mild too, and the wind we’ve had over the last couple of days has dropped.

It's quite delightful traveling along with you. Wonderful sights, don't you agree? I've been along for a month now. Linked you to my blog so others might enjoy your travels also.
Carolyn

Hi Carlyn
Thanks for your kind comments.
I do agree. Sights, sounds, smells...
Took Meg for a walk this morning along a bridle way back of Shelmore Wood. Woodpeckers tapping, buzzards wheeling against the blue sky, Meg chasing squirrels. Thought to myself, would I rather be doing anything else? I reckon you can guess the answer...
Regards
Geoff