Out of the boat park and back up the locks.

With visits done for the time being and the car going back on Tuesday (it was a very nice metallic blue Mini Cooper S Countryman...) it was time to leave the marina yesterday morning. It's been ok here, but it's not like being out on the cut.

With a gas bottle and both solid and liquid fuels required I pulled round onto the service wharf but couldn't find anyone to serve us. A phone call went unanswered, so, after 20 minutes, I untied and we set off for Chas Hardern's yard instead.

While we were hanging about a hirer out of Whitchurch came in for water so I helped them tie up and we had a chat about diesel use. They were worried that they might need some before getting back, I told them they'd be fine. Anyway, I said we'd wait for them at Wharton's Lock, the first up the cut, about an hour away. Just so long as another boat didn't intervene...

Back past The Shady Oak 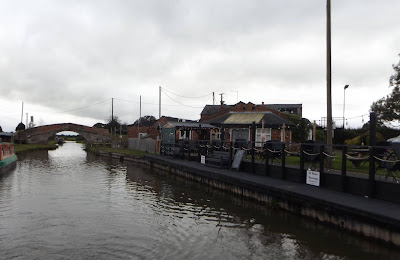 I'm sure it's busy in the summer, but at this time of year it's only open Thursday to Sunday.

I was just helping a boat down Wharton's when another did intervene, they'd passed the marina entrance before the hirers had made their exit, so we shared the lock with them instead.

Arriving when we were just about to leave they had the lock to themselves, but weren't put out by me taking another offer. We pulled in at Chas Hardern's and got all we needed, by which time our erstwhile lock partners had gone up Beeston Iron Lock (only one at a time in this one anyway) and the hirers had passed us too. I moved up to the lock landing and helped them up, then they insisted on helping me up as I was effectively single-handing. I was grateful, Iron Lock is a pain, having no ladders in the chamber.

Leaving Hardern's, all filled up. 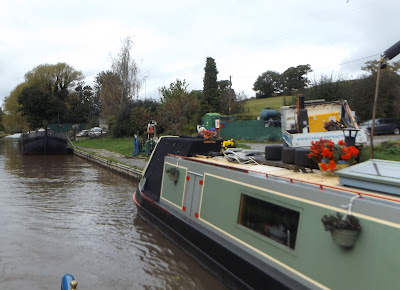 We shared Beeston Stone Lock, with them insisting on doing the work, then we parted company as we were stopping above the lock while they were pressing on for a pint or two in Barbridge. 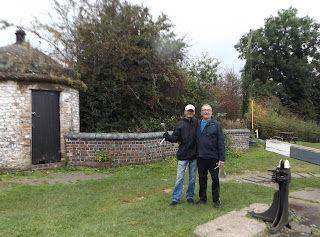 We moored in front of the boat we'd earlier shared Wharton's Lock with, and arranged to "do" the remaining ones together today.

So at 10 o'clock we set off in convoy, unfortunately following another couple of boats with crews that were earlier risers than us! 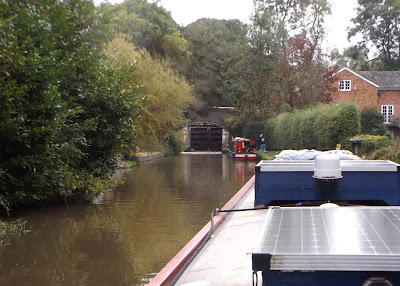 Seyella and Tranquil in Tilstone Lock 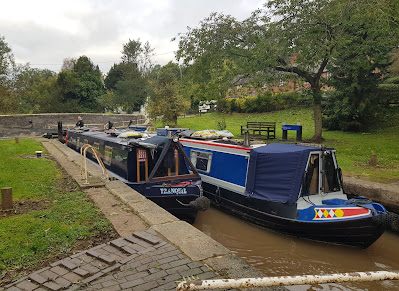 It's only 15 minutes from here to Bunbury Locks, the two-chamber staircase which is the last one on the Chester Canal.

With the Anglo-Welsh hire base below it's always pretty congested here... 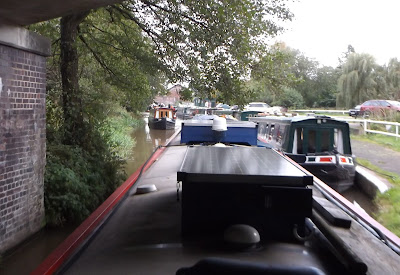 We'd caught up with the preceding boats so had to hang around till we could go up. 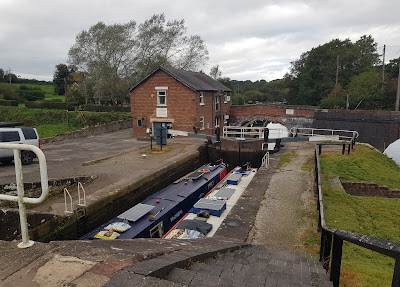 Taking our leave of the couple on NB Tranquil. 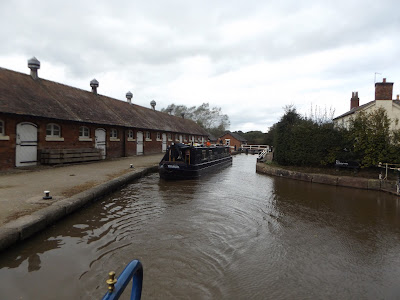 We pushed on, past the busy Calveley wharf, and on towards Barbridge. I'd intended to pull in on one side or the other of the junction with the Middlewich Branch, but a fine strip of grassy towpath just this side of Goodwin's Bridge looked inviting so we stopped there instead. 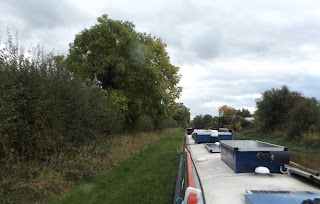 We'll be off up to Hurleston Junction tomorrow, up the locks onto the Llangollen.