As planned we stayed in Swanley Bridge Marina till Thursday, driving up to Yorkshire for our flu jabs on Tuesday then returning the hire car on Wednesday before leaving the marina.

We didn't turn right to head up the canal immediately though, instead we went back to Burland Wharf to pick up a load of solid fuel from Richard and Ruth before they set off to deliver on the Shroppie. With the imminent stoppage on the Baddiley Locks they won't be able to get the boats up the Llangollen for a while and will have to deliver by road. So I thought I'd get a load on to take the pressure off a bit.

Mountbatten and Jellicoe through Burland Bridge. 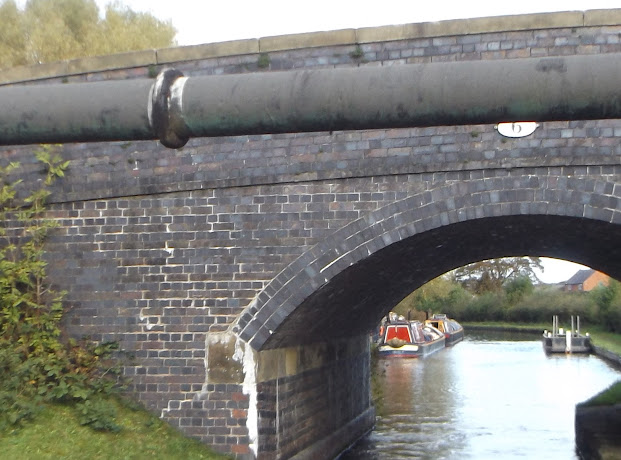 By the time we'd loaded and had a chat it was getting on for lunchtime so we turned around, cruised back past the marina then moored up below Swanley Bottom Lock.

We decided to stay put after we'd eaten, a decision which seemed good on waking up to a bright, sunny Friday. 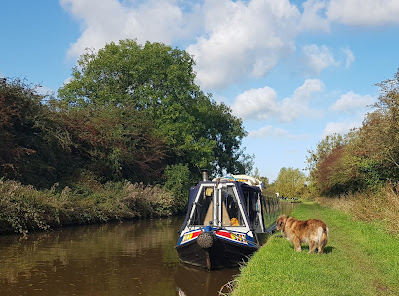 But it wasn't to last and we had to put up with blustery showers as we ascended Swanley and Baddiley Locks. We had a good run, meeting boats coming down at most of the locks so were able to swap as we went up.

Baddiley No 2 Lock, due for major maintenance this winter. 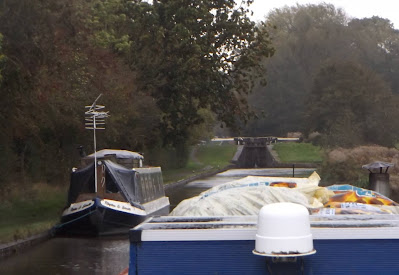 After dealing with the locks we pushed on to Wrenbury pulling in just shy of Bridge 18. The main moorings are shaded by thick shrubbery but although it's a bit shallow here it's mainly clear of trees and the sun had come out. 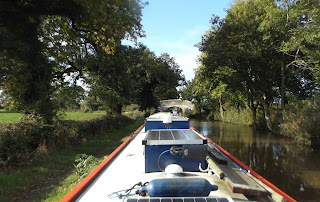 We're moving on on Monday, heading towards Grindley Brook. We're taking the weekend off as we're both suffering from the effects of the flu jabs, Mags was running a temperature on Friday and I have sore shoulders from the flu and pneumonia jabs. We're in no rush anyway.