A grand day for a hold-up at Hurleston!

Friday morning started a bit gloomy, but by 10 the sky had cleared and it was bright and sunny. Just look at that sky as we left Barbridge! 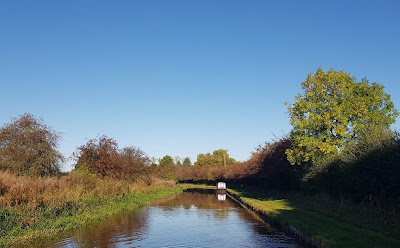 Approaching the junction, with a boat heading up onto the Middlewich branch. 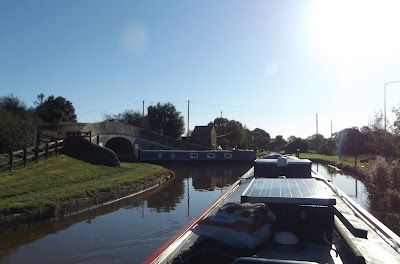 A few years ago the tap above the junction was removed, now the bin compound has gone too. 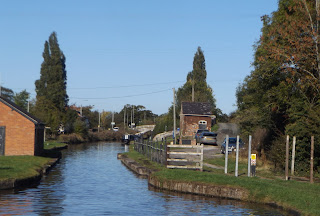 When we arrived at the bottom of Hurleston there was a boat waiting on the very limited lock landing so I hung about below the bottom lock until they were heading up. It took a long time to empty the lock, it turned out that the previous boat had left an unnoticed top paddle up. 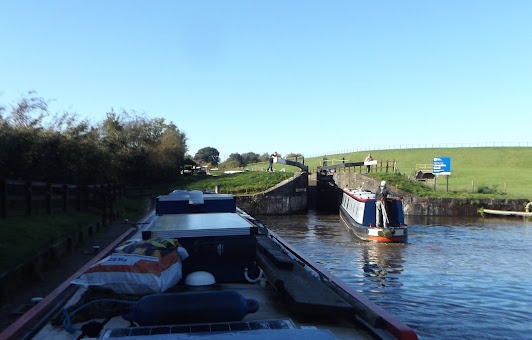 We'd just filled the top lock ourselves and a volunteer lock-keeper came down to ask us to just pull out of the chamber and tie up as there was a problem ahead. The boat preceding us was stuck in reverse gear so they were intending to haul it up the locks. But with traffic building above he wanted to drop a couple of boats down before we followed up.
With the already low pounds this left the broken-down boat stuck on the bottom, it took 5 of us to push it far enough out so it was floating again. 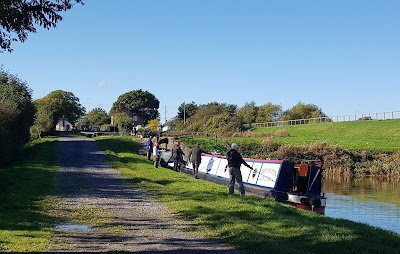 We did eventually reach the top to see a queue of 4 boats waiting at the top, and looking back another 6 or 7 waiting below.

We moved on for another half hour before pulling in on our regular spot below Bridge 5. 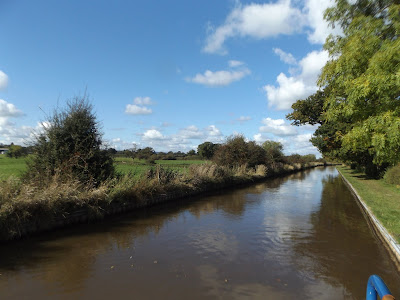 Solar panels went up and we were fully charged by mid-afternoon. Lovely.
We're moving in to Swanley Bridge Marina tomorrow for three nights. The appointments that were cancelled by our doctors surgery 10 days ago are now rescheduled for Tuesday, so we'll be heading up to Yorkshire just for the day. Assuming they've got the flu vaccine in...
Locks 4, miles 3
Posted by Geoff and Mags at 10:37 am

You don't need to go to Yorkshire for the Flu jab, many Pharmacies are doing them, at least around here (Middlewich) they are !

Hi Alf. Yes, I know you can get them locally but Mags was due her annual MOT, blood and wee tests etc so we killed several birds with one stone!