We moved a bit further from Ellesmere yesterday morning, I was a bit fed up with the grotty towpath and we wanted to be a away from passers-by for a day or two. We can’t go too far, we’re still trying to sort out an appointment for Mags at the local surgery.

Filling up with water at the wharf. The dry dock is empty at the moment 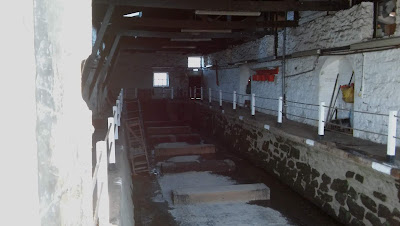 The last few nights have been cold and clear, giving us a fine view of the New Moon… 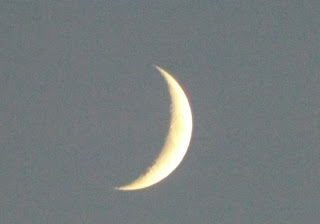 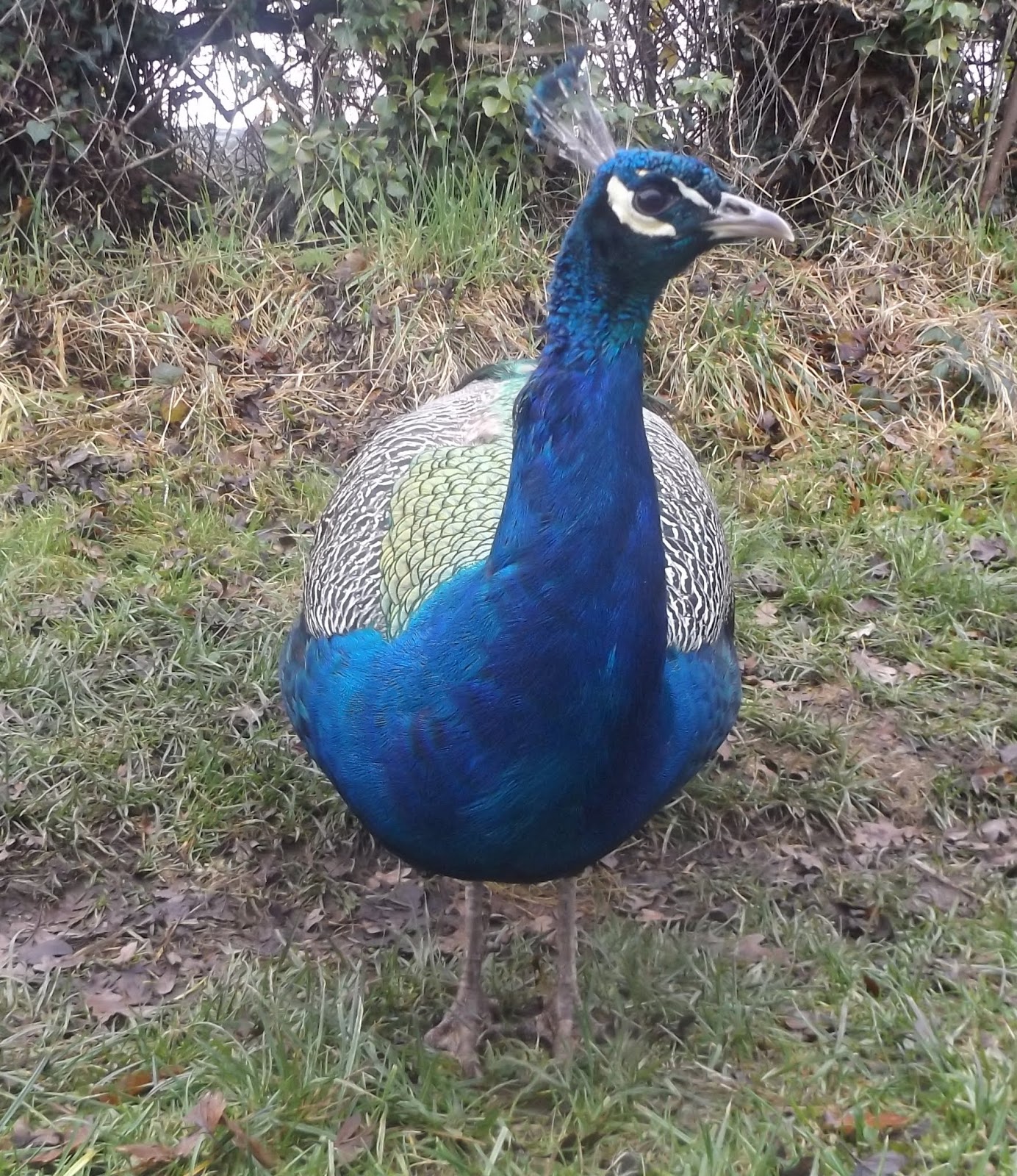 Still, makes a change from the ducks! 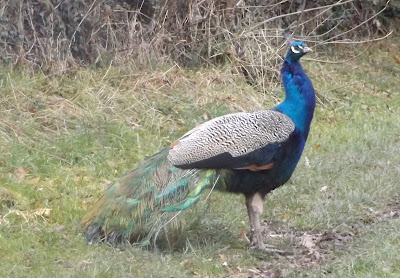 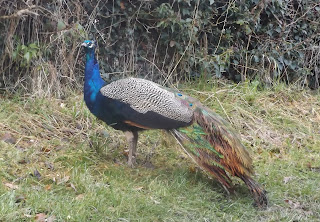 He is quite tame, obviously used to people, and enjoyed a tray of birdseed before ambling on his way. 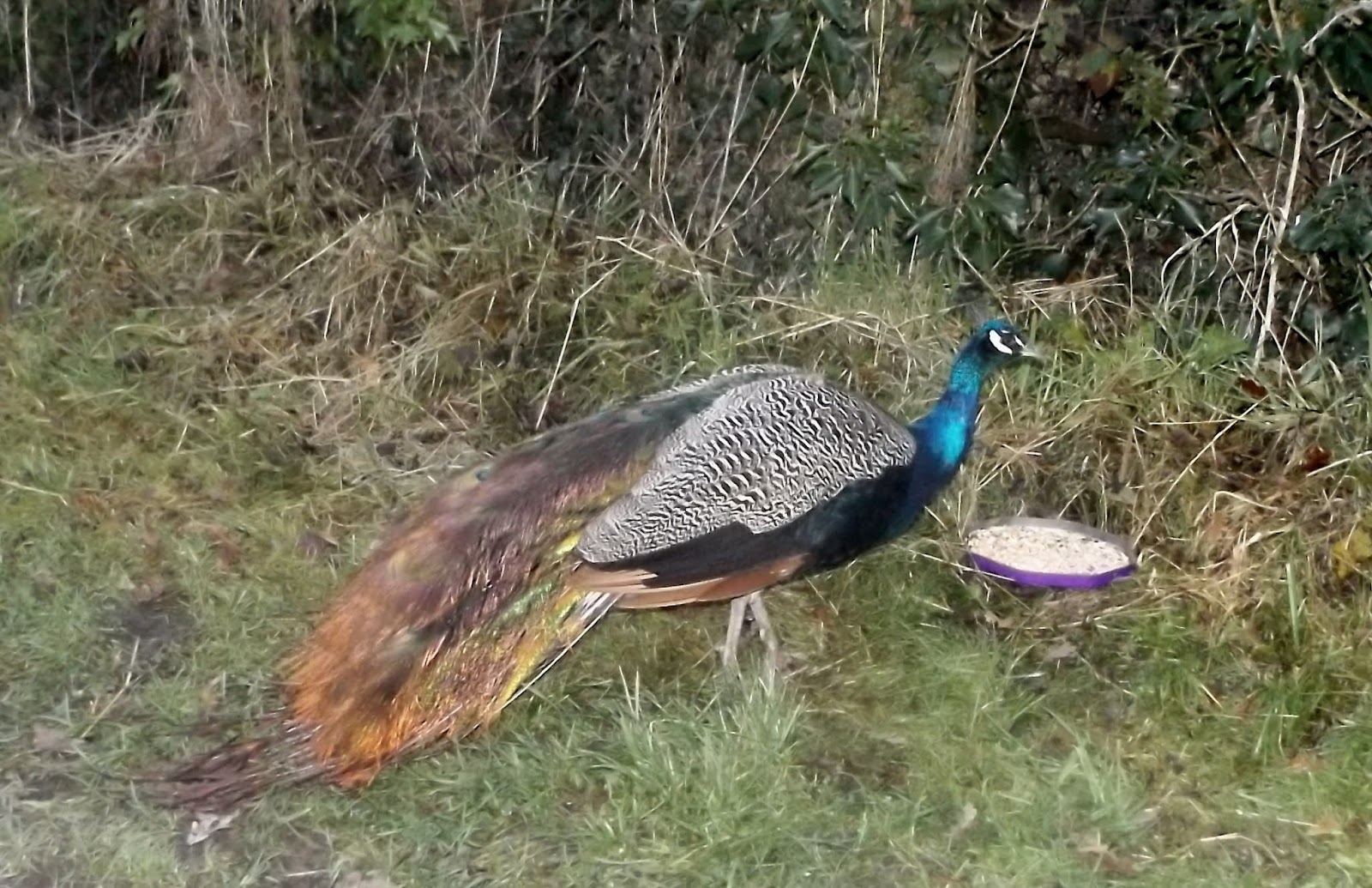 Now he’s been fed he’ll probably be a regular visitor.

I can’t remember mentioning it or not, but the fridge has been playing up. The thermostat had died, handily in the “on” position, so the thing was running all the time. I ordered a replacement from a Beco parts supplier but they’re no longer available, so I obtained a universal one instead. It fitted OK but the temperature range between switching on and off was far too wide. It would switch off when the temperature in the freezer dropped to -7° C, but not switch on again until +1. Then it’d run for 6 or 7 hours to get the temperature back down again. Not ideal. So I had a mooch about and sourced a digital one from Amazon. I fitted it yesterday, having to make minor mods to the wiring, and it’s now running the compressor splendidly, switching on at -1½° and back off at -3½°. 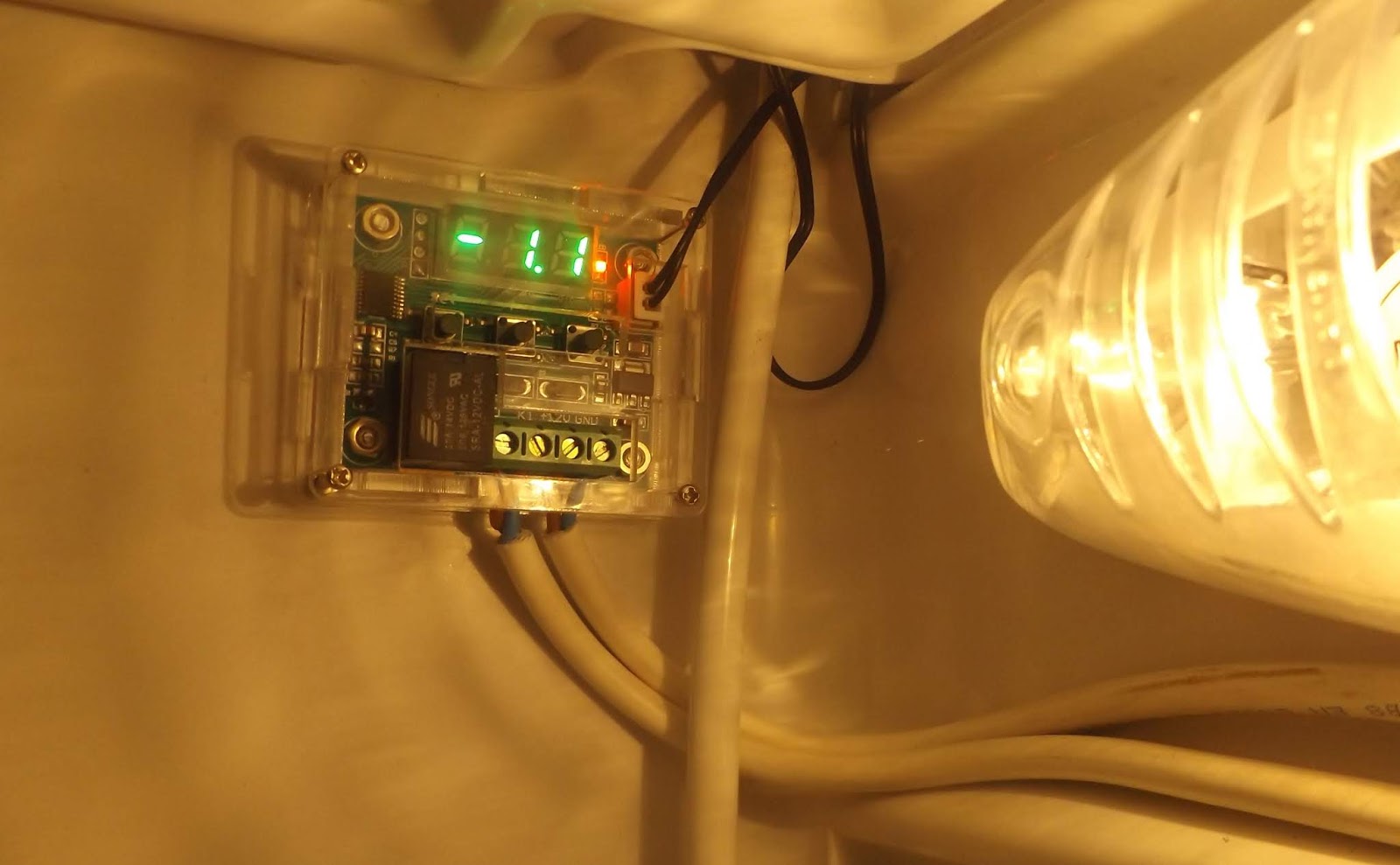 Just the job so long as the unit is robust enough for the fridge environment. If it struggles with the cold and damp I’ll have to find a longer sensor wire and mount it externally.

When we hear from the Doc’s we’ll move back into the arm to make it easier to get up into town. Probably in the back half of the week.

Thanks Lesley. I was pleased how easy it actually was...