A change of scene…

After spending the last few nights moored at Lion Quays it was time to move on. We had a great Christmas Day, we hope you did too. We were collected to go to Val and John’s for the day, good food and great company.

So under grey skies we set off this morning, passing the hotel moorings on the left. 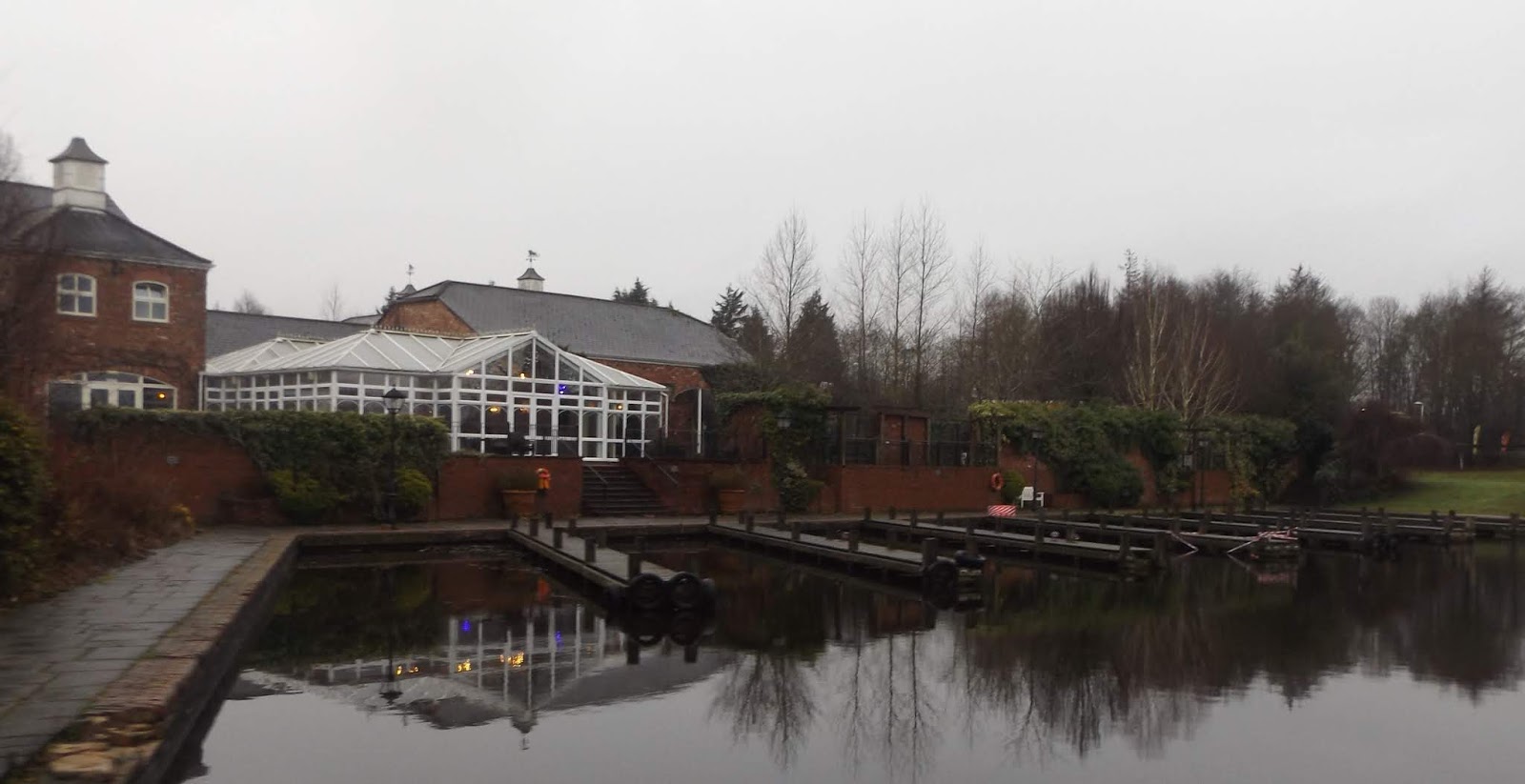 They’re pretty silted up now, I don’t think we’ve ever seen anyone moored there.

The moorings near The Poacher’s were half full, plenty of room away from the pub, and those at Monks Bridge were completely empty, The handful of boats that have passed must have pushed on towards Llangollen.

After Gledrid Bridge the canal runs high above the Ceiriog Valley on the southern flank, until it turns sharp right to cross the river into Wales on Chirk Aqueduct. 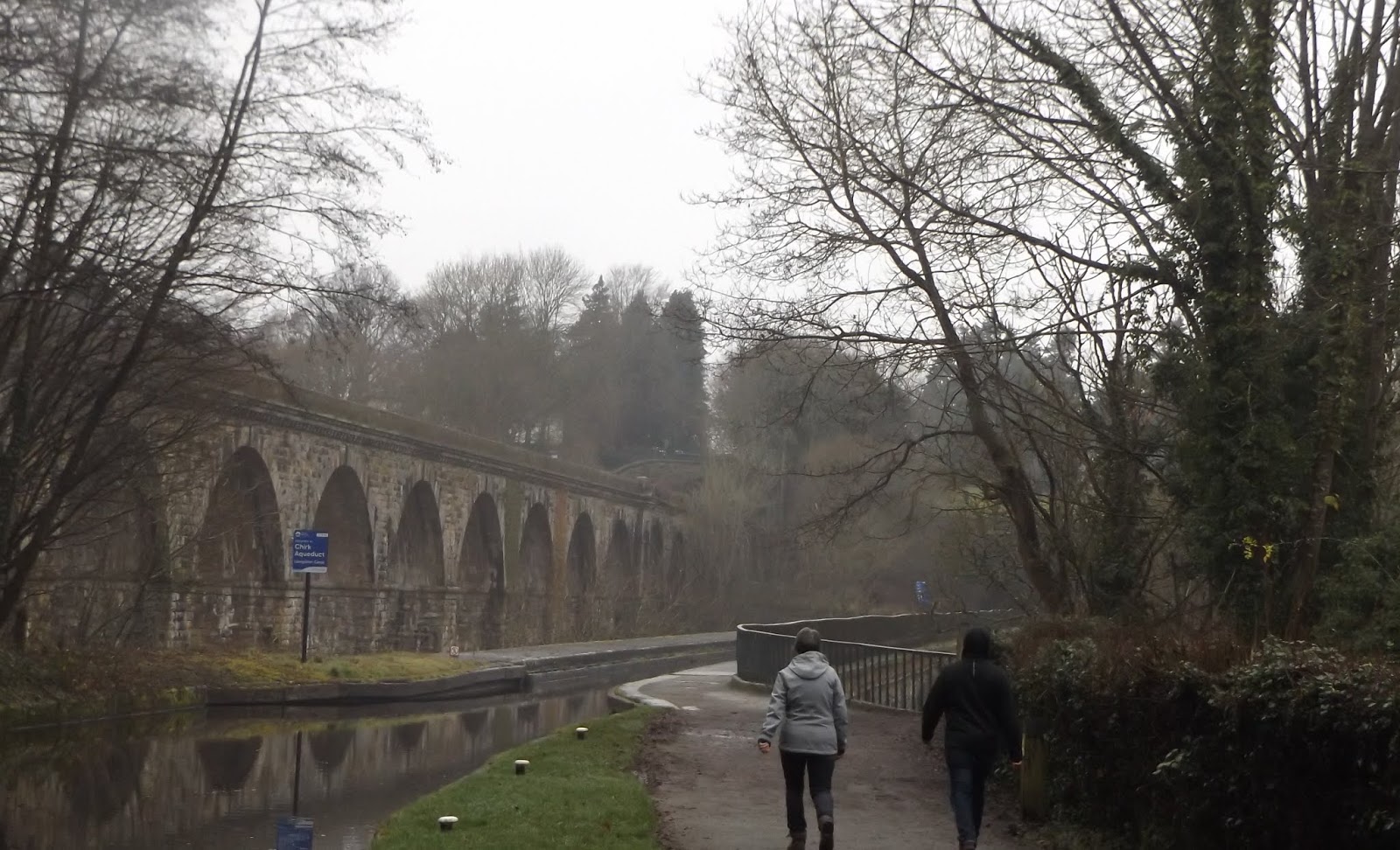 The slightly later railway viaduct runs above and to the side. 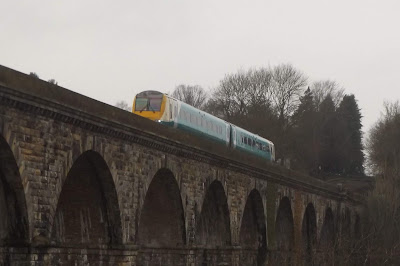 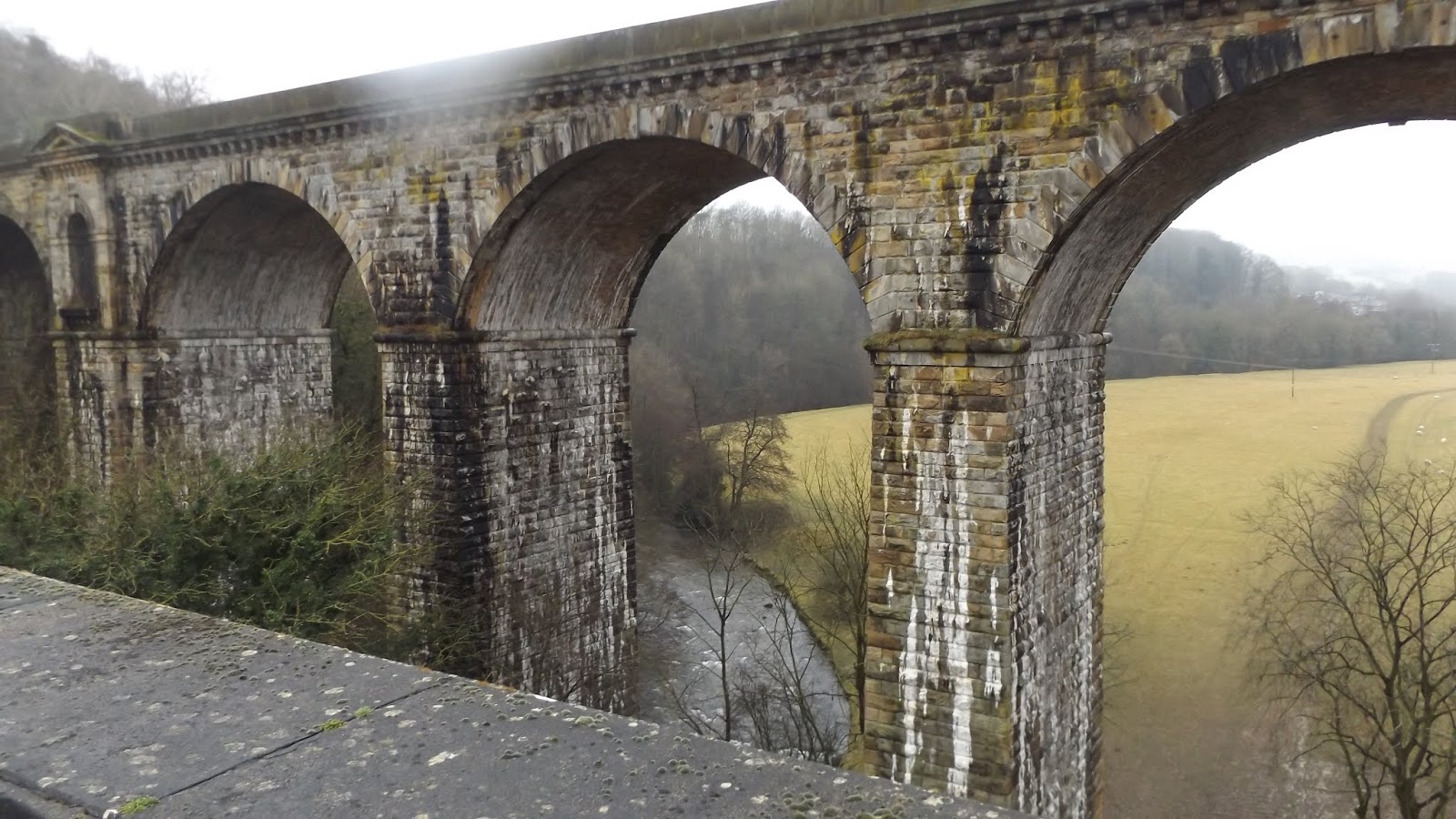 At the northern end of the aqueduct there’s a basin then Chirk Tunnel takes the canal 460 yards past Chirk itself. 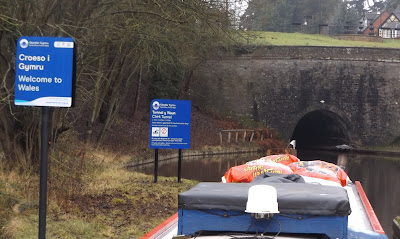 The tunnel cutting at the far end lasts for about ¾ of a mile before the slope levels out and Chirk Marina is passed on the left. We took a half-hour interlude here, pulling in to fill the diesel tank, before heading out and through Whitehouse Tunnel. 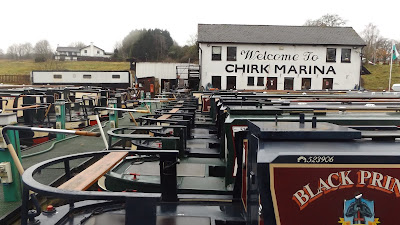 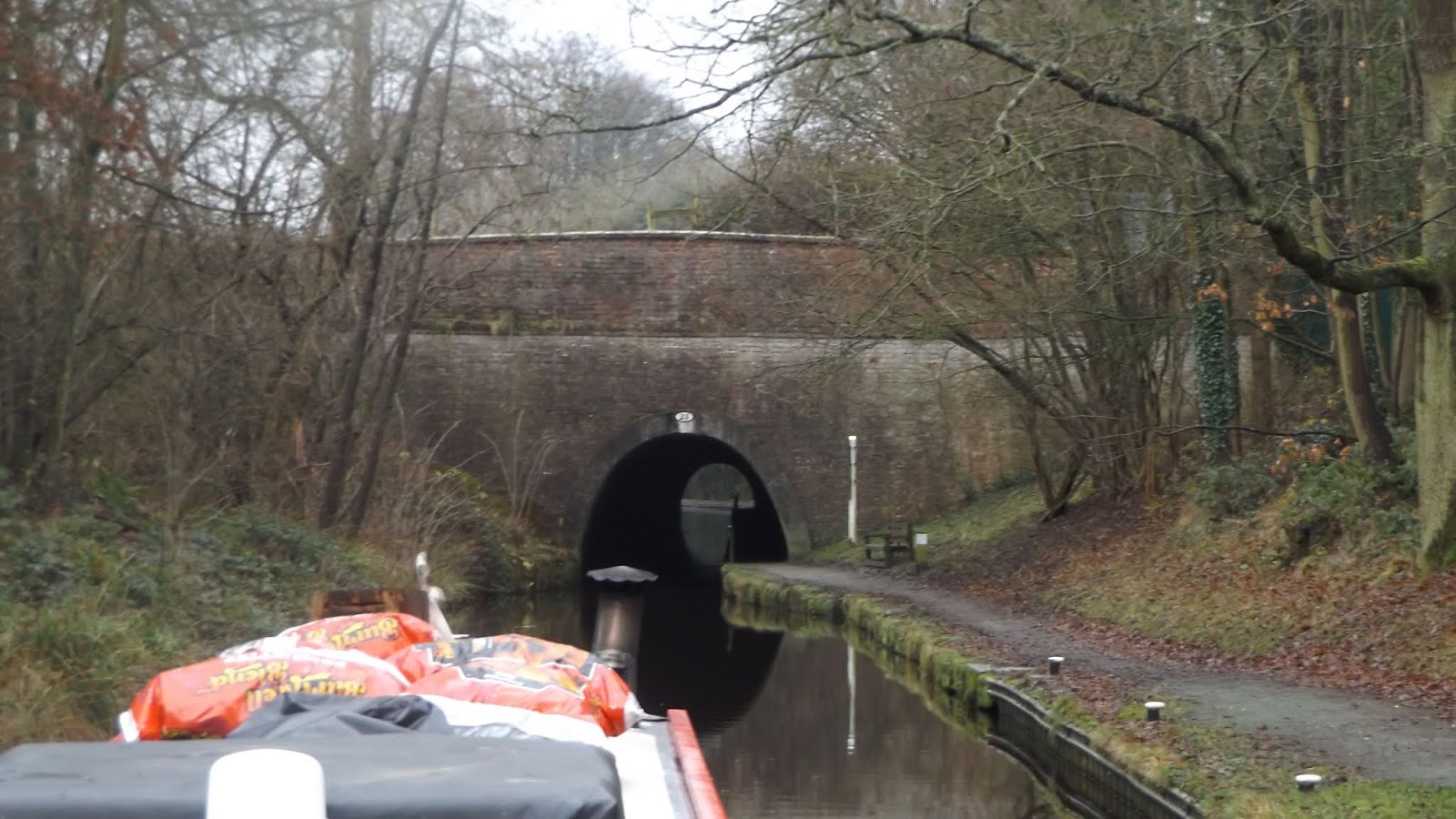 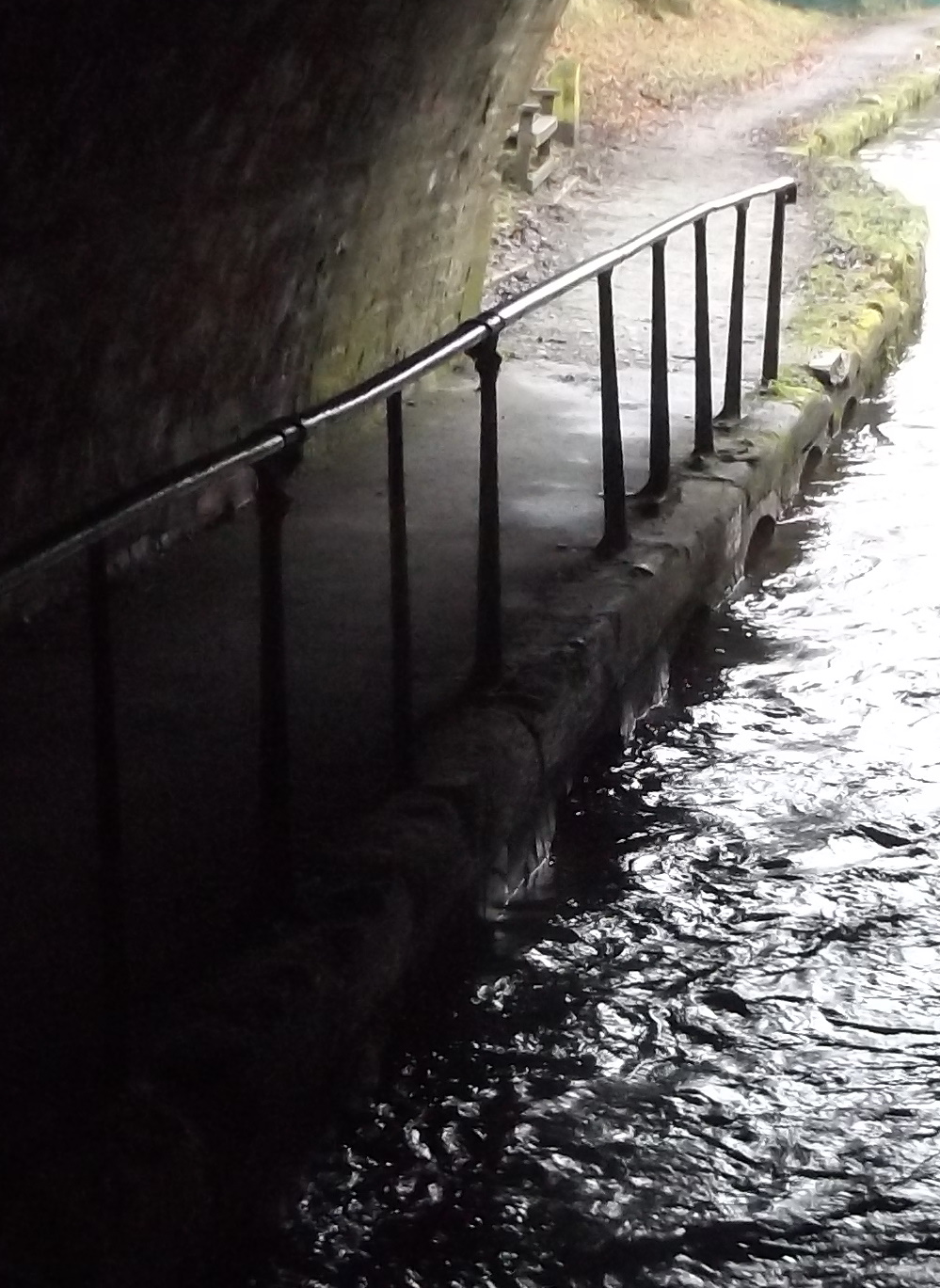 The flow coming down from Horseshoe Falls to feed Hurleston Reservoir makes it slow going crossing Chirk Aqueduct and through the tunnel. But here at Whitehouse tunnel the towpath is built over a water channel, supported on brick arches, which allows the displaced water to run back alongside the boat.


The construction makes progress considerably easier, and the same principal is used on Pontcysyllte Aqueduct.


We pulled in just beyond the tunnel on the mooring rings there with an all-weather surface on the towpath. We‘ve had enough of mud for a couple of days…