Up to the top and back down the other side.

First off, apologies for not posting. Technology issues… My laptop kept locking up, that’s if it started at all! Microsoft.net framework unhandled exception. Turns out it was an updated mouse driver that was at fault but it took some sorting out and lots and lots of restarts! Sorted now – touch wood!

Anyway, where did I leave you? Ah yes, we’d arrived near Stone last Wednesday, a week ago. On the Thursday we went up the four Meaford locks then headed up to Barlaston, mooring up halfway between Bridges 103 and 104. 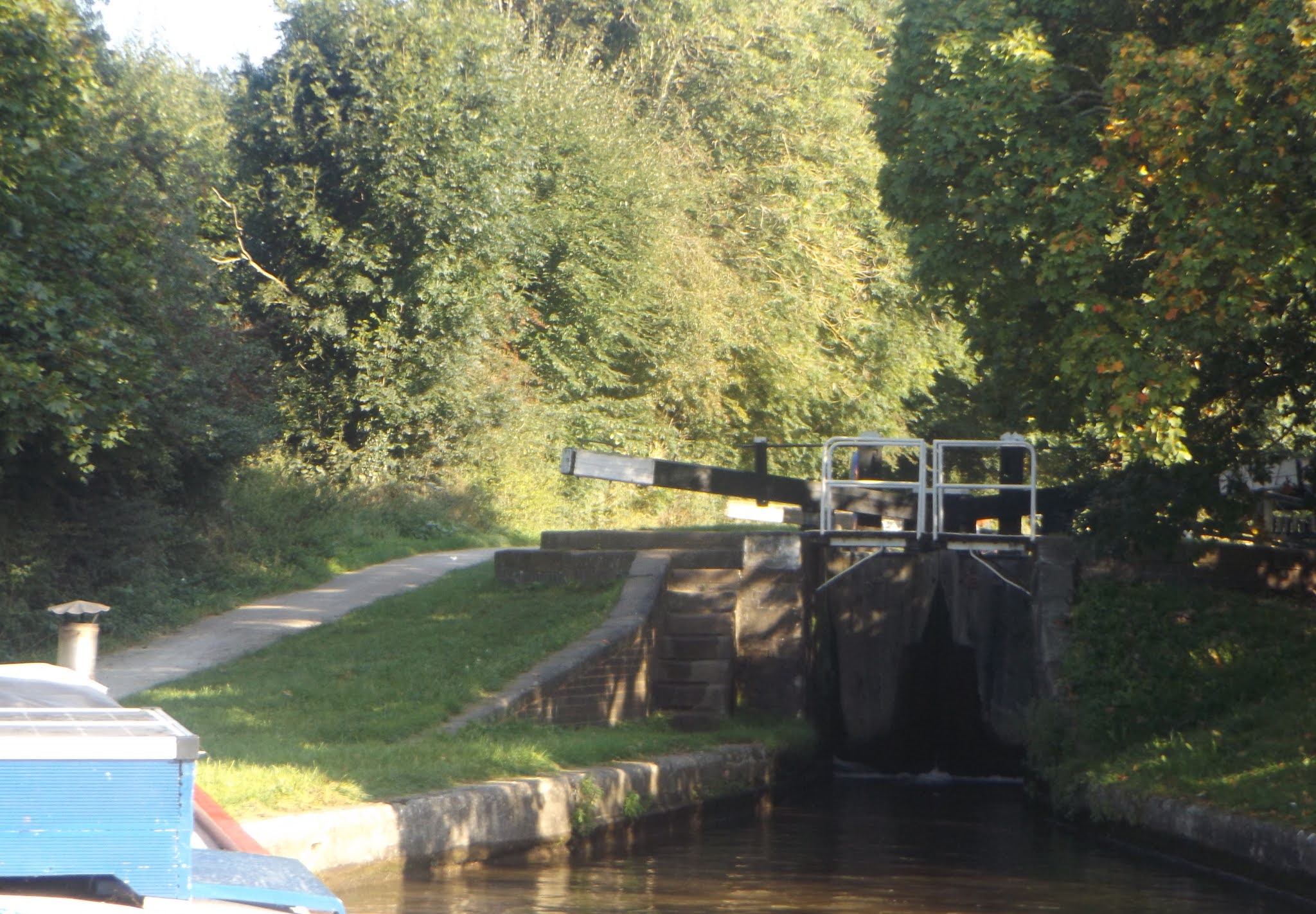 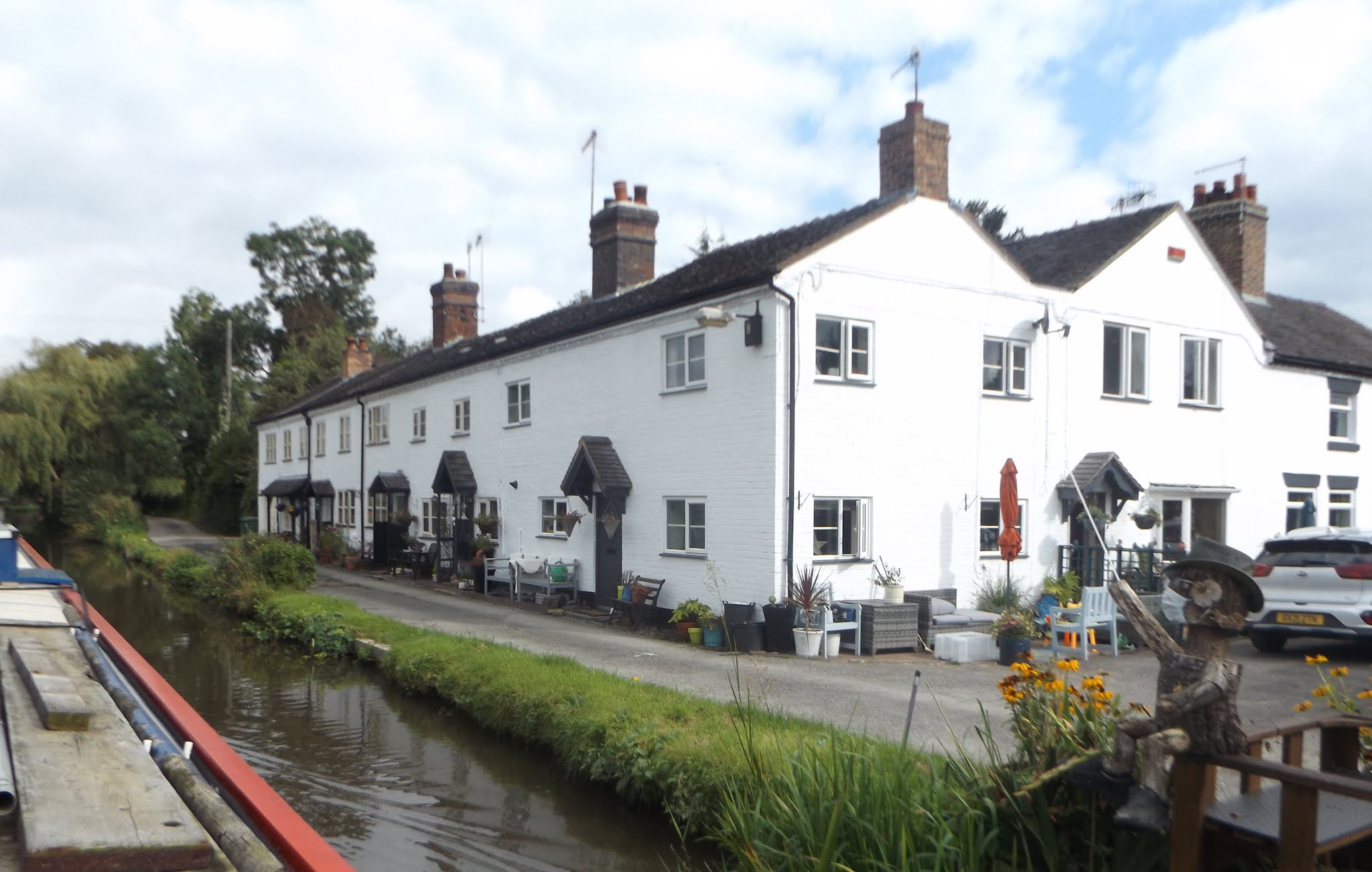 On Friday afternoon Dave and Lisa turned up on What a Lark and we had a pleasant couple of hours catching up. 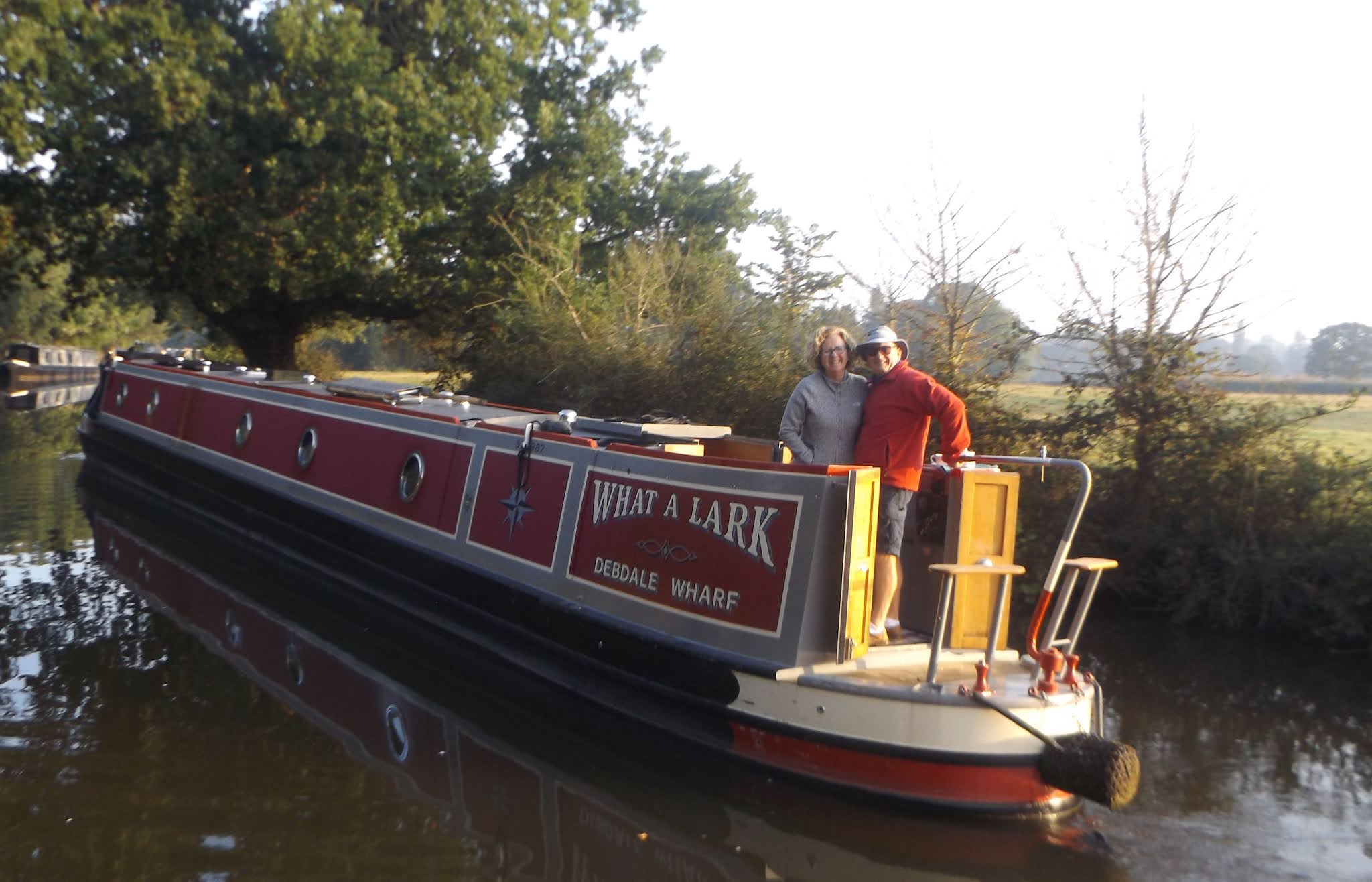 Saturday morning saw us moving off, nearly an hour later than D&L though. They’d got a booking through Harecastle Tunnel that afternoon, we weren’t intending to go that far till Monday. 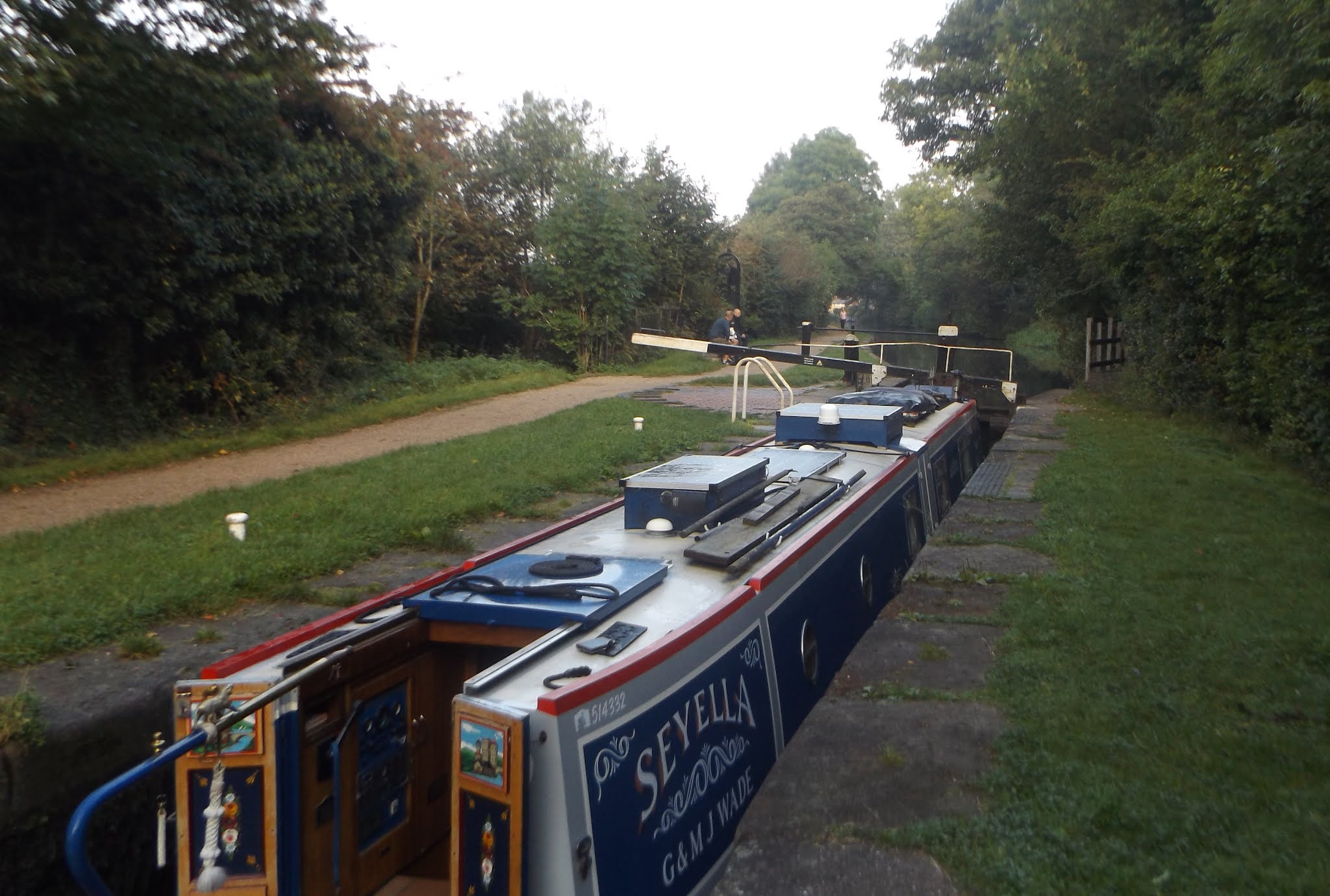 Above Trentham there’s about an hour and a quarter to cruise to Stoke Bottom Lock, passing from rural to urban where the large municipal incinerator looms over the canal. 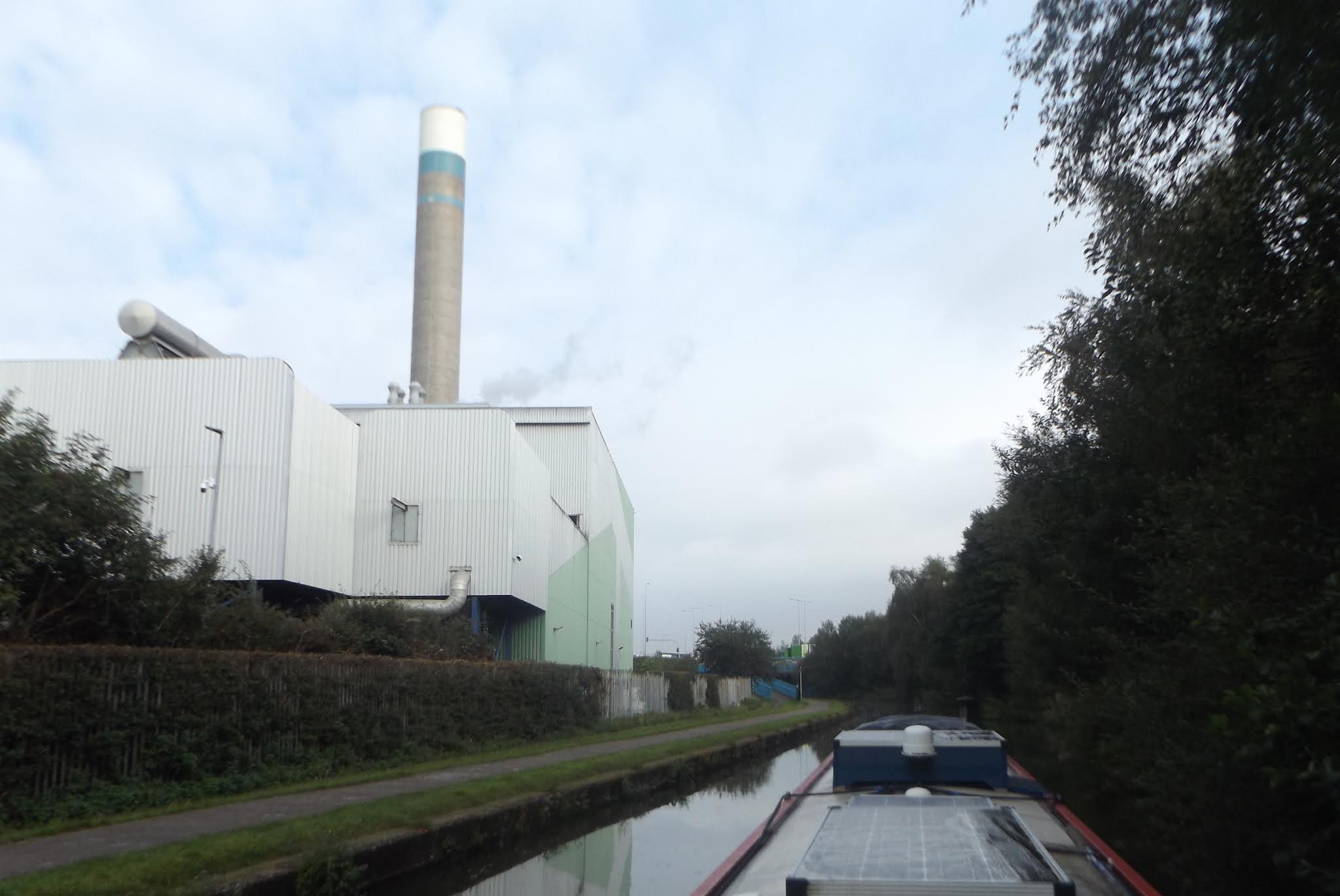 The canal crosses over a small, easily missed aqueduct carrying it over the Trent, a mere trickle compared to what it becomes further downstream, before arriving a Stoke Bottom Lock, a concrete monstrosity that replaced the old lock during construction of a new road junction. 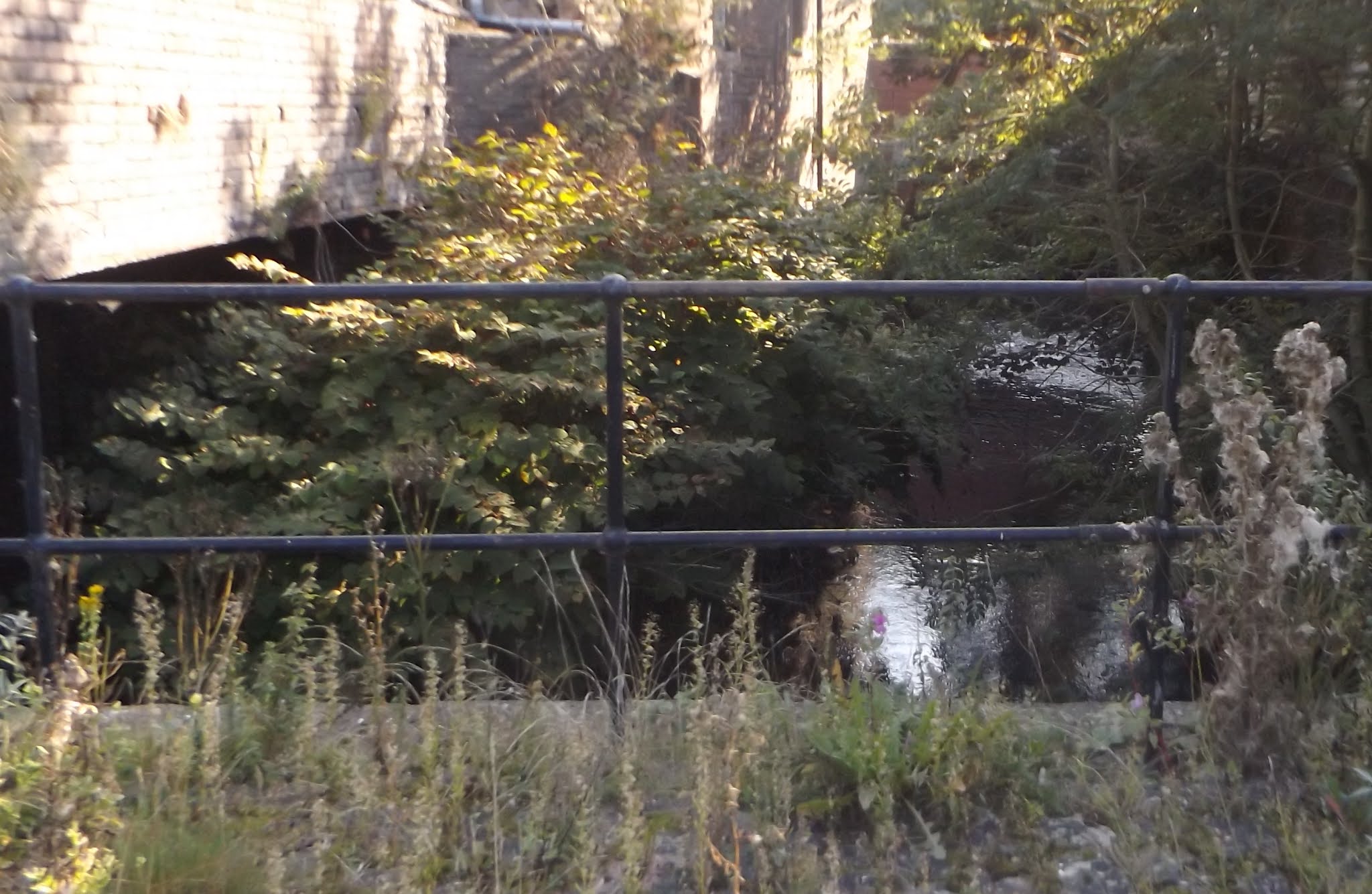 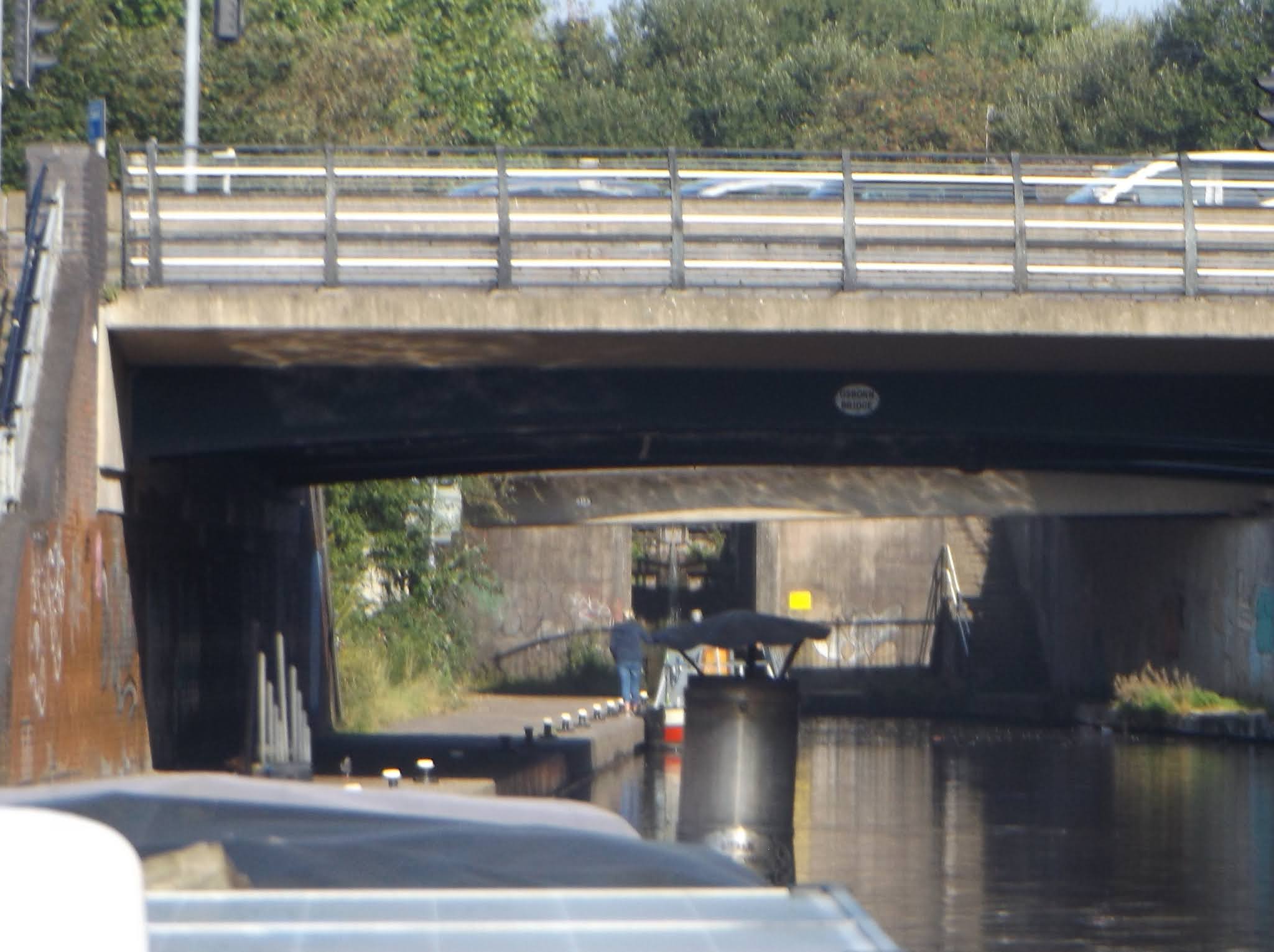 We’d arranged to meet Rob the Lock here to help us up to Etruria, so the passage up to the summit level was quick and easy. 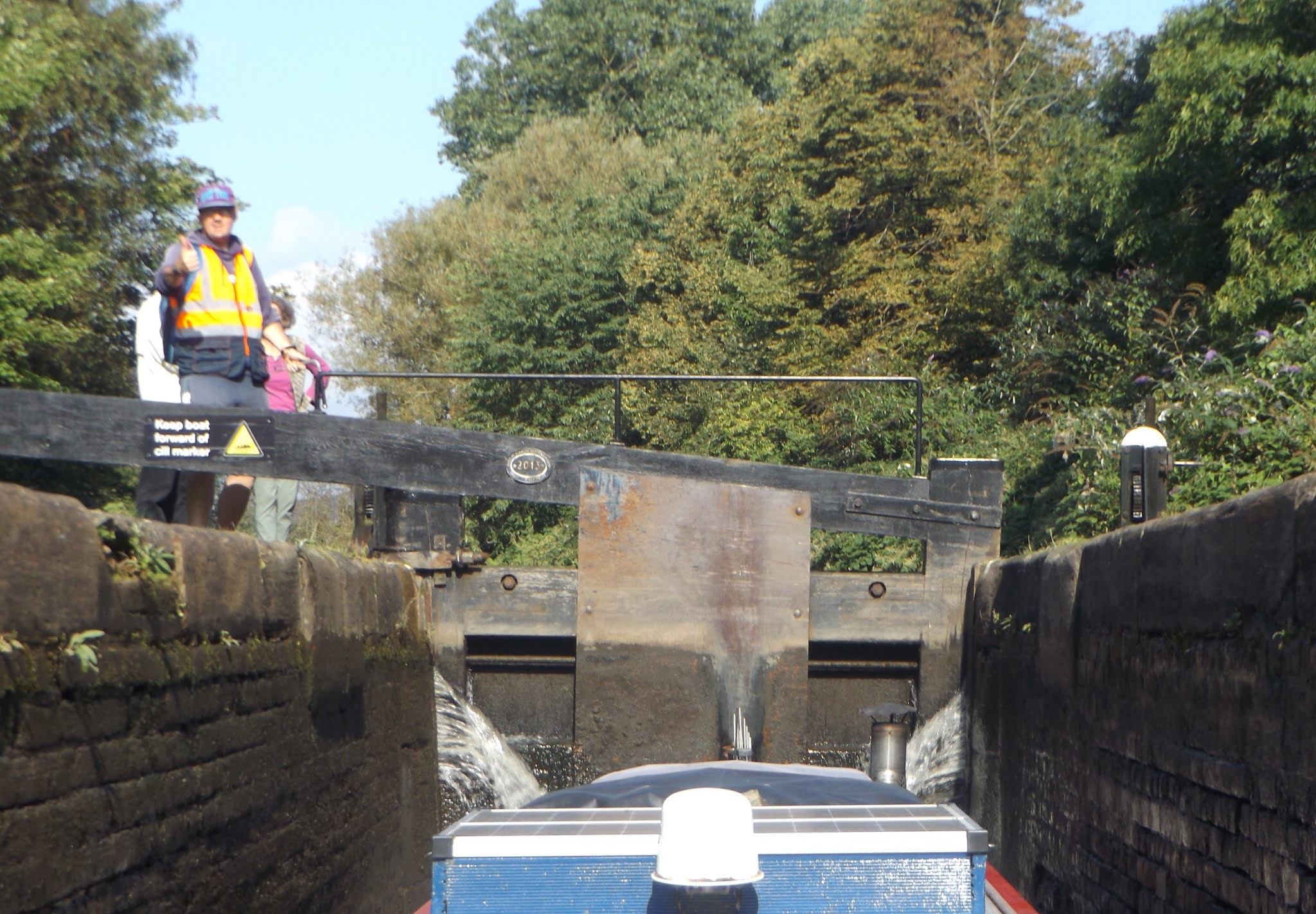 Johnson’s Lock, where we had a sad encounter a couple of years ago. 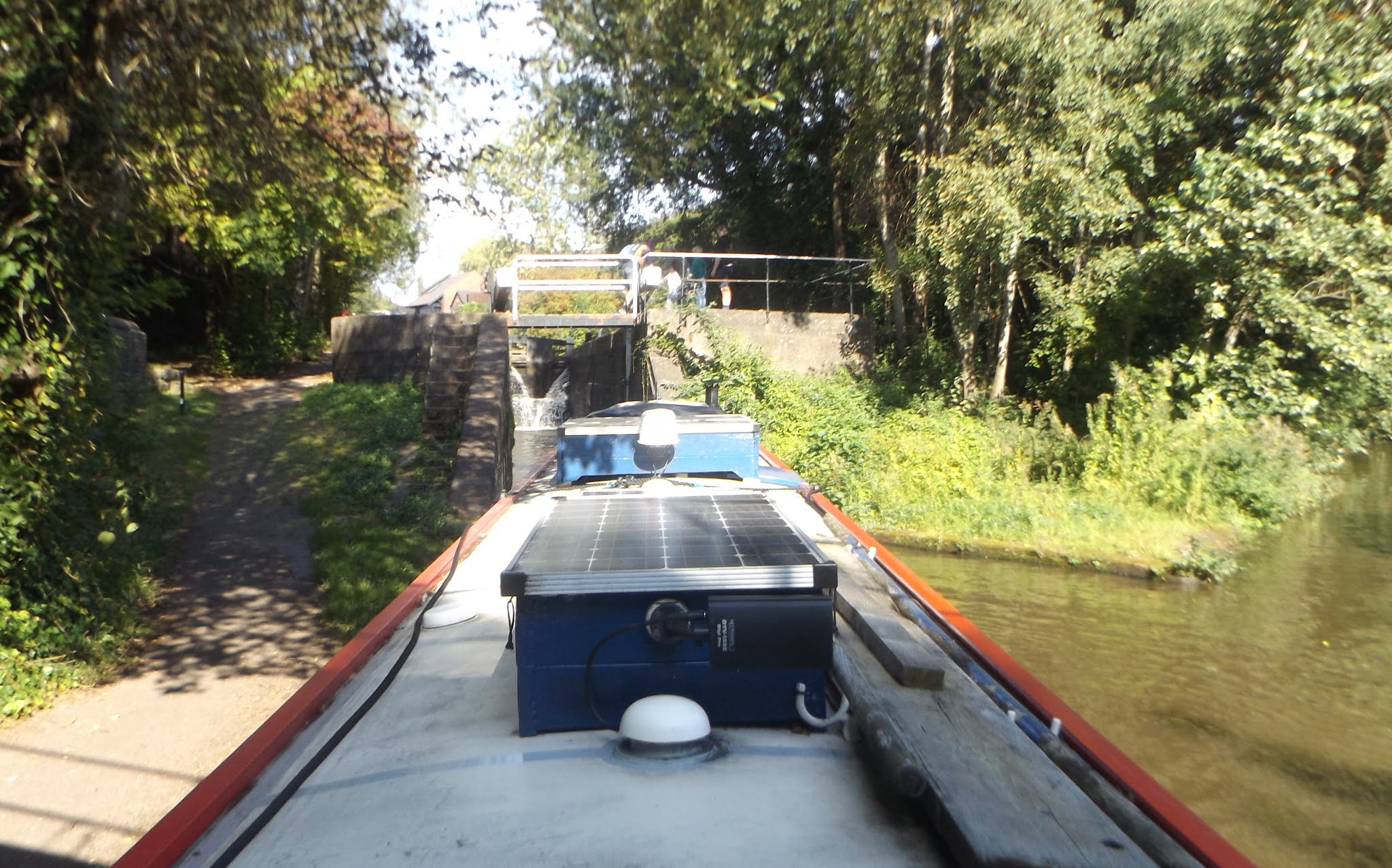 Out of the deep Etruria Lock we turned sharp right onto the Caldon Canal to make use of the services then had a bite to eat before turning around, back out onto the T&M and on to Westport Lake.

Mr Brindley, father of our canal system, looks out over Etruria Junction. He died during the construction of the Caldon Canal. 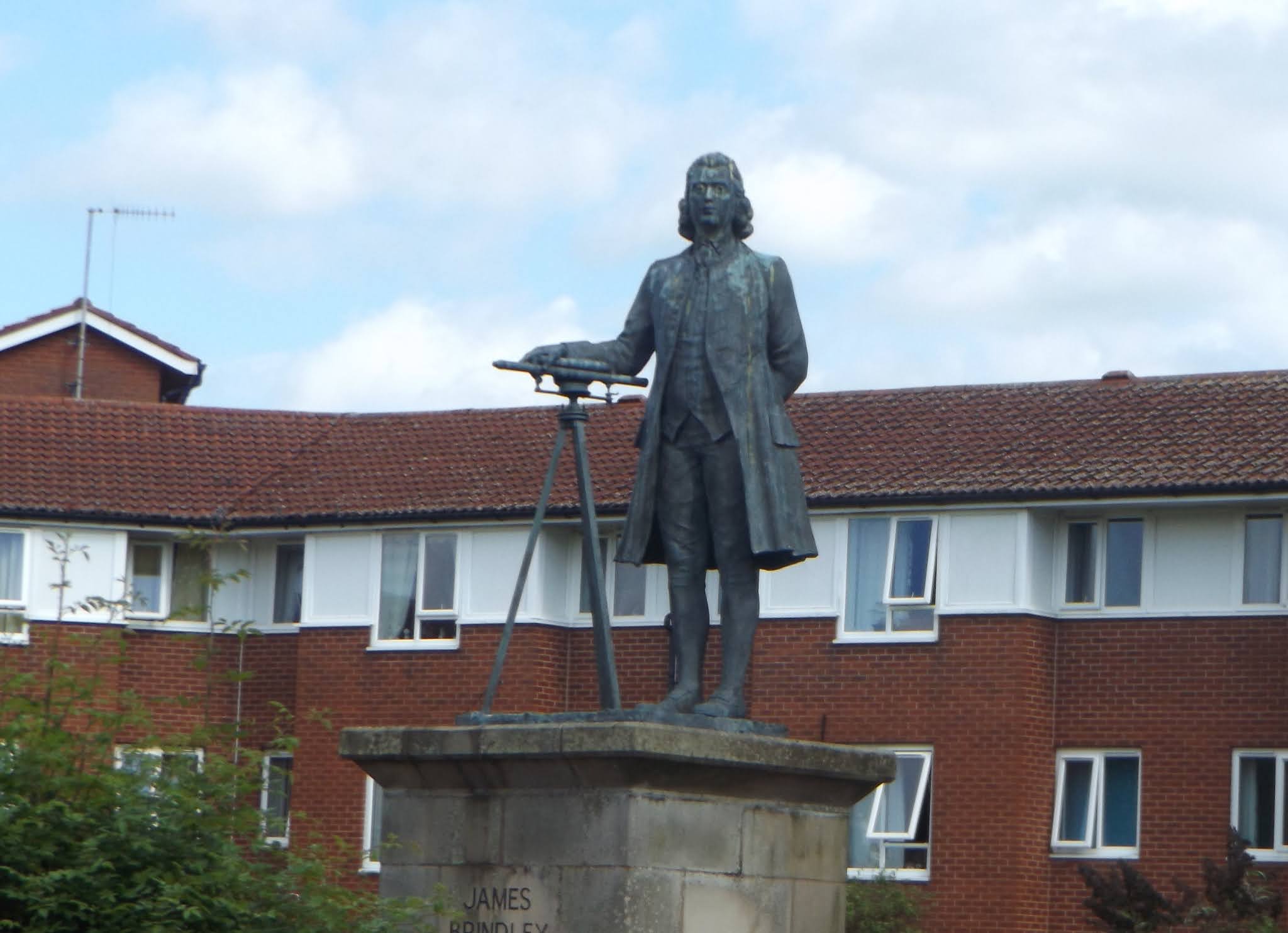 The coming of the canal through the Five Towns spawned a rash of potteries built along the new fast and reliable transport route. Most are now derelict or demolished, but some, like Middleport Potteries, are still going strong. 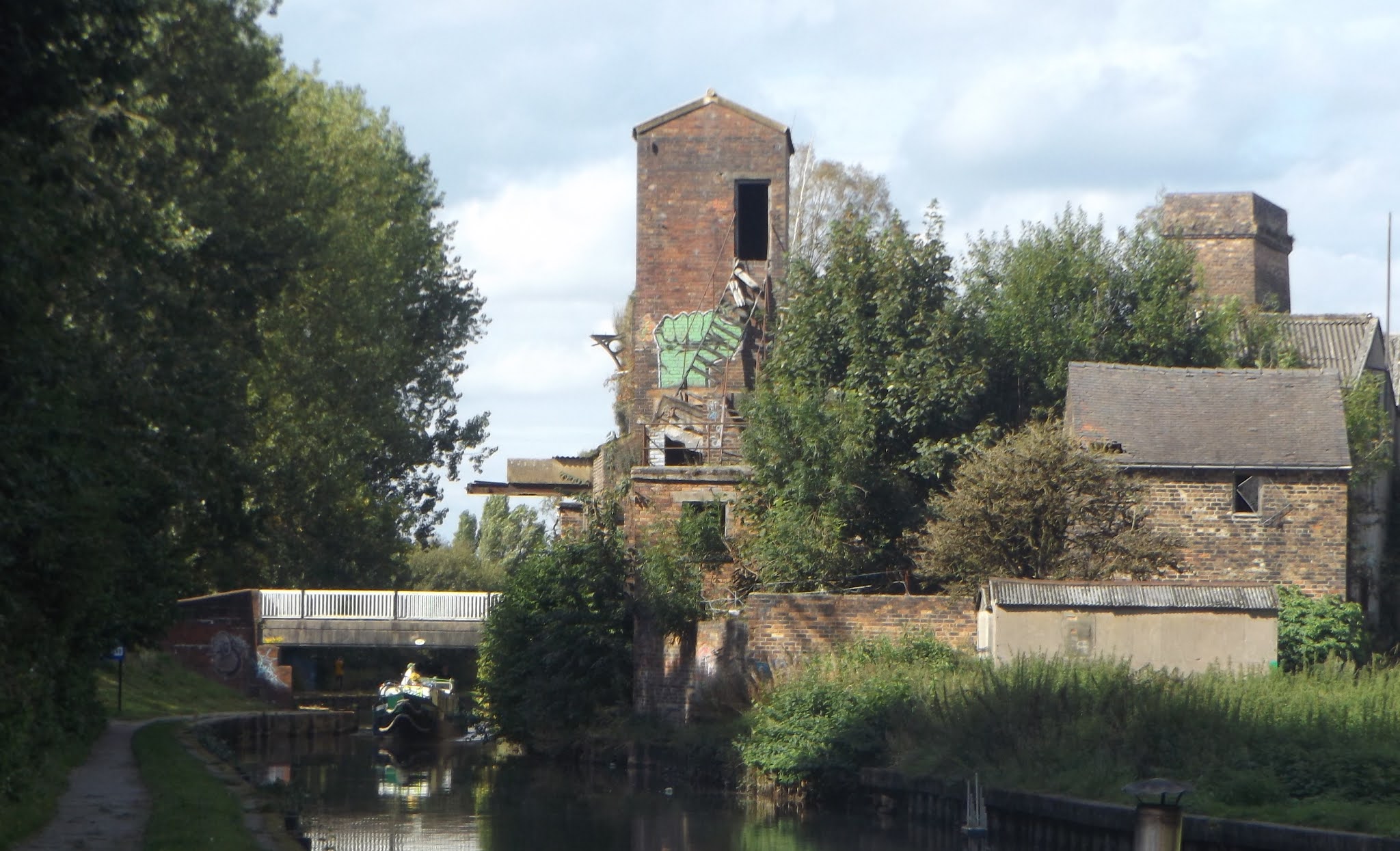 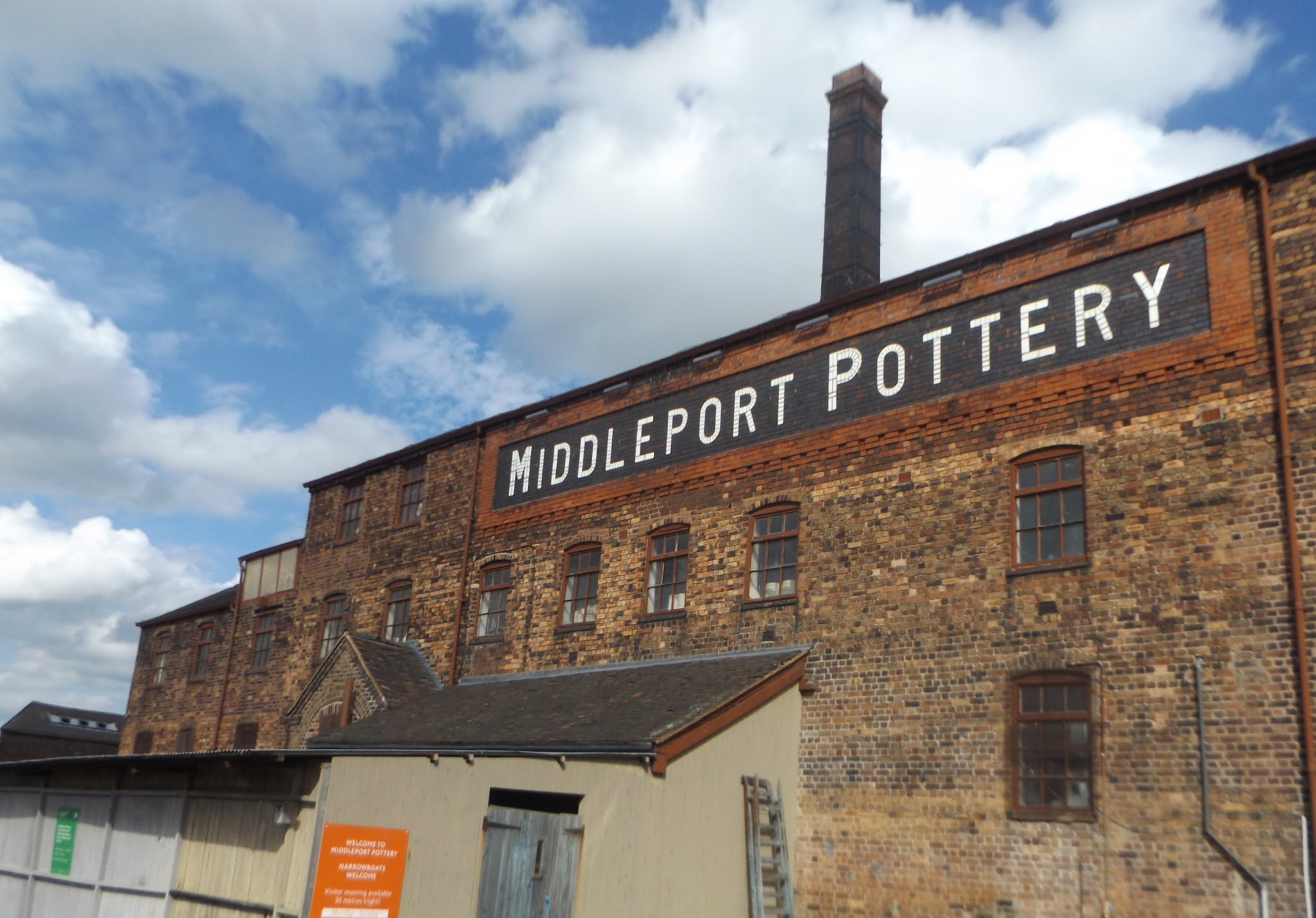 We spent Sunday moored up at Westport Lake, Amber enjoyed chasing the various waterbirds back into the water where they belong.  Then first thing Monday we were off to Harecastle Tunnel. Although we were early we weren’t the first, a hire boat passed just before we got off. 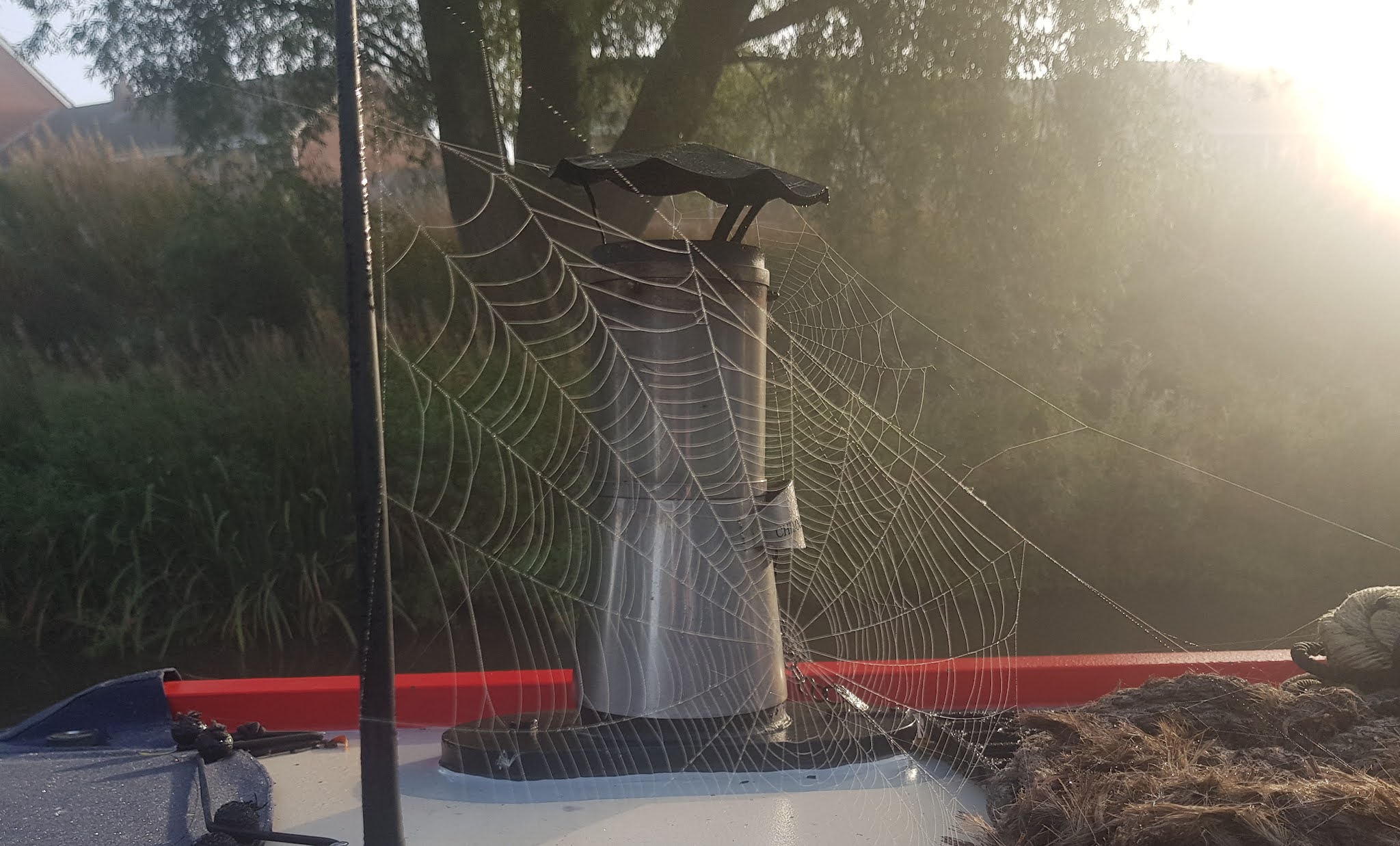 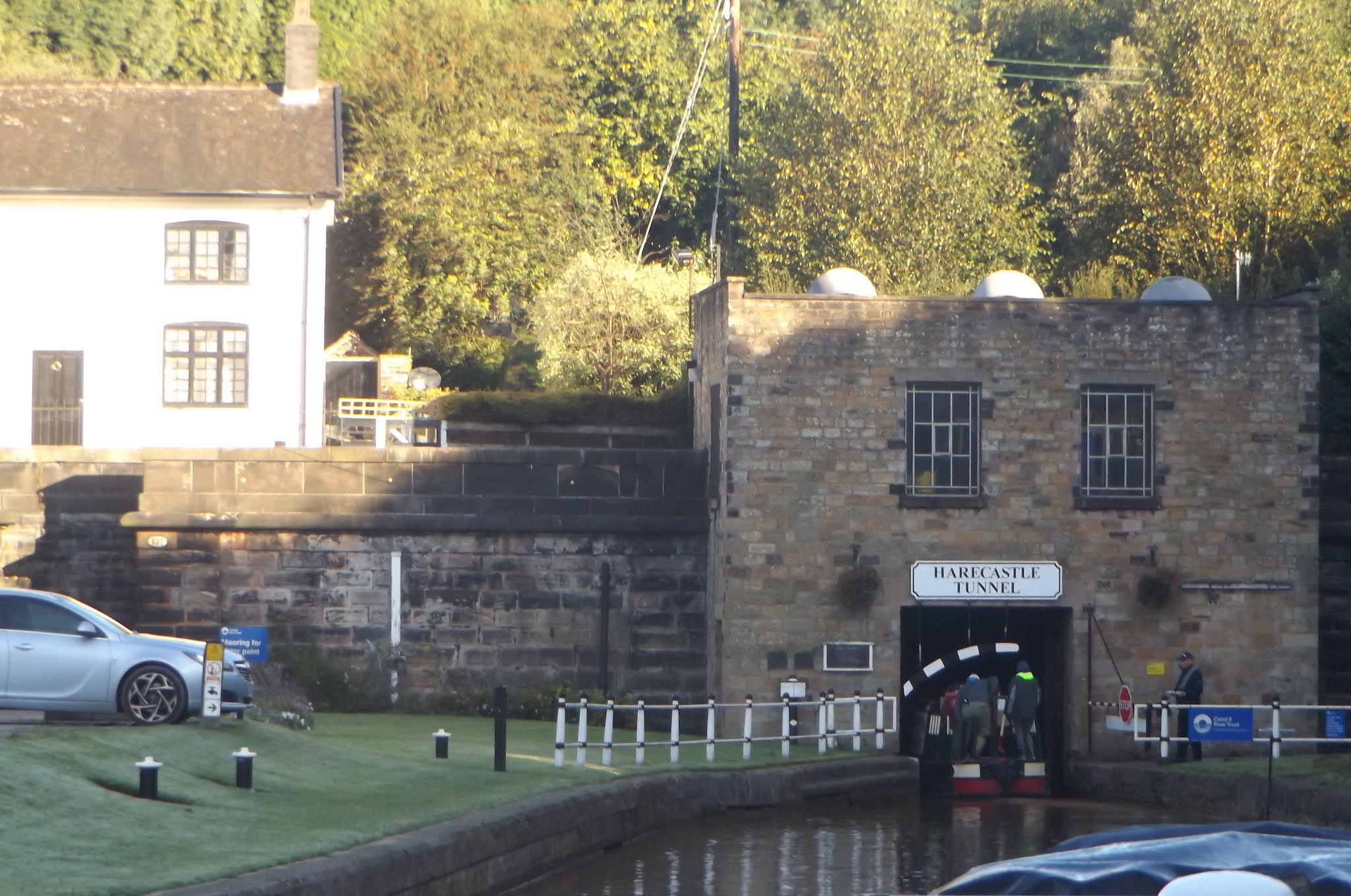 We didn’t have long to wait though, by a quarter to nine we were heading into the cold, dark tunnel under the hill.

The hire crew ahead were a bit tentative, we barely got out of tick-over but it did at least give me a chance to take some photos. 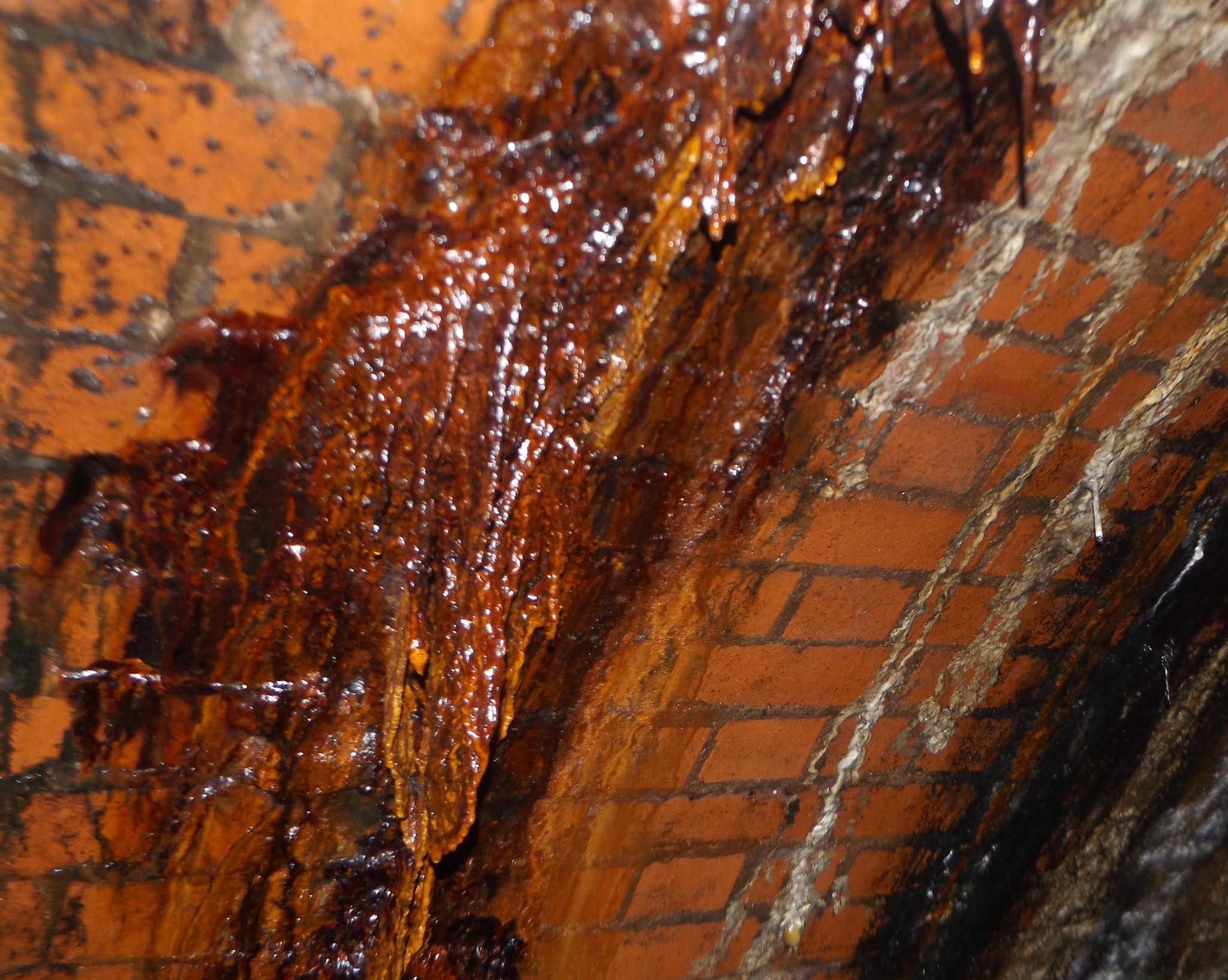 …and pale delicate straws where the seepage is slower. 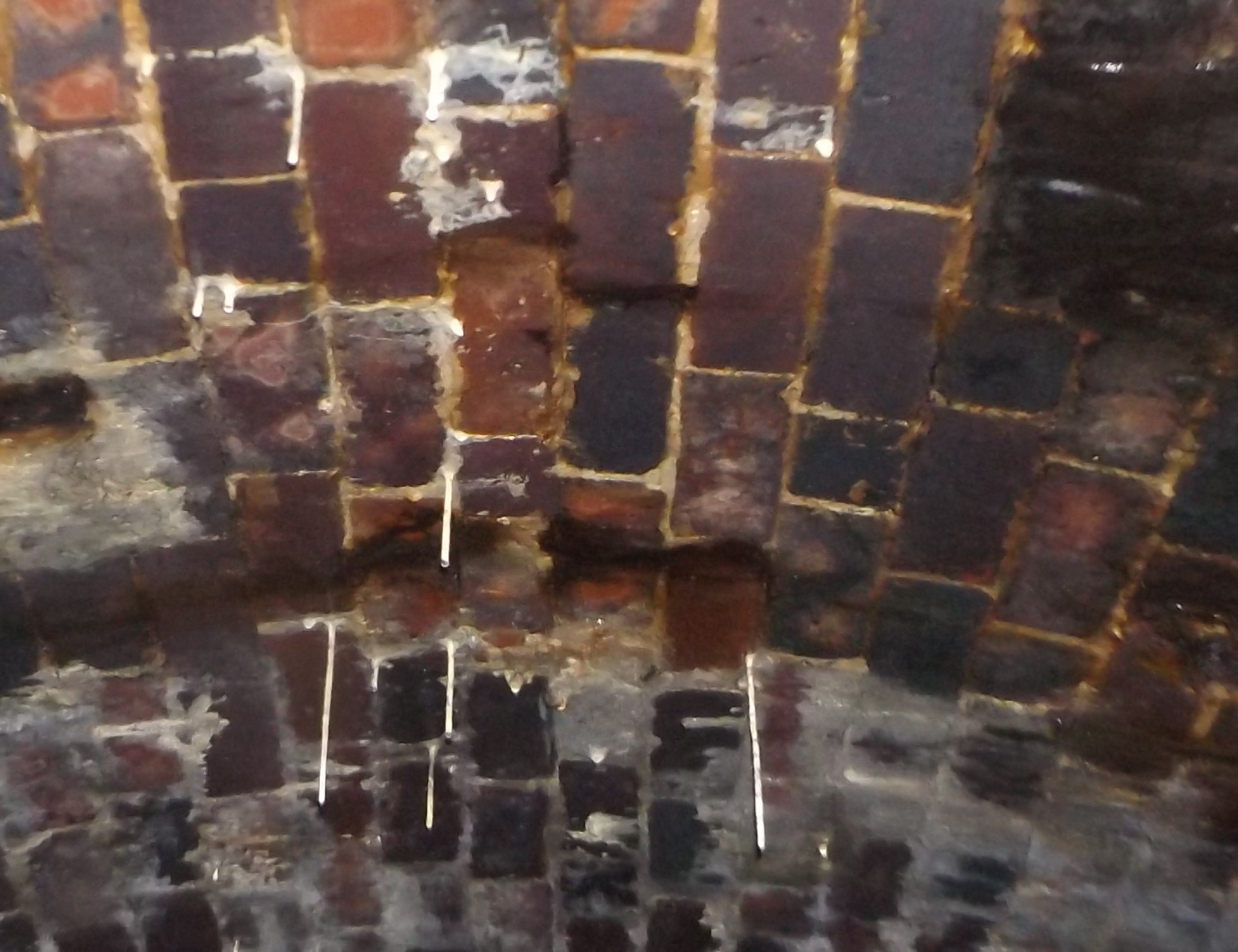 Out at the northern end after 50 minutes underground 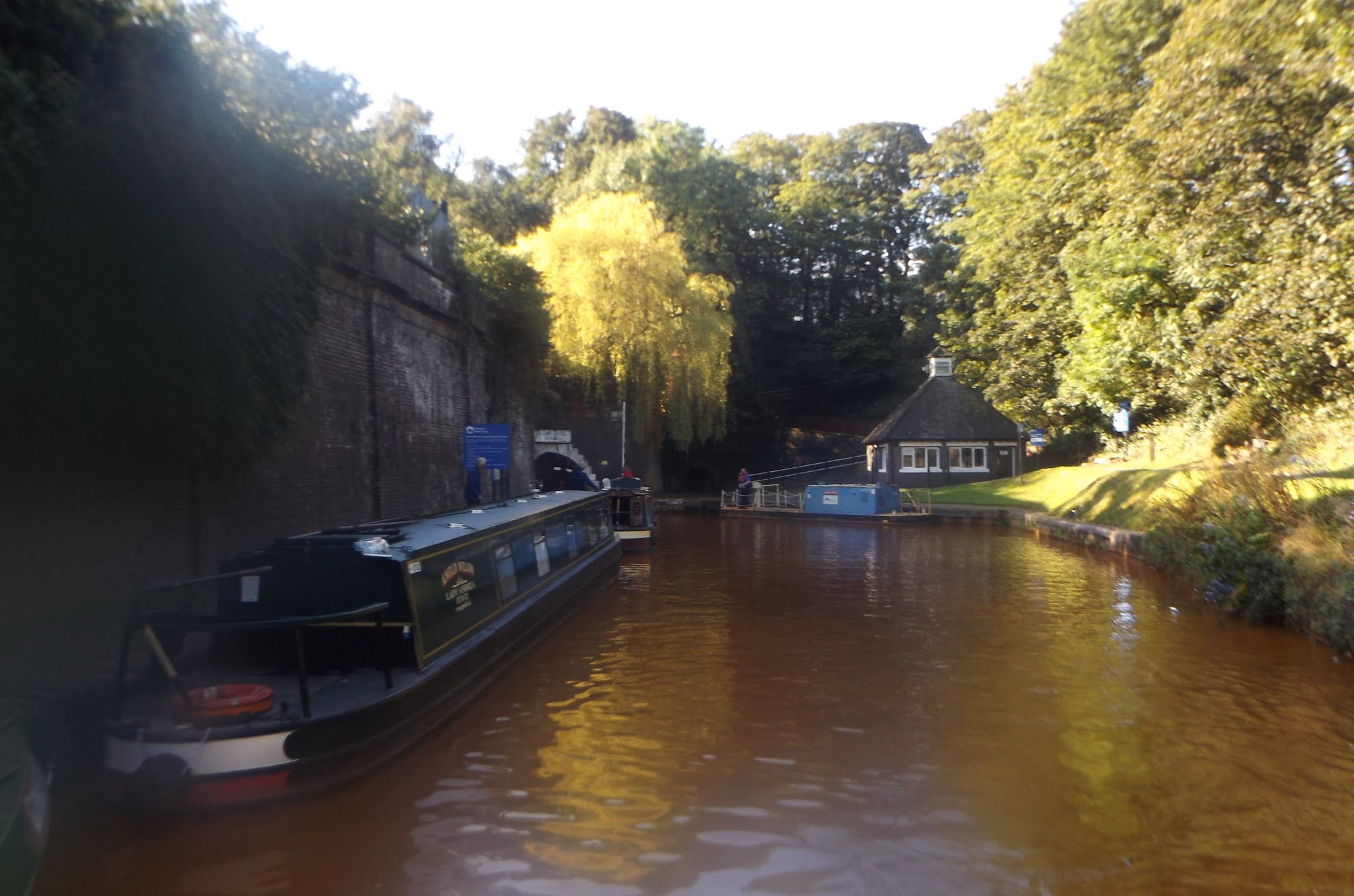 Heading downhill now, and we descended through the next 6 locks (with a brief stop for shopping) to moor at Church Lawton.

Plants Lock, No.41, the first on this side of the summit 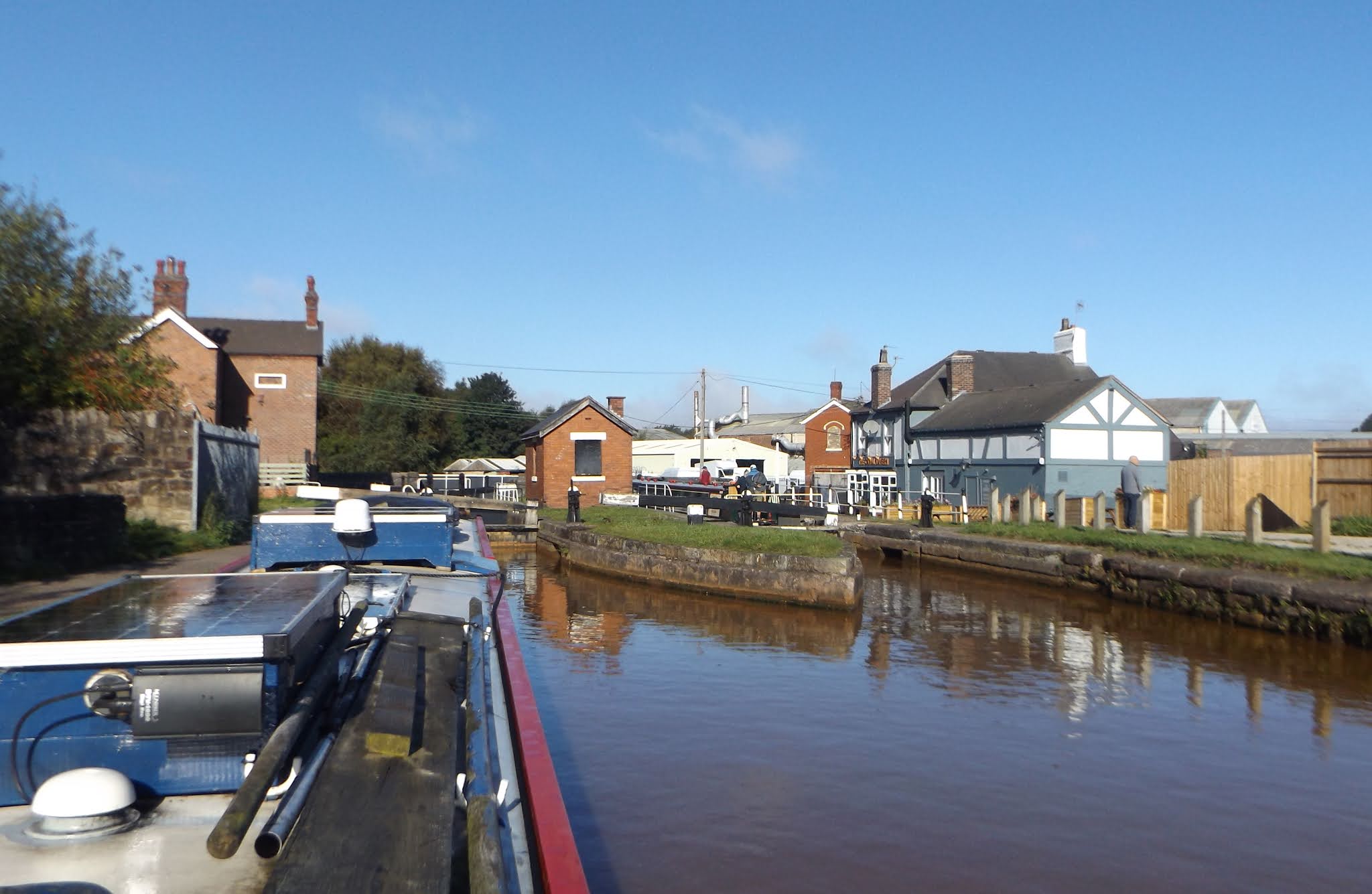 Out of Townfield Lock, our last for the day. 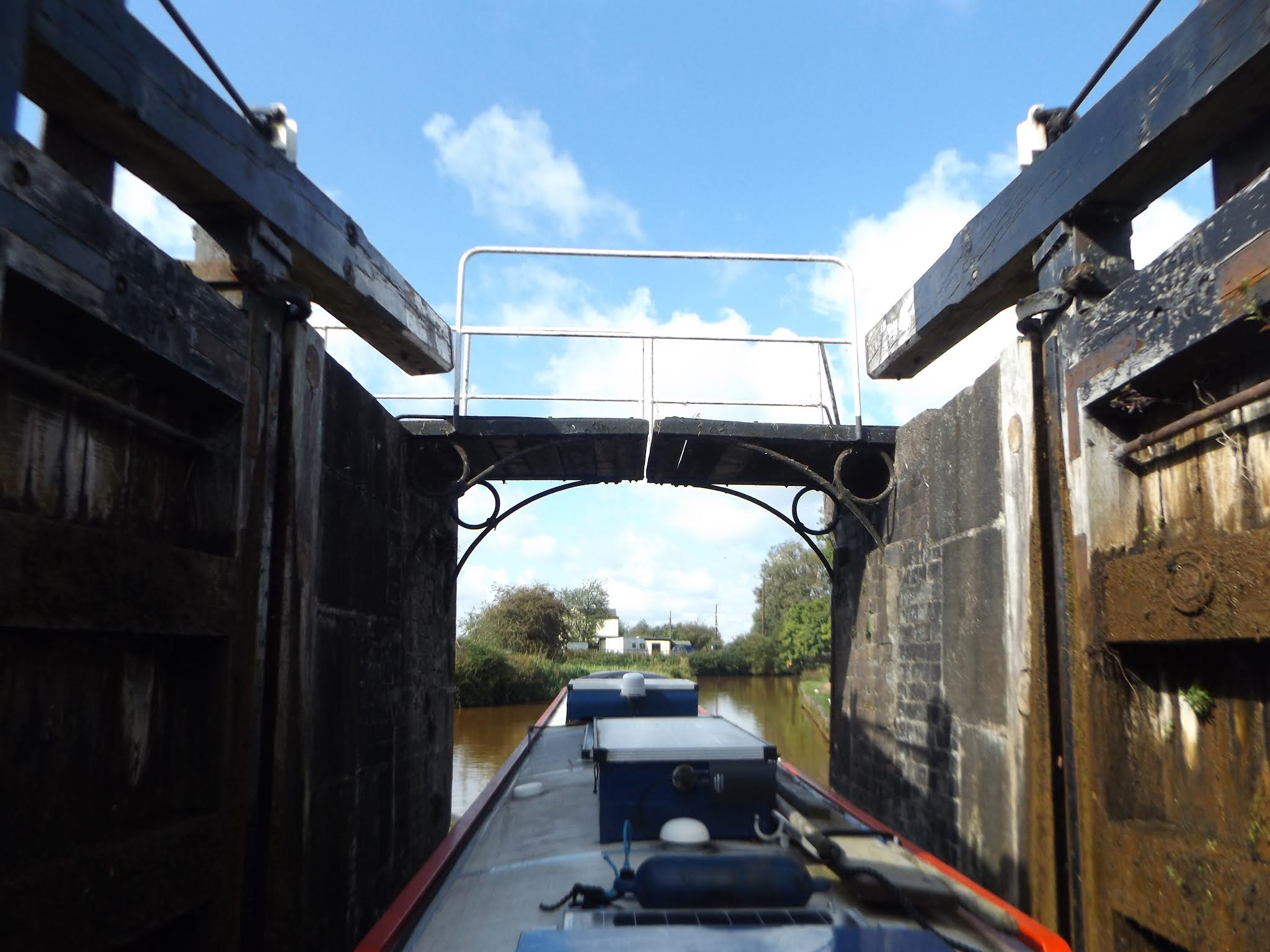 The slot through the deck of the tail-bridge was for the towrope from the horse. It saved having to unhook the tow.

Yesterday we continued the descent to the Cheshire Plain but we didn’t go very far. There were a few boats about and I let a couple of hirers past rather than hold them up. They are on a schedule, we’re not! We only went as far as Rode Heath, tying up before lunch. 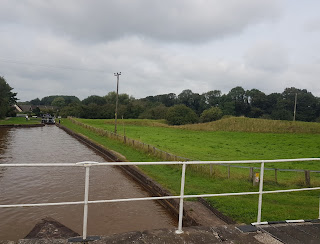 So we’re up to today, and we made an early start again, meeting Tony and Jackie on Timewarp just coming out of Thurlwood Lock. 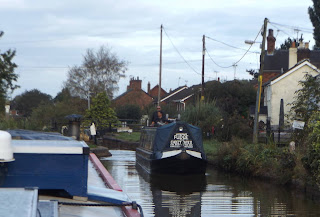 This set the scene for today, each lock we came to was either full or filling with a boat coming up. A good road, as the old boatmen would have said.

Some people don’t like the Cheshire Locks, but I really enjoy working up or down the flight. Easy locks, nicely spaced, through beautiful Cheshire countryside. What’s not to like! 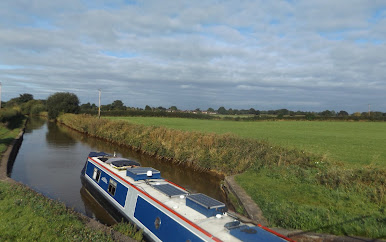 We went a bit further today, 8 locks done, but still tied up before noon next to the golf course at Malkins Bank. Water levels o the canal are low, the feeders are drying up after such a dry spring and summer. The worst pound was above Hassel Green, where the moored boats were high and dry and we were dragging the bottom in the middle of the channel. 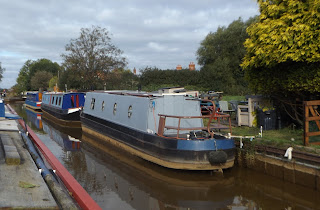 It’s not going to get any better for a while. In fact I’d be surprised if some restrictions aren’t introduced sometime soon.

Down the last of the Cheshire Locks tomorrow, water and rubbish at Wheelock, then on towards Middlewich.

Glad all seems well! I have lost touch with Rob the Lock-how is he doing?
cheers

Hi Richard, yes all well thanks. Rob is still busy, on fine form!