All the Cheshire Locks done…

On Thursday and Friday we dropped down the locks to Middlewich. Our good fortune lasted through the first day but deserted us on Friday, all the locks with us on Thursday, all against us with queues on Friday. That’s the way it goes, I guess. 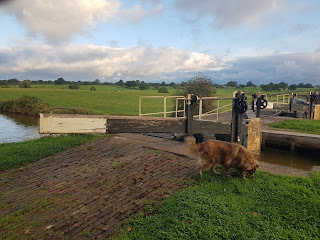 Past the golf course at Cardboard Lock, named for the box factory that used to sit on the offside. 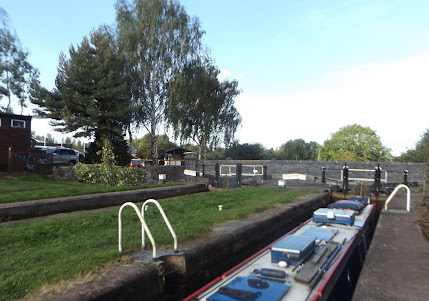 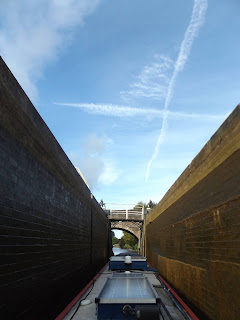 Lock 65, Wheelock Top, with a boat leaving the offside ready for me. 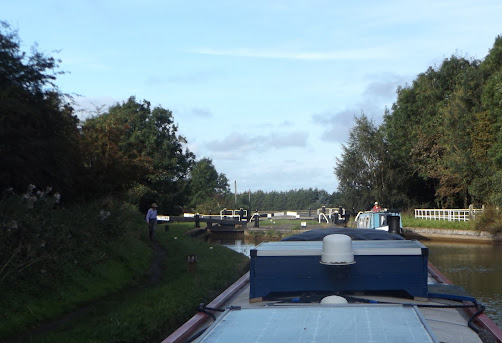 I lost a half an hour at the bottom lock, a boater coming up had had his spaniel abscond so I tied up below the lock and helped him look for her. Of course, she turned up on her own…

We pulled in on the services for water etc., then stopped again for me to visit the animal feed store for Amber, before pushing on out of Wheelock and moored for the night near Paddy’s Wood.

Friday morning we had a slow start and we’d had several boats pass before we got going. The banks along this section have been built up in successive layers as the ground slowly subsided due to brine extraction. 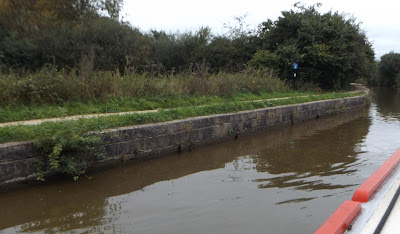 Salt was big business around here…

Arriving at Lock 67, Booth Lane Top or Crow’s Nest, I wasn’t surprised to see a queue of two boats waiting and a third in the lock. 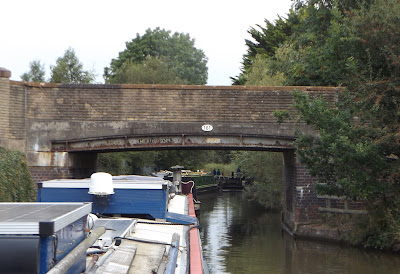 It took a while to get in the lock ourselves, then the pounds between the locks were all low along Booth Lane. 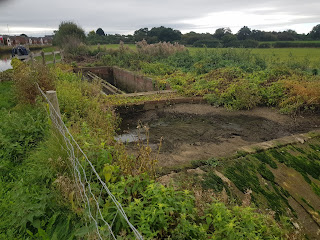 The levels were a little better below Rumps Lock, but still a couple of inches down, making it frustrating trying to get in to moor. Got there in the end though. Fish and chips from Kings Lock chippy for tea. Still good.

Yesterday we left the Trent and Mersey, dropping down Kings Lock, then turning sharp left and up Wardle Lock. 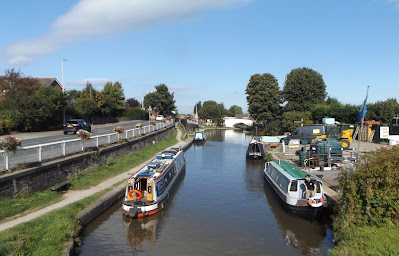 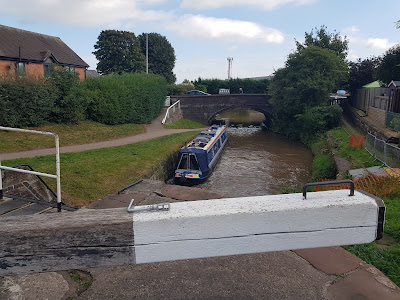 When the Middlewich Branch, running from here to Barbridge Junction on the Shroppie, was first proposed, the Trent and Mersey Canal Company insisted on keeping control of the junction at this end, so constructed this short cut, complete with lock and keeper’s cottage, themselves.

The Wardle Canal is the shortest in the UK at just 154 feet long.

Rather than moor amongst the houses we toddled on to moor at the breach site just outside the town. Unfortunately all the rings were occupied so we’ve had to rely on pins hammered into the unyielding towpath edge. It’s only for the one night though. We’ve a package coming to the Post Office today and then we’ll move on a little.

You may wonder why we’ve turned onto the Middlewich Branch when we were intending to go up to Leigh. We’re now on Plan B. There was no space available at Pennington Wharf, so our fall-back position is Tattenhall Marina, up towards Chester on the old Chester Canal. A little nearer to cruise to, a little further to drive from up to Windermere a week on Saturday for Mags’ great-grand-daughter’s wedding.  It’ll be reet, as they say in Yorkshire.