We’ve had another day of sunny spells and blustery wind bringing showers over, more of the former and less of the latter, luckily. In fact I almost stayed dry, just caught a heavy shower as we tied up.

Just after half nine we were ready to go, so pulled pins and set off, passing Fradley Wood full of cheeps and squawks. 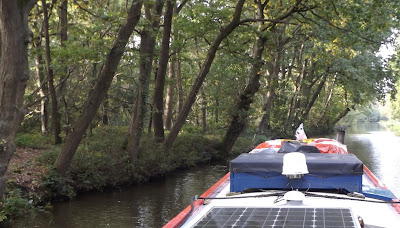 Just around the corner we had Woodend Lock to deal with, probably a prime contender for the prettiest lock competition, if there were such a thing. 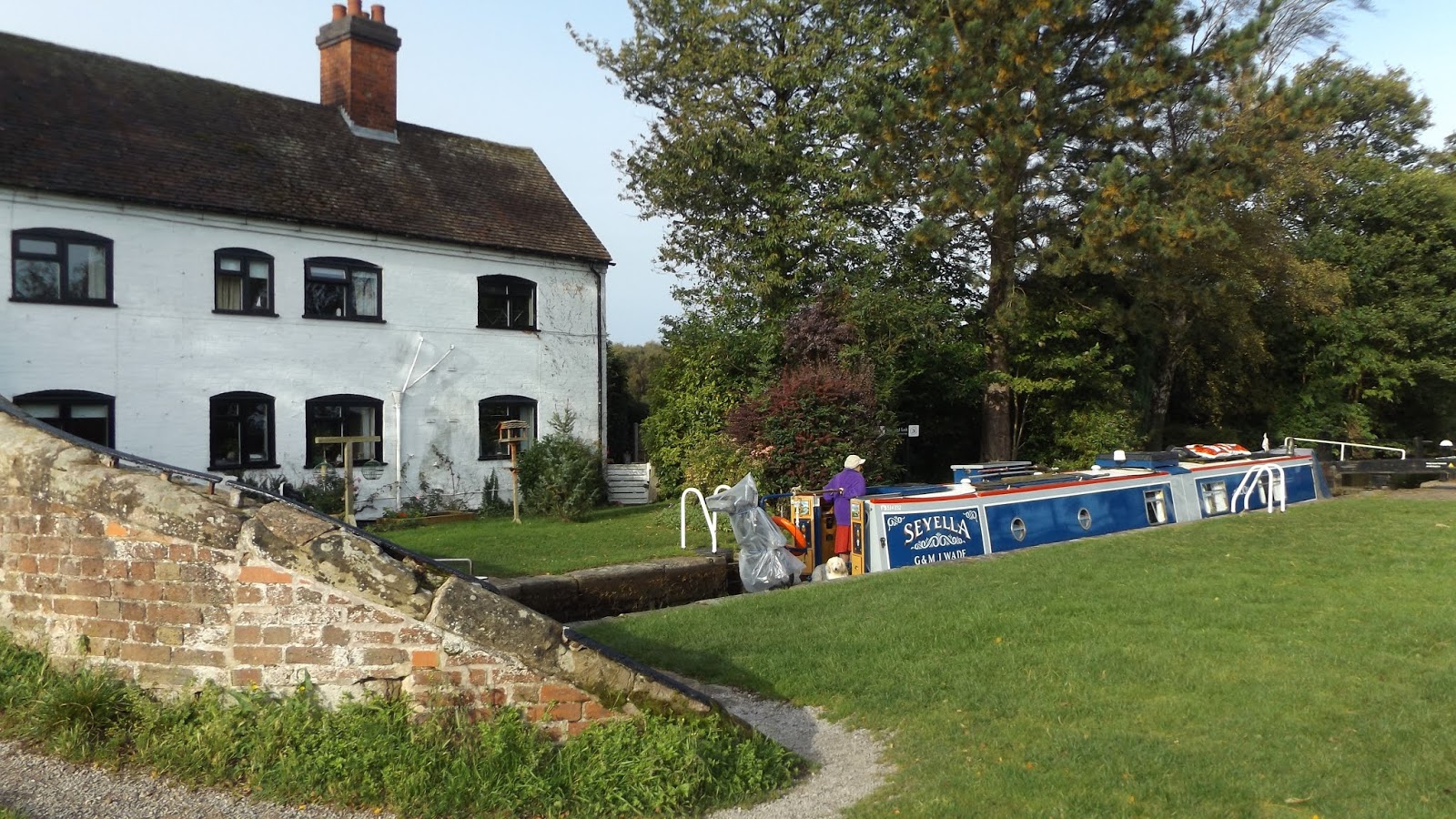 When we came through last it took ages to fill with the paddle culverts bunged up with weed, but today we whistled through, only three or four minutes to fill the chamber.

Another wooded section follows, this time Ravenshaw Wood, and the squirrels were very much in evidence. 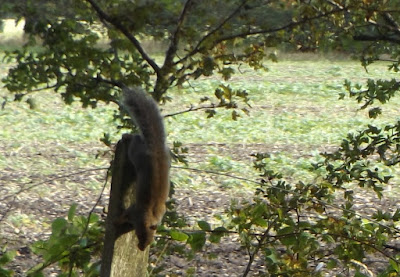 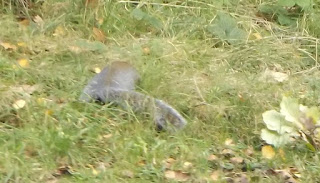 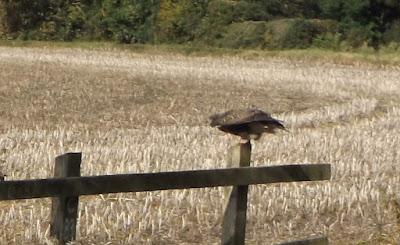 …but he was less keen to be up close and personal with us! 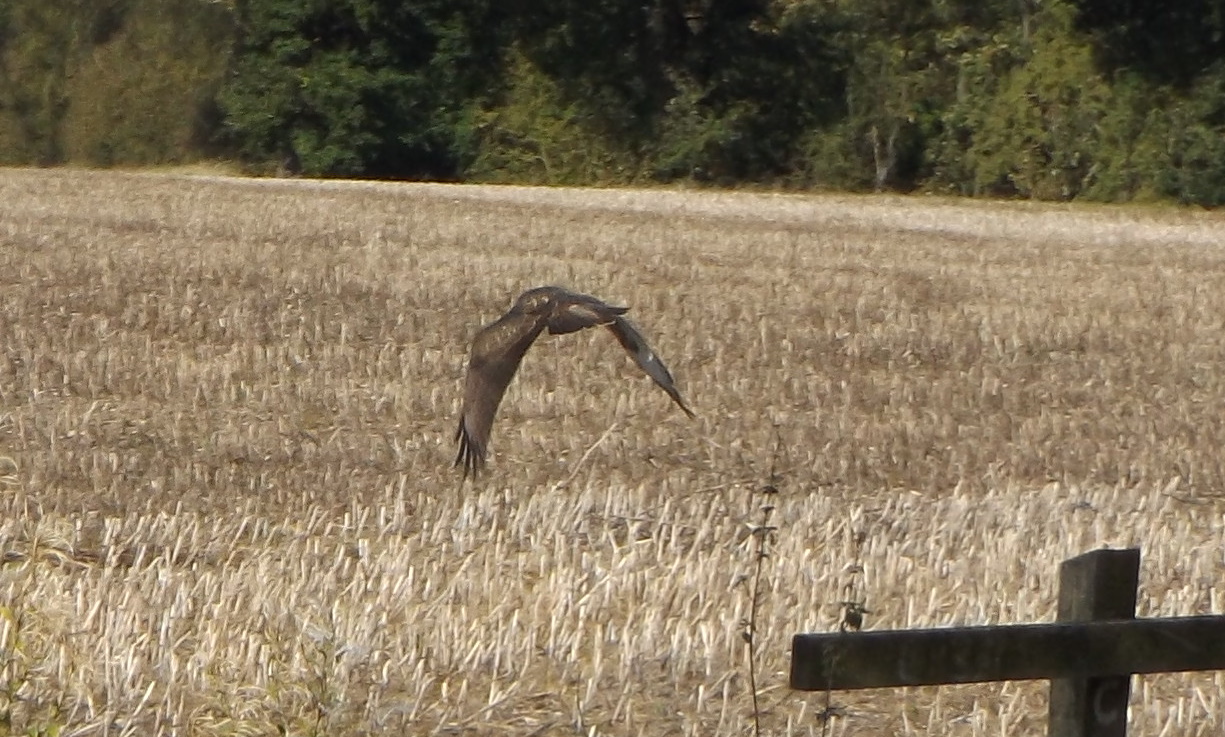 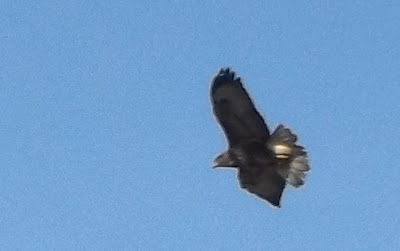 Bridge 57 effectively ends the rural idyll we’ve enjoyed so far this morning, although for a start the canal is pleasantly bosky. 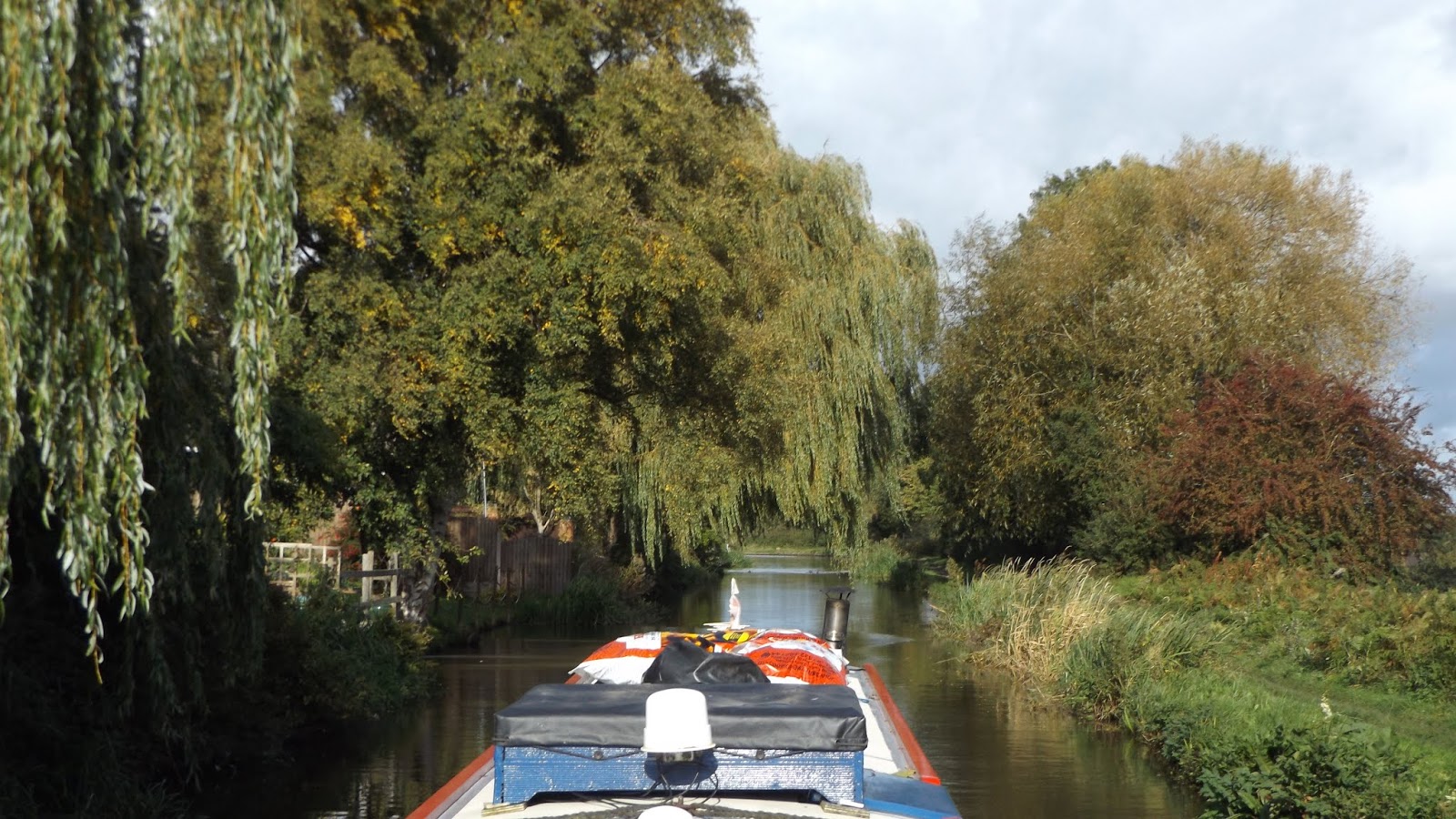 Through Handsacre and Armitage there are three narrow sections which are awkward if there is oncoming traffic, but we managed the first two without meeting anything. 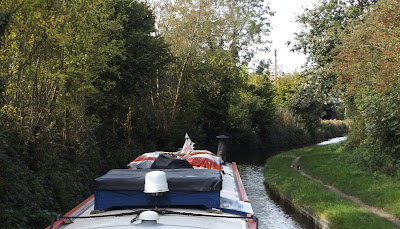 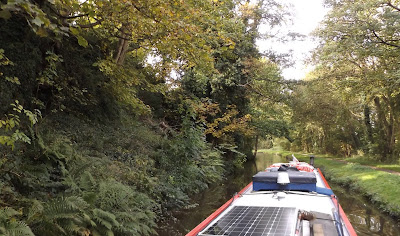 The next narrows is the one-way section that used to be a tunnel but was opened out in the 1960s. It’s advisable to check ahead here to make sure that nothing is coming, as it bends at the eastern end.
As we approached a woman on the bank waved us down, explaining that a boat was coming the other way. So we dawdled about in the channel to wait. Her boat came out… 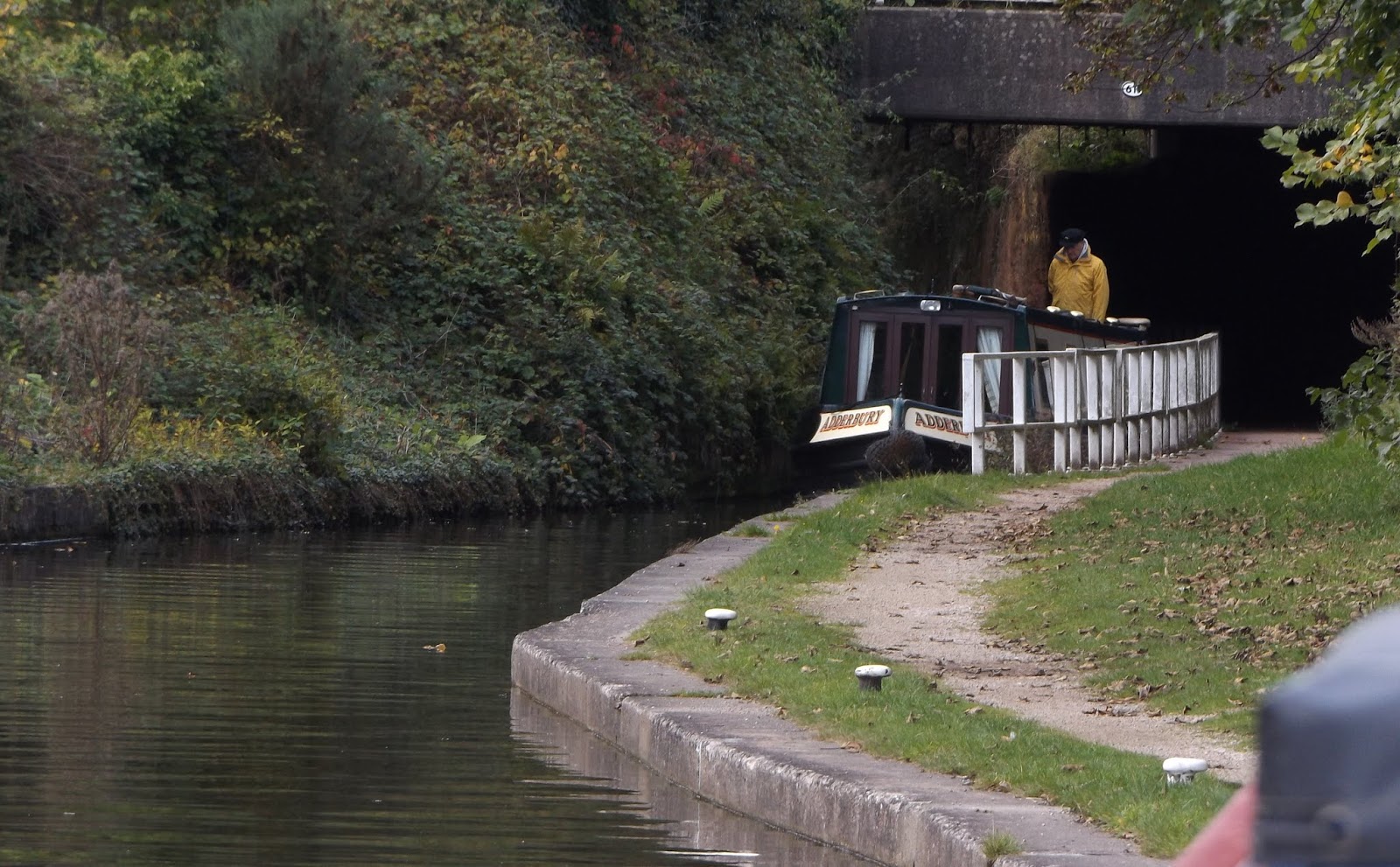 …then another, and another! We’d only seen two other boats all morning, and here we were meeting three on the trot!

After about 10 minutes we were able to rattle our way through and into Rugeley. 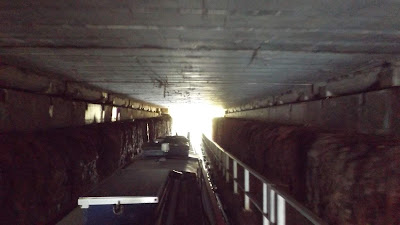 The by-pass bridge pretty well makes it into a tunnel again.

Shaggy Ink-caps (I think) near Bridge 65 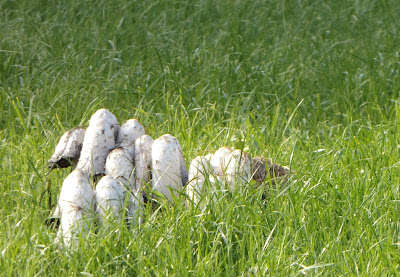 A half-hour stop for a quick trip to Tesco’s and a bite to eat and we were on the move again, out of town along Brindley Bank. The sharp right turn near to the Bloody Steps took us over the fast flowing Trent and to the moorings on the offside just beyond. Tonight’s stop. 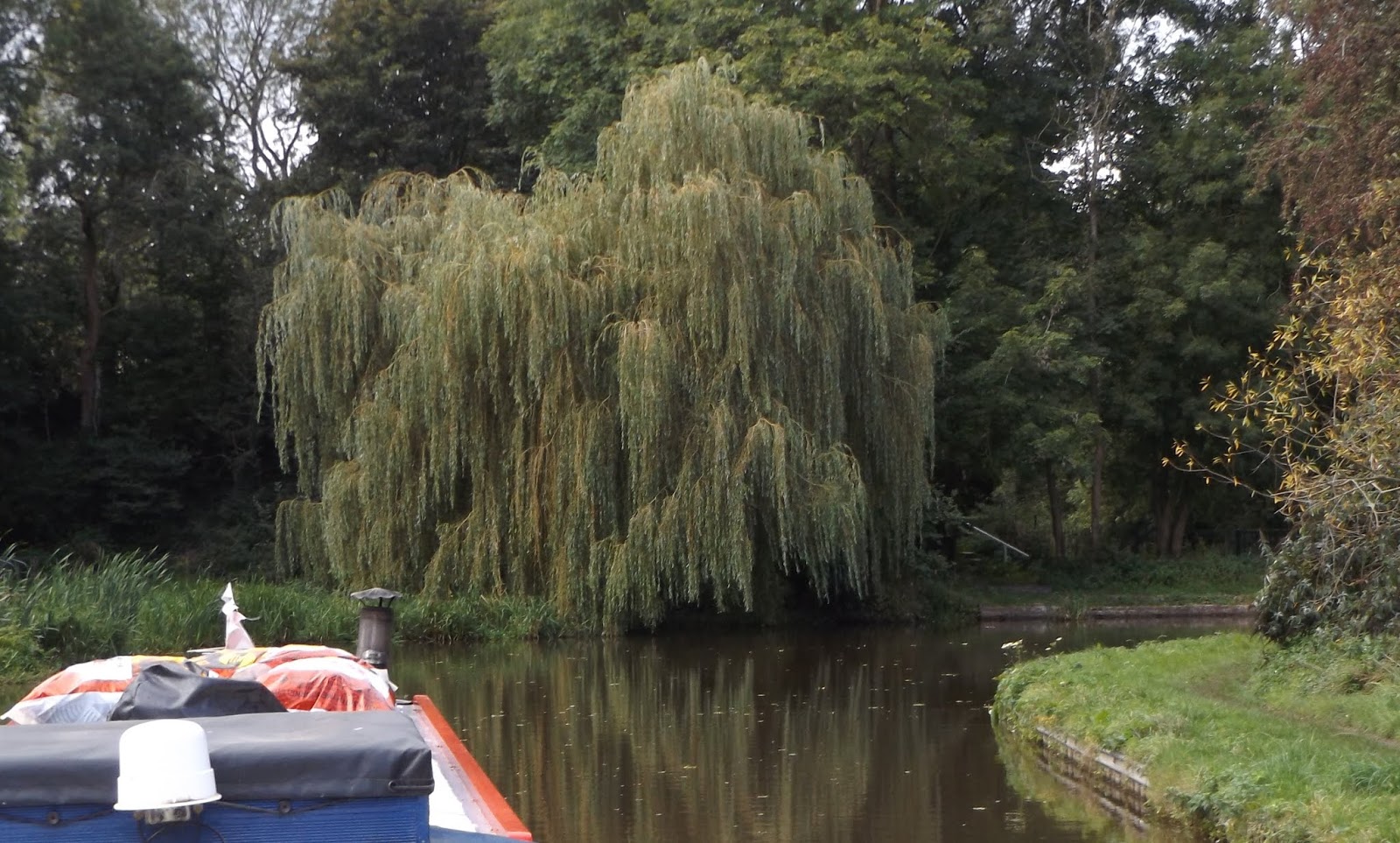 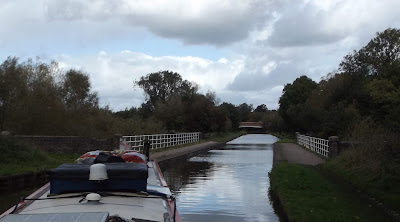 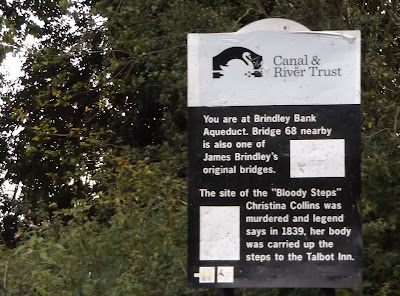