Off we go again!

We’ve had a lazy few days, with the Trent up there was no point in rushing as we couldn’t get up to Alrewas anyway.

So after a couple of nights at Shobnall Fields we moved up to Shobnall Marina for diesel, a gas bottle and some solid fuel. 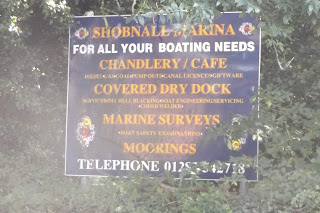 Under the canopy at Shobnall. 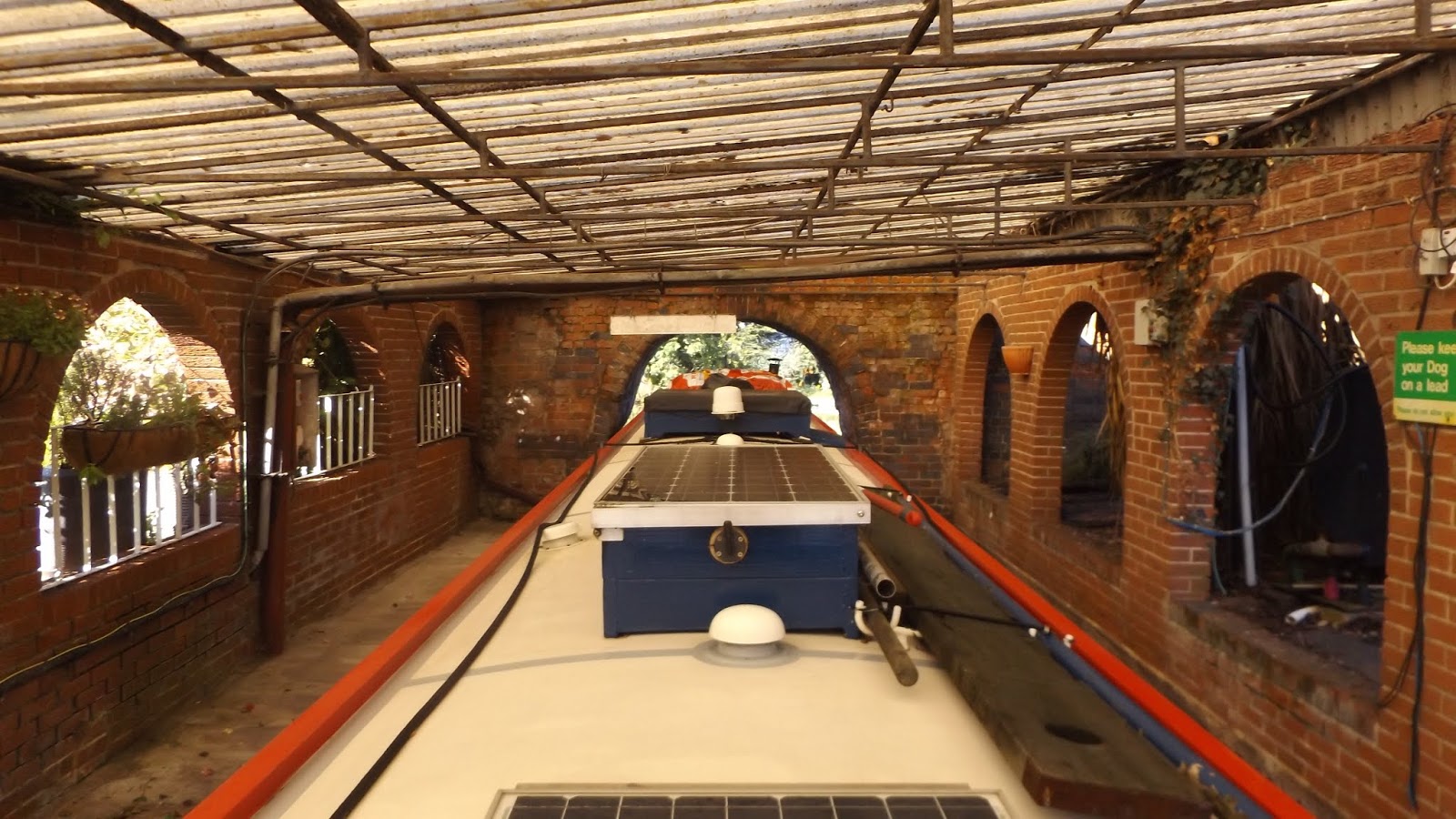 A bit of a dent in the wallet, but that’ll last us a month now.

The next stop was at Bridge 33d for a grocery run up to Morrison’s. I‘d loaded myself up and still hadn’t got everything on the list so we decided to stay the night there and I filled the rest of the order on Thursday morning.

That done, with tanks and cupboards filled up, we set off heading for Branston.

We got moored up just before Branston Bridge and the new Nurton Bridge. 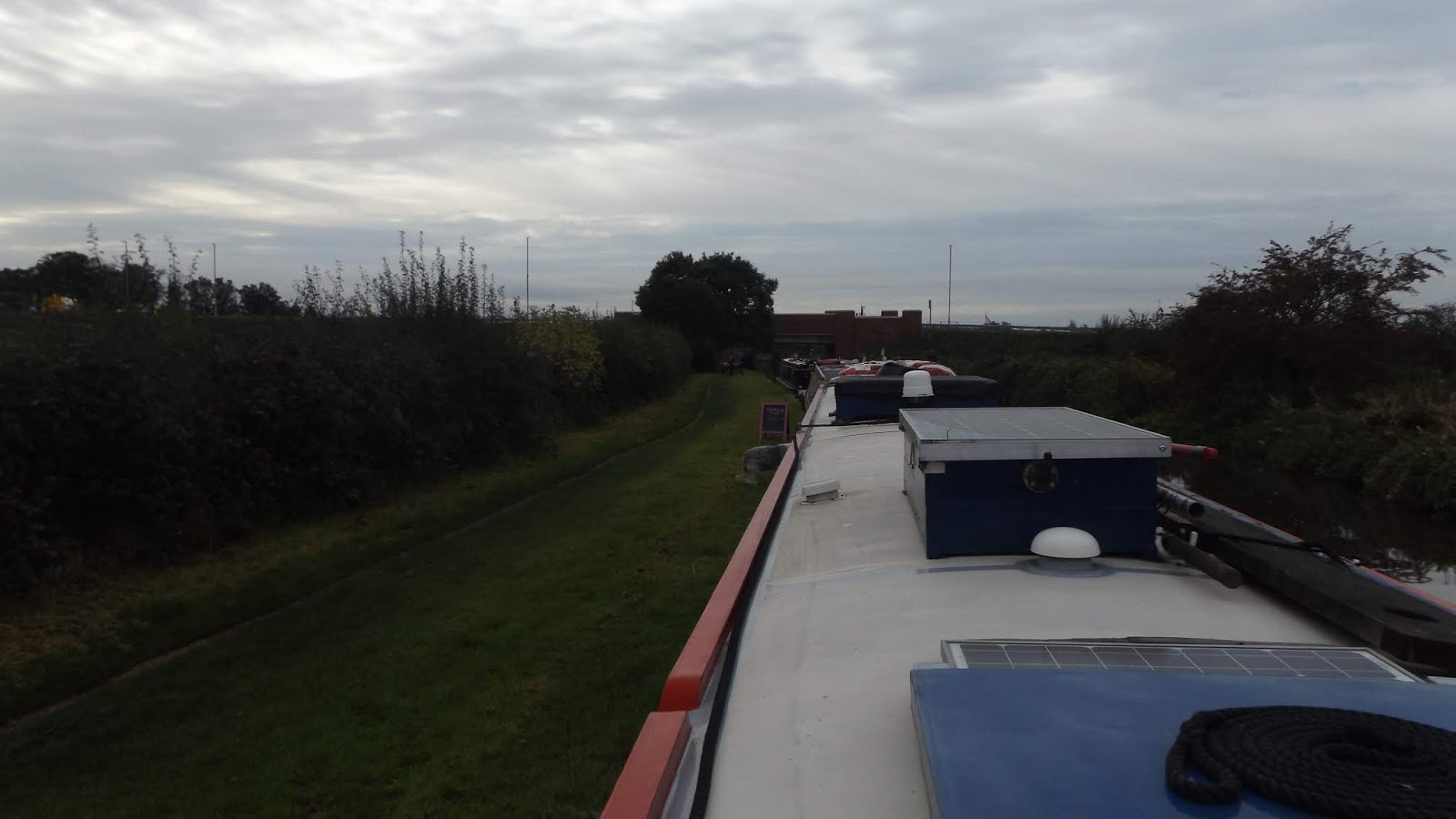 It’s more open here than on the moorings alongside the water park, and the canal is wider too.

This morning we woke to a fine day, but I didn’t expect to be able to move. The EA flood monitoring website is showing the Trent falling, but still above normal levels. However I heard on the grapevine that the river section below Alrewas was open, though with more rain forecast it may not be so for long…
https://flood-warning-information.service.gov.uk/station/2100 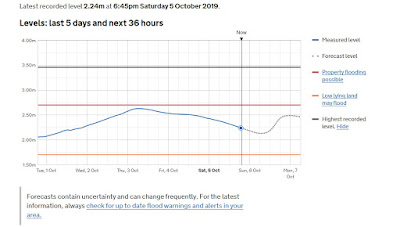 Yet another trip to Morrison’s (where does it all go?) and then we were off. 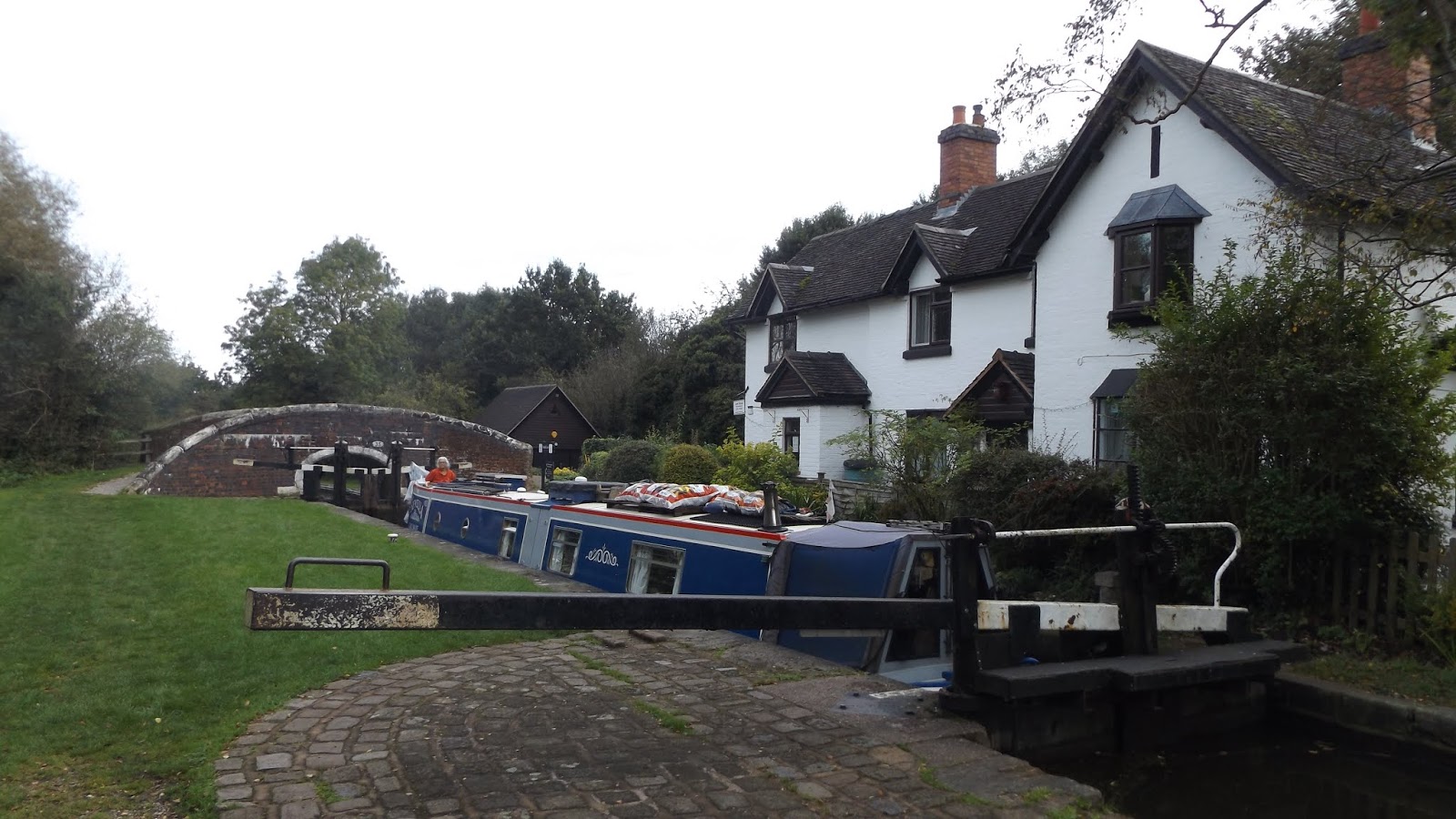 We dropped accumulated rubbish off at the bins partway between Tattenhill and Barton Locks, then got waved past a very slow plastic cruiser (that was a relief) before arriving at the lock.

Barton Lock was empty and there was a boat waiting to come down, so that didn’t take long, then we were past Barton Marina where we spent the winter of 2012/2013 after Mags’ “bit of a do”. 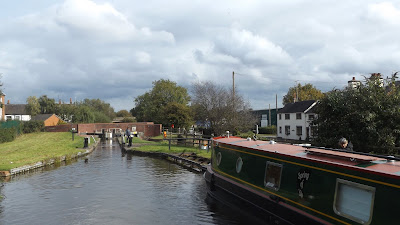 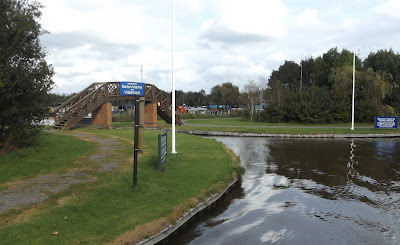 There were a few boats going the other way including a couple of work-boats.

Hadley, one the CRT heritage fleet. 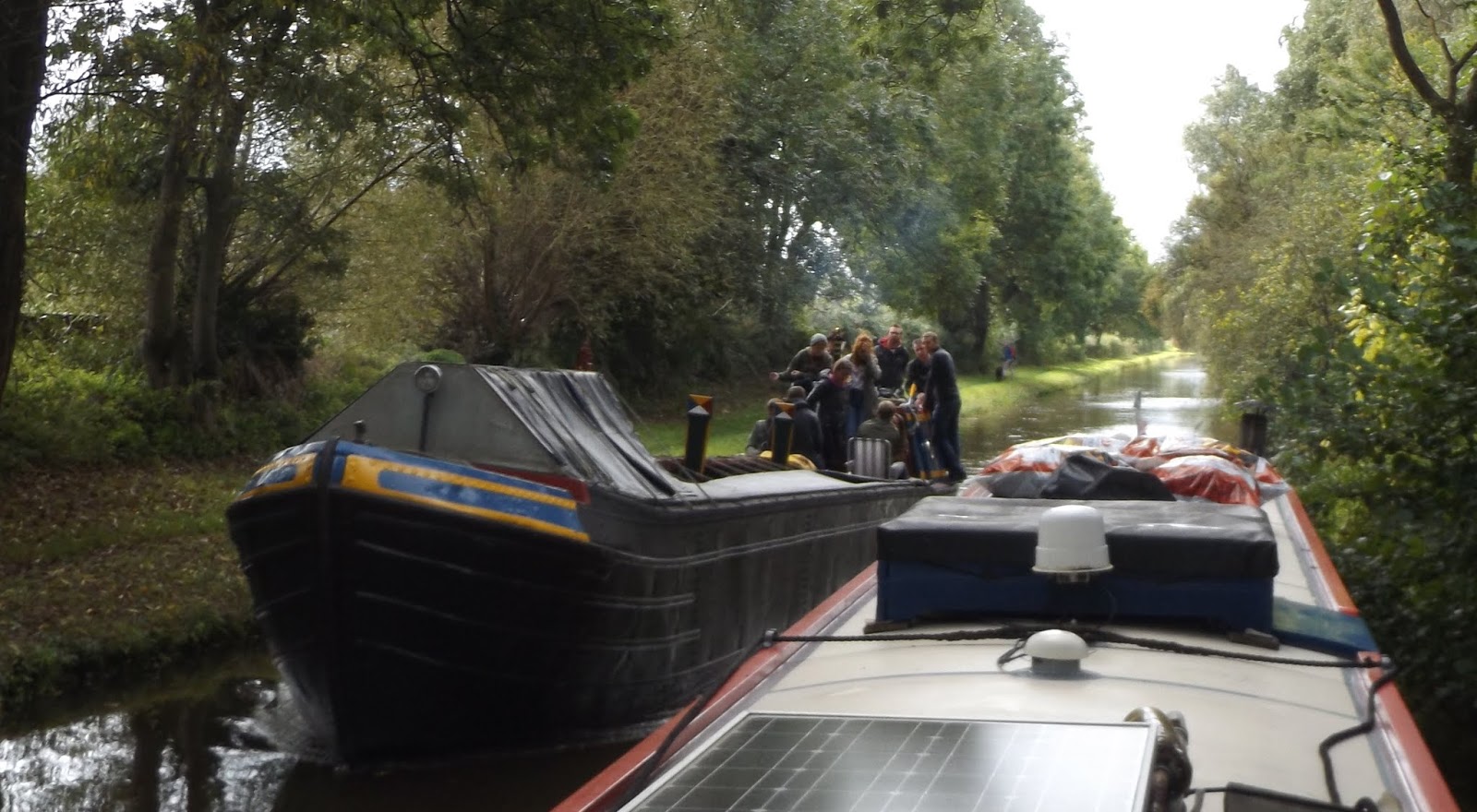 Plenty of crew for the locks!

The noisy stretch alongside the A38 was much as normal, then we were approaching Wychnor Lock which takes the canal up onto the river section for a mile or so.

Confirmation that we can proceed – with caution. 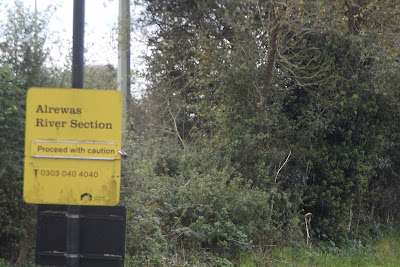 A boat had just left Wychnor Lock, and one above was waiting the lock for us, so that was yet another easy passage.

The river section starts here, although the main flow is a bit further up before it runs over a wide weir. 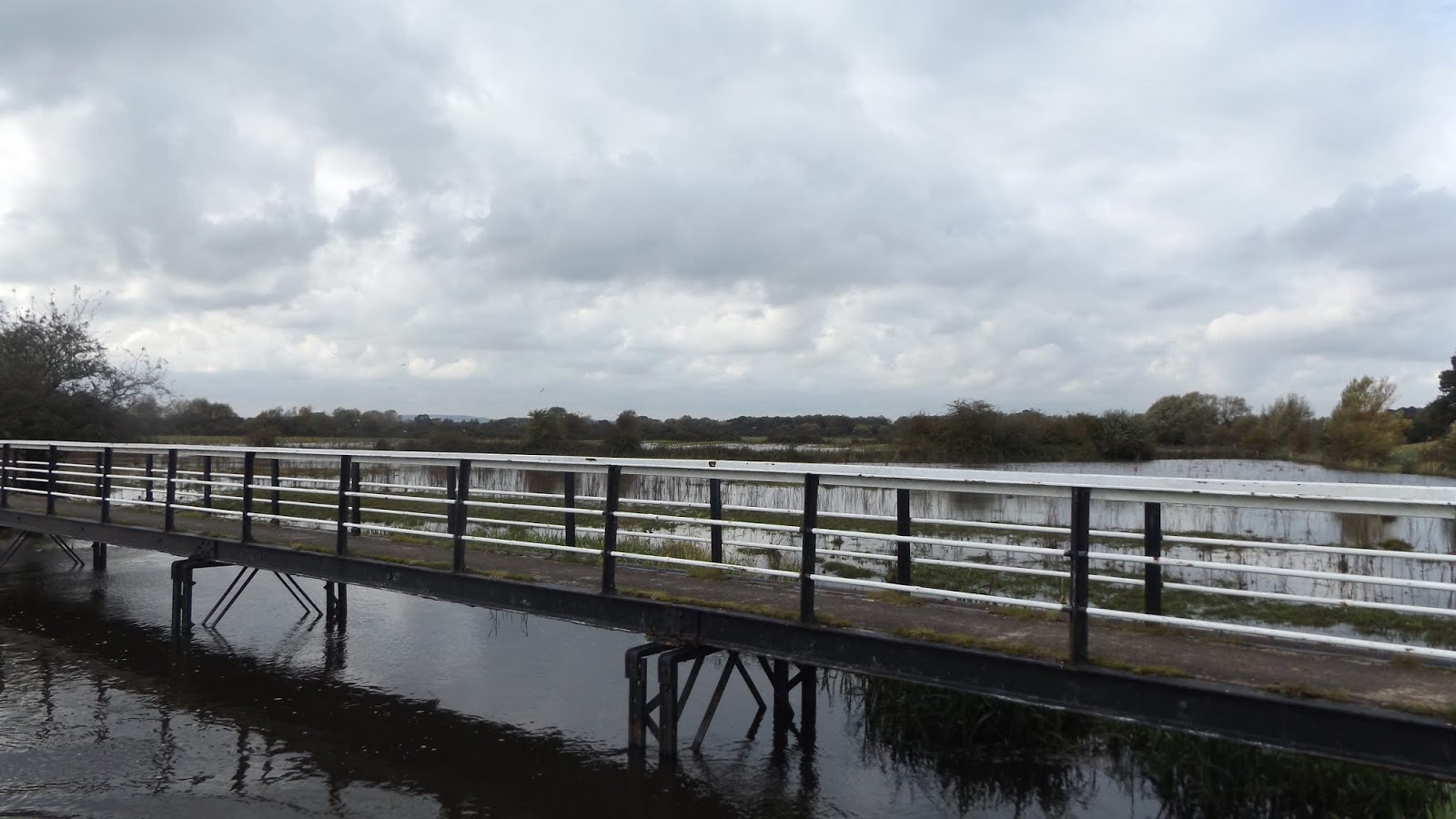 …and the weir taking the bulk of the stream. 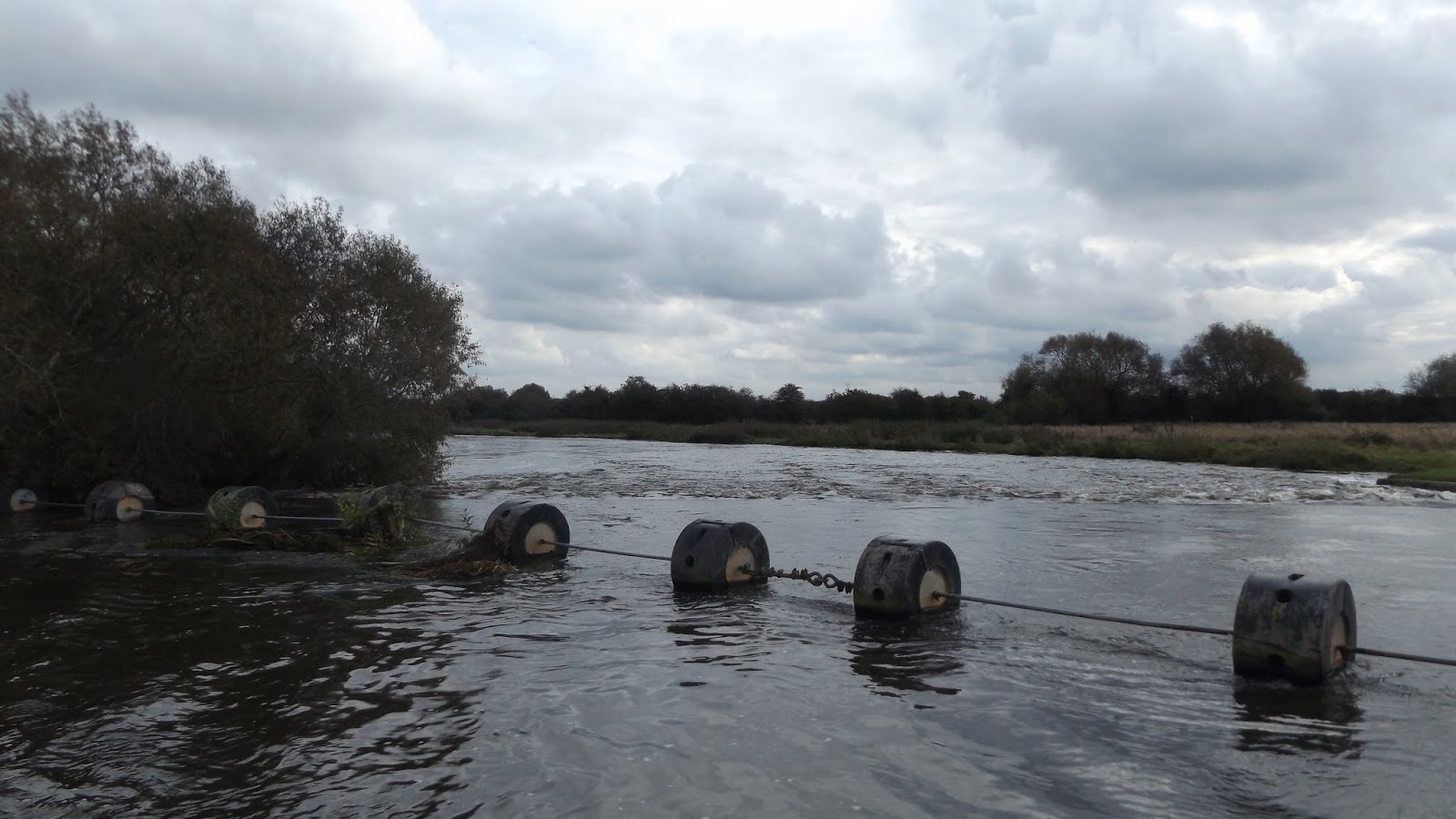 A bit more welly was needed against the current here, before the channel turns into the slack water below Alrewas Lock.

We had to wait for another boat going up ahead, then emptied the lock as there was no-one waiting to come down. 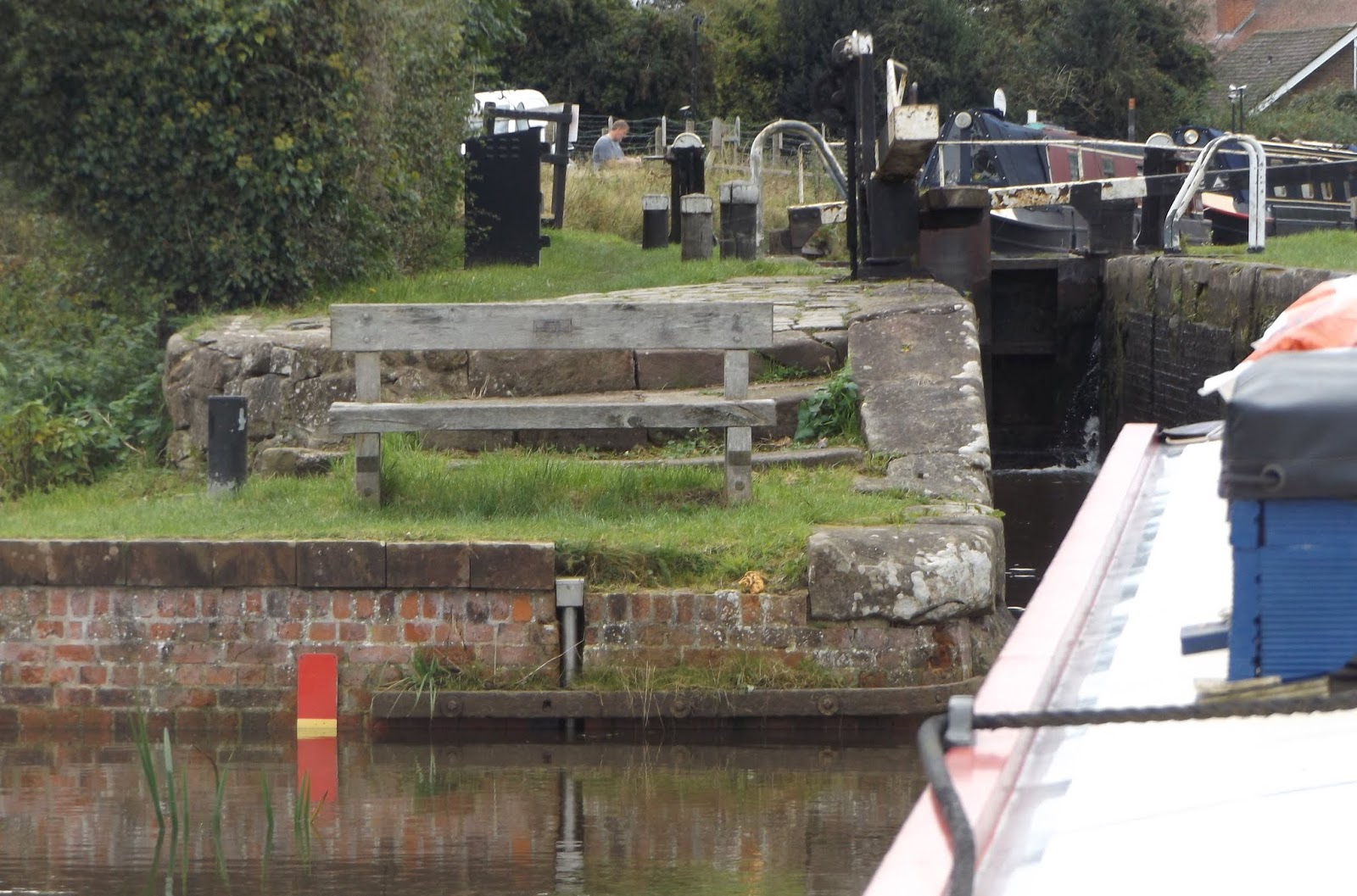 Up the lock and we moored before Bridge 46. We’ll wait out tomorrow’s weather here, then decide what we’re doing after that. Now that the potential hold up is behind us we can toddle steadily on.

Oh, and I must say congratulations to Neil and Jane, the couple we met the other day at Willington. They came across a boat they liked and bought it! Well done you! We'll look forward to seeing you out on the water.

And KevinToo, well done for spotting the "deliberate" mistake. At least Derwent and Dove both begin with a D... You're right, the Co-op (and Morrison's) cream doughnuts and pork pies aren't a patch on those from Birds Bakery! Shame we missed you this time. Take care.