Up off the river.

Well, that's clean water and wide spaces left behind for the time being. We left the Luddington Lock moorings yesterday morning early, on the move at soon after eight.

There's a tribute to another restoration giant, David Hutchings, on the path to the village from the lock. You may need to enlarge the pictures to read the text.... 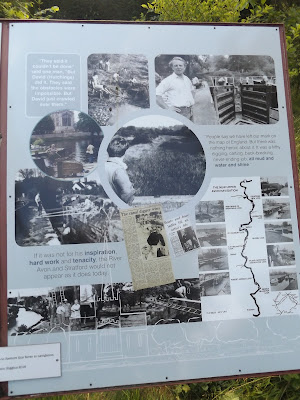 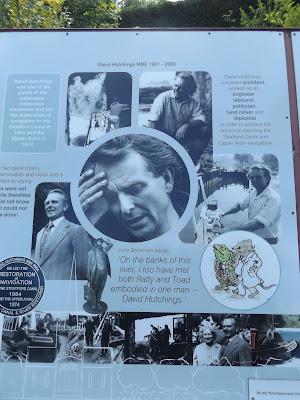 The Victorian parish church of All Saints replaced an earlier one destroyed by fire. It was there that Shakespeare was married to Anne Hathaway, according to local lore. 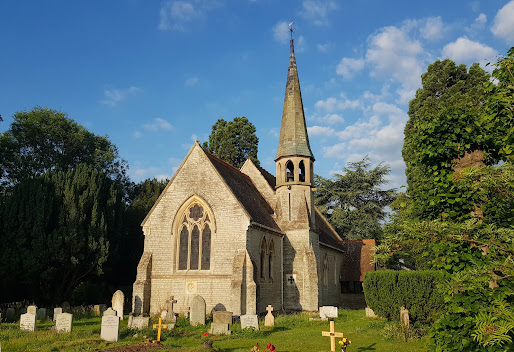 This is disputed, as is a lot of The Bard's "history". Worcester, Grafton Regis and Shottery also claim the distinction. What is agreed though is that he was eighteen and she was 8 years his senior and 3 months pregnant with their first child. Naughty lad. Not a shotgun wedding though, they weren't invented until 300 years later!

The village is chocolate-box cute... 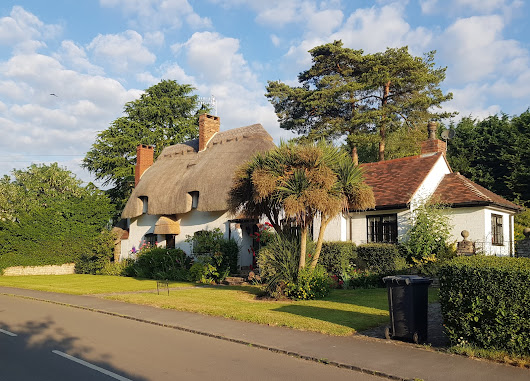 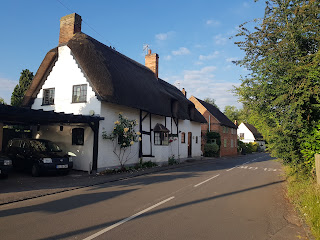 Anyway off we went, aiming to get tied up on the river at Stratford in plenty of time for our visitors. 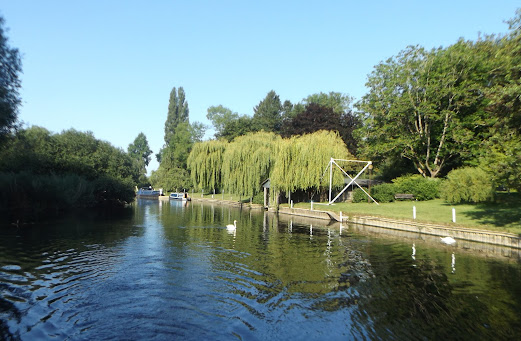 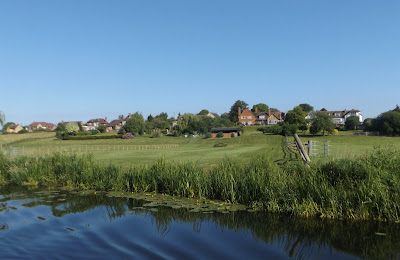 The Gloucester to Stratford railway crossed the river on an iron truss bridge. 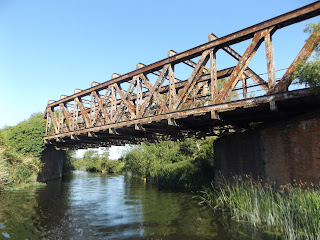 The track is gone, the bridge now carries a cycleway. 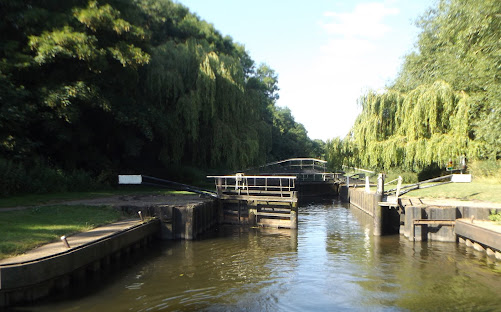 Shakespeare Marina is open but not quite finished just above the lock. 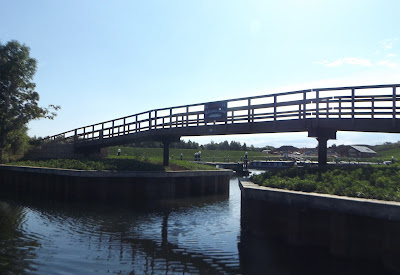 It's not far to Stratford Trinity (Colin P Witter), past a large area of parkland on the right and the start of the built-up area on the left. 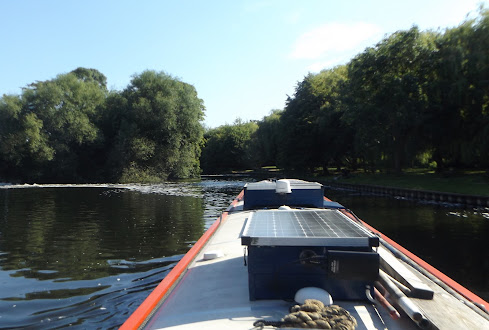 A boat was just getting ready to leave and another was waiting above so that was a quick turnaround too. 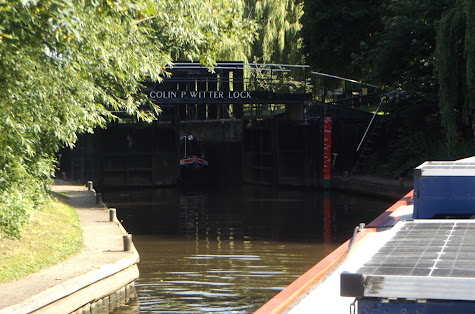 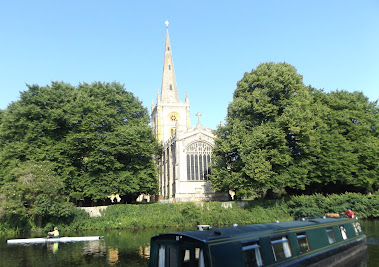 I'd planned to moor opposite the theatre but the moorings there were full so I turned around and pulled in near the chain ferry.

We had a good afternoon with Kay, Paul and Sue, passing showers kept us inside but they enjoyed watching the boats and the swans through the side hatch. They left us late afternoon and I toyed with the idea of heading up into Bancroft Basin but decided to leave it till this morning.

Heading towards the lock up off the river, Tramway Bridge and Clopton Bridge ahead. 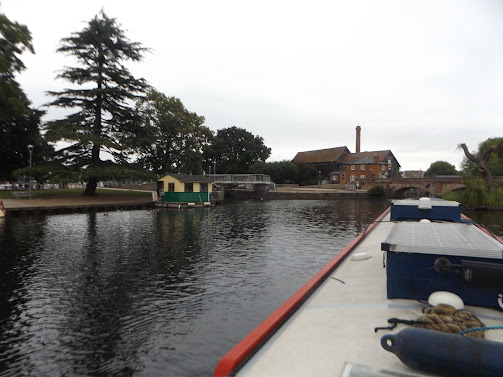 The lock is to the left, this side of the bridges, but the river navigation continues for another 3½ miles for shallow-draughted boats, but only 1½ if you want to turn a narrowboat!

Looking back at the "interesting" architecture of the Royal Shakespeare Theatre. 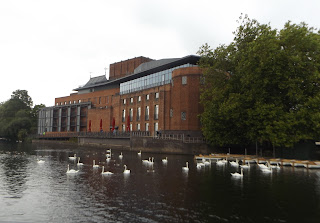 We went up the lock into Bancroft Basin, closely observed by the tourists on the tail bridge, then pulled in on one of the pontoons facing the Gower Memorial to the man himself... 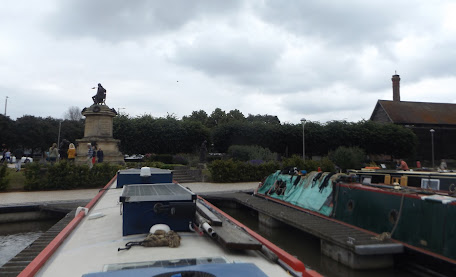 Heading off up the Stratford Canal tomorrow or Sunday. I'll have to remember to shut the lock gates behind us!