Before we left Bancroft Basin on Sunday morning I took a few pictures while it was still bright and sunny... 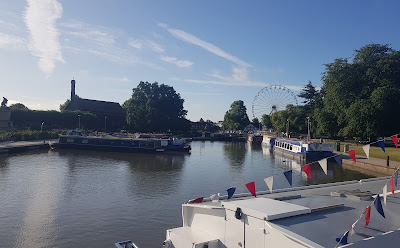 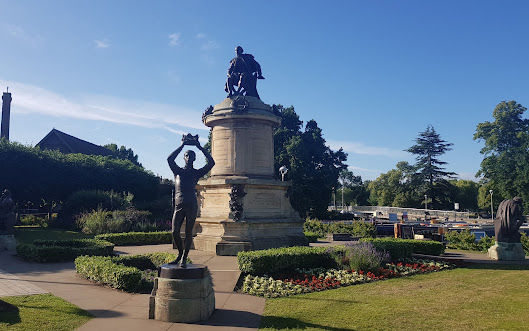 This one was on Saturday morning, on the lock flight heading up out of town... 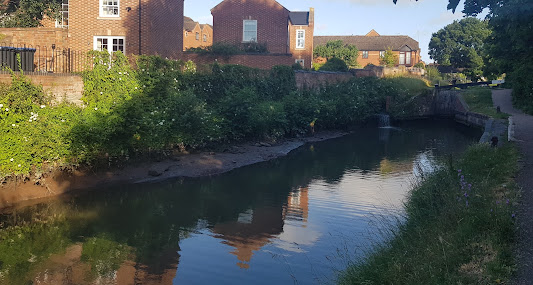 It wasn't much better a day later!

I thought I might struggle to reverse out off our pontoon as the breeze had picked up but it wasn't as bad as it might have been.

Heading across the basin... 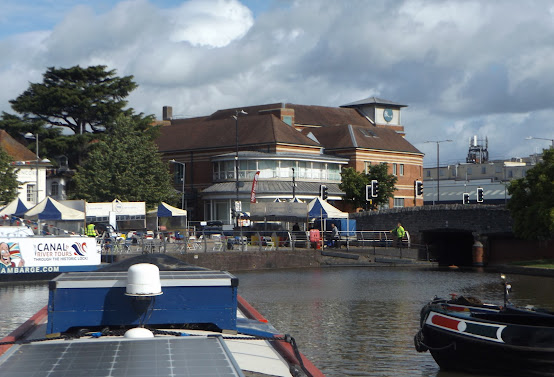 ...under the low Bridge Street Bridge... 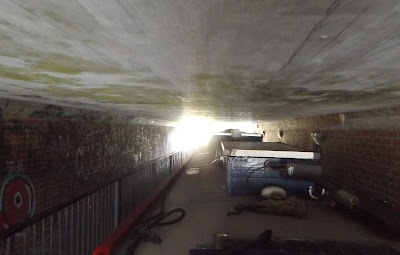 and into our first narrow lock for several weeks. 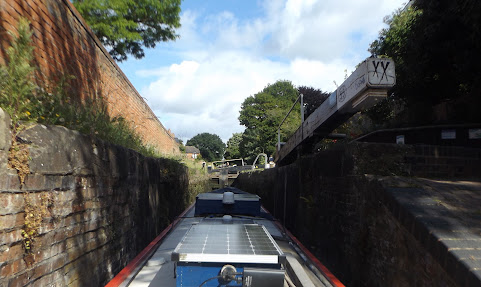 The next pound was the low one from Saturday morning, a little better but still not deep enough for me to get to the next lock. I was just able to get the fore end in to the bank and jump off to let a lockful of water down, just enough to allow me to scrape in to the lock.

Above this the pounds were ok, still a little low but passable. I stopped to fill up the water tank and empty a loo tank at the old Valley Cruisers base above Birmingham Road Lock (52) before pushing on, up Lock 51 and mooring up just past the A46 road bridge. Boats has started to pass us going down, taking water with them so the levels nearer town should improve. 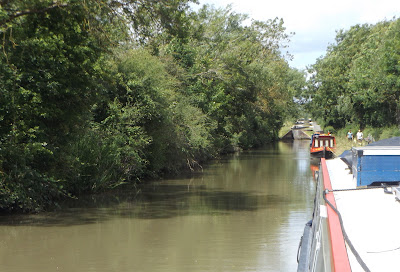 We waited out the rain yesterday. It did brighten up after lunch but I'd lost the urge to move by then so we stayed put.

The urge was back this morning, I dragged Mags out of bed at 08:15 (bless...) and we were on the move a half hour later. 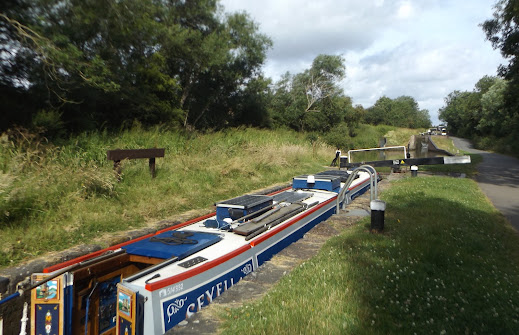 I'd worked my way up the first two, then a CRT volunteer arrived and set the third one for me. And he stayed with me for the rest of the morning. 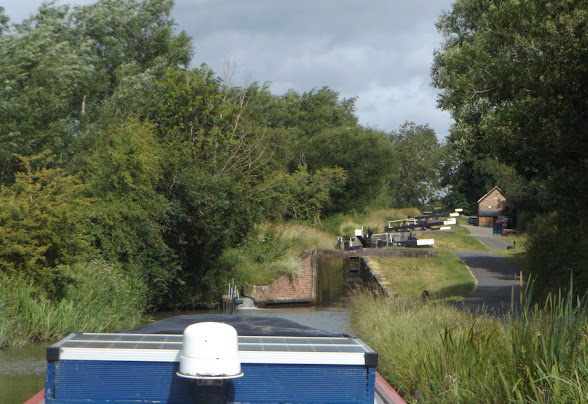 My own helping hand on the left and his mate going in the opposite direction on the right. 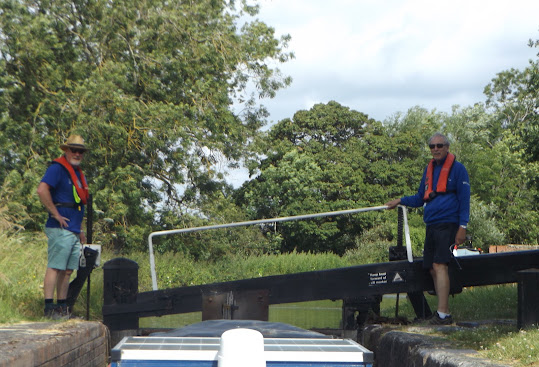 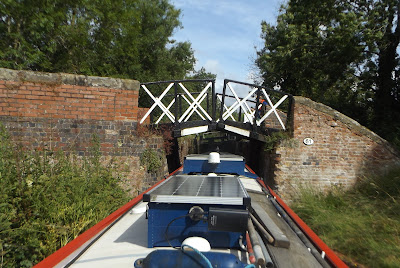 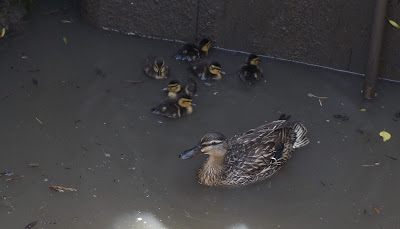 Near the top, maybe L41 or L42, we had to take it really slowly as a rather imprudent mallard had decided to bring her young family in to the lock.

But we managed without any casualties.

Wilmcote Top Lock has only one paddle working so was slow to fill, giving us enough time to help out a hire boat that had come a bit unstuck. 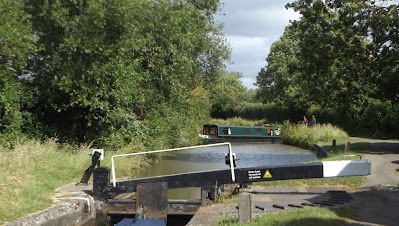 First day, he hadn't a clue and his wife was less than impressed. Might be their first and last canal holiday...

This canal was built to a tight budget, that's why the locks have single gates top and bottom rather than the more usual mitred pair at the bottom, and narrow split bridges that avoid having to build them wide enough for a towpath. The towing rope could pass through the gap in the middle. 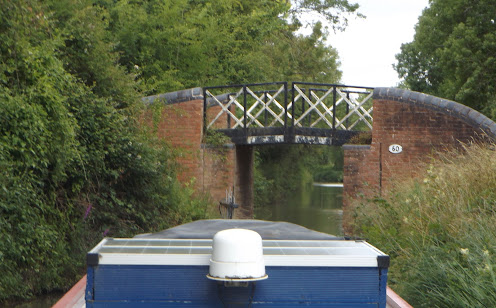 Coming in to Wilmcote. 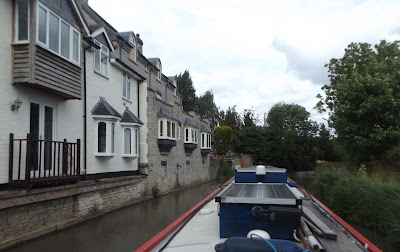 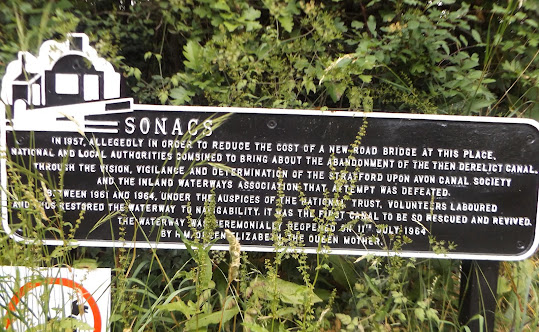 We'll push on to Wootton Wawen tomorrow, a few more miles but only 1 lock.