Off down the valley.

On Friday morning we were off at around half-eight again, but even that early there were boats going down and coming up Tixall Lock. 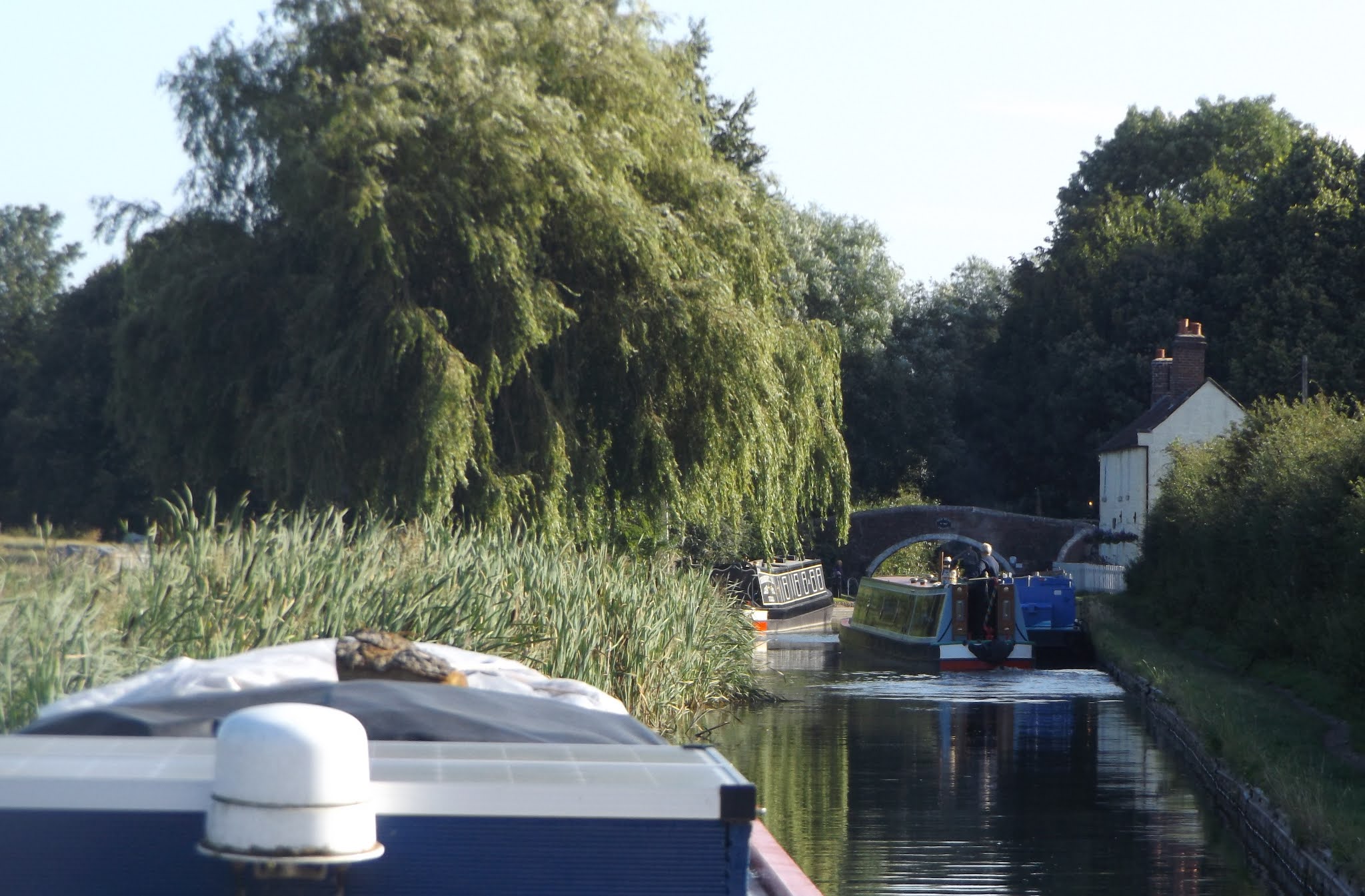 It’s quick to fill and empty though, being a lot shallower than those further up the canal, and we were out on the wide, passing Tixall Gatehouse, before nine. 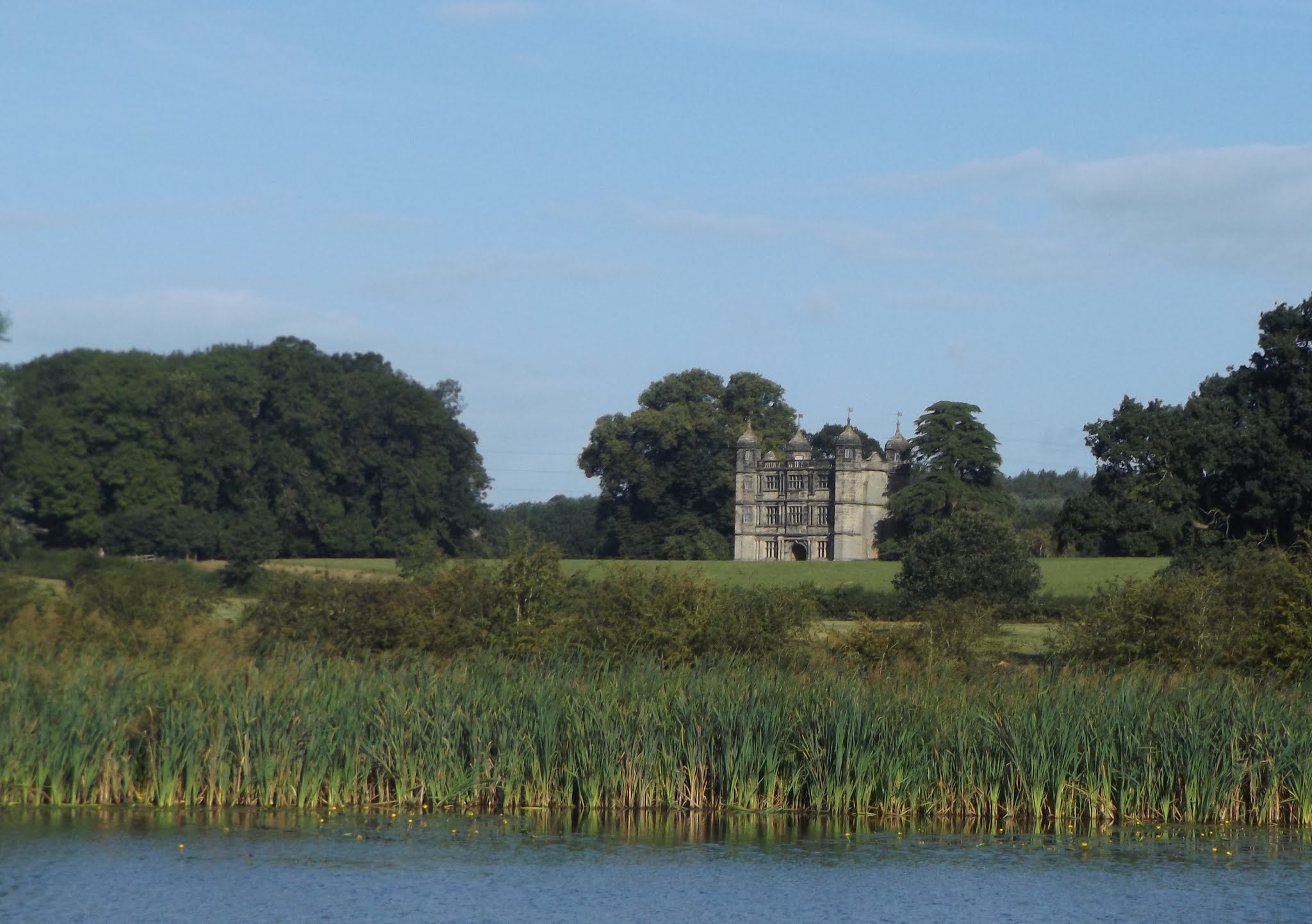 The gatehouse is a remnant of the extensive Tixall Estate, once home to the Aston family, but now broken up and sold off. The hall itself, dating from the 16thC was demolished in 1927. The estate was owned by the Littletons then the Astons, two of England’s great families. The village of Tixall was listed as a settlement in the Domesday Book of 1086.

Less than a mile on we crossed the Trent on a short aqueduct before passing under Bridge 109, Haywood Bridge, and turning right onto the Trent and Mersey. 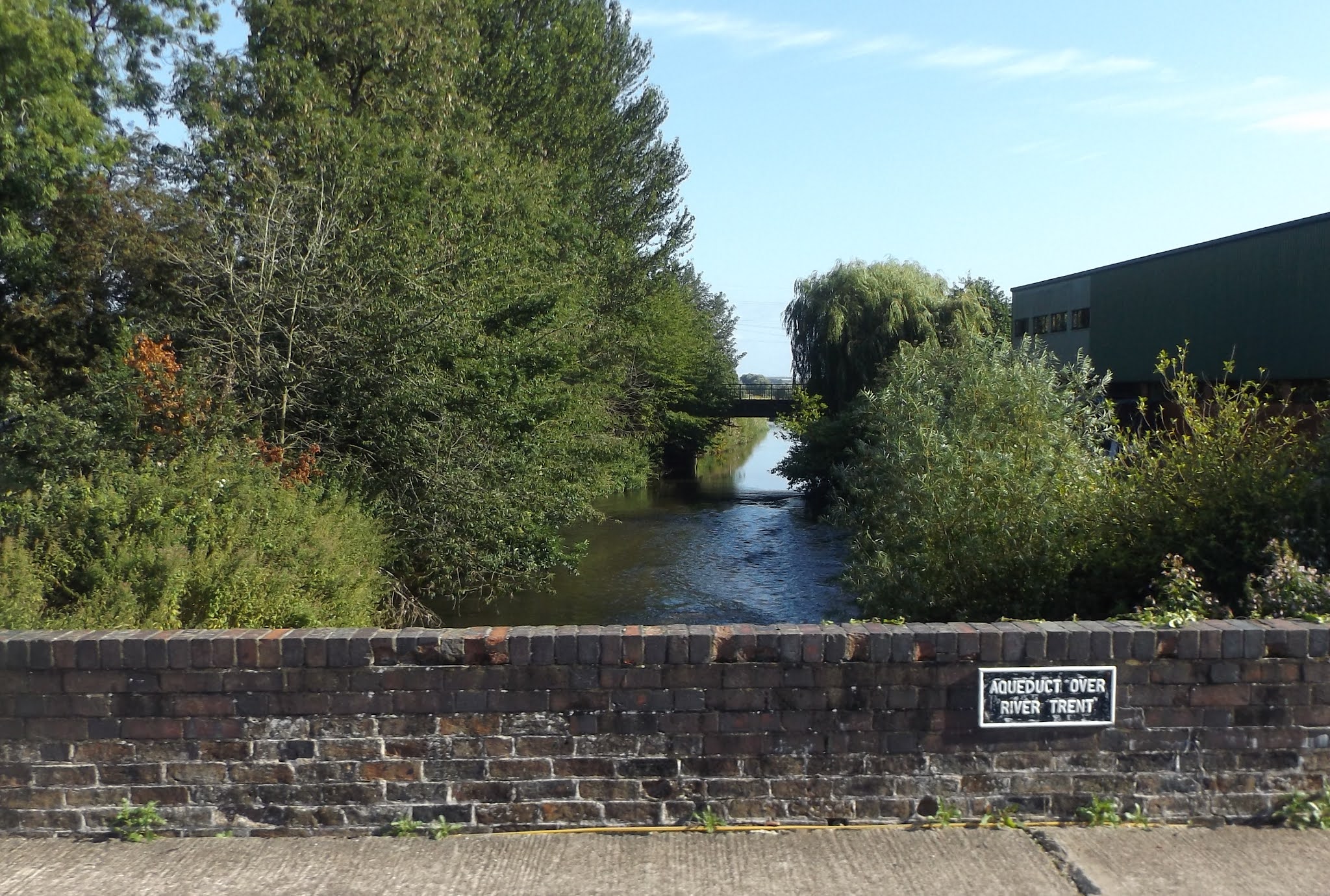 From here we’ll be following the Trent valley all the way down to Soar Junction.

The wide, low arch of Bridge 109 at the junction. 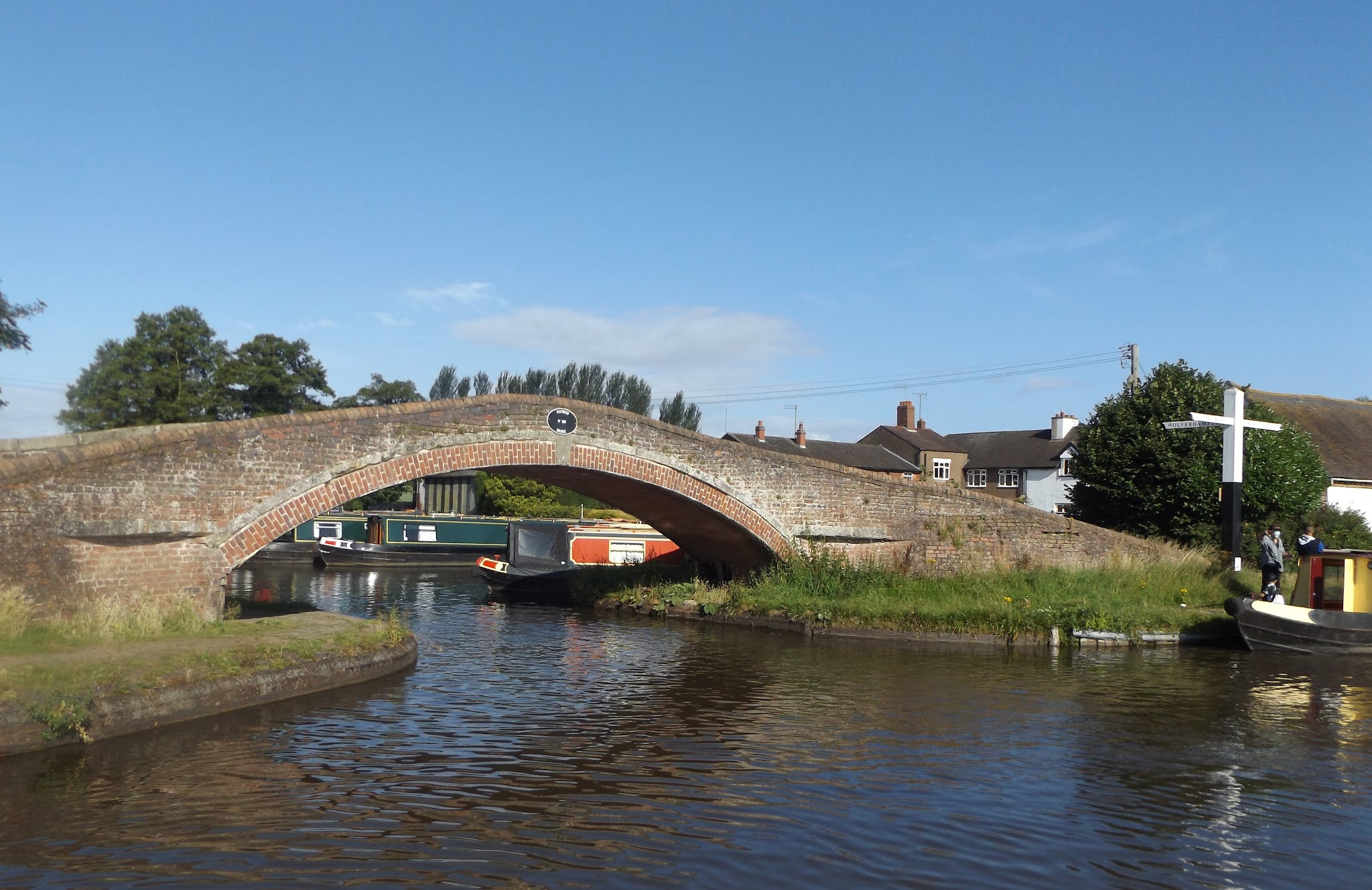 We pressed on, encountering no queues at either Haywood nor Colwich Locks, although there were boats waiting to come up both. 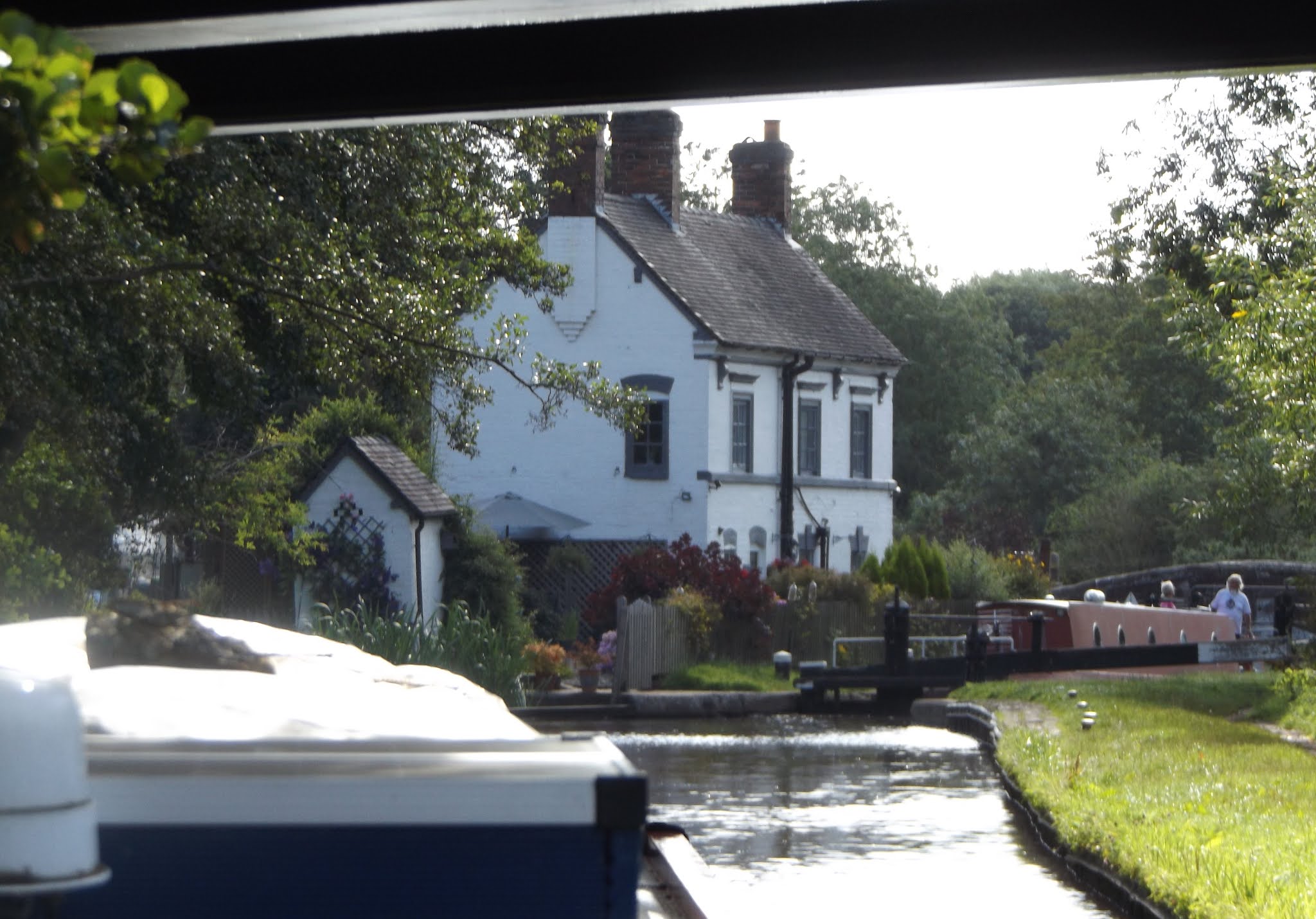 Taft Wharf, where we often moor. 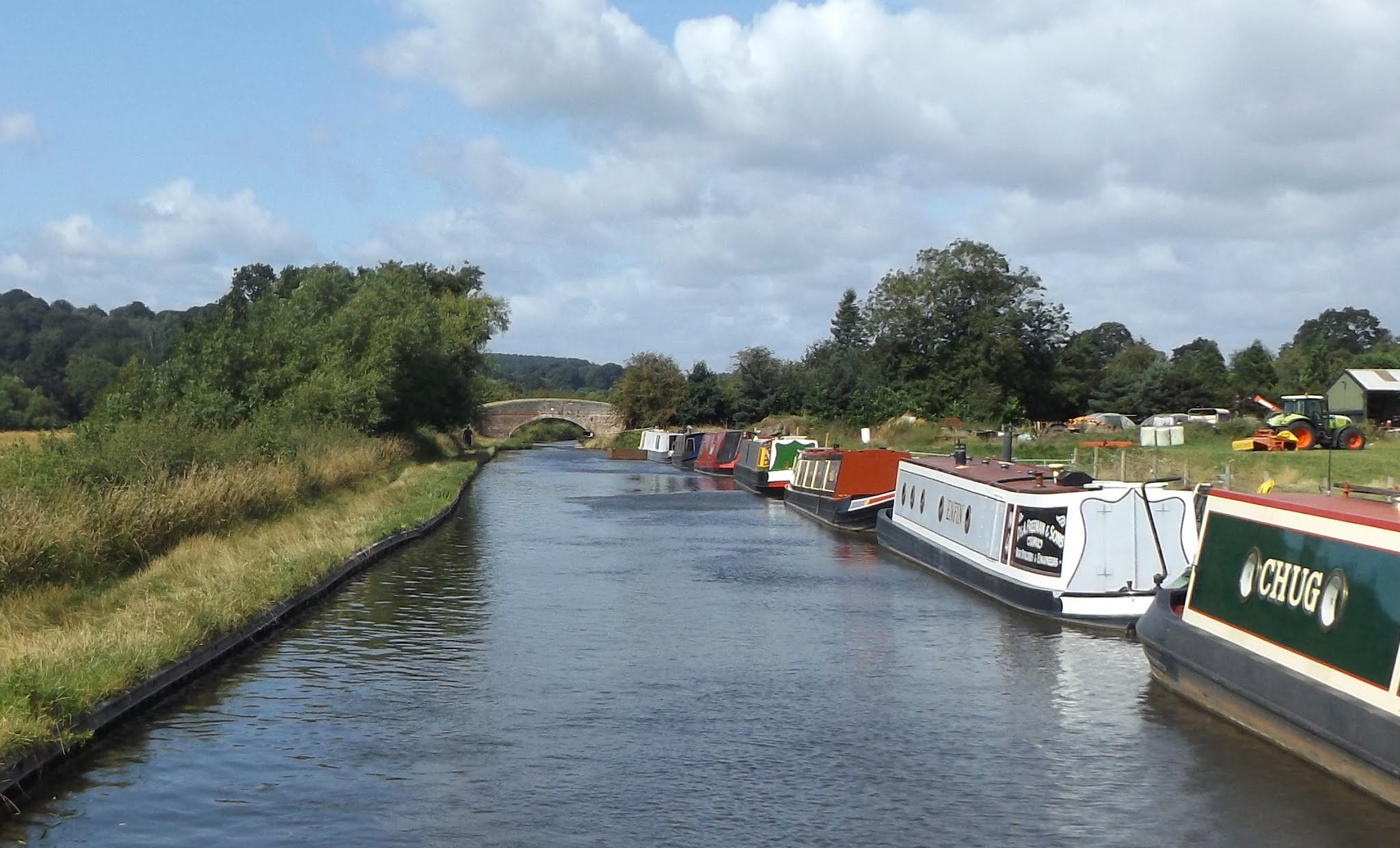 We used to call this the pig farm but the pigs are all gone. Dave Freeman here has done our last two Boat Safety checks. His son William sold diesel from the open hold of Dextra, but I see that the boat now has a cabin.

We pulled in on the offside moorings just before the aqueduct on the edge of Rugeley. 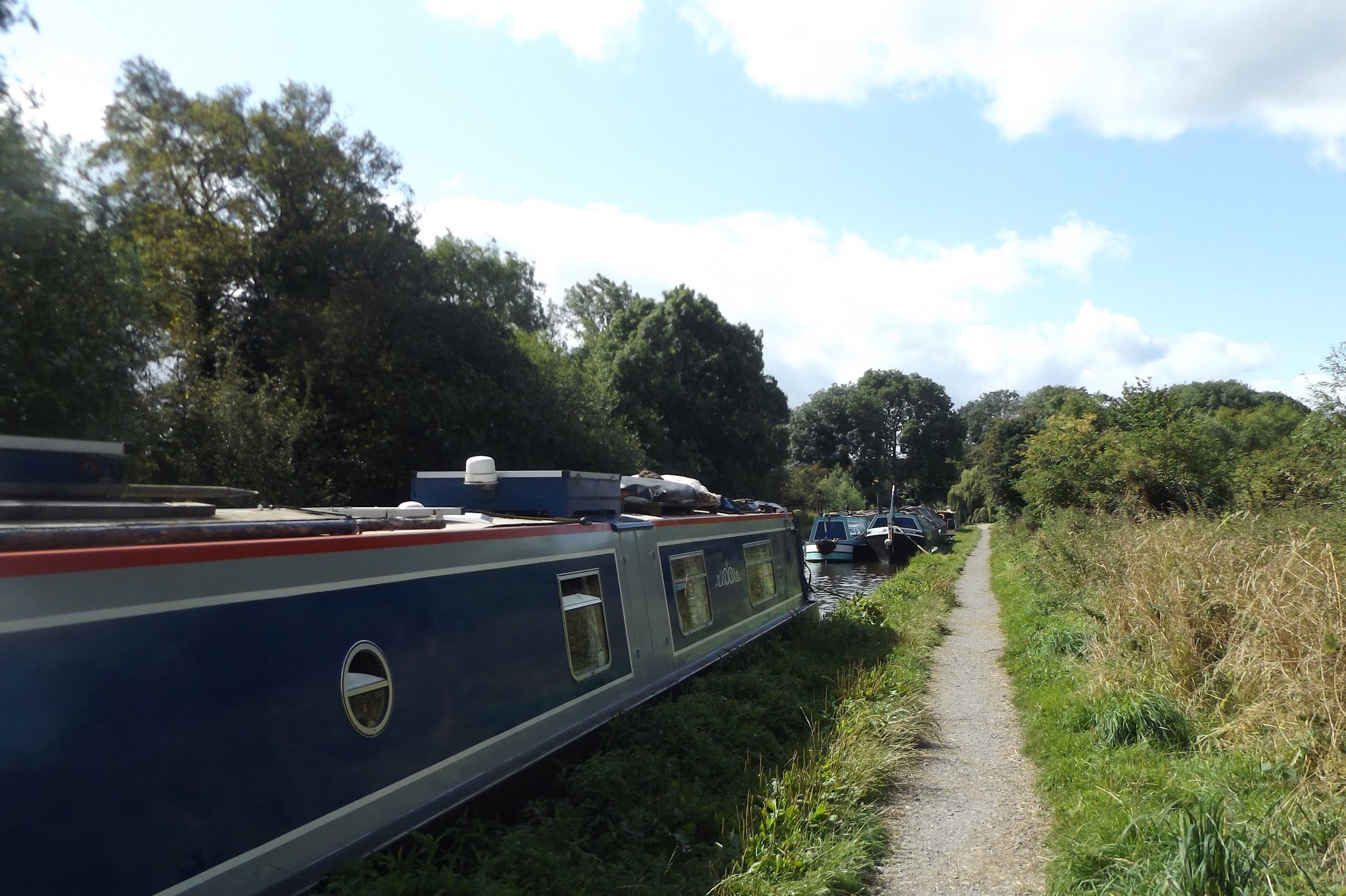 It’s quieter than in the town here, and there’s a handy Co-op for shopping just 10 minutes away.

Yesterday we were on the move again, a little later than we have been but with a shorter day planned.

Over the Trent again. It’s slowly getting wider… 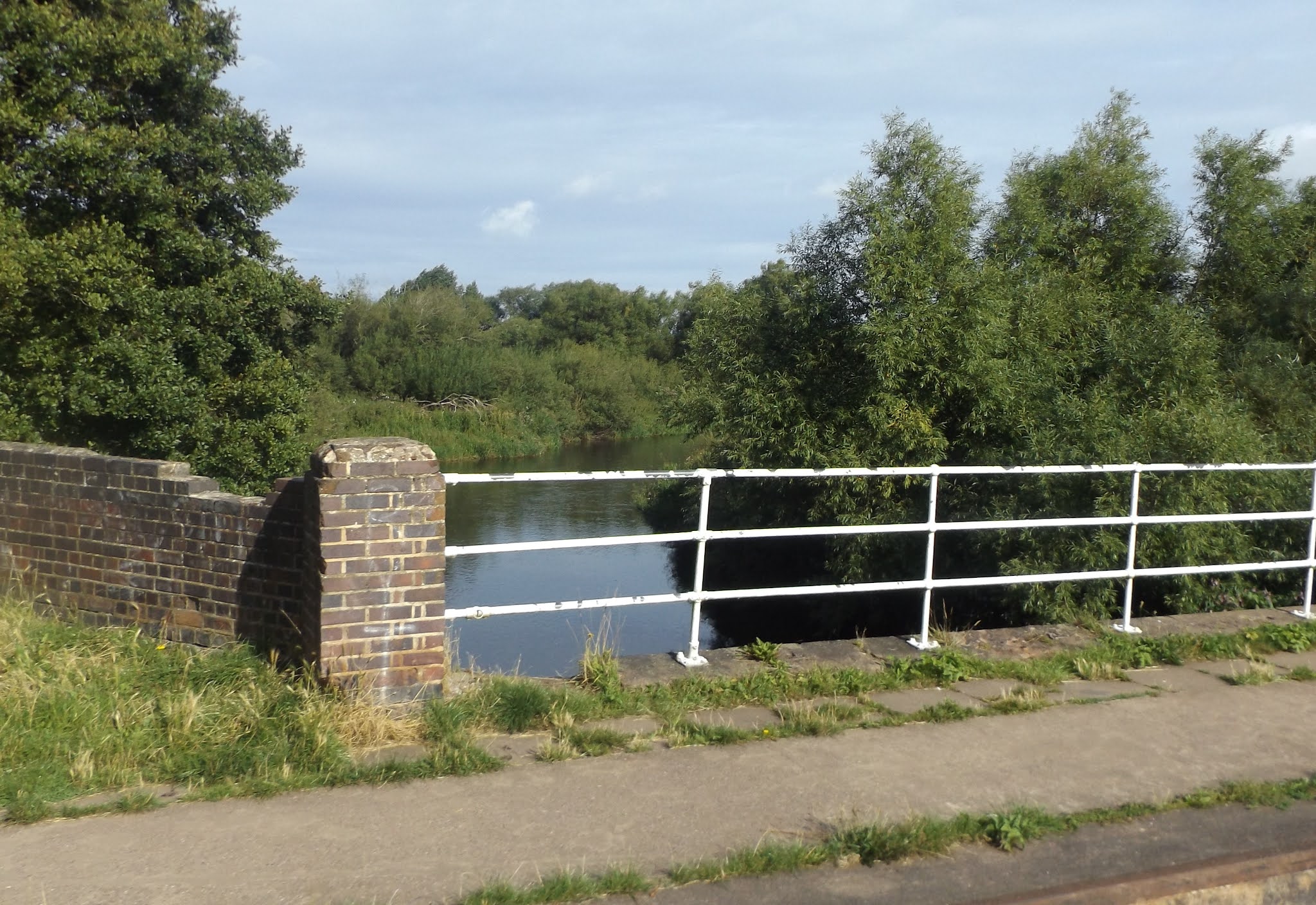 A sharp left turn at Brindley Bank takes the canal into Rugeley. The good moorings either side of Bridge 66 (no names for the bridges on the T&M) have been extended by new piling. A welcome addition to this popular spot. 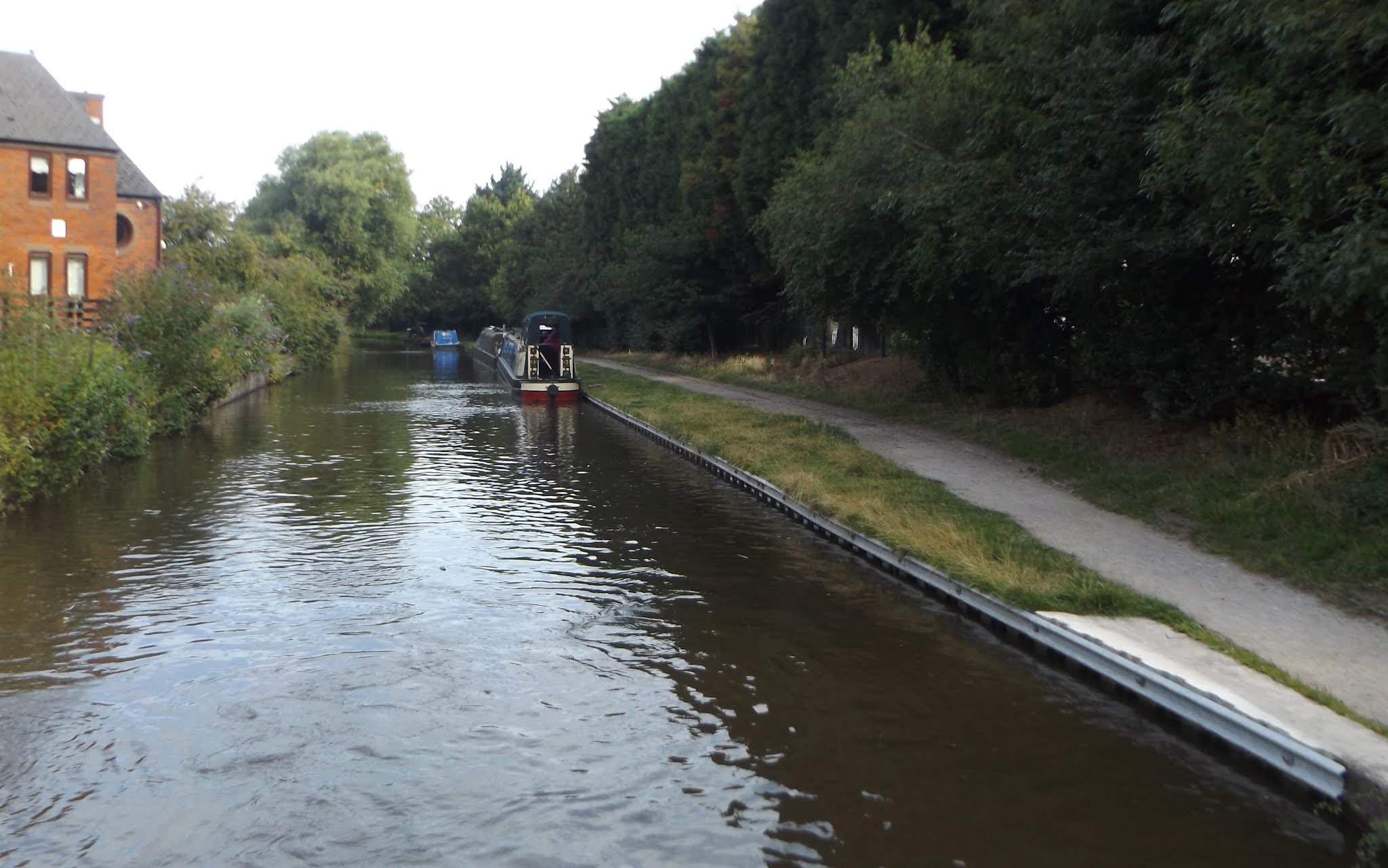 It seems to take ages to get through the conurbation, but there’s the distraction of an abundance of moorhens of all sizes and the inevitable mallards. 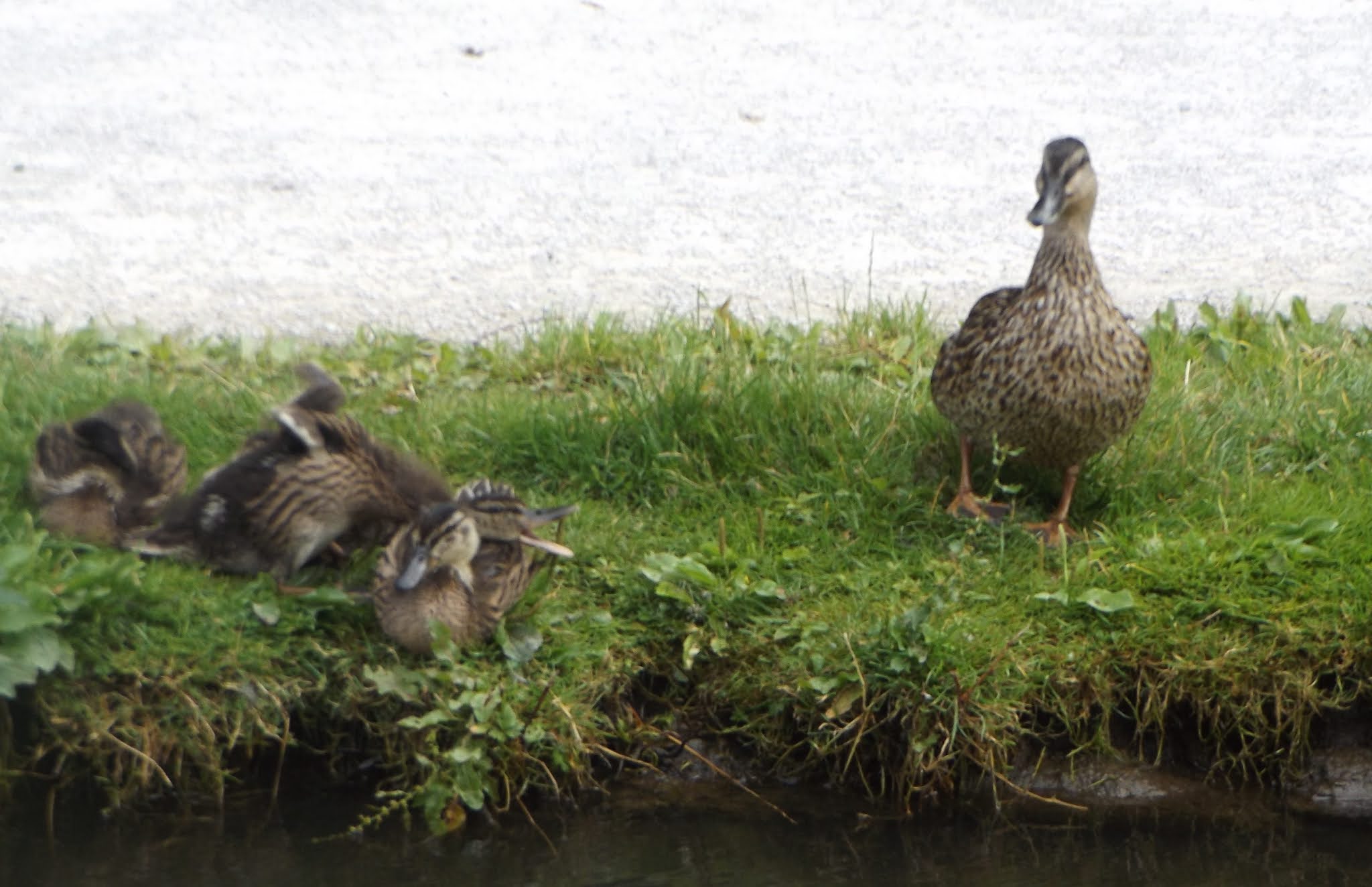 We waited behind a hire boat at the water tap at the end of the Hawksyard moorings, and got chatting like you do. Their plan was to go to the Black Country Museum in Dudley via Foxton Locks. And back to Great Haywood. In a week. I pointed out to him that there was no way he’d manage that, even with a large crew, and he’d better google one of the canal planners to get an idea of what would be possible. I checked later, and CanalplanAC reckons 15 days at 7 hours per day. I reckon he was a bit confused. If he’d headed up the Staffs and Worcs from Great Haywood he could have done the museum and back in a week. But he’d come the wrong way. I think it was their boat at Shadehouse Lock this morning, facing back the way they’d come. After filling our own tank we had a slow chug past the moorings then waited for a boat coming through the narrows that used to be Armitage Tunnel. 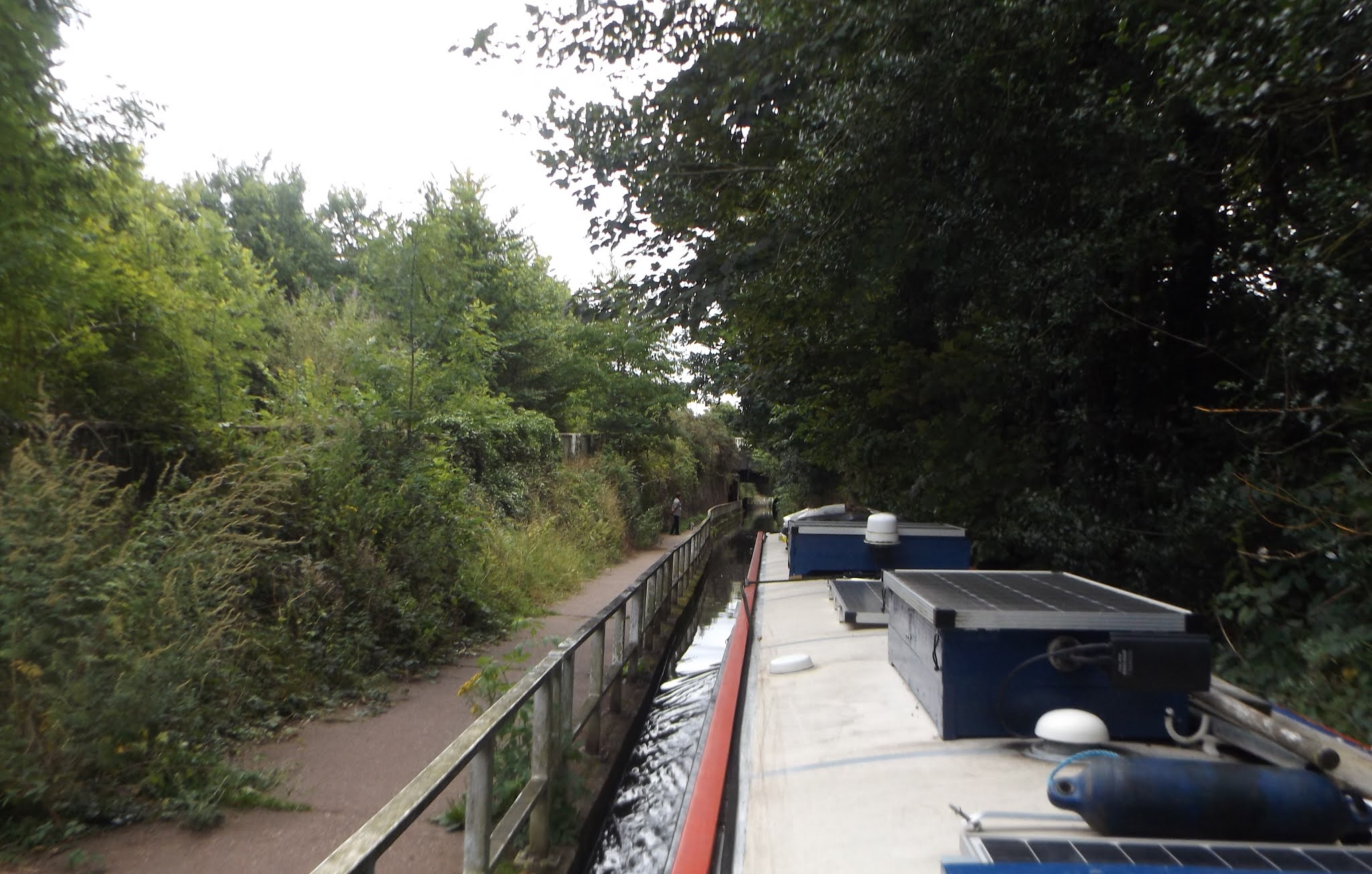 The Armitage Shanks sanitary ware factory, the place to “go”… 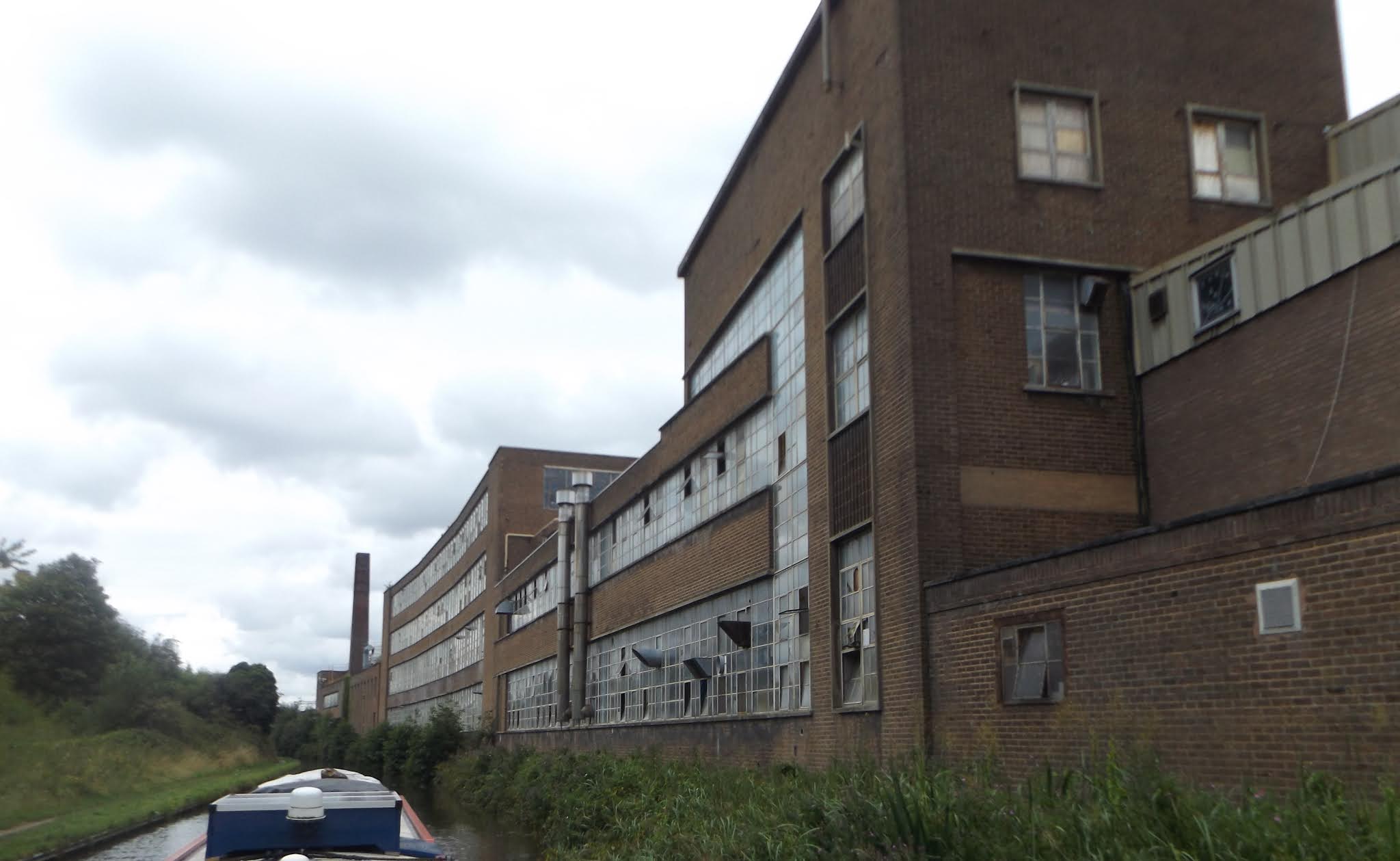 We got through the narrow bits around Bridge 60 without incident, then pushed on through Handsacre, past Kings Bromley Wharf and through Ravenshaw Wood before pulling in above Woodend Lock. We moored near a family on a pair of ex-working boats, Phobos and Alperton near Rugeley and here they were again. They get started before seven generally to avoid holding others up. 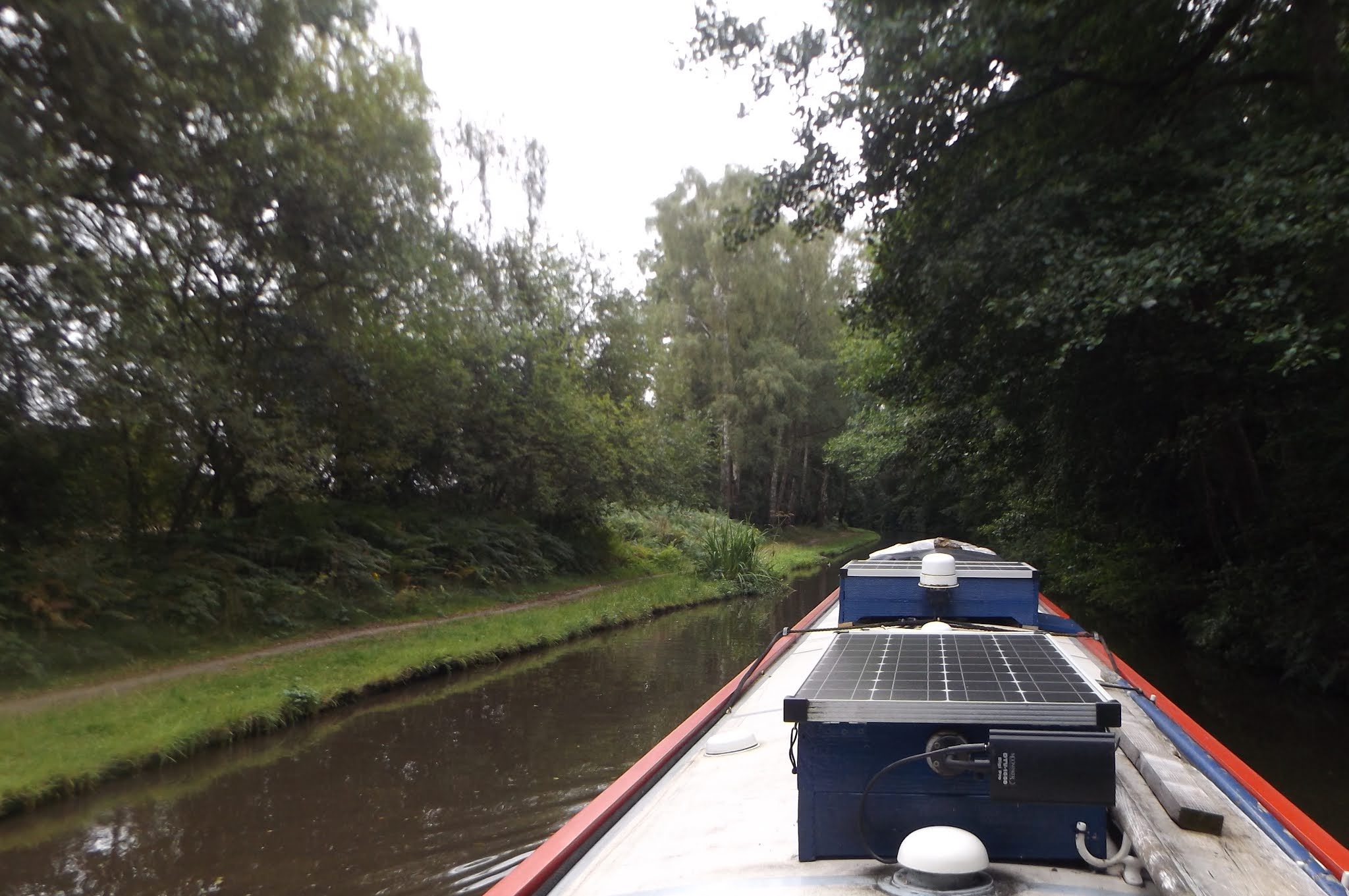 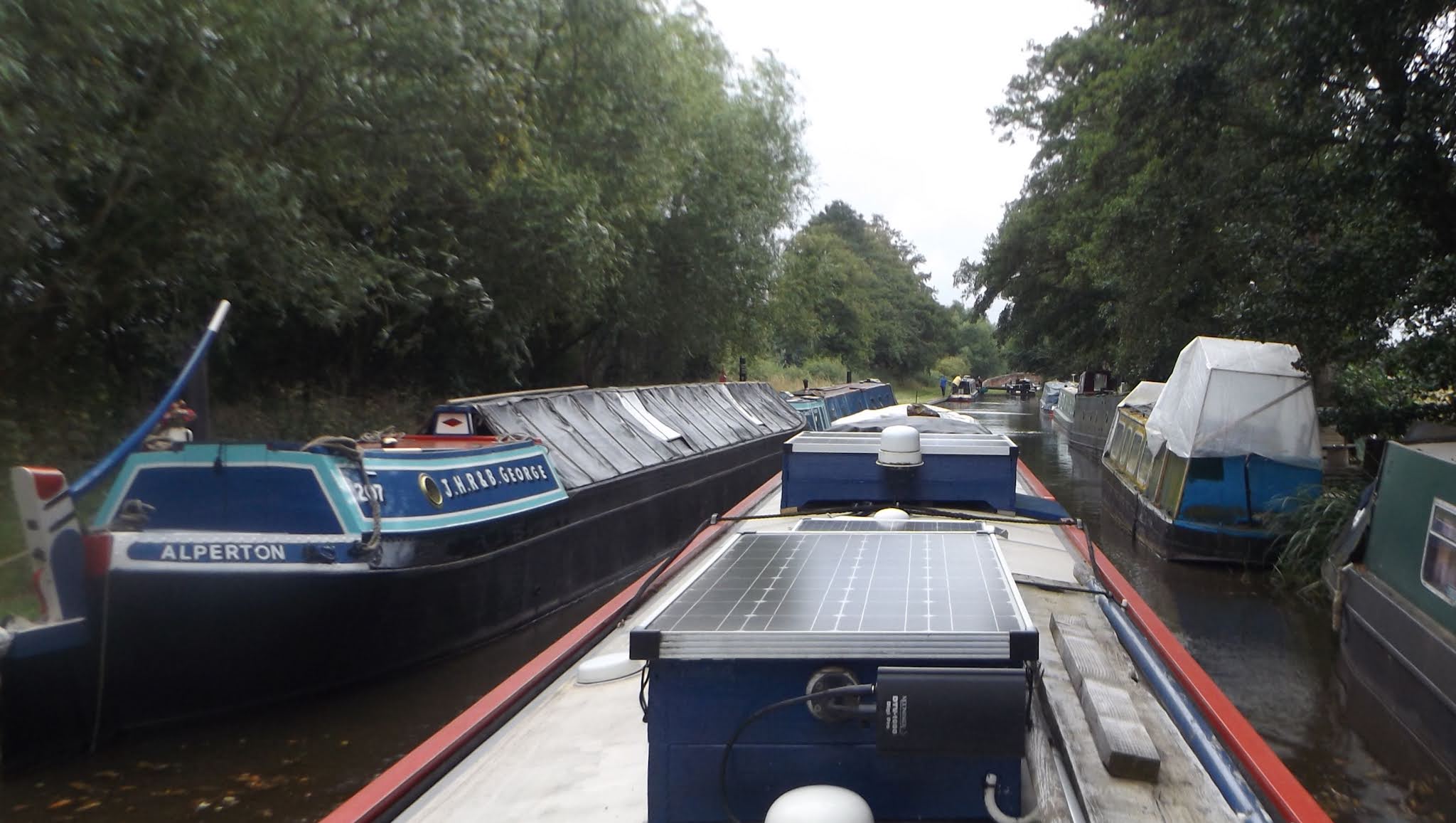 They were heading down Shadehouse Lock this morning while I was out with Amber. 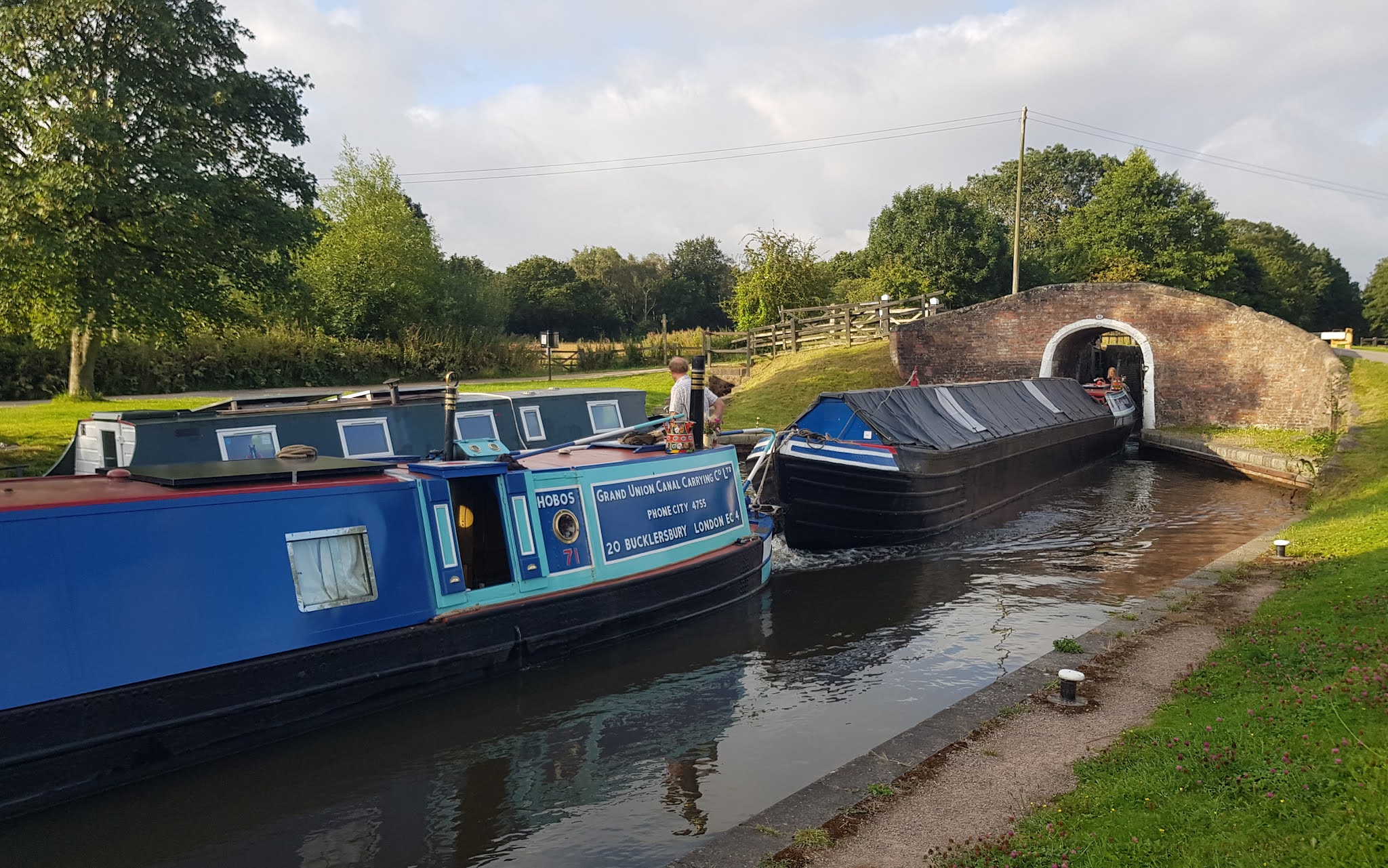 We’re staying put today then making an early-ish start in the morning to try to avoid the queues on Fradley Locks.