Moving on, a pause for shopping at Gnosall and an overnight stop at Little Onn.

After a good walk with Amber this morning we set off from the Norbury Junction moorings at around 09:45 this morning. 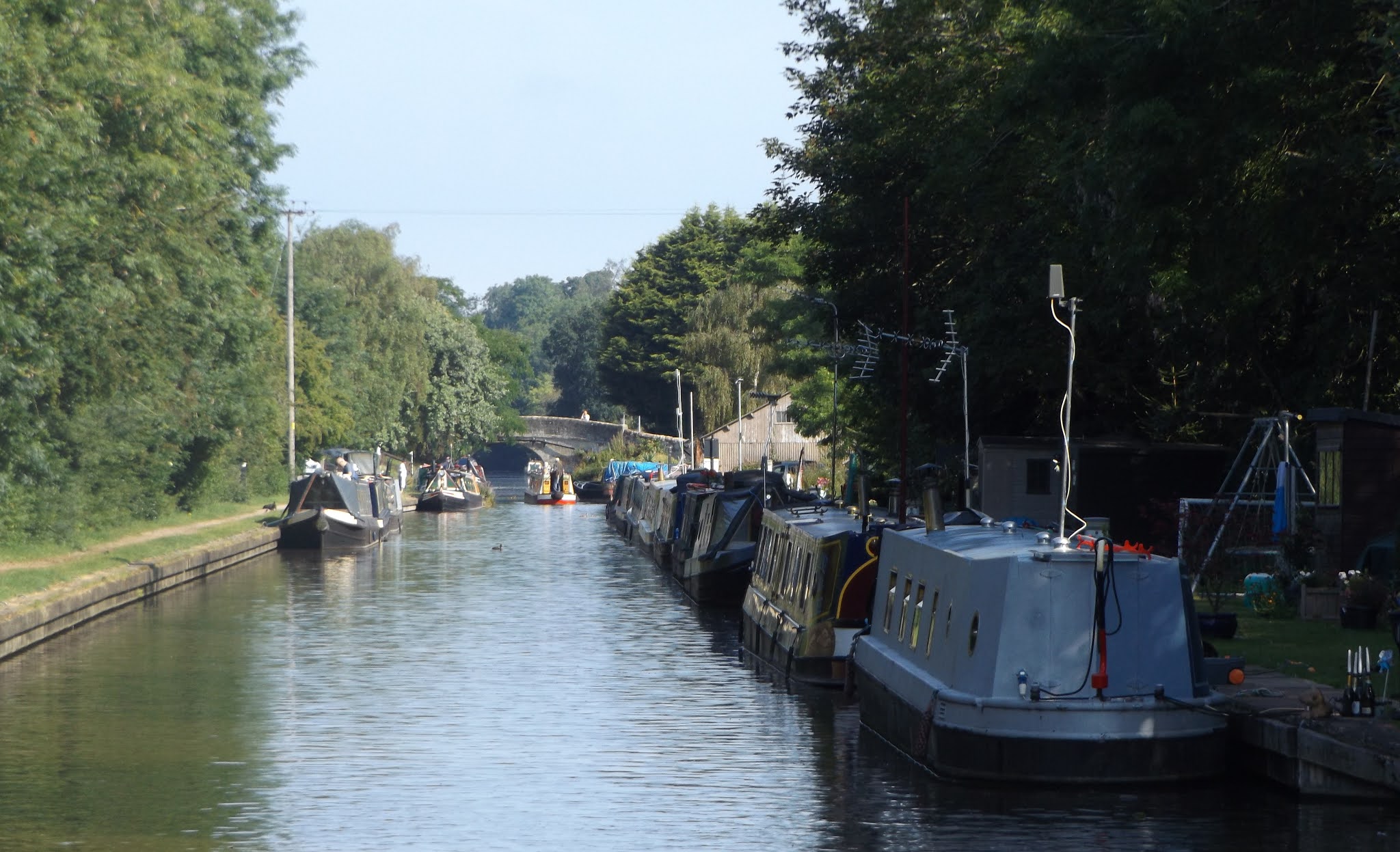 Sheldon is the second of the two high embankments, running for about a mile and standing around 6o feet high. At this time of year it’s difficult to get an idea of the scale of the earthwork, views of the surrounding countryside are severely limited due to the heavily wooded slopes. 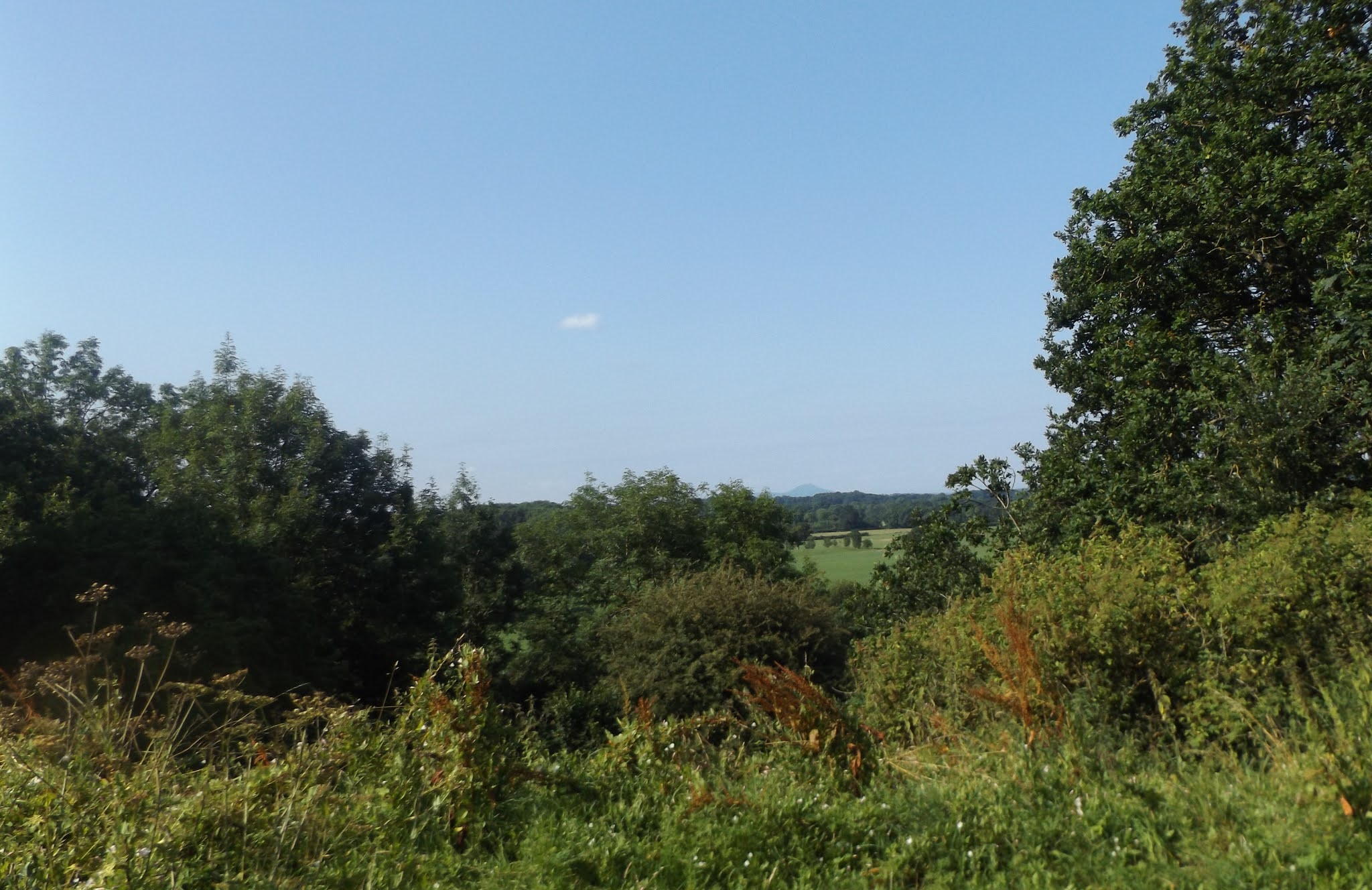 Without the trees though the sides would be unstable and liable to slip. In fact during construction the tall embankments and deep cuttings were a source of endless frustrations, with slippages and landslides a regular occurrence. Sheldon Embankment was the last section to be completed.

The stop-locks at the ends of this one are in better condition than those at Shebdon. 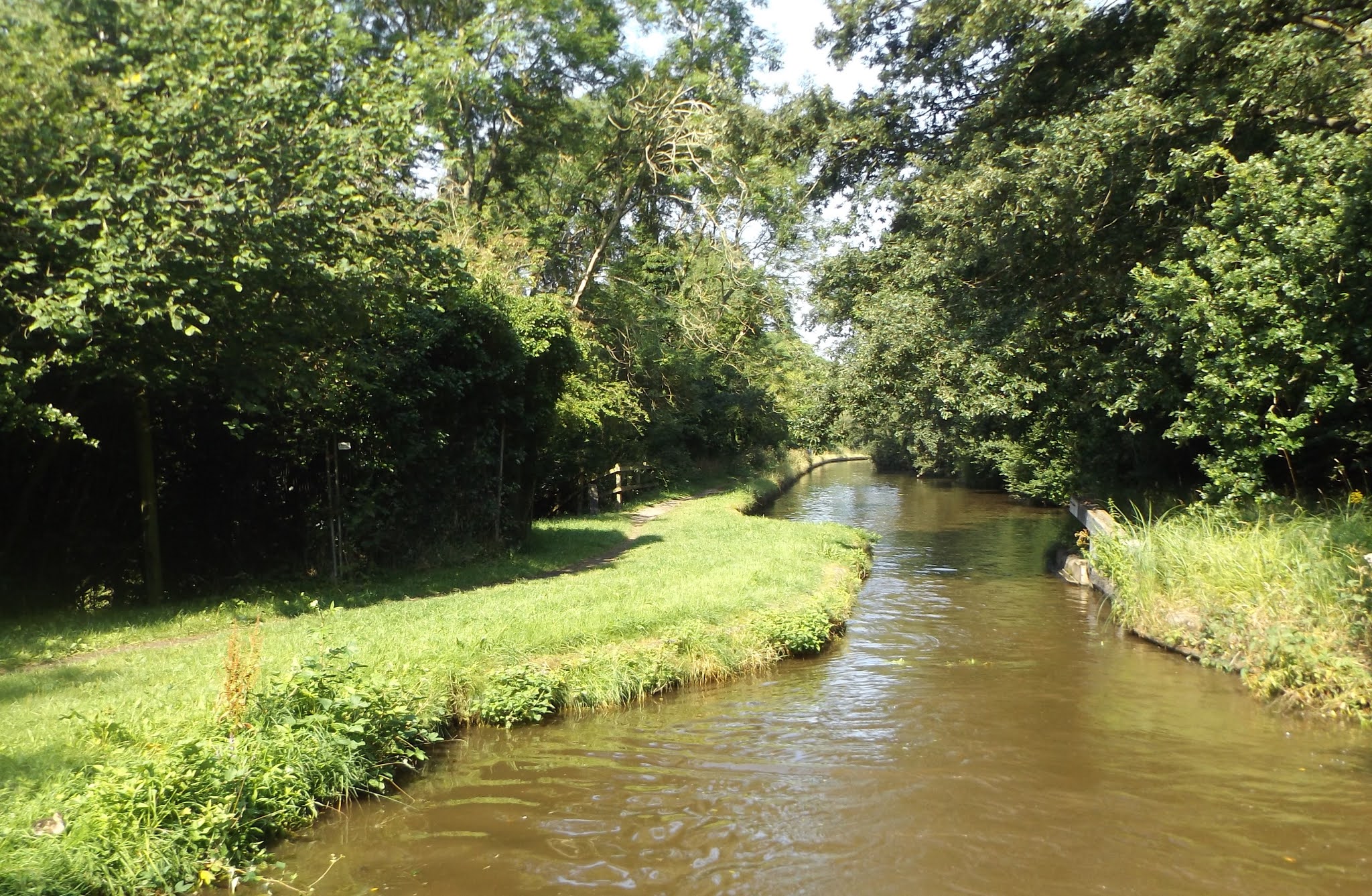 To the left of the picture surrounded by fencing and buried in ivy, is a WWII pill box. With the threat of invasion from across the channel very real after 1940, several lines of defence were put in place across the country, designed to protect the capital and the industrial Midlands. These would never have stopped the enemy advance, they were there to slow them down so that thinly spread defenders could be rushed to vulnerable areas. They would also force the invading forces to expend vital supplies, giving them a logistical nightmare. But air superiority over the channel was a necessity, and the Luftwaffe never achieved that so the invasion never happened. These relics of what might have been can be seen in several places on the navigable canals and rivers, anywhere of potentially strategic importance.

We stopped in Gnosall so I could nip off to the Co-op (I’d forgotten how far it was!), then set off again, away from the village and through Cowley Tunnel. This 81-yard long tunnel was supposed to much longer but the rock through which it was dug got steadily more unstable the further they went, so they supported the roof with dressed stone at the south end and opened up the rest in another deep cutting. 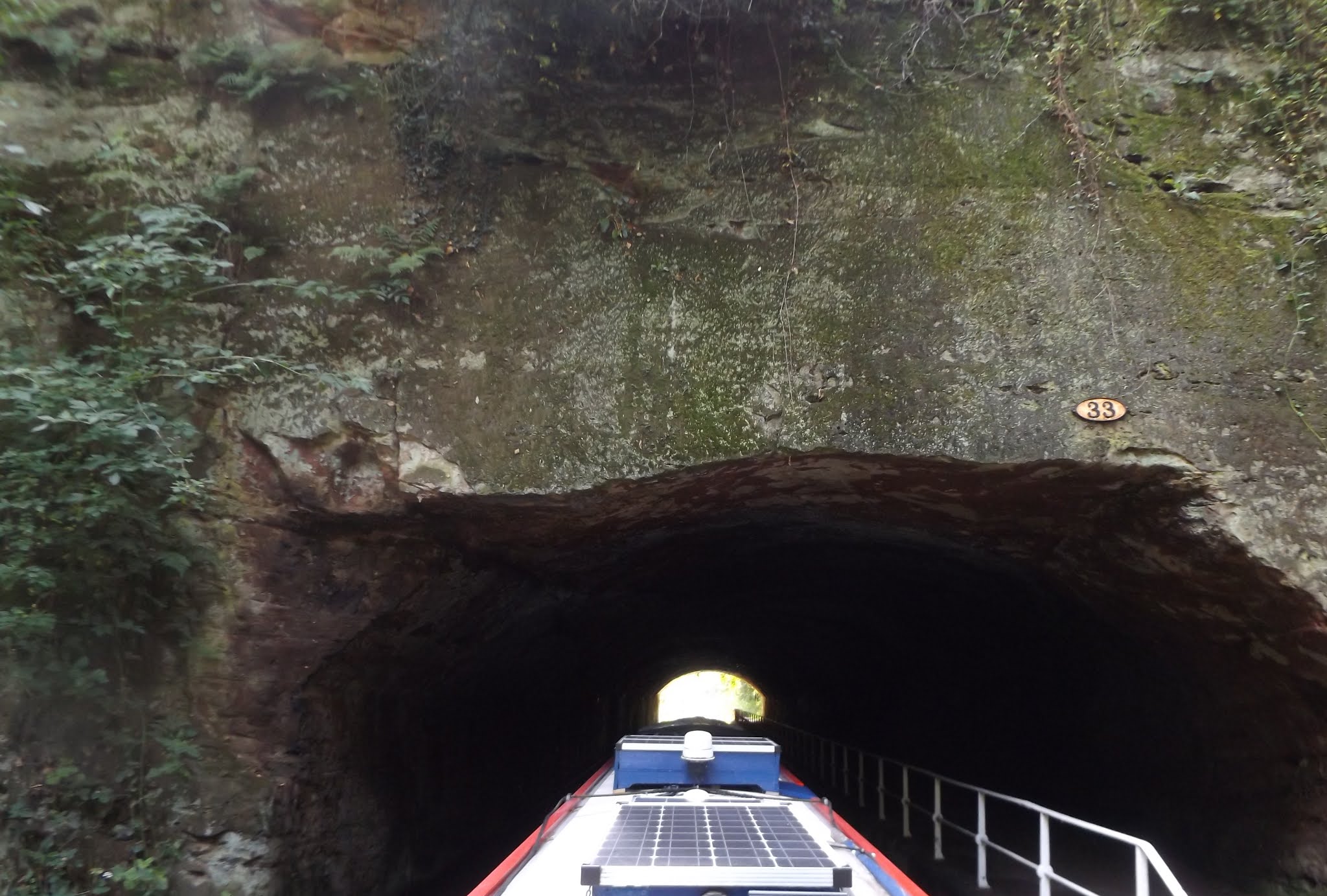 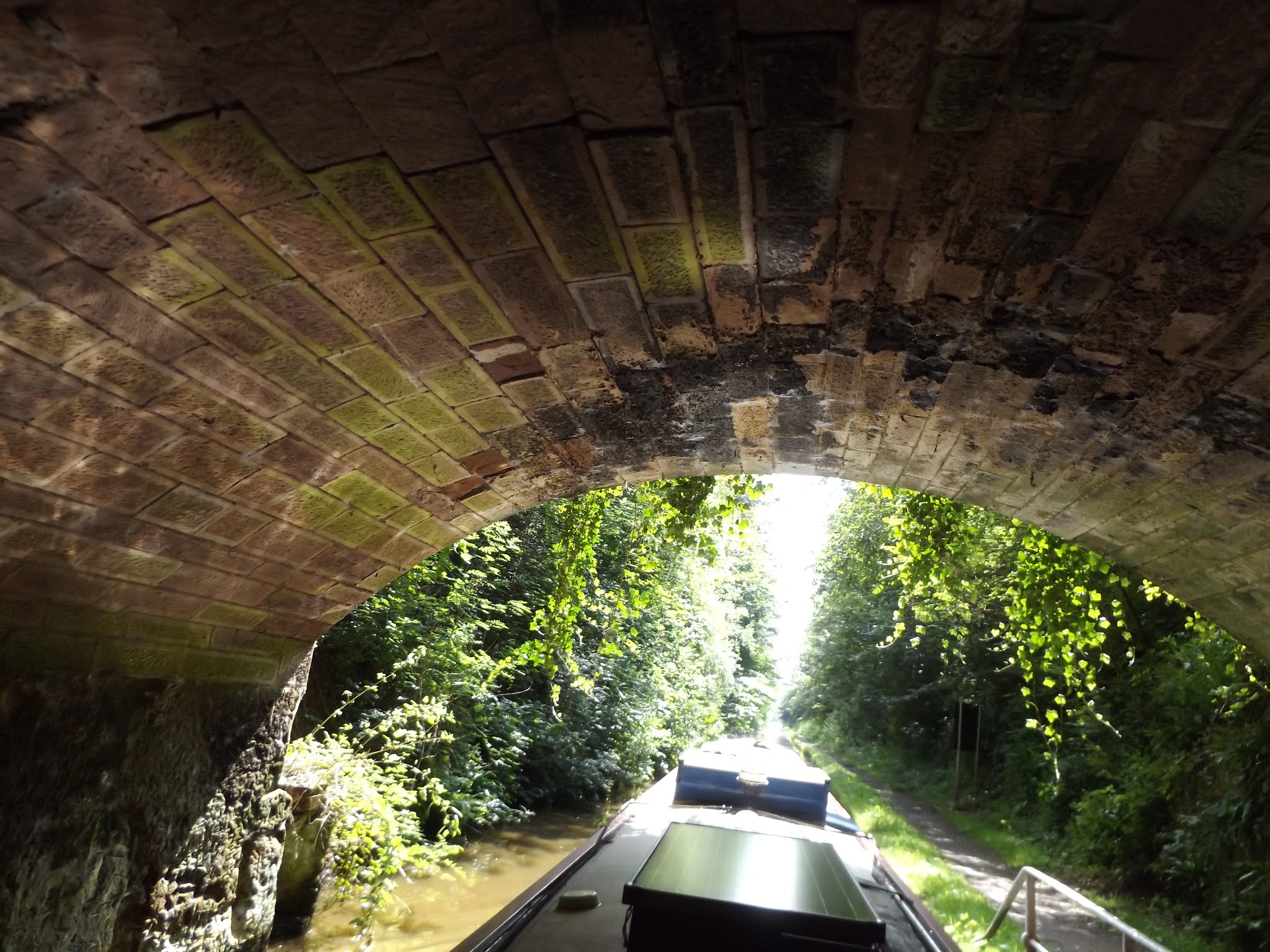 An hour of steady cruising saw us arrive at Little Onn and the pleasant moorings just past Bridge 24. We’re stopping here tonight, on past Wheaton Aston tomorrow.