Heading down the Cheshire Locks

We’ve had a steady couple of days dropping down towards Middlewich, but it’ll be another couple of days before we get there. Yesterday was a fine day, warm sunshine and little wind, but today was a bit overcast with a brisk wind. 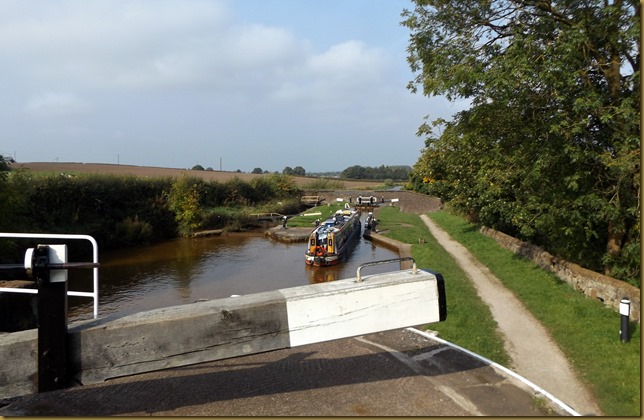 The earlier chambers of both of these locks are now derelict, leaving just the Telford-built 19th century ones in use. 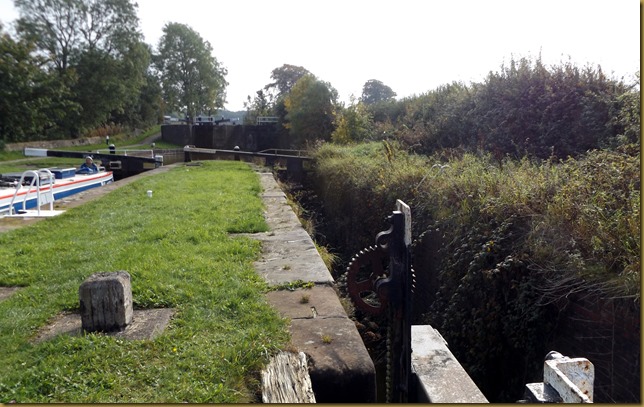 Most of the Cheshire Locks were duplicated in the 1830s to improve traffic flows as the Trent and Mersey got busier. If there’s a tail bridge below the locks it’s easy to tell which chamber is the earlier and which the later. Brindley’s bridge arch was of stone, Telford’s is brick.

Halls Lock, both chambers are still in use and the earliest one is nearer the camera. 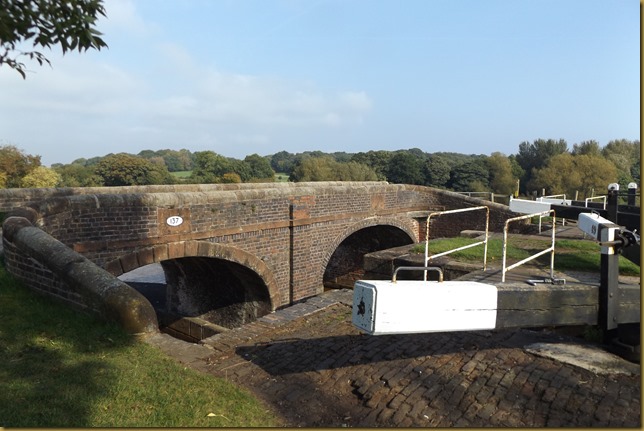 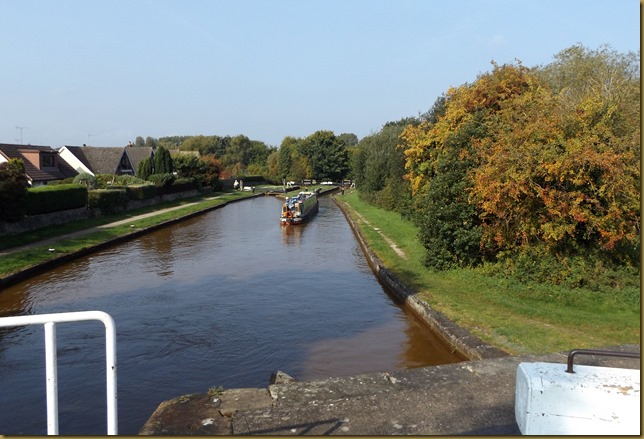 These three locks have had two improvements. An original triple staircase to the north of the current line was replaced by single chambers, which were then duplicated.

I said earlier that we do these locks in small bites, so we pulled in at Rode Heath at around lunchtime. We’d had a good run down with most locks in our favour.

Today we couldn’t hope for the same. Several boats had passed, heading in our direction, before we got going. And a hire boat set off just as I was untying, too.

Thurlwood Top Lock, our first of the day. 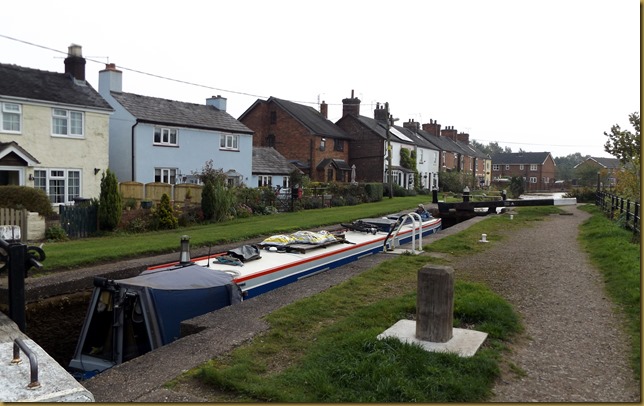 Alongside, the duplicated chamber was the site of the experimental Thurlwood Steel Lock. 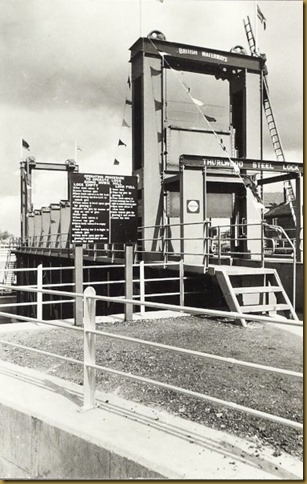 Opened in 1958 this Meccano-like structure was designed to be adjustable to counteract subsidence caused by brine extraction. But it was unreliable and unpopular with boat crews and was dismantled and sold for scrap in the 1980s. Nothing remains now, apart from the construction date cast into the concrete abutments. 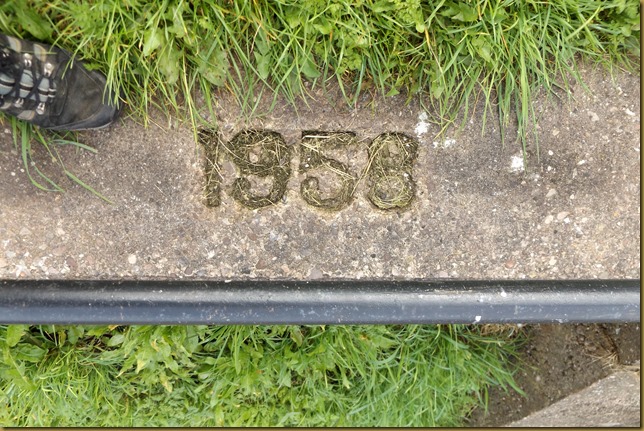 We dropped lucky at Thurlwood Lower Lock with a boat coming up, but it was the only one today. All the rest had to be refilled behind the boat we were following. 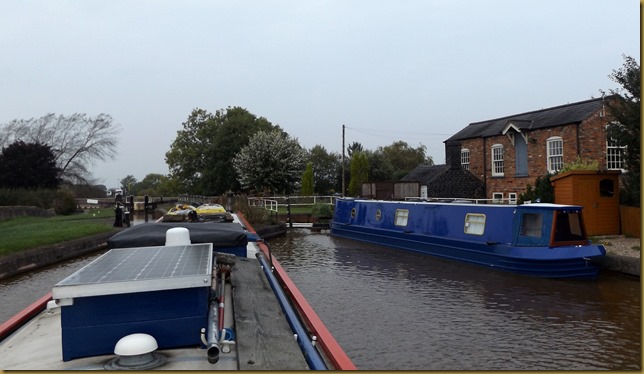 We thought about stopping at Hassall Green, but with the weather holding fine we toddled on a bit further, finally stopping at about 1 o’clock near Malkins Bank.

It’s turned showery this evening, but it should be clear again by morning. Six locks to Wheelock.

Thanks so much to those who’ve donated to Macmillan via my Justgiving page. We’re a third of the way to my £400 target. Anyone else out there??? Come on, you know you want to. Just follow the link.