Another month, another canal.

We spent the last few days just 3 miles from the bottom end of the Shropshire Union Canal, watching the boats go by. I got a few jobs done as well, engine and gearbox oil and filter changes, filled up the stern tube greaser and had a general mooch around in the engine ‘ole, tightening up this and oiling that, like you do.
Meg also had a thorough haircut over three days. It takes a while ‘cause she can’t stand for that long and gets bored.

This morning was a little cooler as we set off, sunny intervals but a brisk breeze, now from the west. 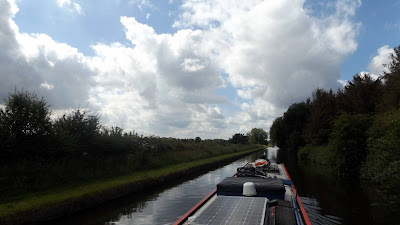 It was an uneventful trip down to Autherley Junction, taking about an hour. 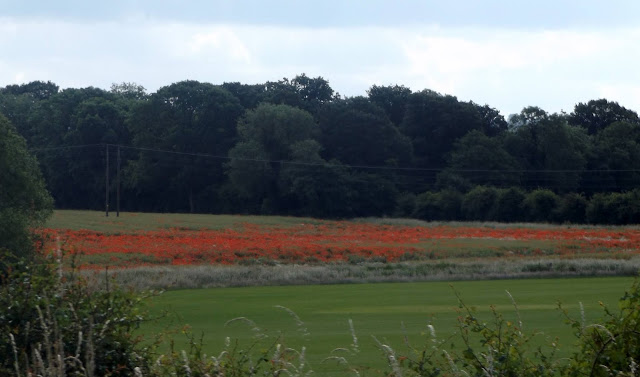 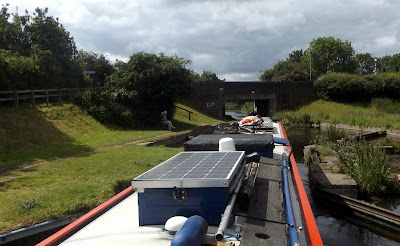 …though I’m not sure how effective they’d be if pressed into service! 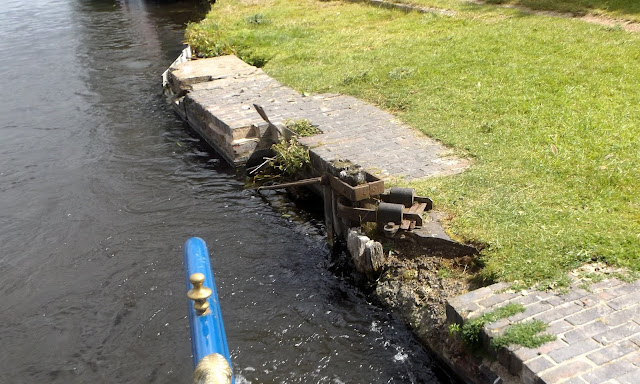 We’d had a quiet trip, not many boats about, till we got to the junction and found them all! 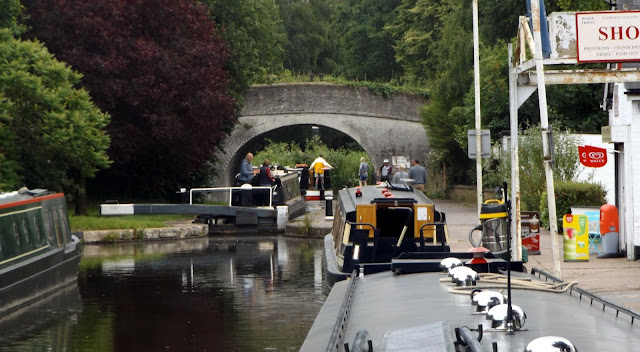 We joined  a short queue to go up the shallow stop lock onto the Staffordshire and Worcestershire Canal, and there were boats waiting both sides of the junction to come onto the Shroppie. All slowed down by a hire boat trying to get turned to the left and finishing up stuck in the bushes on the far side of the canal. He had to get hauled off by a boat that had just left the lock. 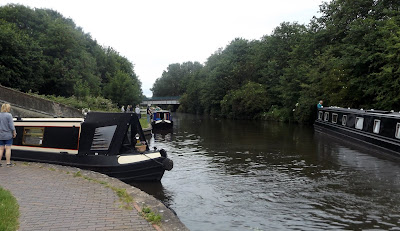 We did get going after a while, and were out onto the Staffs and Worcs heading north-ish again.

Looking back at the junction, the stop lock is just through Junction Bridge. 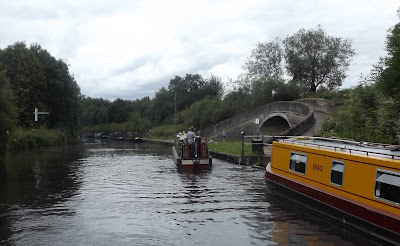 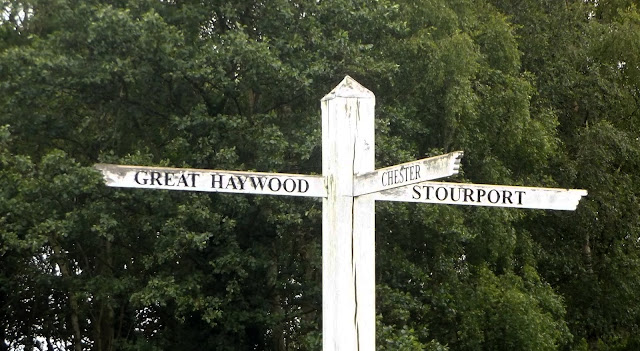 A mile up the canal enters a narrow cutting, only room for one-way traffic. 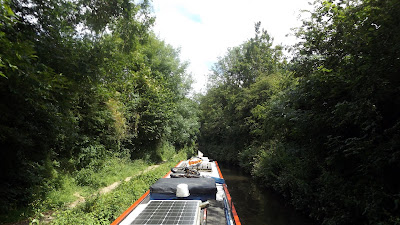 Here the canal engineers encountered a ridge of hard rock. Without blasting powder (it had been used in tin mining in the late 17th century but was not in general use for civil engineering) they took the easy way out and cut a channel just wide enough, with strategically placed passing-places.

The narrow section ends just north of Forster Bridge, the canal opening out to normal width. 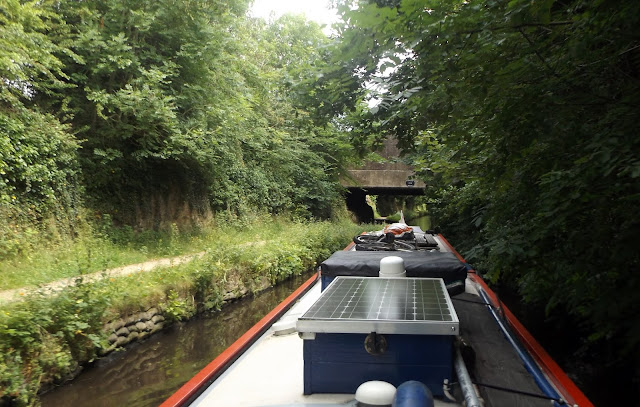 Back under the M54 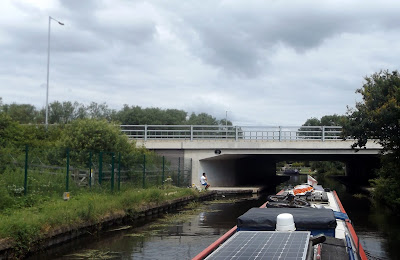 We’d already been under it once as we headed south down the Shroppie.

Having wasted 15 minutes trying to find a deep enough bit of bank near Brinsford Bridge we pushed on to the less pleasant but adequately deep moorings near The Anchor at Cross Green. 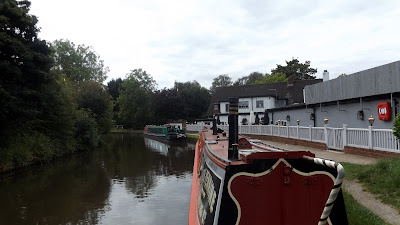