Damp and grey up to Stone, fine and dry back.

The less said about Friday’s trip from Sandon to Stone the better. It rained. I got wet. It dried up later and I dried out, almost.

Leaving Sandon, just a bit drippy at this point but it got worse. A lot worse… 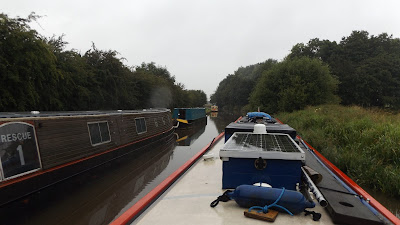 In fact this is the only photo I took all day, the camera stayed firmly in the dry.

We spent yesterday in Stone, shopping to do and I had Mags’ meds and the mail to collect from the Post Office. Later, when the traffic had died down, I motored up to the winding hole, turned around and reversed back to fill the water tank below the lock before mooring again.
George and Carol made the same manoeuvre this morning. 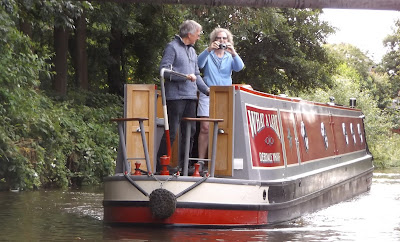 As we were ready to go we pulled pins and set off, at around 09:00. Very early for us. WaL followed on as soon as they’d filled up, arriving at Aston lock as we were leaving it.

Heading out of Stone on a lovely morning. 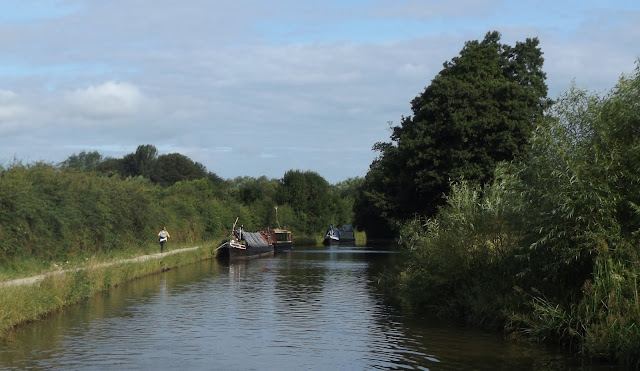 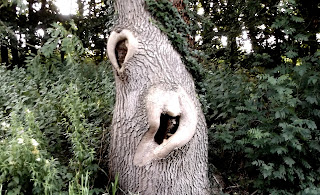 No-one was waiting at Aston Lock, but I had to fill it before we could descend. 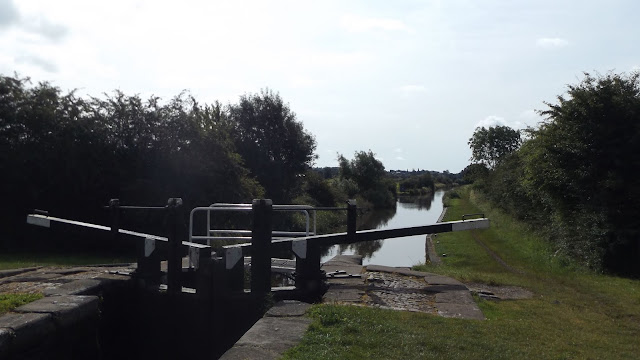 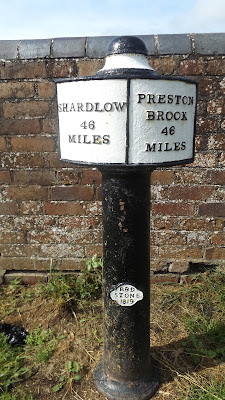 Aston Lock marks the half-way point on the canal, at least in miles. Coming up from the Trent though you’re only a third of the way through the 76 locks on the navigation.

Upper Burston Bridge sits at an awkward angle on a blind bend, so inevitably we had to meet a boat there… 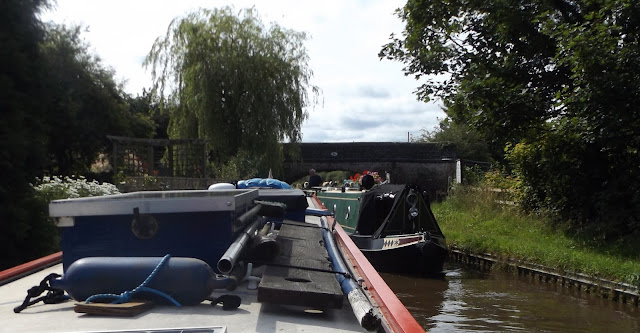 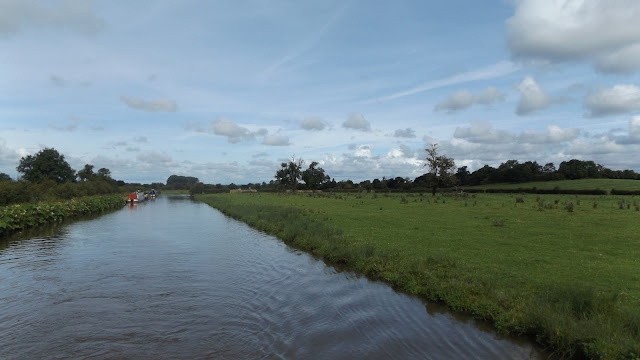 By the time we got to Sandon Lock traffic had started to build up, and there was a short queue waiting to drop down. 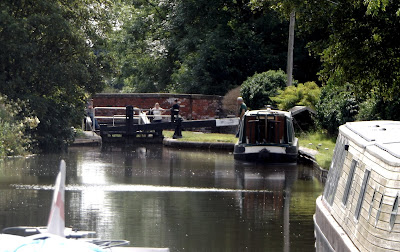 Twenty minutes later we were in the lock, and the line of boats waiting had grown. 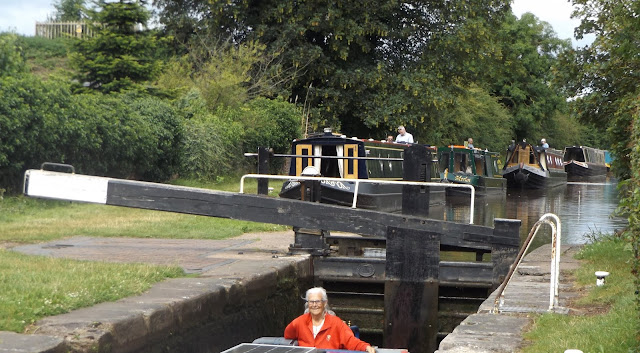 George and Carol had finished up behind two other boats since Aston.

We fetched up at Weston at noon, surprisingly joining just one other boat on these popular moorings, and he left shortly after we arrived. 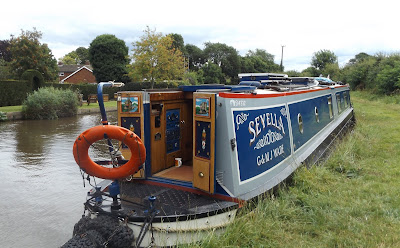 WaL turned up about 40 minutes later. We’re heading to Great Haywood tomorrow, turning right to spend the night on Tixall Wide. That’ll be the last night we have with George and Carol. We’ll be returning to the T&M heading east, WaL is heading down the Staffs and Worcs and onto the Shroppie.