Back up the valley

Over the last couple of days we’ve headed slowly back up to Great Haywood. It’s a bit cooler but still fine, with showers generally being civilised and confining themselves to out of cruising hours. 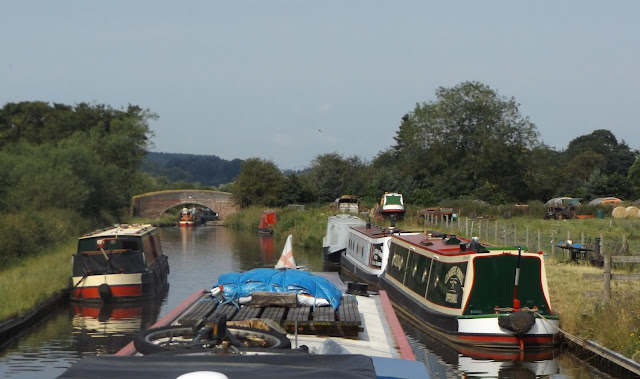 We’d got off at around half-nine, hoping to beat the Rugeley exodus to Colwich Lock, and it worked out tolerably well, with only one boat ahead of us waiting to go up. 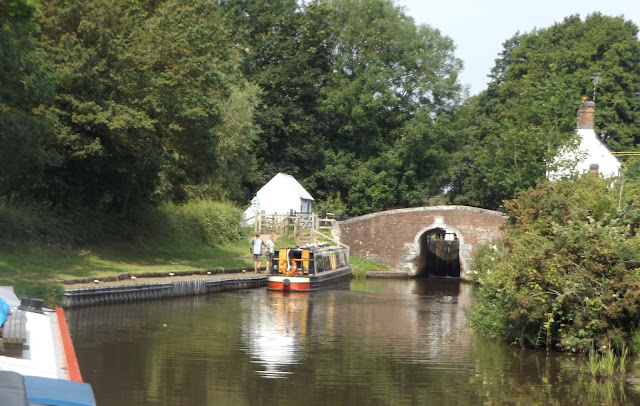 There were boats on the way down too, having left Great Haywood. 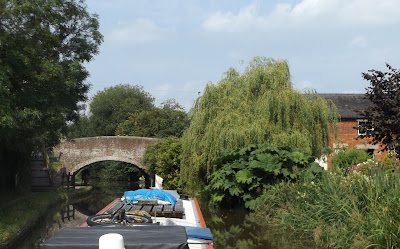 We pulled in for the rest of the day opposite Shugborough Hall, rather than going up to the main moorings.

Shugborough Hall over the fields 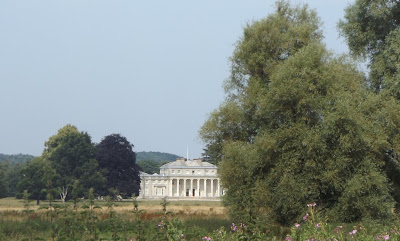 We had some heavy showers later in the afternoon and they came and went overnight, but it had dried up by the time we set off yesterday. We didn’t intend to go far, but we needed to fill the water tank and get rid of refuse so we moved up to Haywood Lock, once again timing it well with just having to wait for one up and one down. 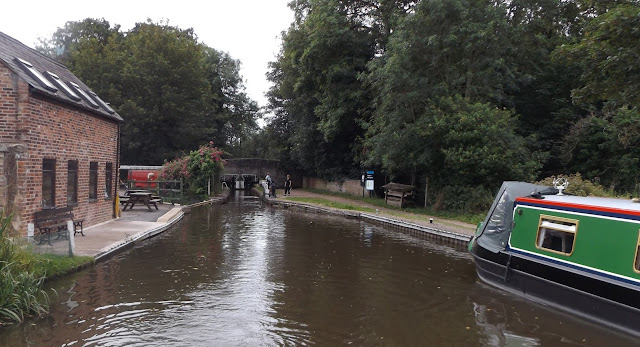 Then we cruised past the surprisingly quiet Great Haywood moorings, and got slotted in on the end of the service wharf.

At noon we were tied up through the bridge opposite the Canalside Cafe attached to the farm shop. 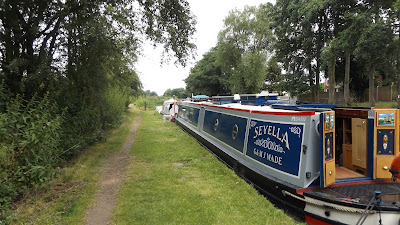 We had lunch then decided to shove on a bit, people sitting on the cafe’s terrace seemed to be very interested in staring through our windows, and pulled in again just shy of Great Haywood Marina’s entrance. Another wet late afternoon and showers overnight have left the air fresher again, but it’s a pleasant morning. We’re waiting for a phone call now before we move on up towards Stone…

Lovely post Geoff! Great to see Seyella and the Rockers cruising together again. Good too to see Molly enjoying a snooze on the summer grass.

Hugs all 'round and an extra one from me to Mags.