Further up the valley – in company!

We were joined this morning by George and Carol, normally of Still Rockin’ but the temporary custodians of Dave and Lisa’s What A Lark. 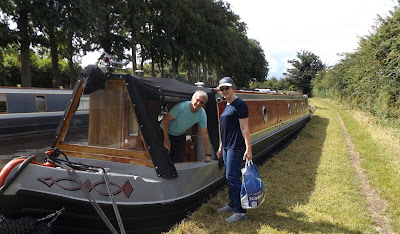 They’ve done a boat swap for the next couple of weeks, Dave and Lisa will be zooming up and down the Thames on SR, while George and Carol are looking forward to a more sedate time on the narrow canals.

WAL was in Great Haywood Marina when they picked her up yesterday, so today they motored out onto the canal and pulled in behind us for a brew and a chat before we all set off.

It was well after 11:00 by the time we got going but at least we avoided the queue of boats leaving Great Haywood and arriving at Hoo Mill Lock in convoy. 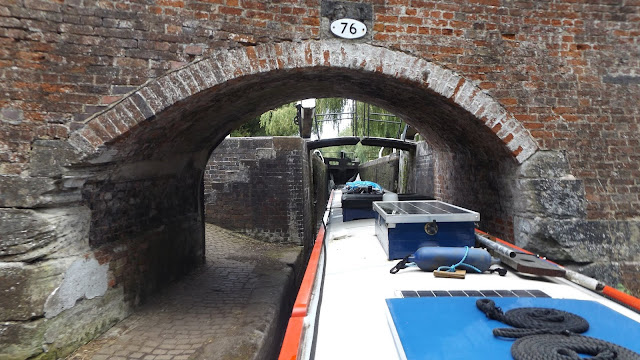 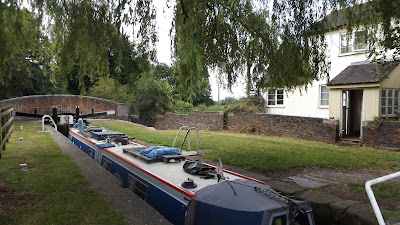 Out of the lock and cruising slowly past the moorings above, we spotted a familiar boat heading our way. It was Dave and Barbara on Liberty Bell, returning to Burton after a trip around the Cheshire Ring. 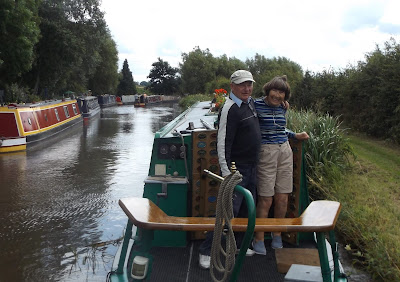 A ten minute pause was called for as we caught up with the news, then we parted company with the promise to try and meet up again in September.

The next lock is the pretty one just south of Weston, spoiled a little by having steel gates rather than the original wooden ones. But they do last a bit longer… 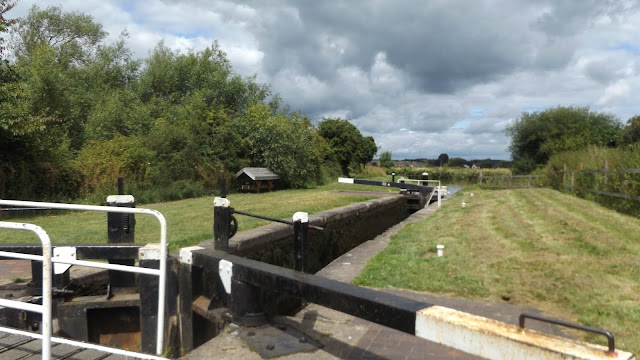 I think these date from the 1970s. The life expectancy of wooden gates is around 20 years.

The moorings in the village were surprisingly empty, in fact there hasn’t been the boats about that I expected today.

Mum looking after the youngsters… 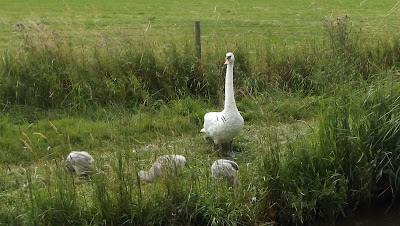 …while Dad makes sure that they’re not disturbed, even by large, noisy steel things! 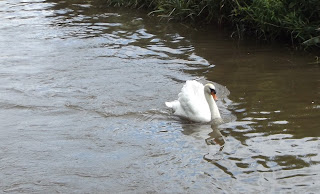 There’s a three mile pound from Weston to the next lock at Sandon, but it is very attractive, apart from the section near Salt where the railway runs close alongside. 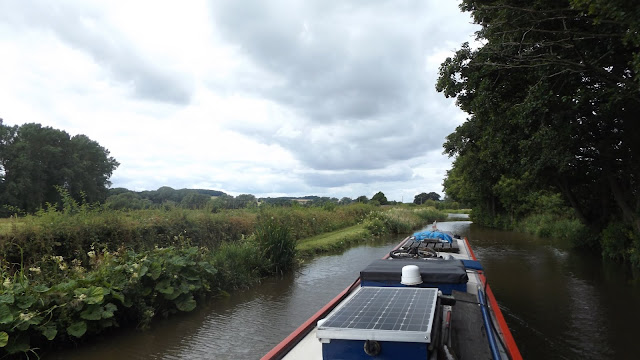 We dropped lucky at Sandon, with a boat just leaving the lock and another waiting above. 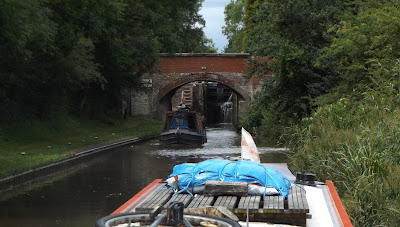 My tummy was grumbling a bit by now, so, instead of pushing on as planned to moor near Burston, we pulled in above the lock. The Rockers, (or should that be surrogate Larks?) pulled in behind us and joined us for tea and cake. 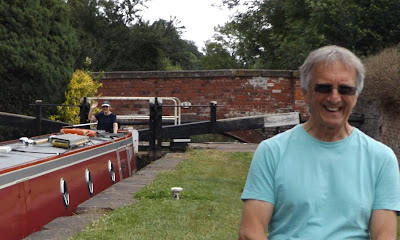 Meg has had enough, fast asleep in the cool of the long grass. 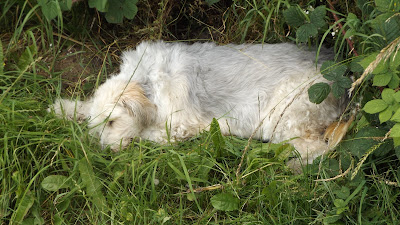 Tomorrow we’ll head up to Stone. Might be a little damp, though.

I'd just like to point out Geoff that David and I are CREEPING along at such a slow pace that small children could run faster. We shall be tucked nicely up tomorrow in the rain and look forward to reading about you getting wet.

Just like old times with George and Carol how nice.
I’ll have to look at Carols blog now, haven’t really bothered since the e been Thames bound!
Cheers

Lisa, Dave. I guess wheel steering on a wide beam where you can't see over the roof takes some getting used to! C and G are having fun, George has to prise Carol off the tiller to have a go himself!
Hi Ade. Yes it has been fun. But we've parted company again now... :-(