On a bit before the rain came…

We got the Tesco delivery last evening, but it was too late to move by the time everything was away so we just pushed back across the canal and tied up again.

The day started fine and bright, but by the time we’d got going this morning clouds had started to roll in and the breeze had picked up a bit.

Heading past the long line of permanent moorings at Hawksyard Priory

There are a lot of spaces along here now. It doesn’t seem to be as popular a mooring as it once was.

At the end of the moorings is Armitage Tunnel, or at least it was originally a tunnel. In 1971 the roof was removed because of subsidence of the sandstone through which it passes, leaving just a narrow cutting. It’s a good idea to check ahead to see if anything is coming before starting through. 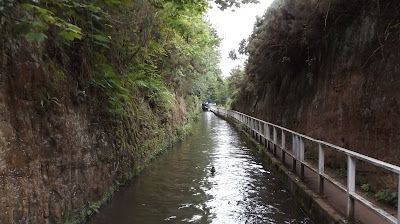 The busy A513 crosses the cutting, and since it was widened, has almost returned it to being a tunnel, albeit quite a bit shorter. 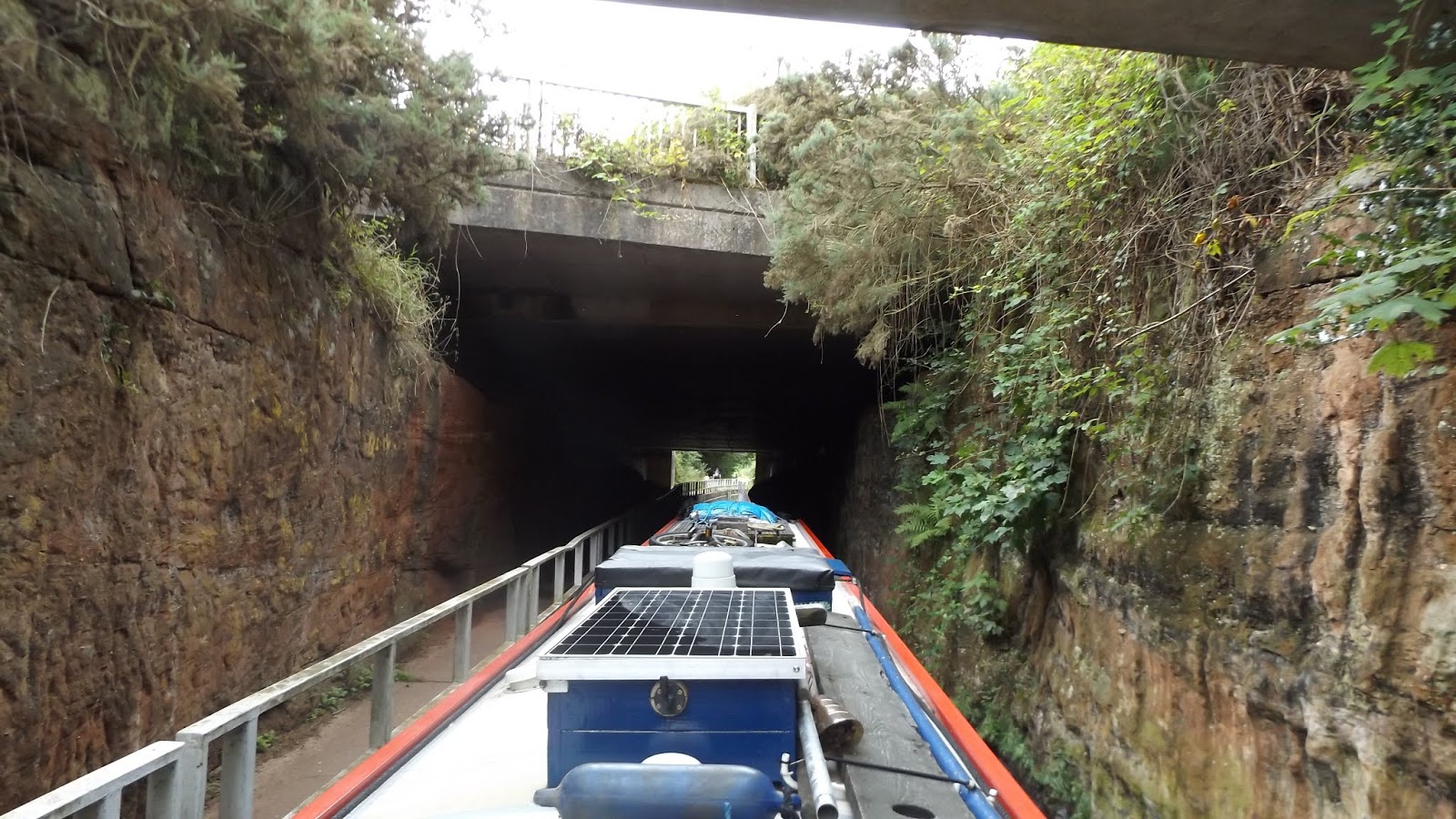 There are another couple of awkward sections a little further on, a blind bend under Bridge 60 below… 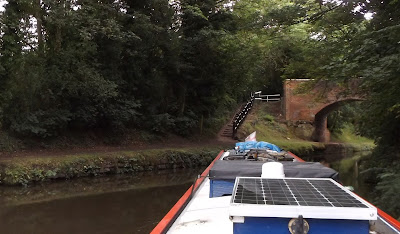 …and a narrow bit just before Bridge 59.

We pulled in a little further on, just before the rain started. Not sure whether we’ll move tomorrow or not. 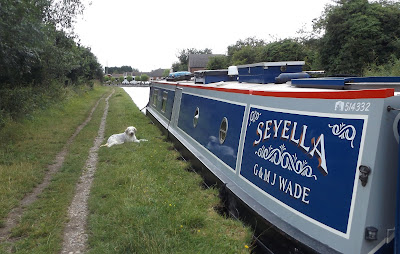