Out in the country…

After a quiet night at Wheaton Aston we untied and moved up to the water point at around half-nine, a quarter to ten. Not a fast tap, this, and it was twenty-past ten when we headed for Wheaton Aston Lock, the last “proper” lock on the Shroppie. There’s the shallow stop lock to negotiate at Autherley Junction, but at just 4” it hardly counts. 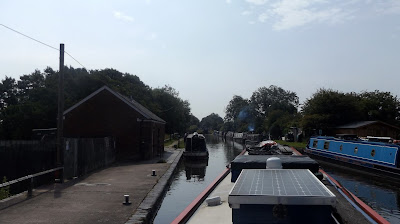 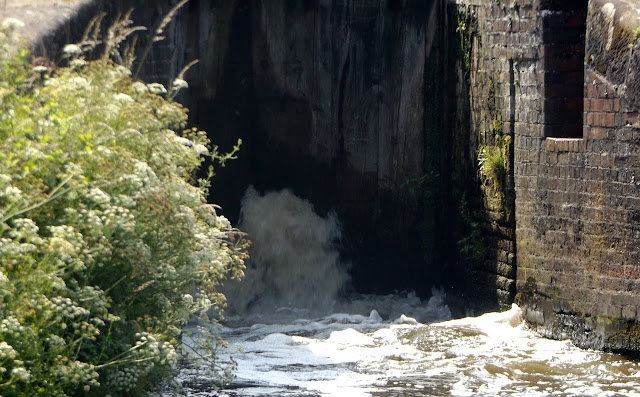 …but we were on our way 20 minutes later. 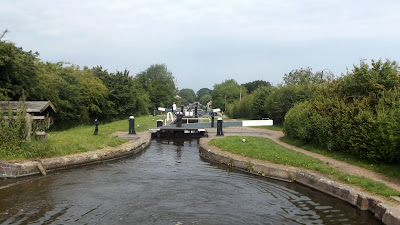 After the lock the canal runs through Lapley Wood, atmospheric with sunbeams lancing down through the canopy and birdsong filling the air. 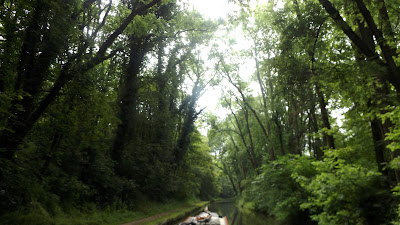 The woods flank the navigation for quite some time, then suddenly fall back as it approaches Stretton Aqueduct crossing the busy A5. 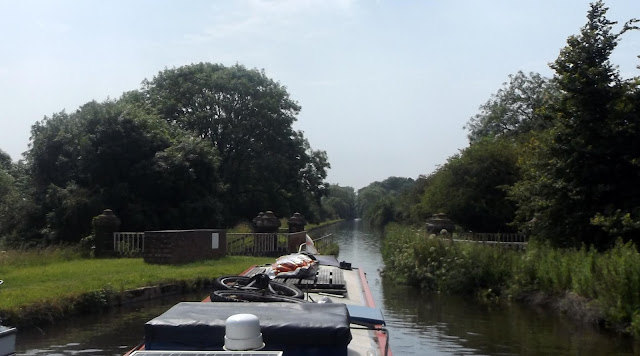 I wonder how many people, buzzing to and from Wales in their little tin boxes, realise that there’s a canal passing overhead? 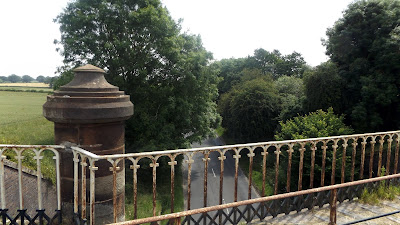 I used to drive this road regularly, and I didn’t!

There’s a long elevated straight from here into the next village, Brewood (“Brood”). At the end is the base for Countrywide Cruisers hire boats, then some permanent moorings in the cutting before Brewood Bridge.

The “moss boat” is still here, an old Springer that looks as though it’s been here for years! 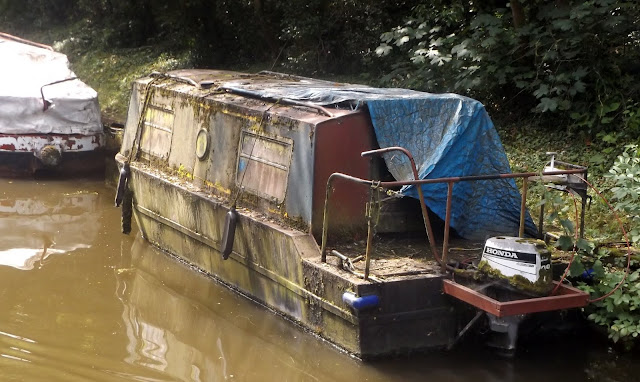 Brewood itself is a lovely village to have a potter around, but the moorings are a bit grim, stuck as they are in the cutting below the village. Still busy, though. 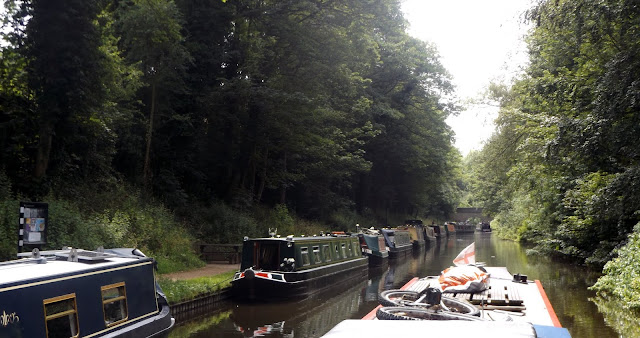 We had no need to stop as I picked up essentials from the Spar shop tucked behind the church in Wheaton Aston, back out into daylight with a good view of the splendid spire of St. Mary’s. 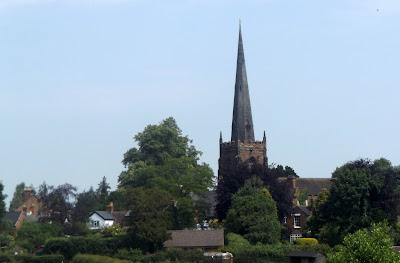 The church is large for a small village, but was financed by the local wealthy landowners, the Giffards of Chillington Hall.


The canal was built across part of the Giffard’s estate, and the bridge carrying the carriage road to the hall from Coven was stipulated to be broad and decorated. 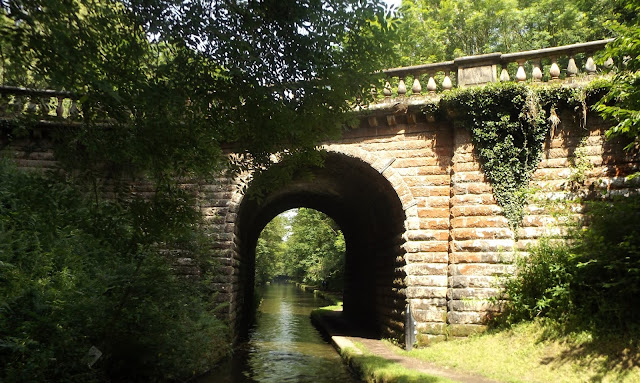 Not much further on we pulled in on the pleasant, open moorings between Bridges 8 and 7. 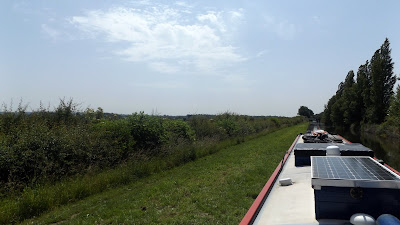 It was half-twelve and we were all glad to get in out of the sun. We spent the afternoon trying to keep cool, with every door and window open. Later in the afternoon the wind picked up, so it was a lot more comfortable.