We stayed below Adderley Locks until yesterday morning. I know, we’d planned on heading to Market Drayton last Sunday, but instead I washed and polished the left side of the boat. Then the weather turned…

So it was under cloudy but dry skies that we set off, only a few hundred yards to the bottom of the Adderley Locks. We had to turn the first one as we were following a boat up, but after that we met downhill traffic at each lock, making it an easy run up. 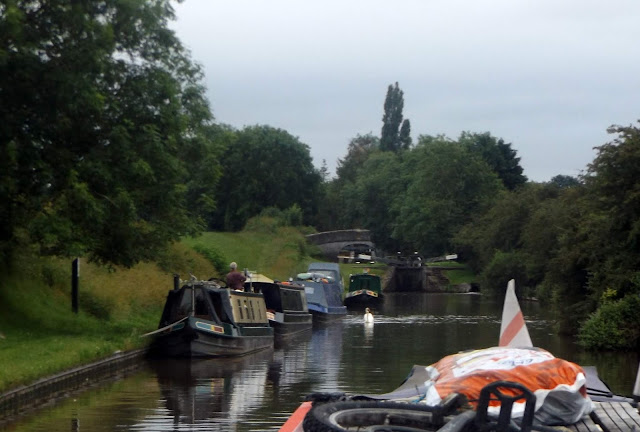 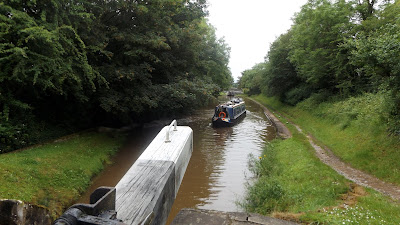 …and out of the top. 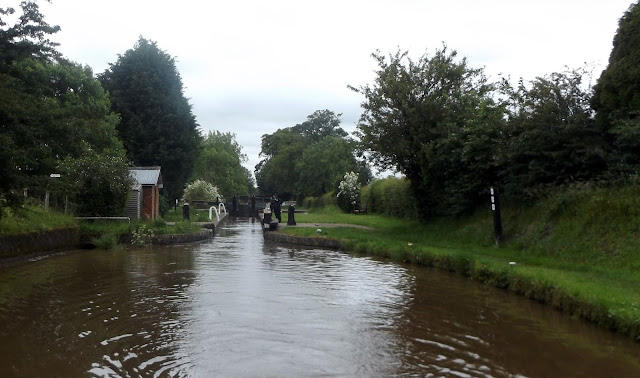 We went in the bottom lock at around 10:10, and left the top one at 10:50. Can’t complain about that!
After the locks we had about an hour to cruise before getting to Market Drayton.

Bridge 67 is a turnover bridge which carries the towpath from the east side of the canal to the west. 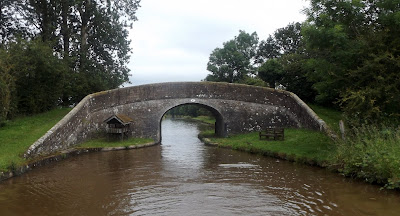 These bridges are specifically designed to allow boat horses to cross over without having to drop the tow-line. Not as attractive as the Macclesfield Canal snake bridges that do the same job further north, but effective. 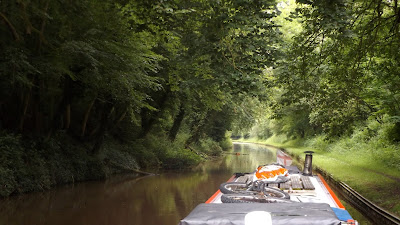 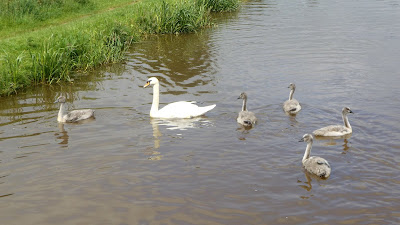 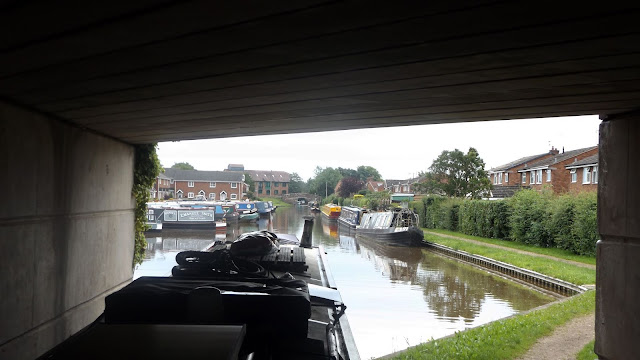 We pulled in just past Bridge 63 for water, having to queue for half an hour before one of the two taps became available. Then another half hour while the tank filled. 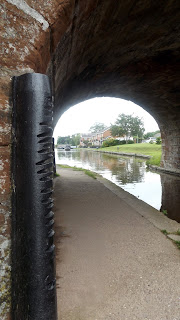 We started looking for a space on the main moorings after Newcastle Road Bridge, but we finished up past the River Tern aqueduct before we could get in, sat on the muddy bottom. 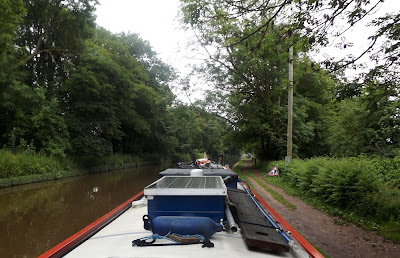 A bit of a trek up to the town from here, but I made one trip last night and another before we left this morning, to top up the cupboards.

Just up the canal from where we’d moored a CRT team was repairing a minor leak in the bank in the time-honoured tradition – shoveling puddle clay in the ‘ole and stamping it down with big boots! 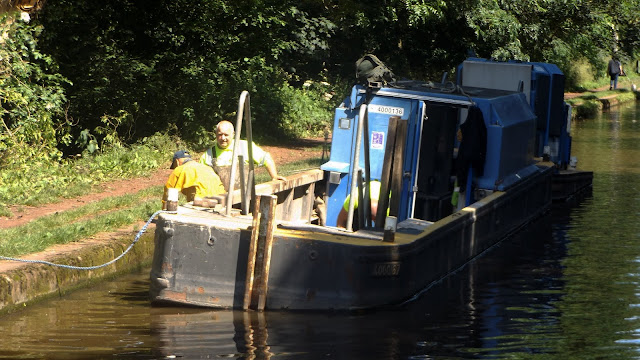 The bottom end of the Tyrley Lock flight is reached through an oppressive rock cutting with damp, vegetation-dripping walls and a soggy towpath. 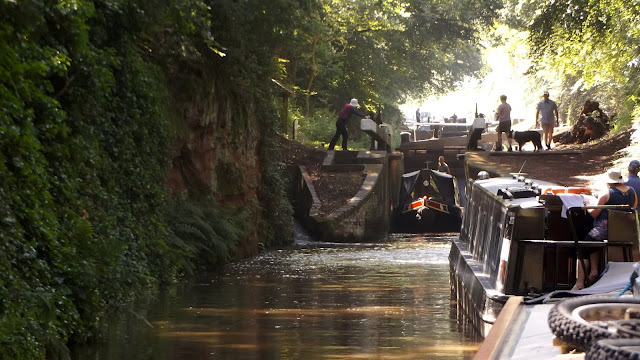 We had to wait for a boat to go up ahead and another to come down. The lady lockie on duty was very efficient, though.

At Lock 3 the canal rises out of the cutting between fields, a pleasant contrast. 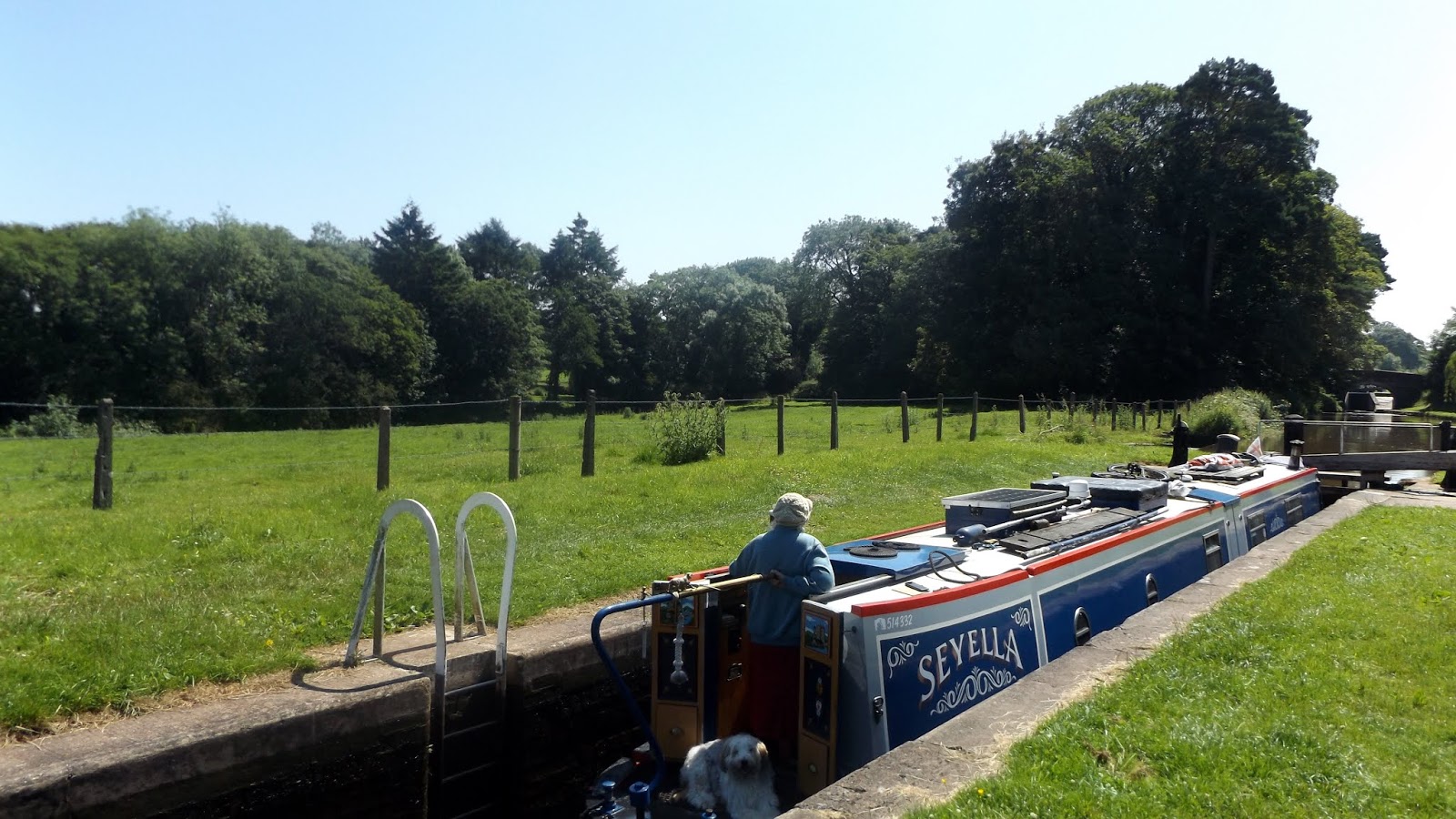 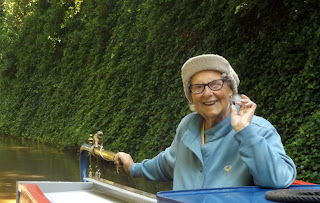 We had to turn the final two locks, with no-one coming down, but still made it out of the top in good time.

Tyrley Top Lock, with a coach-load of gongoozlers waiting to ambush the next boat up… 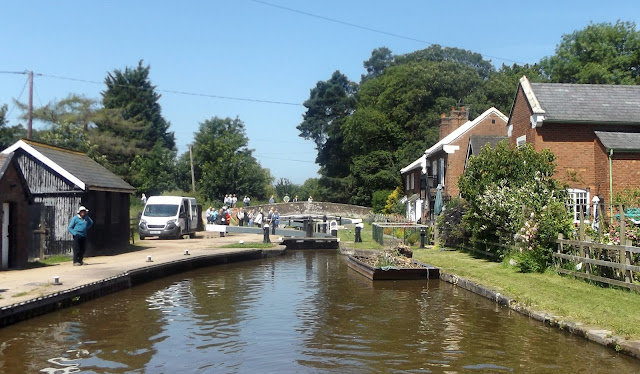 Woodseaves Cutting follows the locks, cut through solid rock and about 60 feet deep at it’s deepest part. It’s also the longer of the two large cuttings on the Shroppie, beating Grub Street by only a few yards. 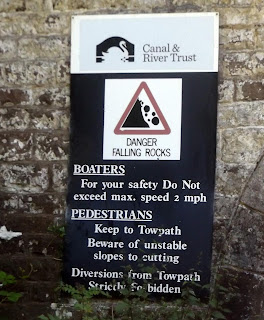 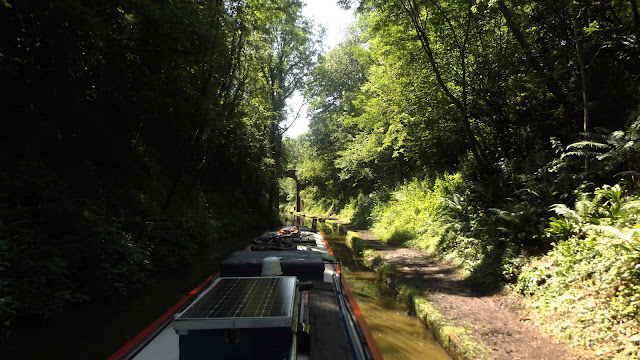 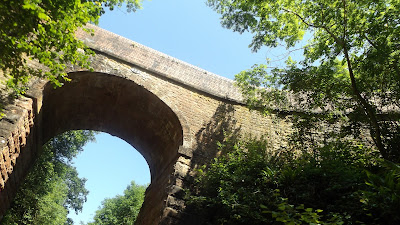 We didn’t meet any oncoming boats until near the southern end, where the channel runs between vertical hand-cut walls of rock. 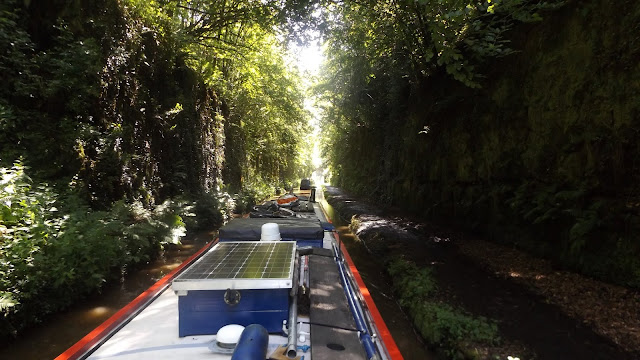 Back out into the sunshine and the canal soon passes Goldstone Wharf, with a pub, good moorings a water point and winding hole it’s a popular stop. 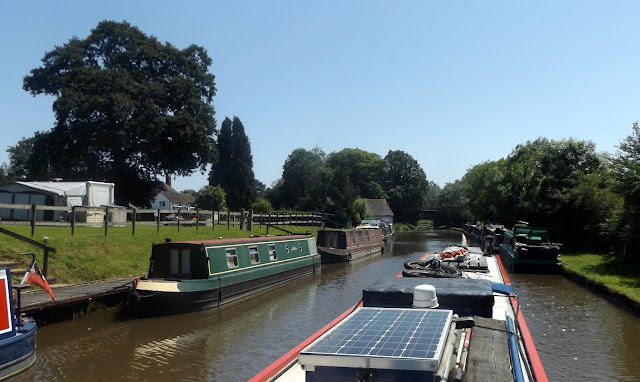 We spent the night here with Val and John, on a hire boat out of Middlewich, when we did the Four Counties Ring way back in the Dark Ages. I remember I had a drop too much to drink on that occasion…

It’s a remote stretch of canal, this, passing through rolling farmland. Chugging past the long lines of moorings near Soudley give you plenty of time to enjoy the scenery on a day like today. 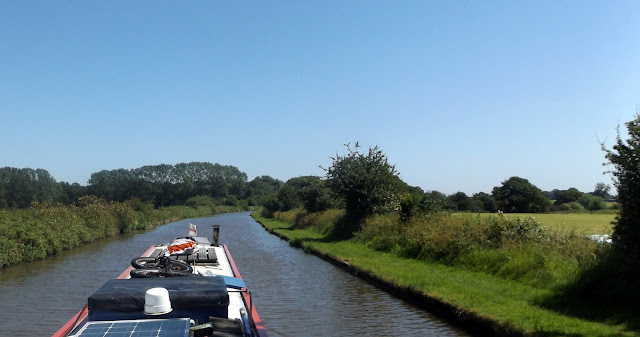 The Knighton milk factory used to be a major part of Cadbury’s operation, producing chocolate crumb for shipping to Bournville. 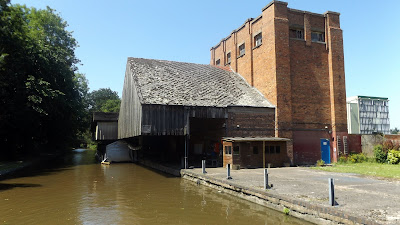 Opened in 1911 by Cadbury’s, it’s since produced a variety of products for the company, including Angel Delight and Smash instant potato (remember those?). It’s core business is the production of spray-dried milk powder. The last boat, carrying chocolate crumb to Bournville, left from under that loading canopy in 1961.

Immediately after the factory the canal crosses the mile-long Shebdon Embankment, at it’s highest point forty or fifty feet above the valley it crosses. 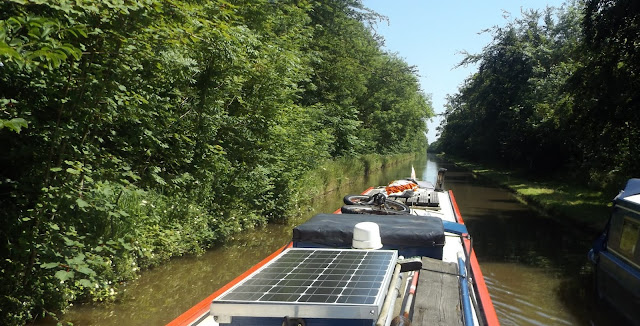 You’ve got to admire the sheer determination of those 19th century guys, armed with picks, shovels and wheelbarrows, shifting millions of tons of earth from Woodseaves Cutting and piling it into a big heap here.

We pulled in at the far end of the embankment, there’re good moorings here.

Tomorrow we’ll toddle on, probably getting to Wheaton Aston. I’ve said that before, though…

Say hello to Percy - just across the canal from you !