Down the locks and onto the main line.

Yesterday we left it late to cast off; the day was steadily improving and it was 11 before we decided it was good enough. We had a fine, sunny trip down through Baddiley and Swanley Locks, but it was a little tedious at times… 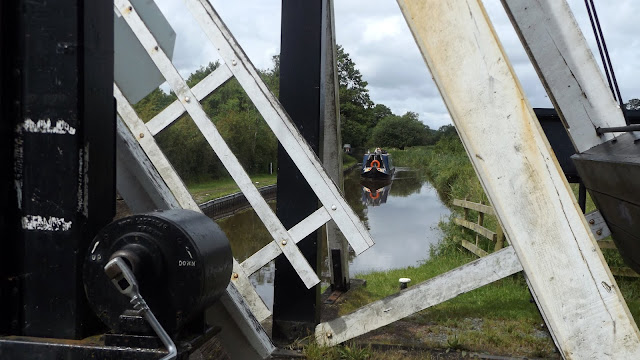 It was all going swimmingly up to and through Baddiley Top Lock. We knew that there was a boat ahead of us and that we’d have to refill the locks. After all, with the stoppage above Wrenbury we didn’t expect to see any boats coming up. But at the middle of the flight of three we caught up to the end of a short queue. 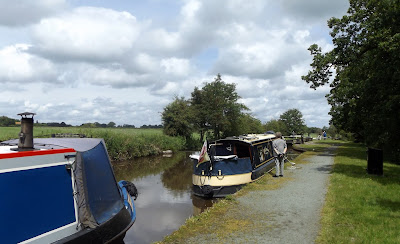 Ahead of the boat preceding us were two boats with elderly crews, helping each other down the locks and therefore taking a lot longer than normal. Still, the weather was pleasant and we were in no hurry. 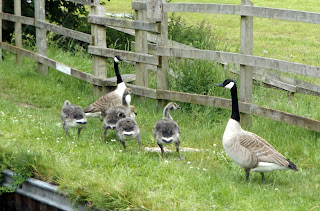 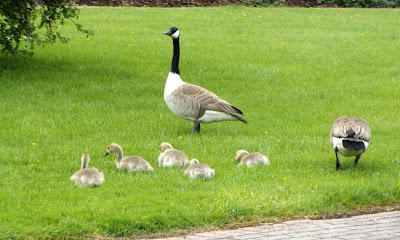 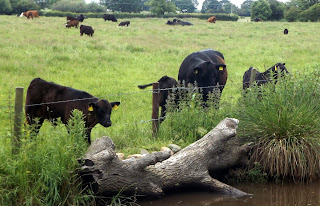 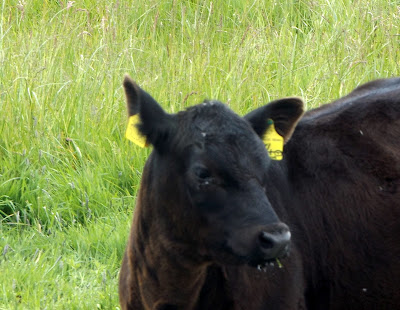 A pair of earrings to make Bet Lynch jealous! 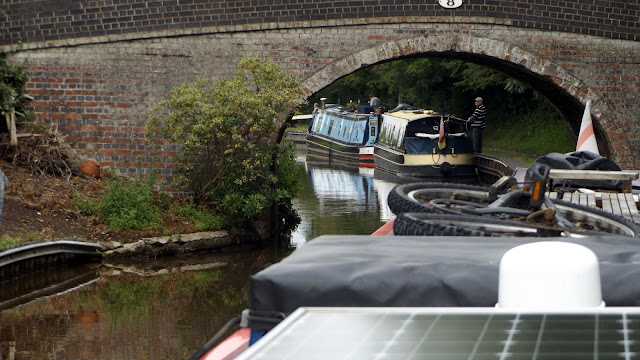 This was the last for the day, another half hour saw us moored up just past Platt’s Bridge.

This morning we had an earlier start, soon after nine. 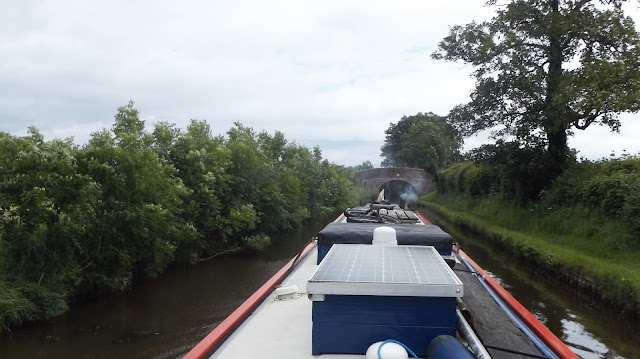 By ten we’d watered up above Hurleston Locks and started to drop down the four chambers to the junction with the main line. 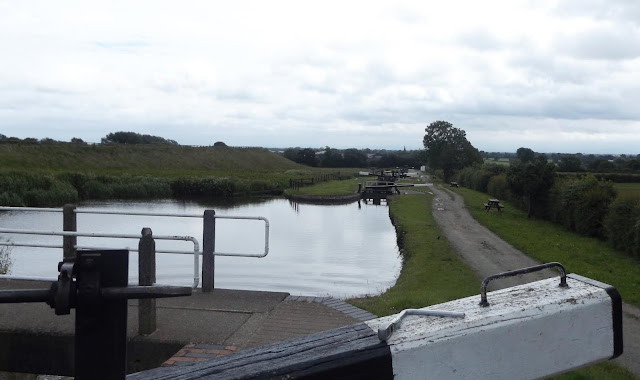 Looking a bit black behind us… 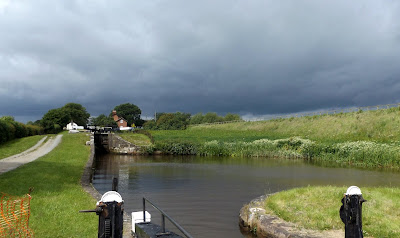 There was no-one coming up, and the bottom lock was operated by a pair of CRT chaps.
It’s very fragile now, the walls still slowly shifting inwards. Even our modern 6’10” hull is a snug fit now. 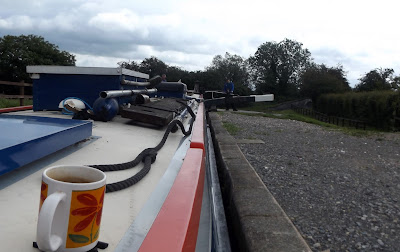 CRT are planning a four month stoppage this coming winter to rebuild the chamber.

At the bottom we turned right towards Nantwich, on the Shropshire Union Main Line. 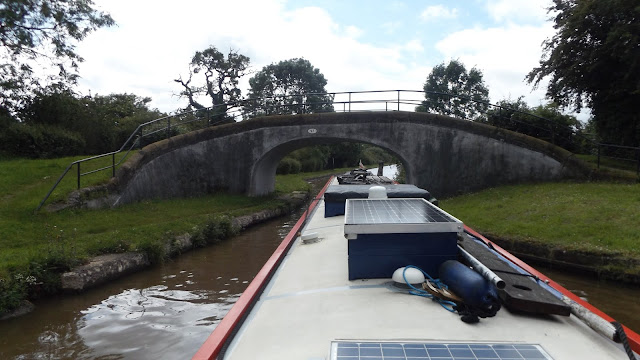 This section is broad gauge, opened in 1779 by the Chester Canal Company. It’s main purpose was the shipment of salt from Nantwich up to the Dee, hence the broad dimensions to accommodate river barges.

Coming into Nantwich, to the right is the terminus of the Chester Canal, ahead lies the Birmingham and Liverpool Junction Canal, opened in 1835 and taking traffic down to the Black Country. Note the width of the bridge, this canal is narrow now. 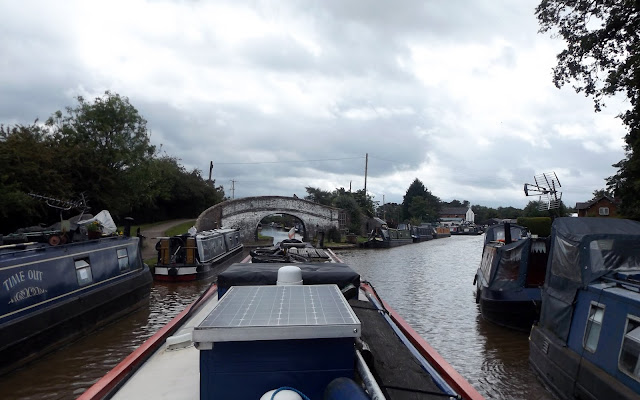 The Shropshire Union Railways and Canal Company took over both navigations in 1846.

We pulled in at Nantwich Marina’s service wharf for diesel, gas and a couple of bags of solid fuel. Well, you never know…

Then we toddled past the busy mooring, managing to slot in on the end before the aqueduct. 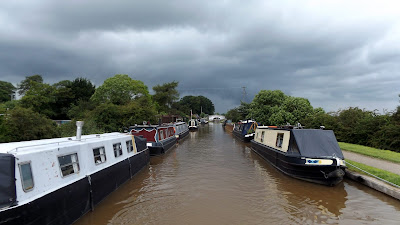 We timed it just right, as soon as we’d got the ropes out it started to rain. Showers this afternoon have moved away and we’ve now got some beautiful late sunshine. 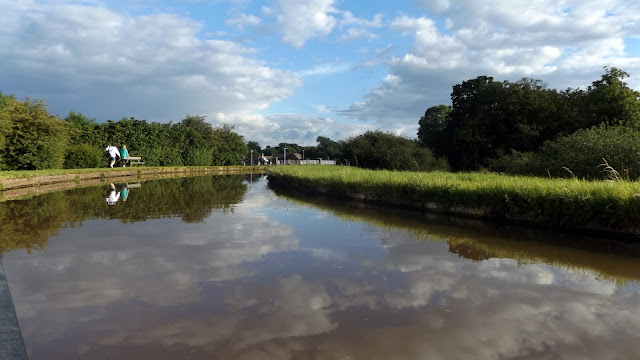 The stoppage at Wrenbury is supposed to last for two to three weeks to enable repairs to the embankment and the canal bank. I‘m hoping that’s not too optimistic…