I love it when a plan comes together…

Today dawned a bit grey and pretty windy, but had started to brighten up by the time we untied and set off, past a long line of permanent moorings on the offside.

Hi Nev, this one’s for you… 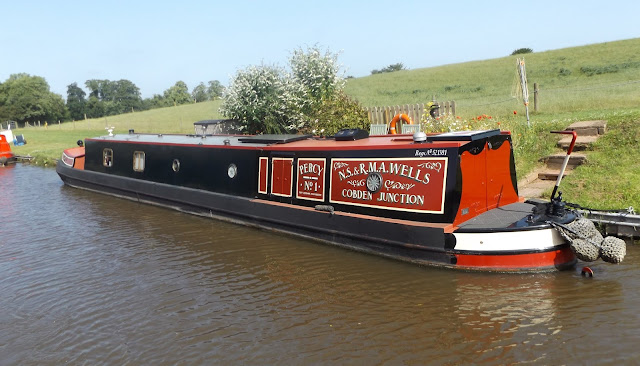 …And these are for Mags! 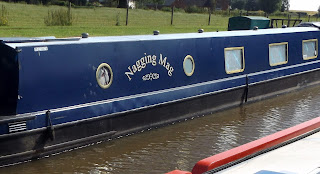 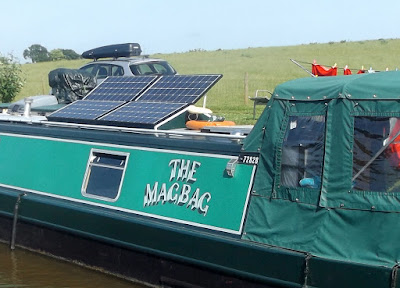 The moorings end near Bridge 42, with the Anchor Inn alongside. 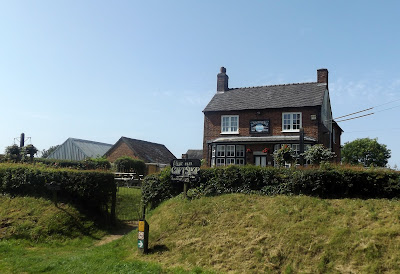 Shortly afterwards we entered the gloom of Grub Street Cutting. 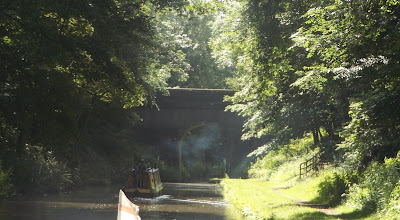 A little shallower and less dramatic than Woodseaves, but it does sport a curious double-arched bridge with a stumpy telegraph pole in the middle! 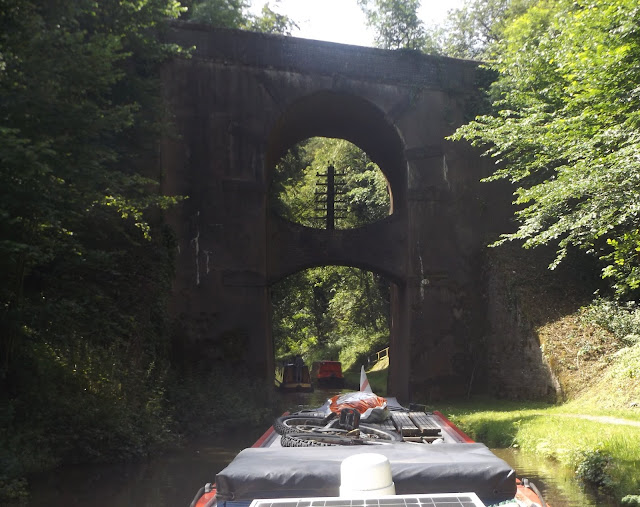 After this quiet and remote stretch, Norbury Junction is an opportunity for boaty bits and services, with good moorings either side of the junction. 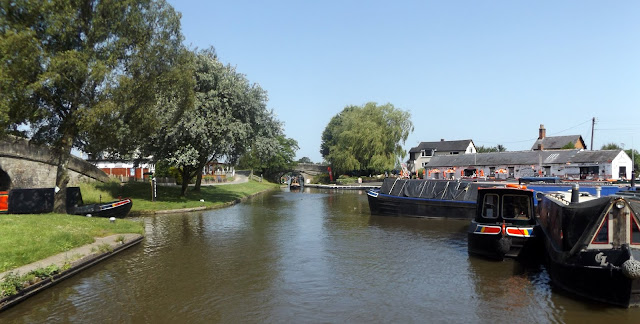 The junction, off to the left in the picture, once gave access to a network of waterways centred around the Shrewsbury Canal. Long since abandoned, only a short stub remains, leading to a lock now used as a dry dock. 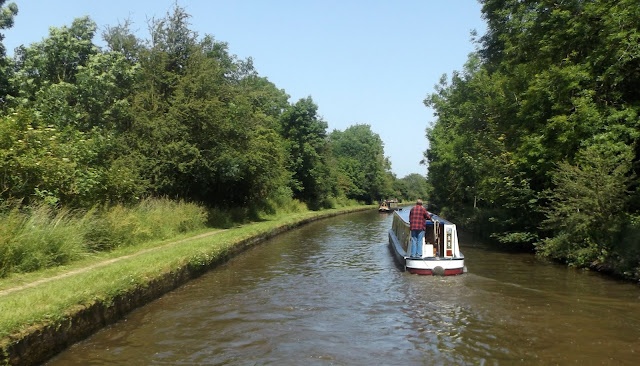 At either end are stop gates to protect the rest of the canal from a possible breach. 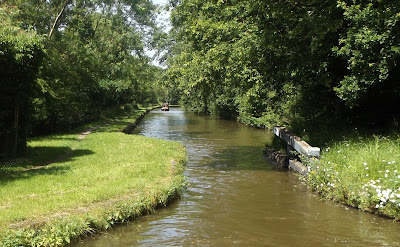 During WWII these were closed every night as a precaution against a Luftwaffe bomber pilot seeing the embankment as a target of opportunity. In fact our canal network was rarely directly targeted, damage was caused due to their proximity to docks and industry.

Just over a mile further on the canal reaches Gnosall Heath, a chance to top up the groceries and have a pint with pubs at either end of the village.


The Navigation at the west end… 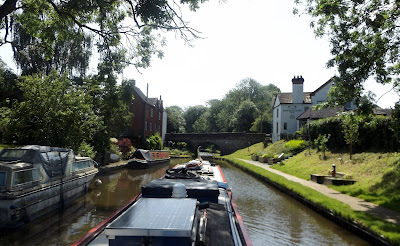 …and The Boat at the east. 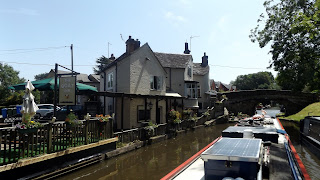 We pulled in on the outskirts of the village for a bite to eat and a comfort break, before heading onwards through Cowley Tunnel. 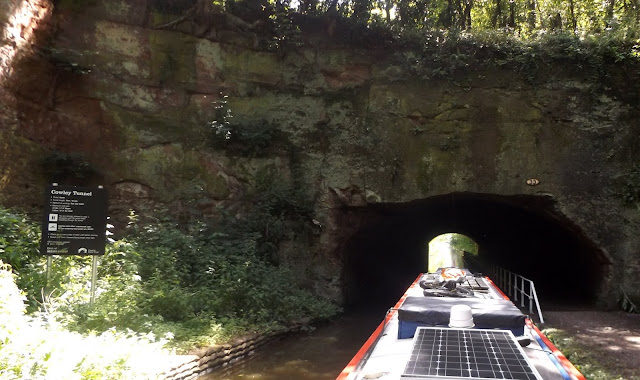 The tunnel was intended to be 690 yards long, but the instability of the rock through which it was cut caused it to be opened out during construction, leaving us with an 81 yard tunnel and a long, steep-sided cutting. 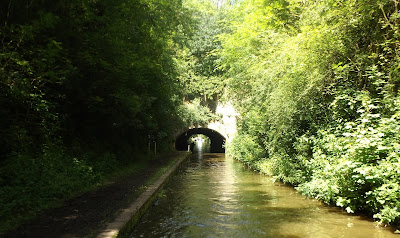 The west end is cut through the rock, but the eastern end is lined with dressed stone blocks.

Leaving the tunnel the canal passes through fine open countryside, over less impressive embankments and shallower cuttings as the terrain levels out a little.

Trees arch over the navigation in Castle Cutting. 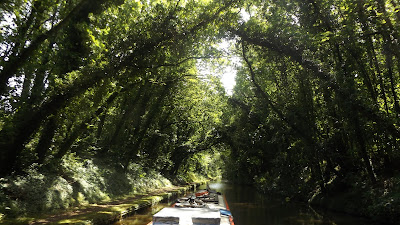 The final run into Wheaton Aston and our destination for the night is a long straight passing over three small streams piercing the low embankment. 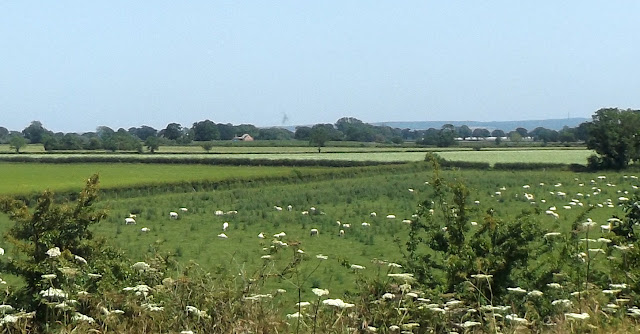 To the right of the picture, just visible on the horizon, is the Pye Green Tower, a 320 foot high communications mast built as part of a network during the late 1950s and early 1960s to provide line-of-sight microwave communications country-wide.

Into Wheaton Aston, visitor moorings on the left and in the distance the vacant wharf at Turner’s Garage, supplying what’s believed to be the cheapest diesel on the network. 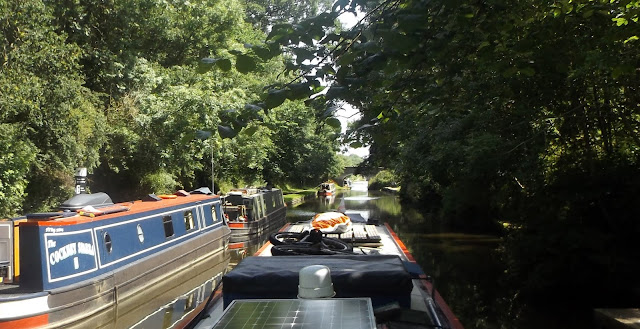 Well, it’d be a shame not to, wouldn’t it – even though we needed less than 50 litres.

After topping off the tank and picking up 10 litres of oil (the engine is due a service) we chugged under Tavern Bridge and moored in the sunshine between the bridge and the winding hole. It’s a preferable spot than in the cutting the other side of the bridge. 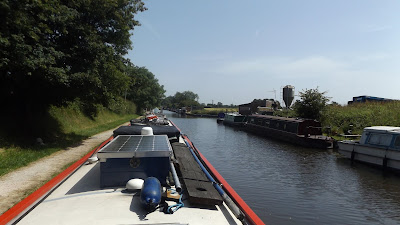 We were lucky to get on here.

That’s a nice picture - thanks. Not been back down to Weaton Aston since moving Percy, will follow you soon to get Percy blacked in Stourbridge. Enjoy the remainder of the shroppie.