The start of an epic voyage.

Yesterday, still at the top of Frankton Locks, we met a chap who’d just arrived at the bottom. He’d booked to come up the locks on Saturday, but got delayed till today.
Juan-Pablo is from South America, but now teaches Spanish in Oxford, and bought the boat at Maesbury to take back to Oxford. Not a bad trip, you might think. But he needs to be there in the first week of January, and the only experience he’s had is the 6½ miles from Maesbury to Frankton. And he’s on his own!
He came aboard Seyella to discuss routes and we decided his best bet would be the long way, back onto the Shroppie to Autherley, north on the Staffs and Worcs to the Trent and Mersey at Great Haywood, then south from Fradley on the Coventry, and the north and south Oxford. It’s further than the direct route across Birmingham, but avoids the long flights of locks up and down the Black Country plateau, and, more importantly, avoids broad locks.

He’d arranged passage up for this morning, and I walked down to give him and the lock-keeper a hand at 9 o’clock.

JP on NB Temeraire coming up the staircase locks 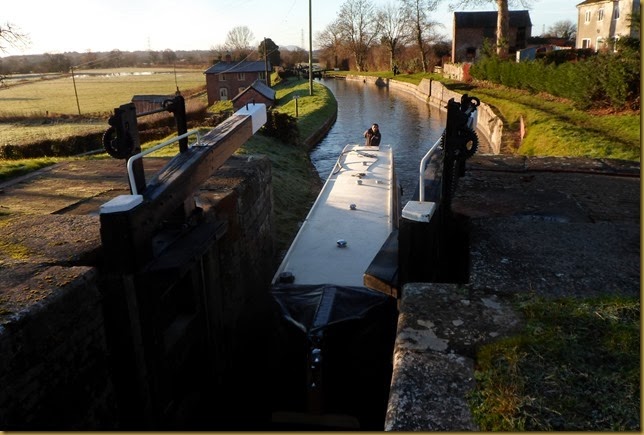 At the top, after a brew and ready to go. 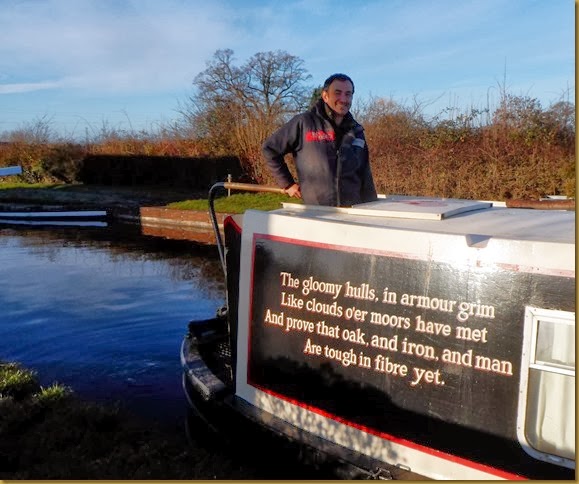 And off towards Ellesmere. 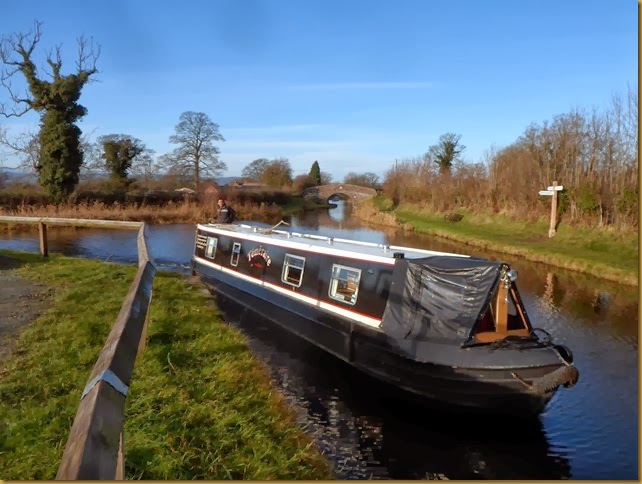 The boat is named after the 3 deck ship of the line, famous for her heroic actions during the battle of Trafalgar in October 1805. The first four lines of the poem “The Temeraire” by Herman Melville is painted on the rear panel. I think JP is going to have to be “tough in fibre yet” before the trip is over…. Good luck to you. We’ll look you up next time we get down there.

The day has been fine, if a bit on the cool side. 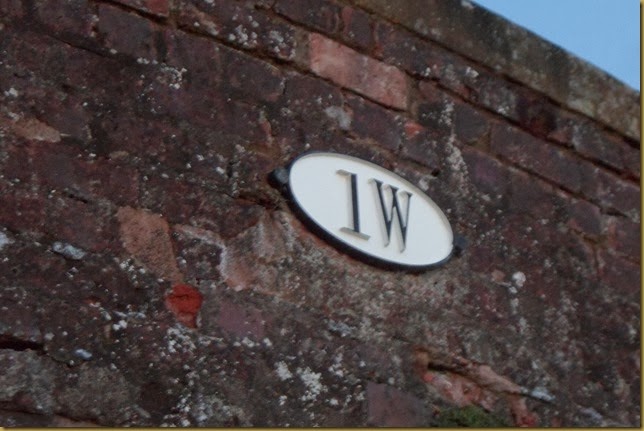 This first bridge above the junction is numbered “1W”. This should of course have been the main line, but was demoted when the canal was redesigned to run from Hurleston to join the Montgomery Canal at Llanymynech. Thus the bridges are now numbered from Hurleston to Llanymynech, and this section has to make do with the suffix W to avoid confusion. Now that the Llanymynech Branch of the Ellesmere Canal is considered part of the Montgomery, maybe the bridges should be renumbered again…

Me and my shadow… 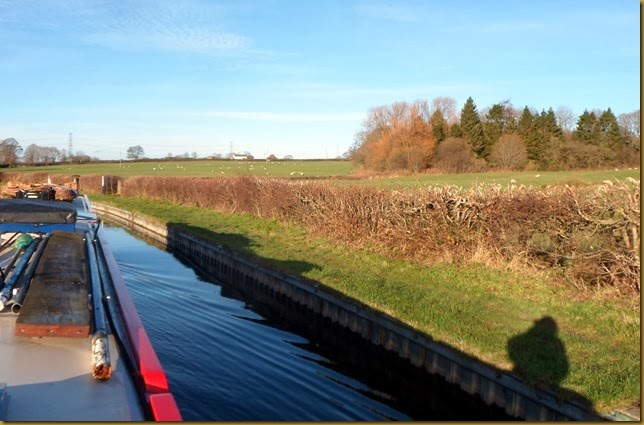 Maestermyn Bridge is on an awkward S bend, closely followed by the chicane caused by breasted up hire boats. 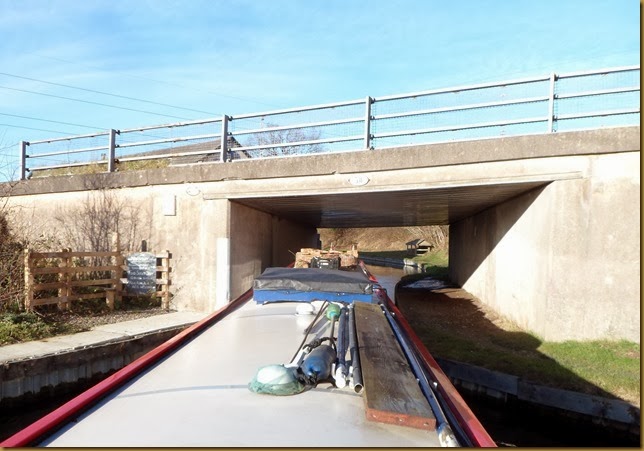 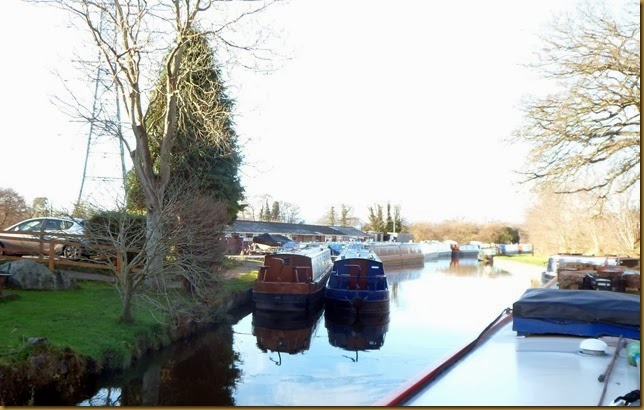 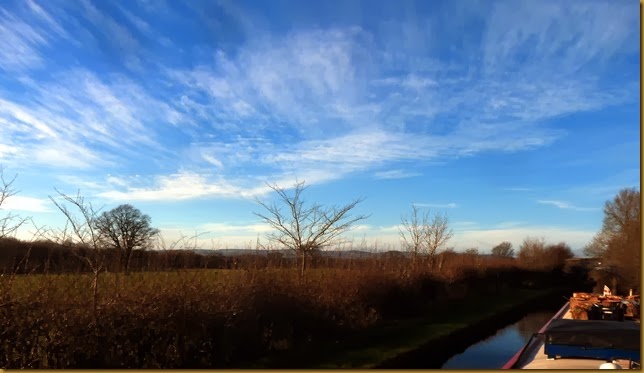 In retrospect, looking at the forecast for tomorrow, we should have gone up the last two locks at New Marton, instead choosing to moor below. Hindsight is such a wonderful thing, isn’t it. Still, if we time it right, we should avoid the rain.