Well, yesterday wasn’t as bad as predicted. We had a light shower early afternoon, and it stayed breezy, but the weatherman was a bit pessimistic. We still had a lazy day though, staying put near Bradley Green.

Today we got away at around 09:30, leaving a trio of noisy dogs behind on the off-side. They turned up this morning, running up and down the bankside barking at anything that moved. I’m glad we had 25 feet of water between us, when they saw Meg they were almost hysterical. 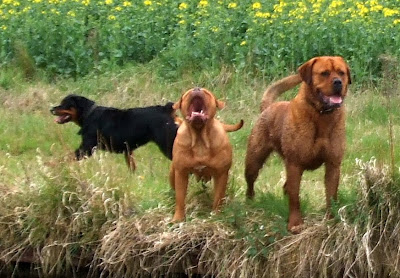 Just under the next bridge is Grendon Dock, with several fine ex-working boats tied up or in the dry dock. 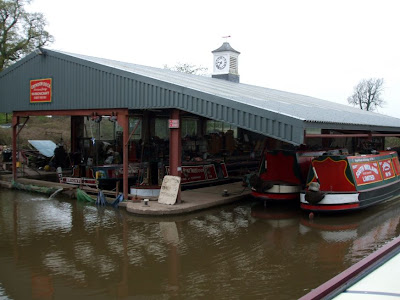 The canal weaves it’s way steadily north-westerly, with the railway being a constant presence on one side or the other. Just before Polesworth there’s a derelict swing bridge, with a tree now growing through the bridge deck! 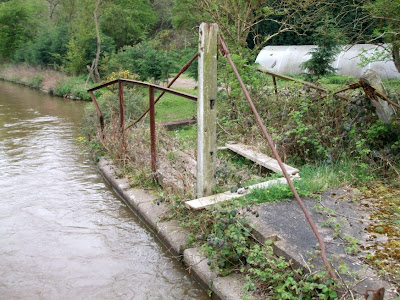 We made a quick shop-stop in Polesworth, before resuming our trip towards Tamworth. 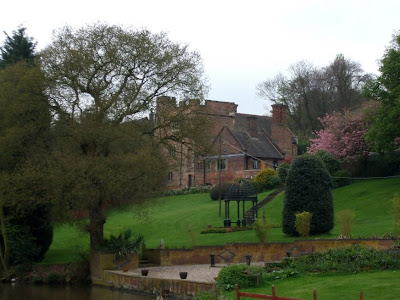 This area was heavily industrialised, with collieries, a brickworks and pottery. Little remains of this activity, but there’s still a large spoil heap alongside the canal near the M42 crossing. 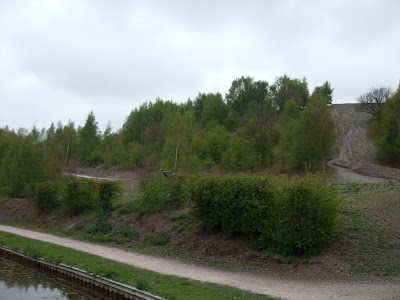 Before Tamworth there’s a fleeting glimpse of the 12th C Benedictine Alvecote Priory. 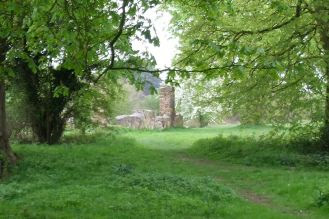 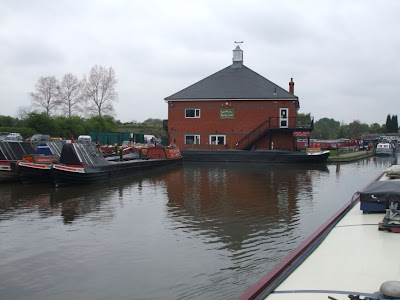 The marina has a couple of “houseboats” on the canal here, one of which is for sale. 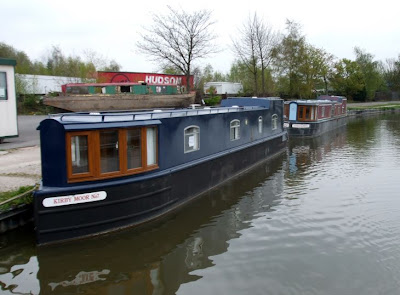 We wended our way through the suburbs of Tamworth, to the two locks at Glascote. At the top lock is the well-respected boat builder, Steve Hudson. 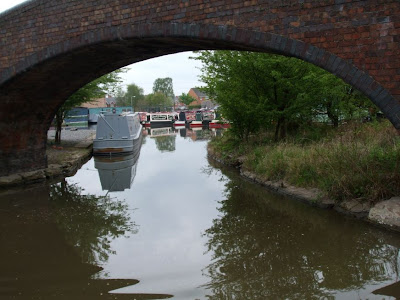 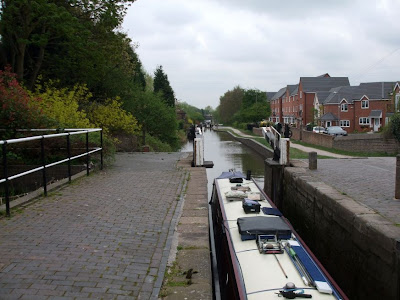 We were lucky with the locks. A boat was just ready to leave the top lock as we arrived, and another was waiting for the bottom lock as we left.

Fazeley Junction is just less than a mile from the locks, and we turned right here onto the Birmingham and Fazeley Canal.

Fazeley Junction, with Fazeley Mill keeping an eye on everything. 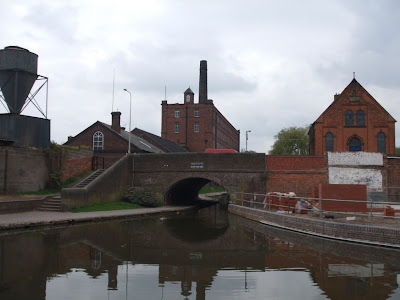 The local British Waterways office is in the new-ish development at Peels Wharf. 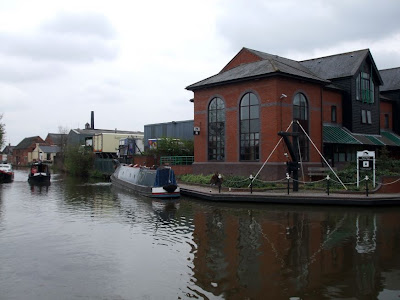 The enterprising Robert Peel and John Wilkes got together in 1790 and had wharves, mills, warehousing and chapels built, making Fazeley an important canal centre.

There’s a stretch of good moorings past the wharf, but we carried on, out to the village of Hopwas for the night. 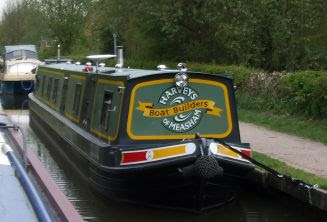 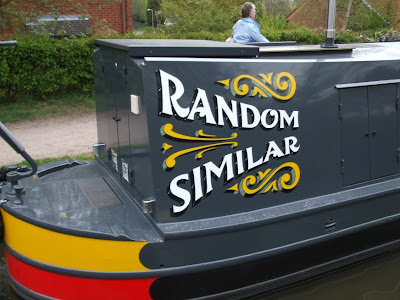 It’s been much better today. Overcast but dry and with little or no wind. Tomorrow is much the same, so we’ll head up to Fradley junction and the Trent and Mersey Canal.

I understand the difference between flight and staircase locks, but what makes a lock "top" and "bottom".
Can 2 locks be a flight (Glascote locks) or more than 2.