Well, it's been a while since I last put electronic pen to paper, and a lot has happened.

I last posted as we arrived at Pillings Lock Marina, we stayed there a few days then set off downstream, back out onto the Trent to meet friends Caroline and Ian (NB Calan Lan) and headed off down the Trent towards Nottingham

Following Calan Lan down the Trent on August 6th 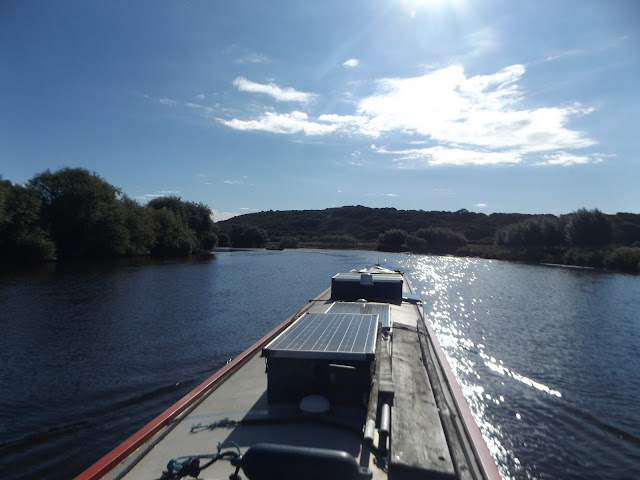 We moored in Nottingham near Sainsbury's for a couple of days, intending to head on to Newark.

But it was then that the plans all fell apart. Ian had had a problem with an eye and had to head back home to Scotland to deal with it, and Mags hadn't been her usual self for a few days. So we decided to head back to Pillings while they stayed in Nottingham.

Mags was due her bi-annual ERCP and stent replacement in September, and I thought it likely that she could have have an infection in her bile duct due to a blockage, it's happened before. So I got in touch with the team at the Royal Shrewsbury Hospital and arranged an appointment to get the procedure done.

But we didn't get that far. Mag's health deteriorated rapidly to the extent that I had to call an ambulance to get her to A&E in Leicester, where it was touch and go for a couple of days.

They got the infection under control though, and she was transferred to a medical ward in Leicester General Hospital to recover. It took a long time though, and she spent 6½ weeks in total away from the boat. Final rehab was at Loughborough Hospital, so at least she was local for the last couple of weeks. They were reluctant to discharge her to the boat, concerned about whether it would be a safe environment for her, but we managed to convince them and she returned home on October 12th.

Homecoming, with three Occupational Health people and the two ambulance crew in attendance! 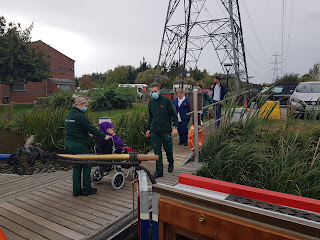 Meanwhile, while Mags was away, I'd invested in a project. I'd always hankered after a proper Dutch barge, a Tjalk to be specific. Beautiful lines on these traditionally built vessels. Anyway, opposite our mooring and for sale was Hendrika, a 46 x 10 foot barge, launched in 1904 near Amsterdam. 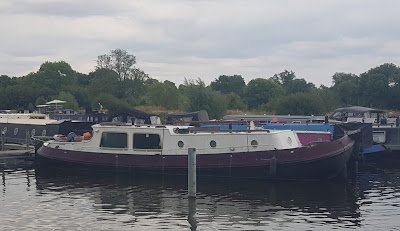 I had a chat with the owner, we negotiated a price and I arranged a survey at Redhill Marina.
Out of the water for a look-see... 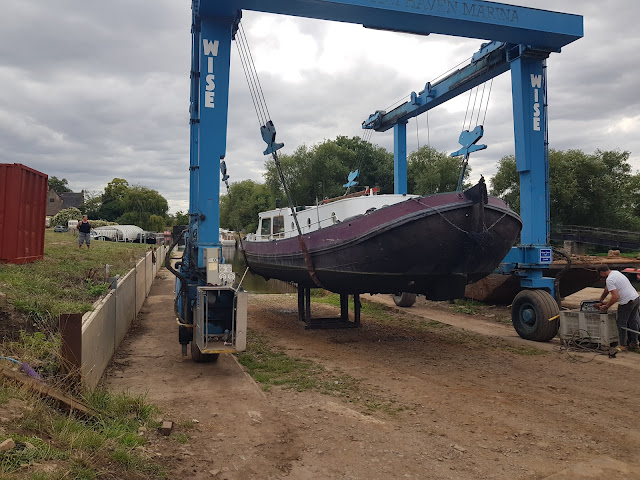 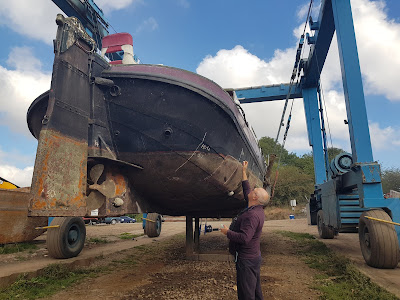 As you can see, she's been over-plated but the surveyor reckons it is well done. In fact there was very little he had concerns about, the hull and running gear are sound but some of the services didn't work so he couldn't check everything.

Anyway, the long and the short of it is that we now have two boats. I've spent the last three months gutting the dated and quirky Dutch fit-out, and installing a new interior more suitable for living aboard. Of course, there was quite a bit of remedial work to do that only became apparent when she was empty... but that's another story.

I'm nearly there now, but, as you know, boats are never totally finished, there's always some little job that needs doing or something that can be improved. But I expect that she'll be ready to move onto in the next week or two. I'll be waiting till the Spring to tackle the tired paintwork, haul her out again for shot-blasting the hull and applying 2-pack epoxy, and then getting a folding wheelhouse constructed. Meanwhile we'll probably stay here in the marina, maybe toddling off for a few days if the weather is clement.

So... it's impractical for us to keep two boats, so Seyella will be going on the market. We'll be sad to see her go, she's served us well these last 16 years, but it's time for a change. 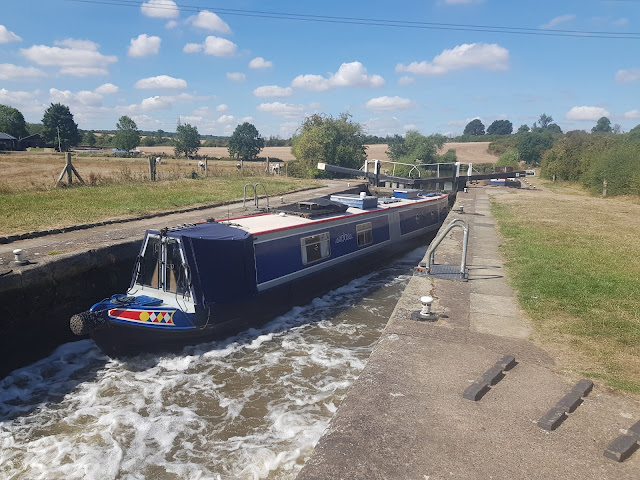 I'll be looking for around £56,000.  So if you know of anyone looking for a well equipped live-aboard 57 foot narrowboat point them this way...

More updates will be forthcoming, including pics of Hendrika. Until then, TTFN.

Relieved everything is ok and your back blogging, you had us worried
Ray & Jayne (ex No Direction)

Good to hear from you again, so glad that Mags is back home and that you've just been too preoccupied to write.
Good choice on the Tjalk front, they have such beautiful lines. If we were ever to go wider than Oleanna, then we'd be heading in that direction too.
Pip, Mick and Tilly (NB Oleanna)