After two fine days (and one wet one) moored opposite Chirk Marina it was time to move on.

The adage was right yesterday – “red sky in the morning, shepherds warning” 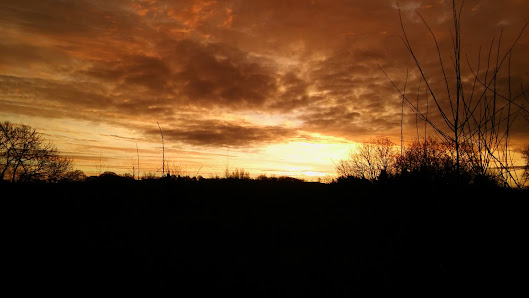 By mid morning it was raining mixed with sleety stuff. Not pleasant at all.

That’s why we held off till today, but we had to be tied up by lunchtime to avoid the next spell of rain moving in from the west.

I’d eyeballed some logs when out with Amber, so we paused to pick them up at the northern end of Chirk cutting, then cruised along to and through the tunnel. 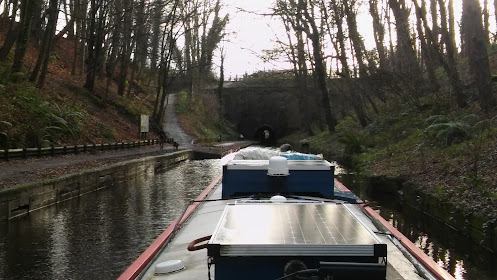 We had to wait for a boat coming across Chirk Aqueduct but not for too long, although it takes twice as long to cross going up as it does heading down. 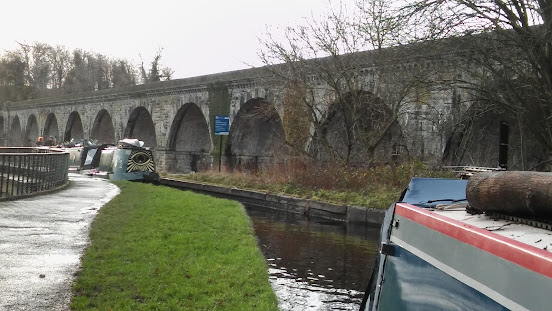 Over the River Ceiriog and back into England. 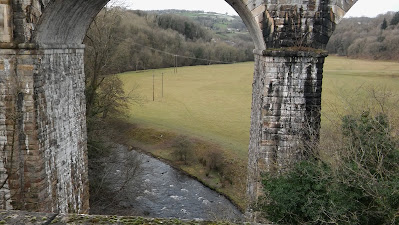 we pushed on along Chirk Bank and pulled in outside The Poachers. Quiet here, surprisingly. Tomorrow’s wet again so we’ll stay put I guess.

The new lithium batteries seem to be behaving themselves. They’re fully charged after 90 minutes off the engine, and seem to absorb more amps off the solar panels too. We were showing 22 amps at one point on Tuesday, not bad for this time of year. Of course, unlike Lead-Acid these won’t suffer by not being fully charged. In fact they prefer to stay between 20% and 80% of capacity. I just aim to put back what we take out.

We’re heading back to Ellesmere now, but it’ll be another 10 days or so before we get there.