…but there’s light at the end of the tunnel!

The Trent is still up, around 4 feet higher at the entrance to Trent Lock than normal. There’s no way we’d fit under the lock-tail bridge, even if we were prepared to tackle the very fast-running river past the entrance. 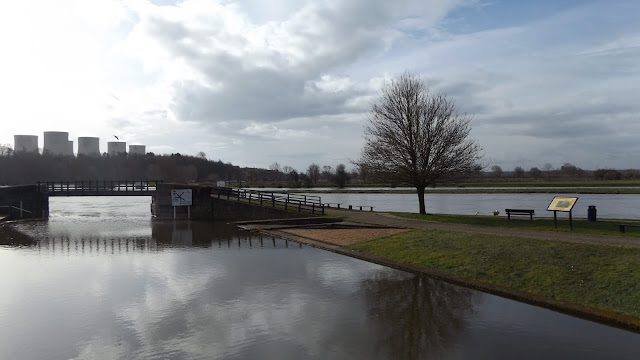 We didn’t get too much rain over the weekend, unlike some parts of the country. But the Trent is a long river, tracing it’s source onto the fells to the north and east of Stoke-on-Trent. It has several tributaries upstream of us, and they’ll all be fetching water down. But it seems to have peaked last night at around 2.25m at the monitoring station at Shardlow (https://riverlevels.uk/river-trent-castle-donington-shardlow#.XI_vEfZ2vDc), which is about 1½ metres above the seasonal norm.
It’s dropped about 4” here since this time yesterday, and with no more rain forecast I would expect the rate of fall to improve. 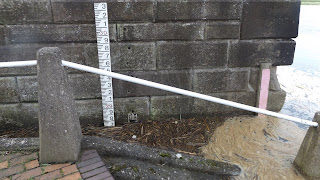 The wind has dropped too. All being well we’ll be heading up to Shardlow and the Trent and Mersey Canal by the weekend. 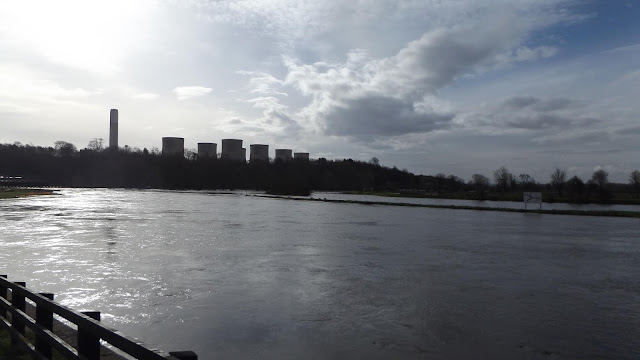 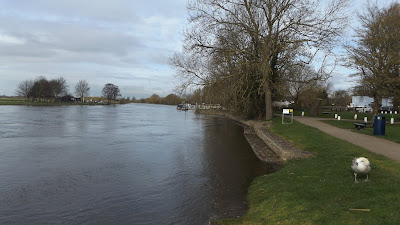 Meanwhile we’re pottering about. We did take a short trip up the cut on Thursday, breezy but dry and bright. We turned around and came back to moor in the same spot. 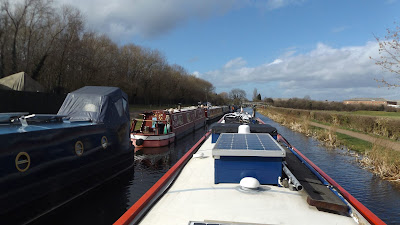 Paul on Lizzie arrived on Friday after his trip up to the end of the Erewash Canal. He was the one who moored opposite us on the pontoons on the river a couple of weeks ago. The weather has screwed with his plans though, he’d recently bought the boat from Castle Marina in Nottingham, and arranged to have it hauled out and blacked early next week. He thought he’d have a few days out before heading back to the marina for the blacking, but the wind and rain has put his return trip back somewhat. He could still make it though, so long as the river co-operates.

We’re looking forward to getting going again, these enforced stops are not normally on our agenda!

Hi Ade, sorry I've not responded to your comment earlier. You're right, clicking on a picture doesn't enlarge it like it used to. It must be something to do with the awkward work-around to get the photos on the post in the first place. Hopefully Google will sort out the issues between Blogger and Open Live Writer soon, but I'm not holding my breath!

There you go, what ever happened to the old adage if it ain’t broke don’t fix it!
Cheers for the follow up comment Geoff.