Sunshine and wintry showers as we head to Llangollen.

Another fine sunny morning as we got ready to move turned to rain. So we hung on a bit, waiting for it to fair up.

It was still looking grey as we set off, but at least it was dry – for a bit. 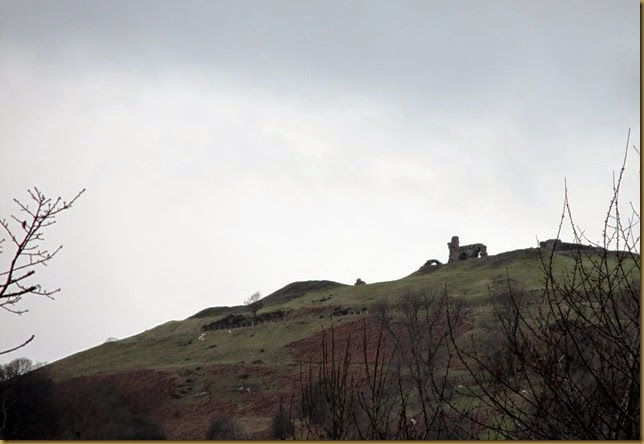 Through the Bridge 41W and we enter the first of the narrow sections, this one about 300 yards long. 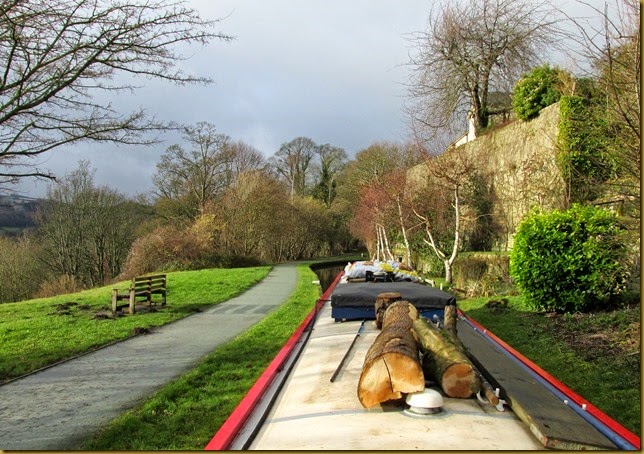 The canal from Trevor was never intended to be a main route, only as a navigable feeder. So where it was impractical (or prohibitively expensive) to cut a full width channel, only a narrow cut was dug. Just wide enough for one boat, with a bit of wiggle room either side.

Looking up the Dee 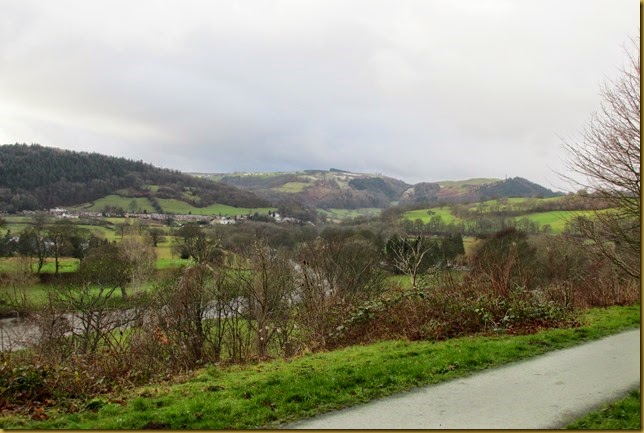 We were treated to our first sleety shower soon after, which turned to snow for a short time as we met NB Abigail at Bridge 43W.

A bit of a squeeze… 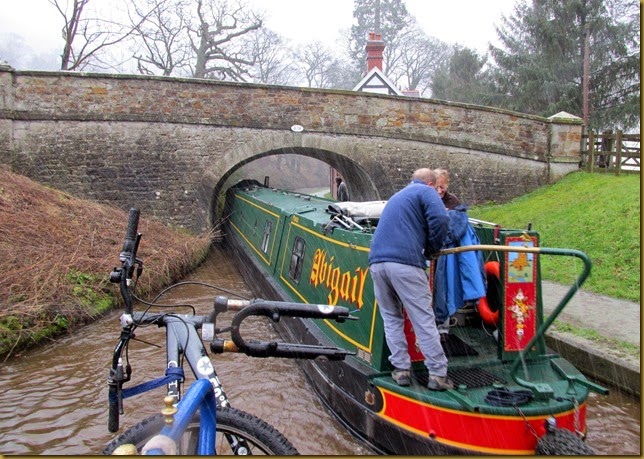 The sky cleared and the sun came out, giving us another view of the castle on the hill. 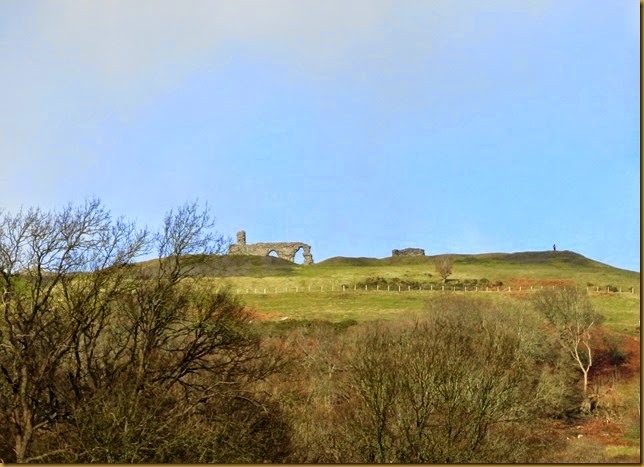 It lies directly above the mooring basin, and I usually have a walk up there. More of a stiff climb, though, really. Around 700 feet above the canal. If the weather behaves itself Meg and I’ll head up there in the morning.

The valley narrows, squeezing the Wrexham Road closer to the river as it approaches Llangollen. The valley sides steepen as well, leading to the second and final length of one-way canal. 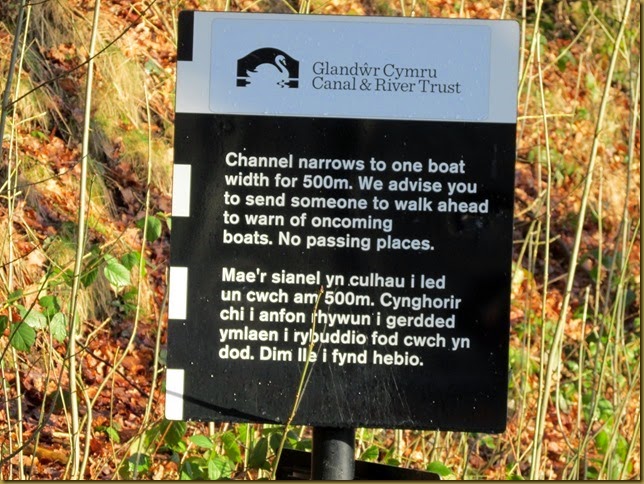 Although the construction of Pontcysyllte Aqueduct was a considerable achievement, cutting this channel high above the river on the valley side was no mean feat either! 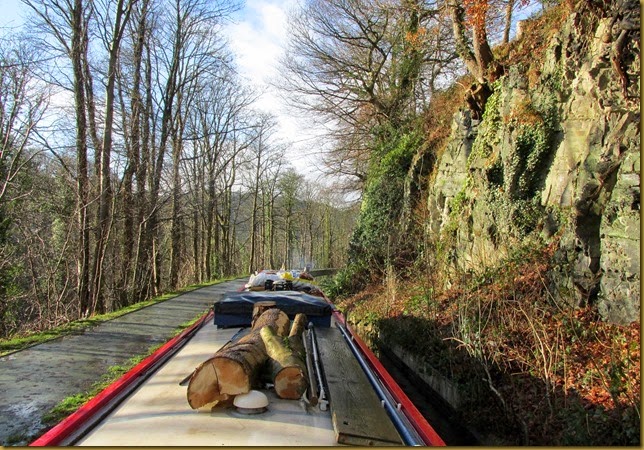 The channel widens again at the linear moorings above the town, given over to Winter Moorers at this time of year. We filled and emptied at the services, then carried on to the relatively new mooring basin at the head of the navigation, passing through another awkward narrow section on the way.

Looking down on Llangollen 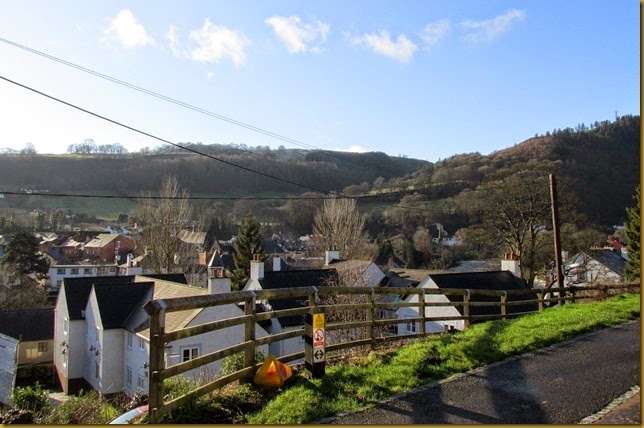 A bit of an awkward kink between the houses. 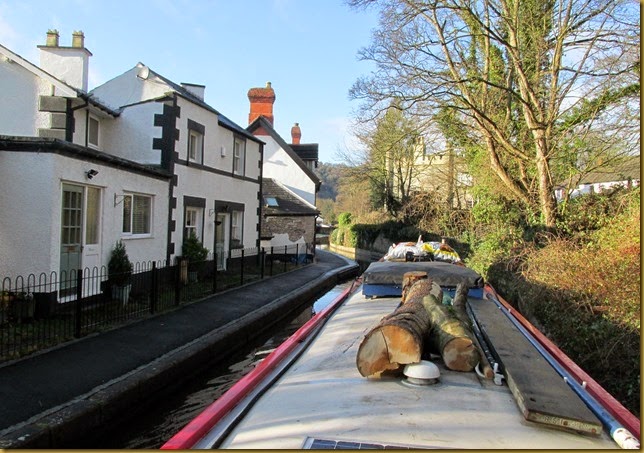 It’s quiet at this time of year, but you can imagine the chaos here at the height of the season!

Turning into the basin. 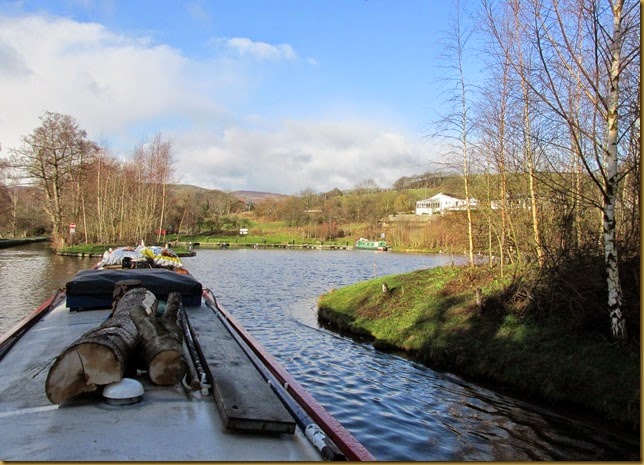 Only one other boat here at the moment, but we met two leaving, luckily not in the narrows.

The wind had started to rise again as we arrived, and it’s been strong again this afternoon. It’s calming down again a bit now.

This afternoon I had one or two maintenance jobs, one of which was the replacement of the motor in our stove-top Ecofan. 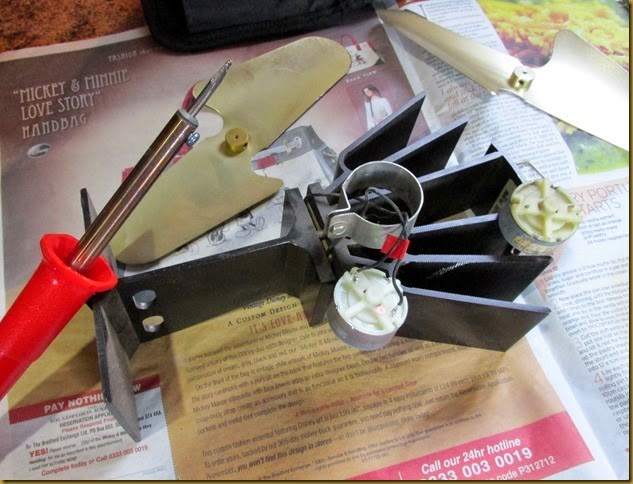 All done and working, and blessedly quiet! 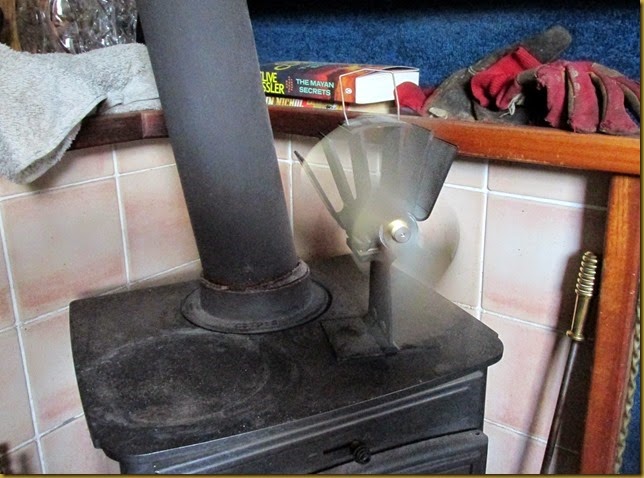 We’ll be here for the weekend, now.