After a weekend in Ellesmere it was time to move on. Not that there’s anything wrong with the town, I actually quite like it.
The castle mound on the edge of the town is the only evidence of a wooden motte and bailey construction built in the 11th century. Like the rest of the town it seems to have had history pass it by, held by several successive families but never involved in any of the Marcher conflicts.

The town sits on the turnpike from Wrexham to Shrewsbury, so boasts at least two coaching inns, the Red Lion and the Black Lion. 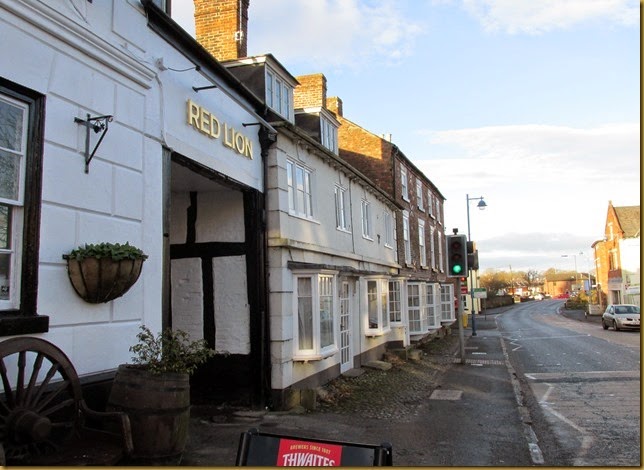 The canal, built in the early 19th century, brought more prosperity, a lot of the more imposing buildings in the town date from the Georgian Period. Beech House, opposite the entrance to the town arm, was built in 1805 as canal company offices and the temporary residence of Thomas Telford, the supervising engineer for the construction of the navigation. 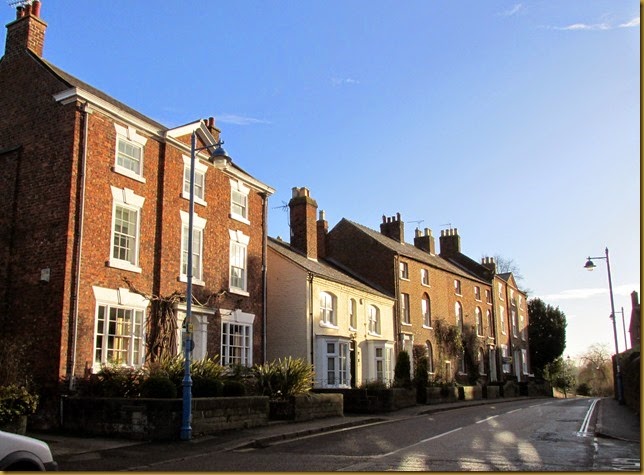 The Mere from behind Ellesmere House 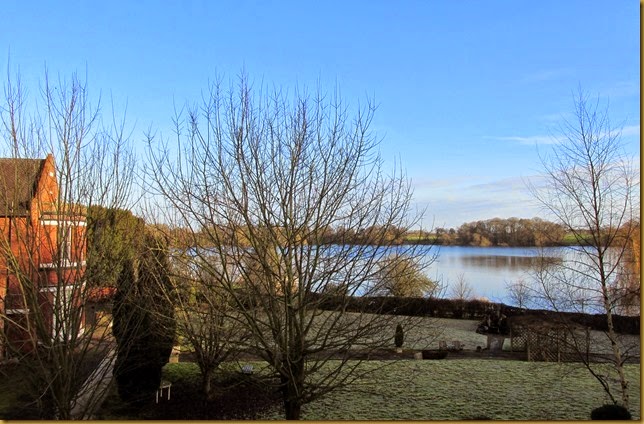 The modern town still has a country market town feel to it, even though it has no less than three supermarkets (two small and one larger) it still has a high street butcher, baker, pet shop, chemist, newsagent… All in all a pleasant place to spend a little time (and a little money…) in.

The town hall sits on the junction of Scotland Street, High Street and Cross Street. 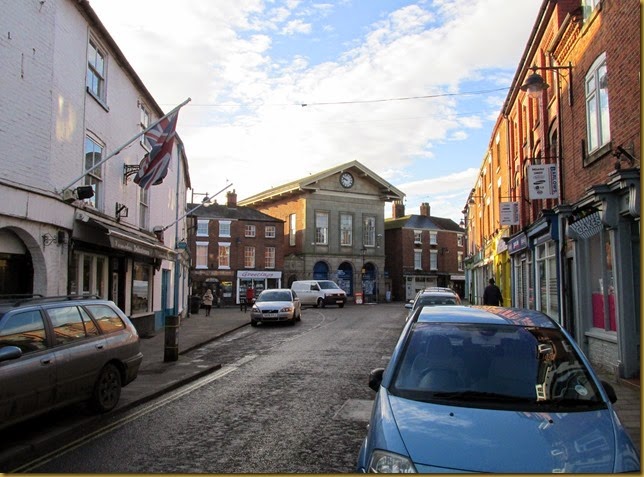 The wharf is an open, paved area now, dominated by the recently-built Tesco store. Only one company warehouse still remains as a reminder of why it was built. A 1950’s Ordnance Survey map shows rather more buildings close to the wharf. 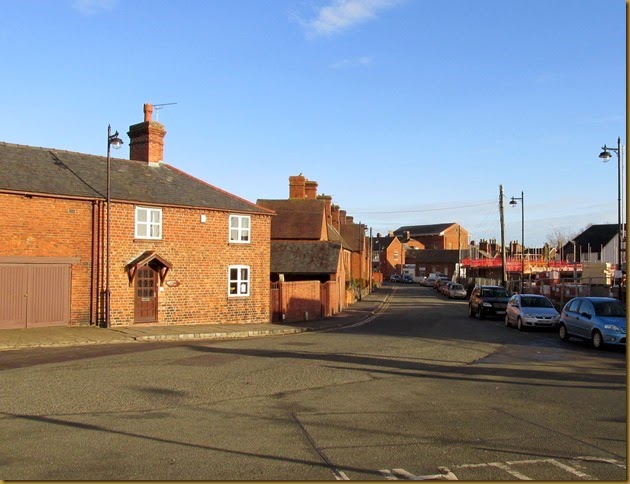 …as must the large house overlooking the basin. 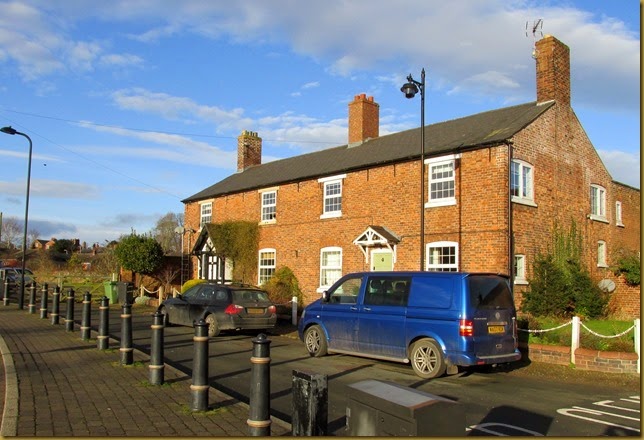 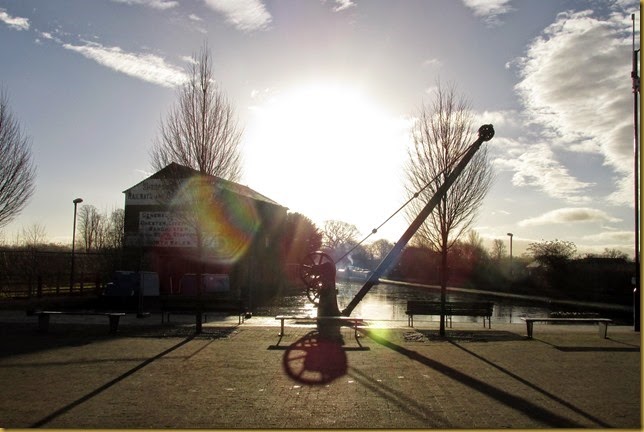 Sunday morning we had a thin skin of ice on the arm, but it was all gone by lunchtime under the bright sun. It can get really thick on these still waters. But with the proximity of the town the arm is very popular as winter moorings. There is still space for us transients, though. 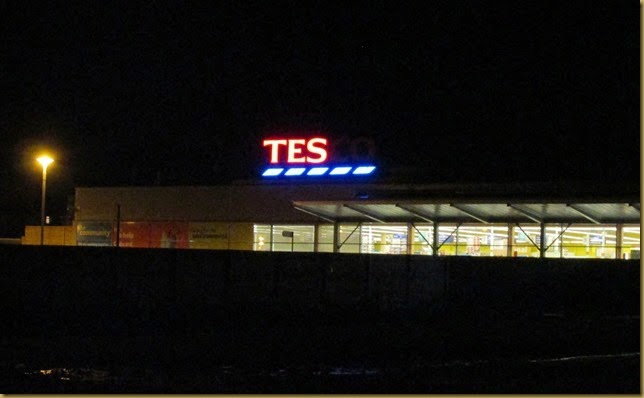 I had a good chat with Iain, who used to have NB Gosty Hill and supplied solid fuel on the Ashby and Coventry Canals till about three years ago, putting the world according to C&RT to rights. Then we untied and set off back to the main line.

First port of call was Blackwater Meadow Marina, where we spent ¾ of an hour wedged in the entrance taking on diesel and a replacement gas bottle, then out again and onto the services to fill the water tank.

Blackwater Meadow Marina, a bit busy in there. 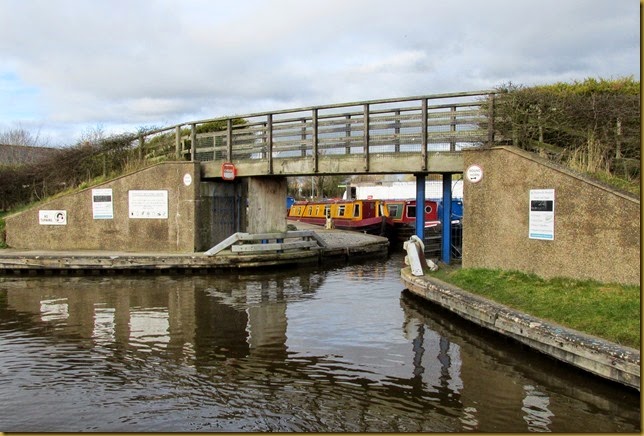 Filled up at both ends we had an uneventful cruise back to Coachman’s Bridge. Uneventful apart from a close encounter with another boat under Bridge 60… 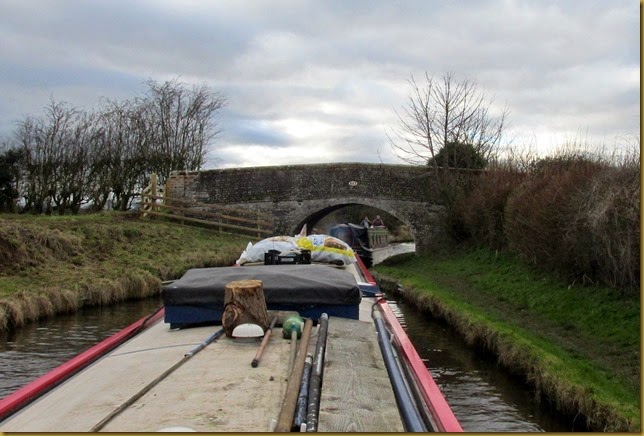 A common occurrence in the summer, but unusual at this time of year.

We’ll be stopping here tomorrow, the bird feeders are up and already being well patronised. Then on Thursday we’ll be dropping down Frankton Locks on the Montgomery Canal.

Oh, talking about bird feeders, KevinToo asked why I didn’t empty the peanut feeder onto the ground as well as the seeds. I was always told that peanuts could choke smaller birds if swallowed whole. On the ground they can’t break them up into bite-sized pieces. So there you go…

Was the boat at the Bridge Hole NB Centurion, ex Challenger Shareboat? Looks very familiar to me.