We had a good night in The Albion last night, catching up with Mo and Ness over a pint or two. Wide ranging conversations included crossing The Wash by narrowboat and what really happened to Adolph Hitler!

I had to sweep the stove chimney before  could light the fire this morning. It had stopped drawing well, with burning wood the soot had built up in the flue, restricting the airflow. It’s burning much better now.

That done we said our goodbyes to Mo and Ness. We wished them a Merry Christmas and Prosperous New Year too, as we’ll not see them again this year. They’ll be around Market Harborough  through the winter. 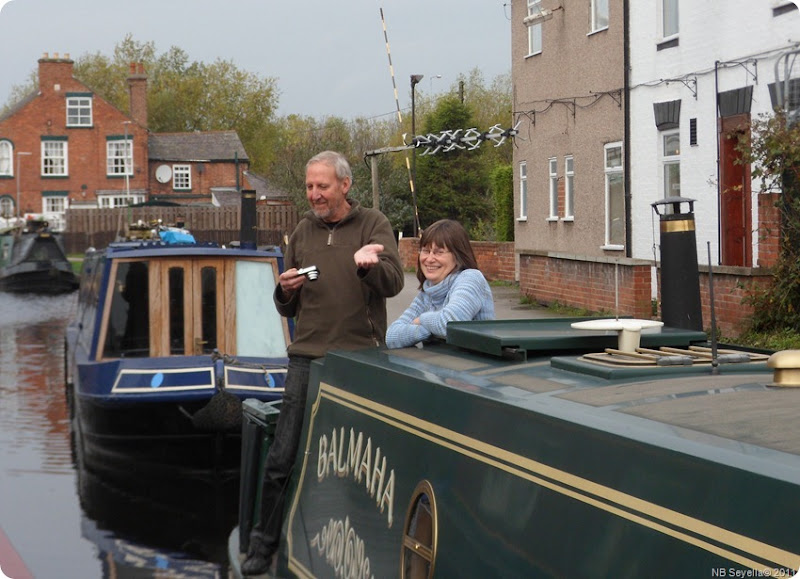 I think Mo’s hoping for a mooring fee from us for breasting up last night. No chance! Have a good one, see you next year.

The first lock of the day was just around the corner. 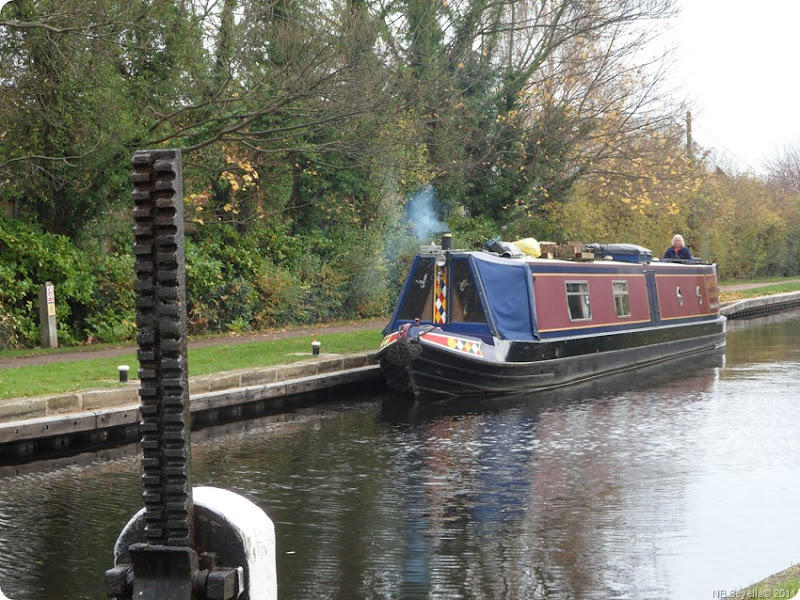 It takes a while to fill the chamber, mainly due to the amount of water escaping at the other end! 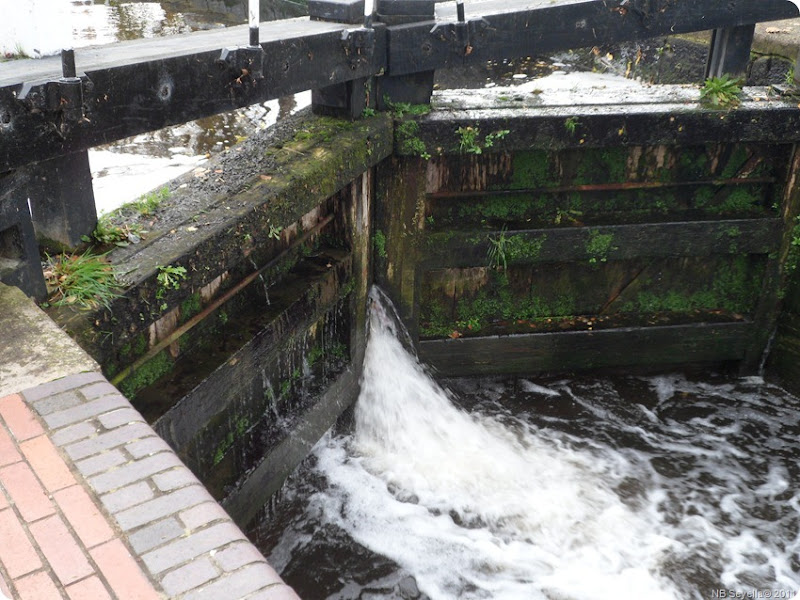 A half-mile away was Bishops Meadow Lock, where we dropped the rubbish then dropped down the lock, rejoining the river not far below.

Back on to the river below Bishops Meadow. 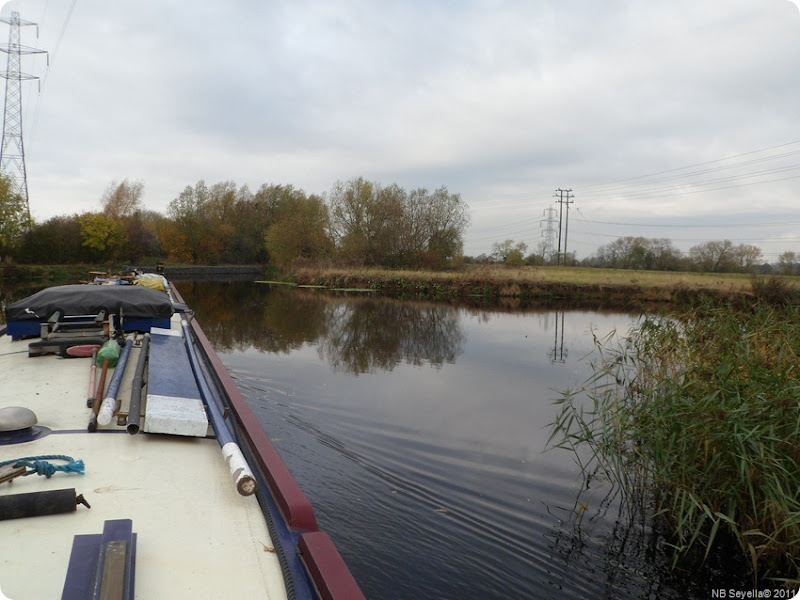 When  it’s wet and the river is running strongly there’s a considerable flow coming in from the right. Not much at all today.

It’s a couple of miles of delightful river, past Normanton Upon Soar, before the short Zouch Cut leading to Zouch Lock.

It does get quite full, this river…… 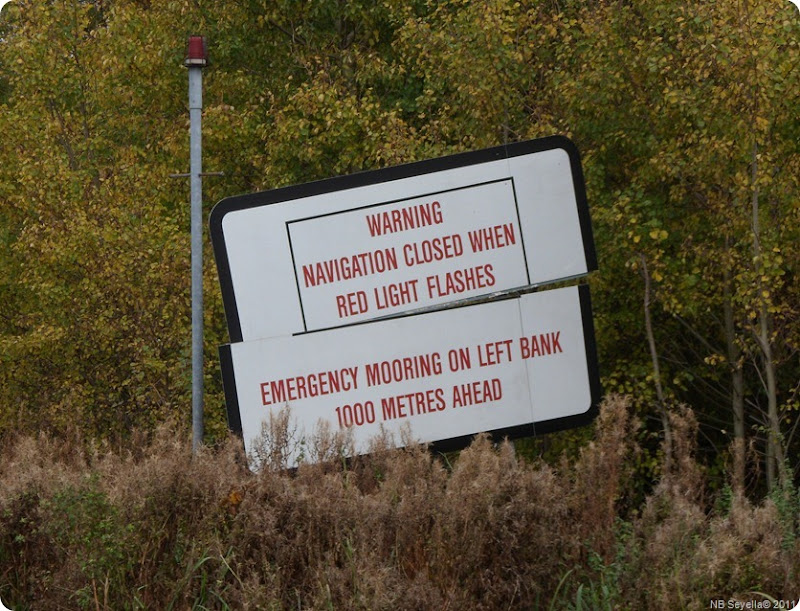 ……And here’s the emergency mooring. 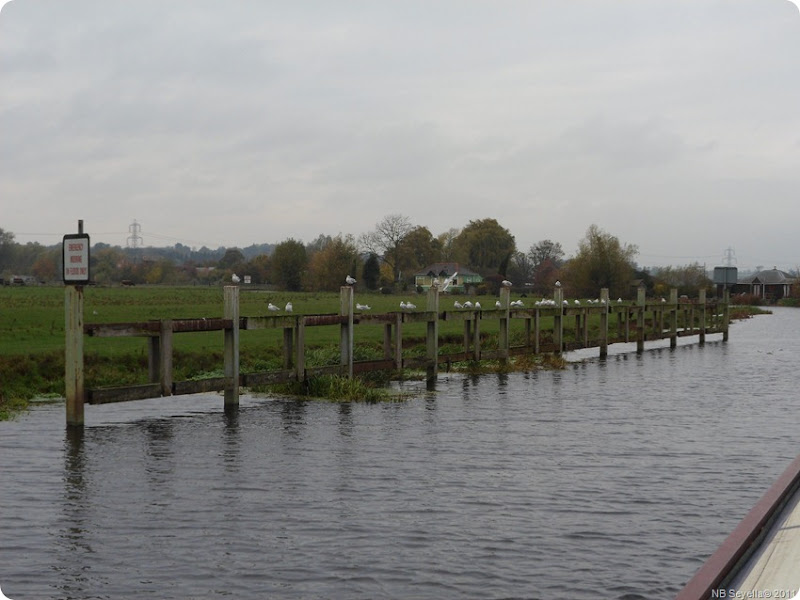 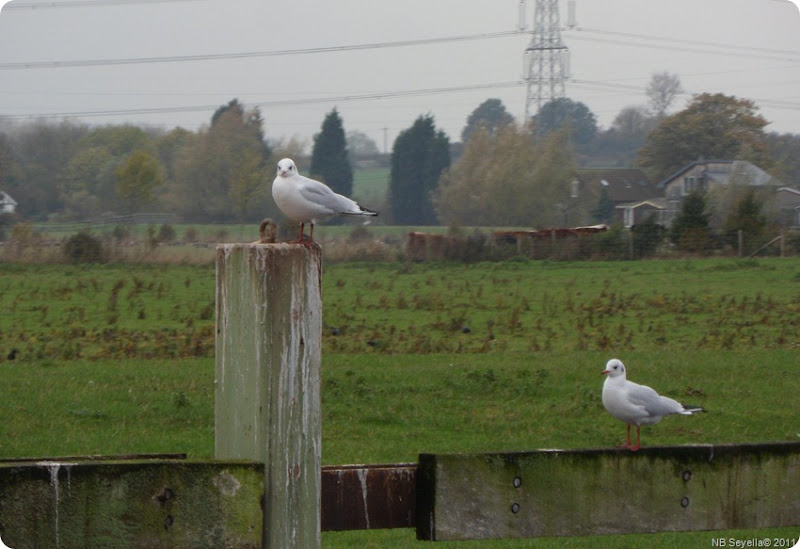 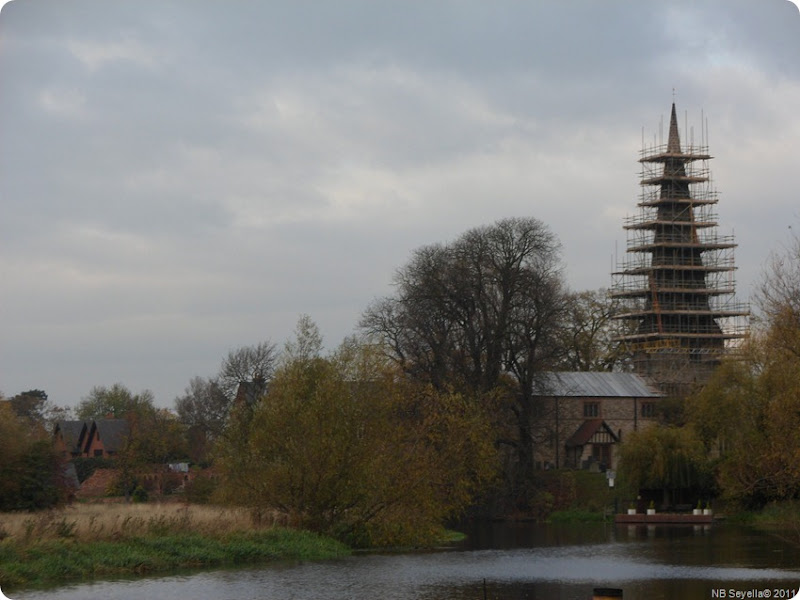 We descended Zouch Lock and back onto the river we had another mile or so before pulling in at Devil’s Elbow, not far from the village of Sutton Bonnington. 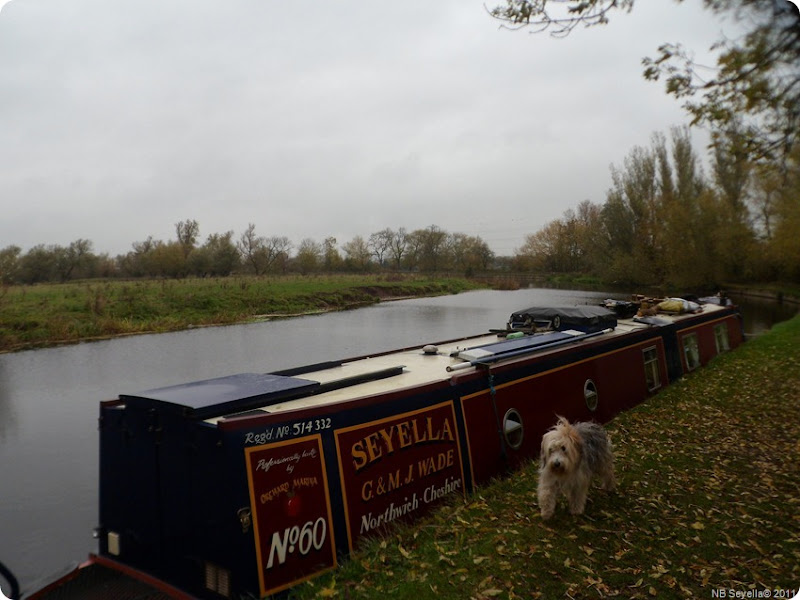 This is another fine stretch of river between Zouch and Kegworth, but marred by low flying aircraft in and out of East Midlands Airport at the Kegworth end. It’s a bit quieter here.
We may stay here tomorrow, then move on to Sawley on Friday.

Thanks Andy for the comment on yesterday's post. It's a shame we missed each other at Pillings. Had a look at your website, very impressed. It's now on my reading list! Brindley looks well, she (he?) will be fine over the winter.